The ages of the children affected range from 3 to 18, Persichilli said, and nine of the cases have also tested positive for Covid-19.

Three of the individuals are currently still hospitalized.

Louisiana reported a total of 35,038 cases on Tuesday, up 329 since Monday’s report. More than 8,300 new test results were reported on Tuesday.

Orleans and Jefferson Parishes reported 47 and 36 new cases, respectively, which makes up 25% of the new cases.

The 18 new deaths reported brings the state’s total to at least 2,458. Both Orleans and Jefferson reported 1 fewer death each on Tuesday. This is due to the state reclassifying those 2 cases to other parishes. This is the third day in a row Orleans Parish has reported no new deaths.

There are also 123 probable deaths that are under investigation statewide.

While the numbers in the state remain very high, the governor noted there are several positive indicators:

Murphy announced that starting today, the state is sharing only the numbers of lab confirmed Covid-19 deaths for long-term care facilities —  a change from how the state was previously reporting the numbers from these facilities.

Additionally, the governor said that he was issuing an administrative order today to allow for in-person sales at car and motorcycle dealerships and bike shops effective at 6 a.m. ET on Wednesday. 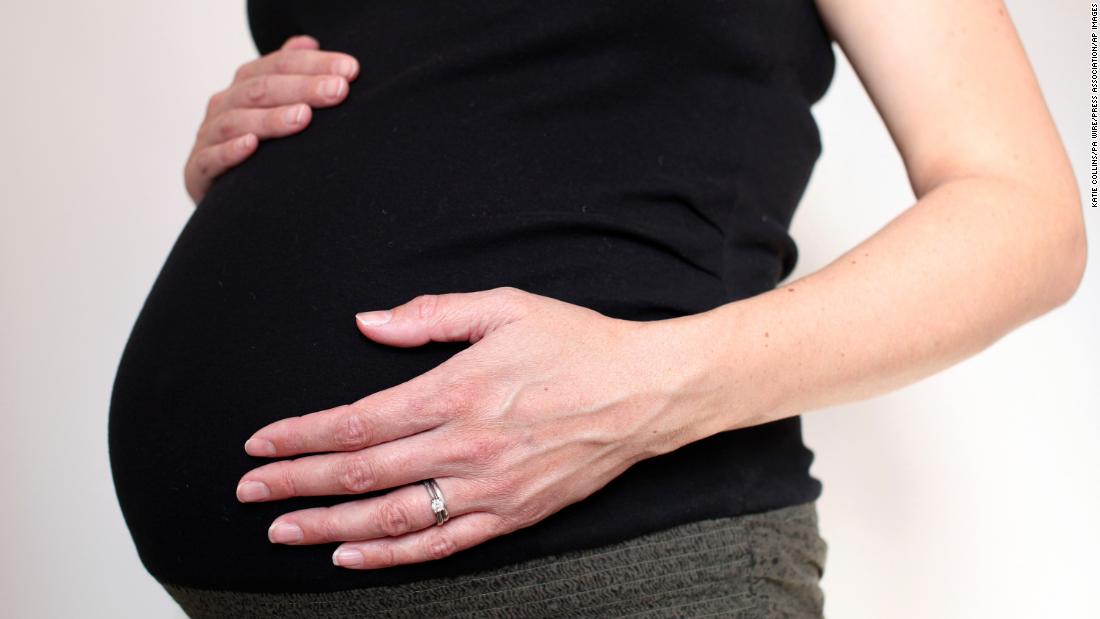 A new study examining the effects of the coronavirus on pregnant women and newborns is underway, according to the National Institutes of Health.

Researchers with the Maternal-Fetal Medicine Units Network will look at the health records of as many as 21,000 women to determine if changes that were made in hospital and health protocols due to the coronavirus pandemic impacted the rate of pregnancy complications or cesarean births, the NIH said in a statement.

The research will also follow 1,500 pregnant women with confirmed cases of Covid-19 before childbirth and for six weeks after to try and determine the risk of transmitting the virus to the fetus, the agency said.

The network is funded by the agency’s Eunice Kennedy Shriver National Institute of Child Health and Human Development and consists of 12 US clinical centers, which cover more than 160,000 deliveries annually. The NIH said the network’s “racial, ethnic, and geographic diversity allows researchers to generalize their study findings to the U.S. population.”

There is currently no data showing that pregnant women are more susceptible to coronavirus than others, according to the US Centers for Disease Control and Prevention, but pregnant women are at greater risk of serious disease from other respiratory viruses.

“Sometimes this causes adverse outcomes for the mother or child,” the agency warns on its coronavirus guidance page for pregnant women, and urges them to take all precautions to remain safe, including social distancing measures, frequent hand-washing and cleaning and disinfecting surfaces often.

President Trump did not stop for questions and walked into the lunch with Senate Republicans. Jared Kushner, Trump's senior adviser and son-in-law, and the President's chief of staff Mark Meadows also arrived.

None of the three were wearing masks. 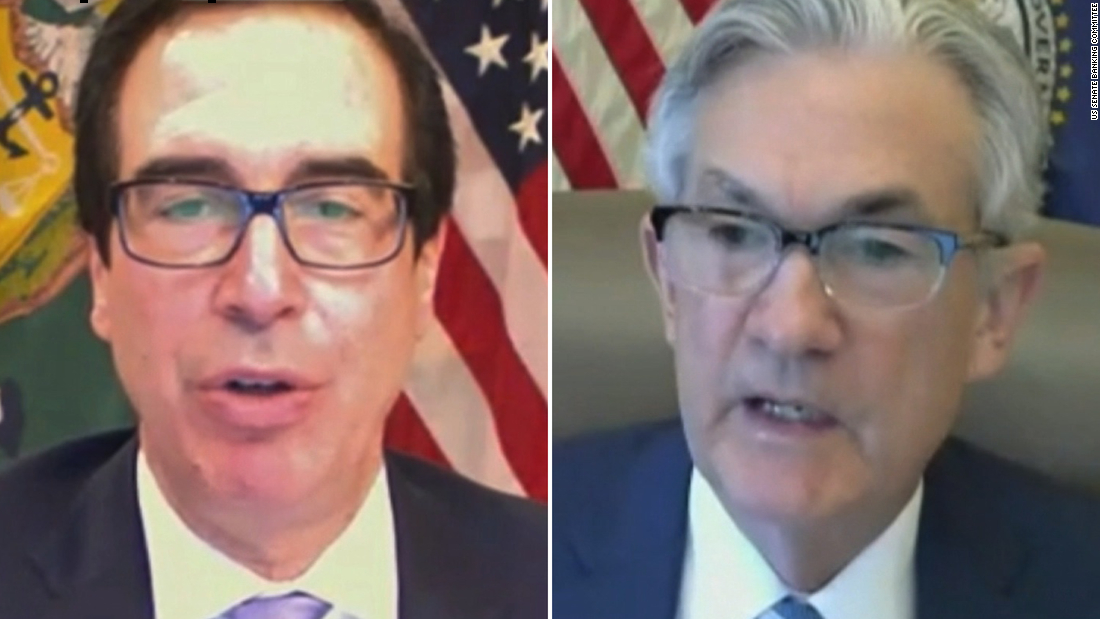 Both leaders defended the administration's efforts to revive the economy, with Mnuchin saying, "The country will emerge from the pandemic stronger than ever."

Here’s what you missed from the Senate hearing:

Country’s economic recovery still uncertain: While the unprecedented steps taken by the government to shut down parts of the economy has led to soaring unemployment over the past two months, Mnuchin told senators that he expects economic conditions will improve in the third and fourth quarters of this year. Mnuchin did warn that as shutdowns continue, "There is risk of permanent damage."

Powell also noted possible obstacles to recovery, saying that state and local governments have laid off about 1 million workers because of the coronavirus crisis, which will likely weigh on the nation's economy.

Powell reiterated that the Federal Reserve will take more action if the economy isn't rebounding as well as it would like.

Issues surrounding company loans continue: Both Powell and Mnuchin said that they are working on issues on how some companies that need loans are falling through the cracks. "If there are companies that slipped through, [Powell] and I will work together to make sure they have funding," Mnuchin said.

Powell noted that some of the lending facilities have only just come online, so the amount that has gone out to support some businesses is "pretty limited."

Main Street loan program likely to be ready by end of month: Powell said that the program meant to lend billions of dollars to small- and mid-sized businesses should be ready to launch by the end of the month, amid complaints the money has been too slow to reach the public.

Testy exchange about reopening: In an exchange between Sen. Sherrod Brown, a ranking member on the committee, and Mnuchin, Brown asked why the Trump administration is so eager to send employees back to work during uncertain times.

A church in Houston has canceled mass indefinitely after the death of one of its priests, according to a statement from the Archdiocese of Galveston-Houston.

The Holy Ghost Church reopened May 2, according to a statement on its website.

The Archdiocese of Galveston-Houston confirmed the death of Donnell Kirchner, a 79-year-old priest who worked at Holy Ghost. Kirchner had recently been treated for pneumonia and sent home, where he lived with seven other priests.

Jo Ann Zuniga, spokesperson for the archdiocese, said in the statement while "it was not clear" if Kirchner had been tested for Covid-19 during his visit to an urgent care center and then hospital, Holy Ghost church officials decided to have all members of the religious order tested and close the church indefinitely.

Zuniga confirmed five positive cases of Covid-19. She said two of the five priests who were Covid-19 positive had "been active in celebrating public Masses at Holy Ghost since May 2nd."

Both the parish and archdiocese have encouraged members who have attended mass since the May 2 reopening to monitor their health symptoms and be tested for Covid-19.

Although Gov. Greg Abbott asked Texans to stay home in late March, churches were designated "essential services" and allowed to stay open, according to various executive orders on the governor's website.

Zuniga said both the parish and the archdiocese have alerted the Houston Health Department.

As New York state reopens further, Gov. Andrew Cuomo said he is “very aggressive on encouraging sports teams to start to operate without fans” as much as they can.

“To the extent they can start, I encourage them to start,” he said. “New York will be a full partner. Anything we can do to make it happen and make it happen safely, we will.”

He acknowledged that this applies to all sports teams differently and some will find it easier to work under these circumstances than the others.

“Some sports franchises can make this work easier than others. It depends the economics of that sports and how much is determined by selling seats in the arena or the stadium, etc," he said.

However, Cuomo said the state will encourage people to stay at home and watch the sports broadcasts.

“That gives people at home entertainment value, something to participate in. Another reason, frankly, to stay home as opposed to go out. And staying home is good right now,” he added.

President Trump on Tuesday confirmed that the US-Canada border will remain closed to nonessential traffic.

Asked during a White House event if the US would extend the ban currently in place, Trump said, “for now, yes, but we’re talking to Canada.”

“As things clean up in terms of the plague,” Trump added, both the US and Canada will want to return to normal traffic levels between their border.

Canadian Prime Minister Justin Trudeau announced earlier today that the border between the two countries will remain closed to nonessential traffic until June 21.

More details: The agreement as it stands, forbids any nonessential travel, although commercial traffic and travel by essential workers, including those working in US hospitals, continue.