Our live coverage of the coronavirus pandemic in the US has ended for the day. Get the latest updates from around the globe here.

Schools in Arizona will be able to bring kids back into classrooms in the fall, Arizona Gov. Doug Ducey said Thursday.

“We’re planning ahead,” Ducey said in a news conference, adding that exact guidelines will come out next week.

He said social distancing rules will be extensive at the beginning of the school year.

“They will be back to school, but it will be a new normal,” Health Services Director Dr. Cara Christ said.

Youth sports leagues will be allowed to take place during the summer, but the state plans to issue guidelines limiting the number of spectators. 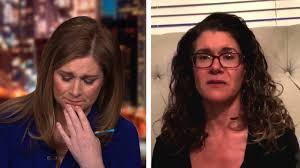 "I see him everywhere," said Maura Lewinger of her late husband Joe, who died from Covid-19 two months ago.

"He's everywhere. He's in my children's faces. He's in every song that I hear. He's in all my thoughts."

Lewinger first joined CNN's Erin Burnett for an emotional interview in early April, just days after Joe's death. On Thursday, the pair reunited, and Lewinger talked of her coping.

"It's hard to believe that it's two months already. I explain how I get through the day by saying that I pretend. I pretend that this awful thing hasn't happened to us and our family," she detailed. "That's the only way to get through the minutiae of the day."

Joe Lewinger was 42 when he passed, and left behind his wife and three children. Maura revealed that the family speaks regularly about their loss and grief.

"We talk about him. Our family is based on communication. We just always talked about everything," she said, telling Burnett that her three kids know that "listening to each other and supporting each other is the foundation of family and great relationships. So that continues."

Shortly after his death, in a gut-wrenching conversation that touched many viewers, Lewinger described the final moments she spent with her husband, saying goodbye over FaceTime.

"I thanked him for being the most amazing husband, for making me feel cherished and loved every single day," Lewinger told Burnett in April.

More than seven weeks since that interview, Lewinger said the outpouring from the community has been overwhelming.

"What is so striking is the messages from complete strangers. Whether they reached out on Facebook or through another friend or these connections and just getting their love and support to us has been amazing."

Georgia Gov. Brian Kemp said he believes the reason for the state's recent spike in Covid-19 cases was from a large backlog of test results that were recently submitted.

"We had a large dump of test results from a private sector vendor over the weekend, they had a big backlog around 15,000 cases that tracked back to April," Kemp said Thursday. "They dumped those all into the system over, you know, a two-day period, I think it was Saturday and either Monday or Tuesday, so we feel like that is the reason for the spike in the cases, I can assure you that Dr. Toomey and I and our whole teams continue to watch that data."

"None of that is being caused by any one incident anywhere, we think it's just because those tests were all dumped at one time. Our numbers continue to look good, they looked even better today," Kemp said.

Georgia currently has 45,099 coronavirus cases and 1,963 deaths from the virus, according to a tally from Johns Hopkins University.

California is reporting the largest single-day increase in confirmed cases since the beginning of the Covid-19 pandemic.

California Department of Public Health data shows 2,617 new cases were reported in the past 24 hours. California’s previous high was 2,603 cases on May 5.

New Mexico will allow businesses across the state to reopen on Monday, Gov. Michelle Lujan Grisham said during news conference on Thursday.

She said restaurants may operate indoor dine-in service at 50% occupancy with social distancing.

The 14-day quarantine order for people arriving at the airport is amended for business and certain travelers. Bars will remain closed, mass gatherings are still prohibited, face coverings are still required in public and it is recommended to stay home as much as possible to minimize the spread of Covid-19, she said.

Georgia Gov. Brian Kemp asked anyone in the state who is planning to attend in-person services at place of worship "to heed the public health advice."

"As you know here in Georgia, we never closed places of worship, but we encouraged congregations to hold online or drive-in services to mitigate the risk of exposure. Now many churches and religious institutions are beginning to reopen their doors for traditional services, and we ask that Georgians continue to heed the public health advice if they decide to attend in person," he said.

"Please use social distancing, wash your hands, protect the elderly and the medically fragile and continue to prioritize your health," Kemp added.

He also thanked faith leaders who "have answered the call and held remote services," and said their "leadership has literally saved lives in our state."

Dr. Chris Murray, a researcher behind an influential coronavirus model from the University of Washington, said Thursday that he still see "many deaths coming," despite the coronavirus model projecting 132,000 deaths – which is 11,000 fewer than it forecasted a week ago.

"The major difference here is that we've been expecting the upsurge in mobility that started at the end of April," Murray told CNN's Wolf Blitzer on "The Situation Room."

"We see it in the cellphone data and has continued all the way through May. We thought that would have translated into much more transmission of the virus by now, and we're seeing that in some states but not most. And so it's a bit of a surprise we haven't yet seen transmission take off."

Blitzer asked Murray if it was too early to start thinking about coronavirus projections in the fall.

"We're starting to be pretty worried about that," Murray said. "We crunch the numbers almost every night and we try to make sense of them."

Murray cited three factors that may impact where the US will be with the virus in the fall.

Murray went on to say that the US "should expect transmission to start to go back up in September and then really pick up speed towards January."

"That's the part we need to get our thinking around," Murray said. "How do we prevent that? How do we prepare for those cities where transmission may tip over into exponential growth again, and what are we going to do when that happens."

"Each professional sports league that desires to reopen must first submit a plan to the Texas Department of State Health Services,” Abbott announced. “Spectators are allowed for outdoor events, provided that outdoor venues limit the number of spectators to no more than 25% of the normal operating limits of the venue as determined by the facility owner. Spectators are not permitted for indoor events. Each plan must incorporate these minimum health protocols to the greatest extent possible."

Abbott signed the expansion to his phase two order last week and will allow outdoor pro sporting events to host spectators at 25% capacity, becoming the first state in the United States to do so.

With the exception of some counties, leagues throughout the state will have to apply to state health officials in order to be approved.

The PGA Tour's Charles Schwab on June 11-14 in Fort Worth, Texas, will be the first major sports event in the state, but have announced they will not allow fans.

The signed order does not include high school and college sports.