Officials have recovered a vehicle after a red SUV ran through crowds at the Waukesha, Wisconsin, holiday parade, Police Chief Dan Thompson told reporters moments ago.

"We have a person of interest that we are looking into at this time," he said.

Officials are planning to hold a news conference at 8:30 p.m. ET.

He did not detail the types or severities of the injuries. Officials will hold an 8:30 p.m. ET news conference to give further updates.

Thompson said there are currently no other threats.

"Very tragic incident, very chaotic," he said of the crash.

The city of Waukesha posted a map of their 2021 Christmas parade route prior to it taking place on Sunday.

A car ran through the parade Sunday night, leaving multiple people injured, according to a Milwaukee Journal Sentinel intern Kaylee Staral, who was at the parade.

We're not sure where on the route the crash occurred, but here's a look at the planned parade path: 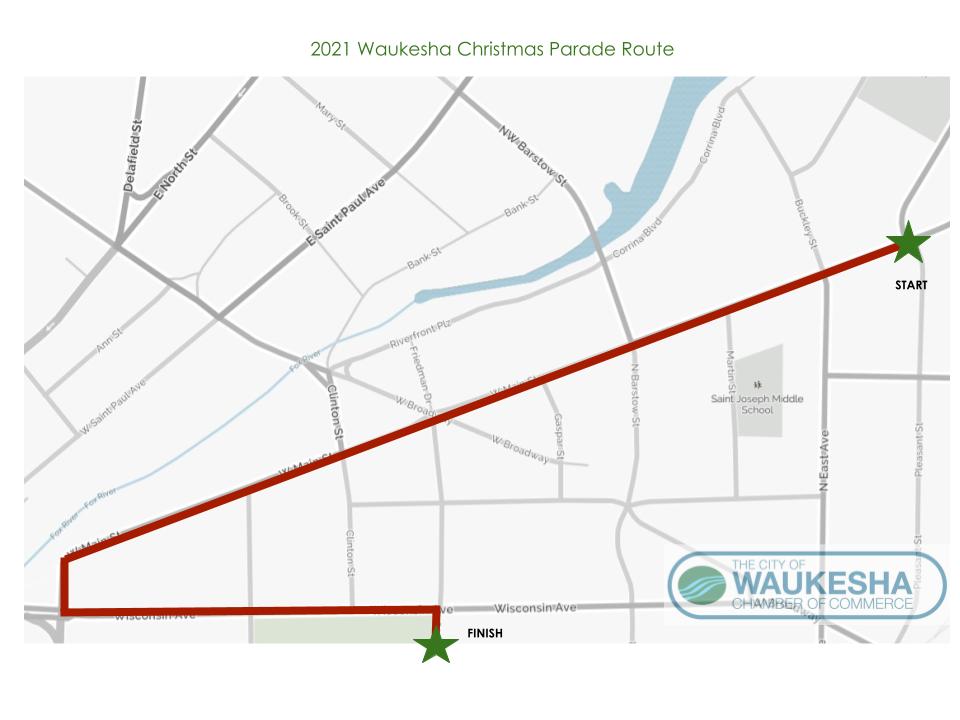 The Christmas parade that a car ran through earlier this evening was the 58th annual for the Wisconsin city.

"The 58th Annual Waukesha Holiday Parade will roll through the streets of historic downtown Waukesha," according to an event listing on the Waukesha Visitor Bureau's website.

Kaylee Staral, a Milwaukee Journal Sentinel intern who witnessed the incident, described what it was like on the ground during the incident.

“Probably around 20 to 30 minutes into the parade, a red SUV came running down the middle of the street – there were a lot of screams – and we almost thought maybe it was Santa, but it was a red SUV and it hit a lot of people," she said.

Staral went on to say “there were multiple people on the ground.”

Describing the injuries, Staral said “right in front of me in the little spot where I was sitting, probably four people were down – so there were a lot of people that ran to go check on them. I believe that the four people in front of me were still breathing, but they were down, they were not moving.”

A car ran through a Christmas parade in Waukesha, Wisconsin, Sunday night, leaving multiple people injured, according to a Milwaukee Journal Sentinel intern Kaylee Staral, who was at the parade.

Waukesha Police are advising people to avoid the downtown area and have established a family reunification center, the agency said on their official Facebook page.