President Joe Biden said the US is on track to complete its hurried airlift in Afghanistan by August 31 even as questions remain over who will be able to leave and when.

Keeping this deadline in mind, here are where other countries' evacuation operations stand.

"I’m pleased that we were able to lift our people out not too long before this attack," Dutton told a Sky News reporter.

New Zealand: The country's final evacuation flight from Afghanistan landed in the United Arab Emirates Thursday night local prior to the attacks at the Kabul Airport.

At least 276 New Zealand nationals and residents had been evacuated, the government added.

Germany: Troops are “all safely back from Kabul”, Germany’s Defense Minister Annegret Kramp-Karrenbauer said in a tweet Friday. Germany’s armed forces have used Tashkent, Uzbekistan, as a staging post for evacuations from Afghanistan.

Spain: The country has ended its evacuation mission, the country’s Presidency said in a statement.

Two military planes carried out the last 81 Spaniards remaining in Afghanistan, along with four Portuguese soldiers and 85 Afghans and their families who had worked with NATO countries.

France: The country will see its evacuation mission “through to the end and will maintain its humanitarian and protection efforts for Afghans under threat,” despite Thursday’s deadly attack on Kabul’s international airport, the Élysée said in a statement.

German troops are “all safely back from Kabul," Germany’s Defense Minister Annegret Kramp-Karrenbauer said in a tweet Friday.

Kramp-Karrenbauer is on a visit to Tashkent, Uzbekistan, to thank the soldiers for their service, the minister said.

Germany’s armed forces have used Tashkent as a staging post for evacuations from Afghanistan.

“Your outstanding commitment makes us proud,” she added.

America's longest war is ending as it began, with the nation mourning the dead of a terrorist attack and an outraged President vowing to hunt down the culprits in Afghanistan.

The bloody coda to a tortured 20 years -- the loss of 13 US troops and more than 90 Afghans in blasts outside Kabul's airport on Thursday -- exemplified the human tragedy and ultimate futility of a conflict that failed in its core purpose: purging Afghan soil of terrorism. In a cruel irony, the latest Americans to die perished in an attack conceived in the very same land as the al Qaeda assault on September 11, 2001, that triggered the war they were trying to leave.

The atrocity -- believed to have been carried out by the Islamic State affiliate known as ISIS-K -- rocked the final stages of the frantic US evacuation of as many as 1,000 Americans who may still be in the country, as well as thousands of Afghans who helped US forces and officials and fear Taliban executions if they are left behind.

It also shone a harsh light on President Joe Biden's decision-making and the chaotic nature of the US withdrawal that left American troops and civilians so vulnerable, in the confusing, chaotic days after the Taliban seized Kabul.

The most alarming realization in the aftermath of the carnage was that there may be more to come before the deadline for the US to leave for good on Tuesday. 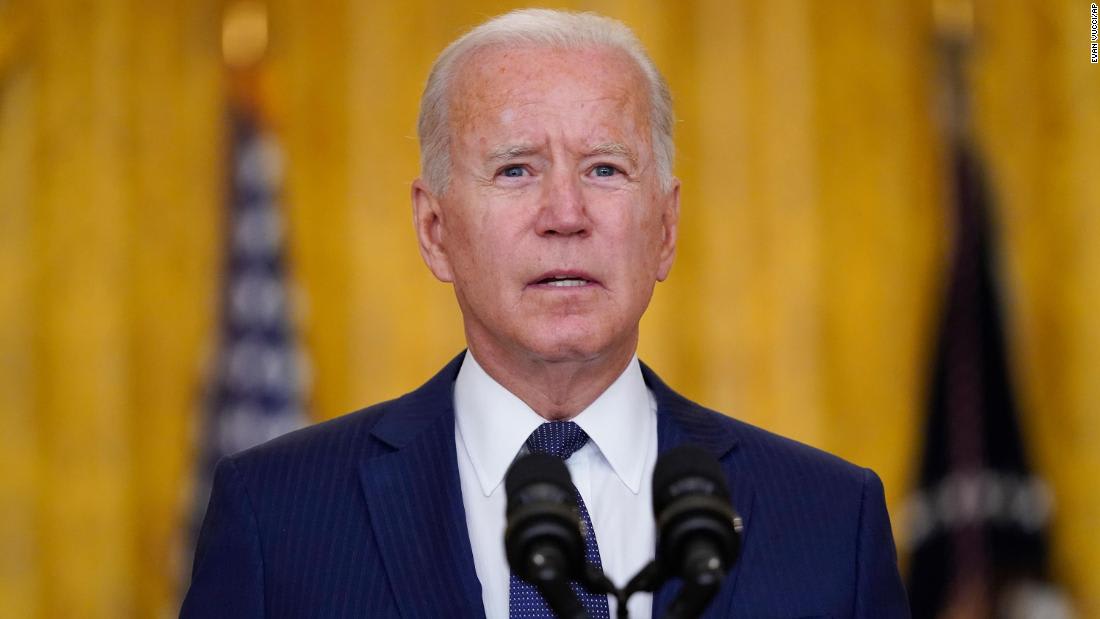 The United Kingdom’s evacuation operation in Afghanistan will end in a "matter of hours," Ben Wallace, the UK defense secretary, said Friday.

That follows the closure of the UK's main processing center, the Baron Hotel, located outside Kabul airport. The country's defense ministry said in a statement Friday that it had closed the processing facilities to enable it to focus efforts on evacuating the British nationals and others it had already processed who were at the airport awaiting departure.

Wallace told Sky News that, following the decision to close the processing center at 4.30 a.m. UK time, the UK will now "process" the approximately 1,000 people in the airfield.

The operation has a "matter of hours" left, Wallace said, and the "sad fact" is that "not every single one will get out."

The move comes after two bomb attacks outside the airport on Thursday, local time.

Wallace stressed that the blast "did not hasten our departure."

“We closed the Baron Hotel, almost exactly on schedule. The explosion was horrendous. But it didn't hasten our departure, we were going last night,” he told Sky News.

In the statement Friday, Wallace said more than 13,000 people had been evacuated in 14 days.

“It is with deep regret that not everyone has been able to be evacuated during this process," he said in the statement.
"We will continue to honor our debt to all those who have not yet been able to leave Afghanistan. We will do all that we can to ensure they reach safety."

The death toll from Thursday's blasts in Kabul has increased to more than 90 people killed, an official with Afghanistan’s Ministry of Public Health told CNN Friday.

There are also more than 150 people wounded by the blasts, the official said.

According to initial reports, the dead and wounded in these counts were all Afghans, the official added.

Australia and New Zealand have both ended their evacuation flights from Kabul, as Afghanistan reels from the deadly bombing attacks.

New Zealand's final evacuation flight had landed in the United Arab Emirates on Thursday night local time, before the attacks took place. No members of the national defense force were in Kabul at the time of the attack, and no New Zealanders were left at the airport, the government said.

However, there are still New Zealand citizens in Afghanistan, who are in contact with the Foreign Ministry.

Prime Minister Jacinda Ardern said there would be no more evacuation flights from Kabul.

“We strongly condemn what is a despicable attack on many innocent families and individuals who were simply seeking safety from the incredibly difficult and fragile situation in Afghanistan,” Ardern said.

He added on Friday that he was "grateful" for the work of Australian forces and commended their success of evacuating more than 4,000 people from Kabul.

He called the attack "horrific," and said it wasn't clear if there were any Australians caught up in the attacks, but added the country's Foreign Ministry had sent a message to all Australian citizens to steer clear of the airport.

For Australian citizens that might still be in Afghanistan, many will likely try to make their way to other borders, he said.

After the frantic evacuation effort in Kabul and the bombing attacks at the airport on Thursday, what is becoming painfully clear is that we have no idea what will happen in Afghanistan when US forces leave at the end of the month.

Here's an attempt to collate what we know about who will take over.

President Biden said Thursday that he has ordered up plans to strike ISIS-K targets following the attack near the Kabul airport.

ISIS in Khorasan, known as ISIS-K, claimed that an ISIS militant carried out the suicide attack, but provided no evidence to support the claim.

US officials have been warning over the past week that a threat of a terror attack at the airport was becoming more acute. Earlier on Thursday local time, US diplomats in Kabul warned American citizens to "immediately" leave several gates into the airport, citing security threats.

But who are ISIS-K? ISIS-Khorasan is a branch of the terror group that first emerged in Syria and Iraq. While the affiliates share an ideology and tactics, the depth of their relationship with regards to organization and command and control has never been entirely established.

US intelligence officials previously told CNN the ISIS-K membership includes "a small number of veteran jihadists from Syria and other foreign terrorist fighters," saying that the US had identified 10 to 15 of their top operatives in Afghanistan. The group's name comes from its terminology for the area that includes Afghanistan and Pakistan: "Khorasan."

The US Defense Department Inspector-General for Afghanistan (SIGAR) said in a report covering the months April to June of this year that "ISIS-Khorasan exploited the political instability and rise in violence during the quarter by attacking minority sectarian targets and infrastructure to spread fear and highlight the Afghan government's inability to provide adequate security."

ISIS-K has formed cells in Kabul which have carried out a number of devastating suicide attacks in and beyond the Afghan capital since 2016.

The group has built up a presence in eastern Afghanistan in recent years, especially in the provinces of Nangahar and Kunar. Last August, the group attacked the main prison in Jalalabad, the capital of Nangahar, in an effort to free dozens of their supporters who had been captured by the Afghan army and police.

Read more about the group here.

Thirteen US service members have died as a result of the attack at the Kabul airport Thursday, according to a statement from US Central Command.

The total number of US service members injured is now 18, said Capt. Bill Urban, a spokesperson for CENTCOM.