The US military negotiated a secret arrangement with the Taliban that resulted in members of the militant group escorting clusters of Americans to the gates of the Kabul airport as they sought to escape Afghanistan, two defense officials told CNN.

One of the officials also revealed that US special operations forces set up a "secret gate" at the airport and established "call centers" to guide Americans through the evacuation process.

The officials said Americans were notified to gather at pre-set "muster points" close to the airport where the Taliban would check their credentials and take them a short distance to a gate manned by American forces who were standing by to let them inside amid huge crowds of Afghans seeking to flee.

The US troops were able to see the Americans approach with their Taliban escorts as they progressed through the crowds, presumably ready to intervene in case anything happened.

The officials spoke on the condition of anonymity due to the sensitivity of the arrangements, which have not been disclosed until now because the US was concerned about Taliban reaction to any publicity, as well as the threat of attacks from ISIS-K if its operatives had realized Americans were being escorted in groups, the officials said.

The ISIS offshoot, a sworn enemy of the Taliban, claimed responsibility for a suicide attack at a gate to the Kabul airport last week that killed 13 American service members and more than 170 Afghans. 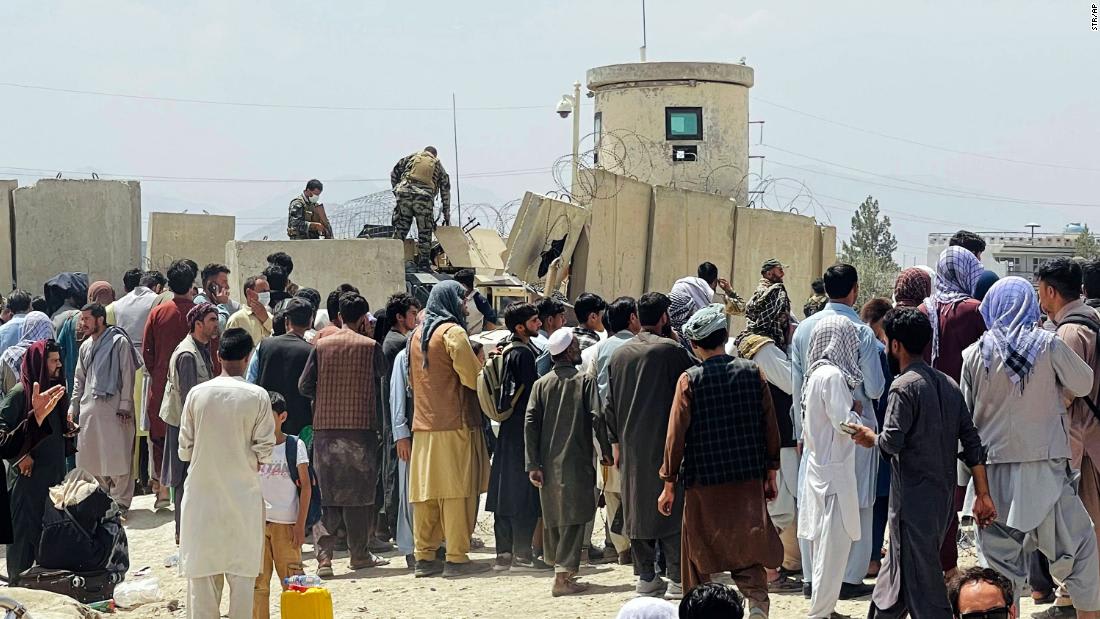