A private jet thought to be carrying another US congressional delegation has been denied permission to land at Kabul airport, a source familiar with the situation told CNN on Thursday.

The Gulfstream jet was visible over Turkmenistan on open-source air traffic websites, but its destination and final route were unclear. It was last seen over Baku, Azerbaijan, and departed from Athens, Greece.

It remains unclear which representative was on the jet.

On Tuesday two congressmen, Seth Moulton, a Democrat from Massachusetts, and Peter Meijer, a Republican from Michigan, made a clandestine trip to Kabul "to conduct oversight on the mission to evacuate Americans and our allies."

The decision was criticized by House Speaker Nancy Pelosi, who said: "We don't want anyone to think this was a good idea. There's a real concern about members being in the region."

The Taliban has taken away security from former Afghan President Hamid Karzai and Abdullah Abdullah, an Afghan official who leads the High Council for National Reconciliation, a source told CNN.

On Monday, the Taliban confiscated weapons from Karzai's armed protection team and took away his vehicles, prompting the former president to move in with Abdullah, the source said. On Wednesday, the Taliban later also searched Abdullah's home and took his security and vehicles.

Karzai and Abdullah are effectively under house arrest in Kabul without their bodyguards and at the mercy of the Taliban, according to the source.

Last week, a Taliban spokesman told CNN that the group wanted to form an inclusive government. It has since held talks with former president Karzai and former chief executive Abdullah, both of whom stayed in Kabul when the Taliban took over the capital more than a week ago.

Abdullah previously said he was hopeful for the Taliban forming an inclusive government, the source tells CNN. Abdullah is less optimistic than he was a week ago.

Former UN employees have sent a letter to United Nations Secretary-General Antonio Guterres outlining the risks and dangers UN-affiliated personnel face in Afghanistan, according to a former employee familiar with the letter.

In the letter, the former employees note they’re “gravely concerned about the safety of our colleagues and friends who are at risk,” especially after receiving “disturbing reports of the Taliban raiding homes, beating people for affiliation with international organizations and requesting meetings for ‘letters of forgiveness.’”

The letter cites UN protocol, which outlines the organization’s duty and responsibility to individuals it recruits and their families should they be endangered because of their work for the UN. The letter then directly notes that “locally-recruited personnel and their family members are indeed endangered as a direct consequence of their employment by organizations of the United Nations common system.”

“They should not be asked to sacrifice their lives and safety in order to accomplish this. It would be much safer for them to continue their work from outside of the country,” the letter concludes.

There are an estimated 3,000 UN staff in Afghanistan. Most are local Afghans, and about 10% are women.

The UN has previously stated about 100 international staff has left the country to work elsewhere.

A grave and specific ISIS terror threat is hanging over the frantic endgame of the US withdrawal from Afghanistan, with time fast running out to rescue up to 1,500 Americans and the fate of fleeing Afghans looking darker by the hour.

President Joe Biden is so far sticking to his Tuesday deadline for the final exit from a 20-year war in Afghanistan, after an initially chaotic drawdown that has since evolved into a mammoth and daring airlift of more than 82,000 people out of Kabul.

But in an alarming sign of the deteriorating security environment, US diplomats in Kabul early Thursday local time suddenly warned American citizens to "immediately" leave several gates into the airport, citing security threats.

Inside, thousands of troops are braving testing conditions and intense heat to fill cargo aircraft with US citizens and Afghans who helped American troops and officials and fear gruesome punishment by the Taliban.

The question now is how long the Pentagon will give the evacuation operation before it transitions to a mission to extract thousands of troops and materiel, which could take several days and curtail the departures of noncombatants. 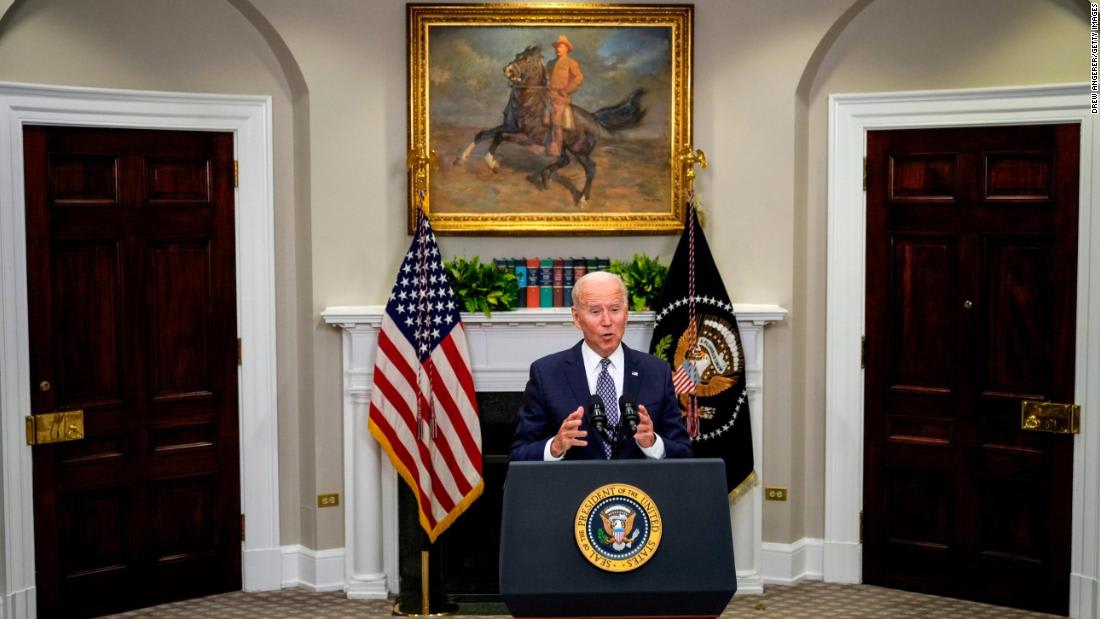