Our live coverage of the situation in Afghanistan has moved here.

US Secretary of State Antony Blinken admitted that Taliban gains in Afghanistan happened "more quickly than we anticipated," but defended America's withdrawal.

"The idea that the status quo could have been maintained by keeping our forces there is simply wrong," Blinken told CNN’s Jake Tapper adding that the prime focus is getting all Americans out of the country safely.

Blinken said the US is not asking the Taliban for anything to allow for a safe US evacuation.

“We haven’t asked the Taliban for anything. We’ve told the Taliban that if they interfere with our personnel, with our operations as we’re proceeding with this drawdown, there will be a swift and decisive response."

CNN reported earlier that the US Special Representative for Afghanistan Zalmay Khalilizad has requested that Taliban fighters not enter Kabul until the US citizens are evacuated, according to a source familiar with the discussions.

The former President of Afghanistan Hamid Karzai has said he intends to stay in Afghanistan, along with his family, and calls for a peaceful resolution of the conflict.

“Dear residents of Kabul; my intention is to remain with you here, along with my family, my daughters, my children,” he wrote in a Facebook post on Sunday. “And I hope that the issues of our country and our capital city shall be resolved peacefully and through negotiations.”

Karzai went on to ask people to stay at home, adding that negotiations were ongoing.

“We are making efforts to have the Afghan problem resolved, [through talks] with Taliban leaders, peacefully and based on brotherhood and patriotism,” he added.

Some background: Hamid Karzai was chosen as interim President of Afghanistan following the overthrow of the Taliban regime by US and NATO forces in 2001. He served two years as interim President and was subsequently elected for two consecutive terms as Head of State in 2004 and 2009.

In total, he served as Afghanistan’s President between December 2001 and September 2014.

Germany has moved its embassy in Kabul to the military part of the Hamid Karzai international airport and will take urgent measures to evacuate its staff, the country’s Foreign Minister Heiko Maas said in a post on twitter on Sunday.

“I decided this morning to move the personnel of the Kabul embassy to the military part of the airport,” he wrote. “The personnel has since already arrived there and setting up its ability to work.”

“This afternoon I have called a meeting of the security staff of the German federal government to initiate urgent measures for the security and exit of workers and other people in danger from Afghanistan,” he added.

A high-level Afghan government delegation will be traveling to Doha “soon,” a source with knowledge of the intra-Afghan talks told CNN.

“The situation is changing by the minute but we could expect an Afghan government delegation that has more power and authority to travel to Doha soon,” the source said.

The delegation is expected to hold talks with Taliban representatives.

“This has been a morning of stunning events and that looks like we are heading towards some sort of transitional government here,” Paton Walsh said. He said names are being floated around, though nothing is confirmed, and President Ashraf Ghani would need to agree to step aside to make way for a transitional administration.

Yesterday Ghani made a brief but sombre address to the nation in which he said he was consulting with elders and other leaders both inside and outside of the country. In the short speech, he told the Afghan people his "focus is to avoid further instability, aggression and displacement," but he did not resign.

As talks on Sunday continue, Paton Walsh said there hasn’t been evidence of Taliban fighters moving into the city. Earlier panic appeared to be a clash around a bank where people were trying to withdraw money.

“I've heard sporadic gunfire here but that seems to be traffic disputes. A quick drive around the city has shown traffic has dissipated until you get towards the airport, so utter chaos and panic here. The traffic in the skies we saw around the embassy appears to have quietened as well so perhaps that might suggest some of that operation is winding up,” he continued.

The apparently last-ditch diplomatic efforts would hopefully avoid the Taliban presumably moving to its next phase of slowly entering the city, which Paton Walsh said would “not be remotely pleasant for anybody living here.”

“There will be elements of resistance too so I think everybody would prefer to avoid that kind of situation,” he added.

It's been years since Haji and his wife have had a good night's sleep.

"All night, my wife wakes up," says Haji. "She's scared. If [she hears] somebody is coming, she calls me, 'Haji, someone is coming!'"

His wife says the first thing she does is hide the children.

"Then I get up and go to the door to see what is going on. If there are Taliban, I tell them no one is at home," she says.

The danger Haji and his family face grows every day as the Taliban claims more territory across the country, yet his repeated efforts to reach safety through a US visa program for interpreters keep hitting a brick wall, despite support from a half dozen US Marines.

Haji was what you might call a "combat interpreter." Stationed in Helmand province – the heart of the insurgency – he lived and patrolled with the Marines and Army, translating as they searched vehicles, talked to locals and interviewed suspected Taliban members.

He has been paying for his loyalty to the US ever since. He and his family have been in hiding for five years, scared for their lives – his fear of retribution compounded with news of every province that falls into Taliban hands.

CNN has spoken to many linguists who say their lives remain under threat as the insurgents launch revenge attacks following the US withdrawal from Afghanistan, which is expected to be completed by the end of August. 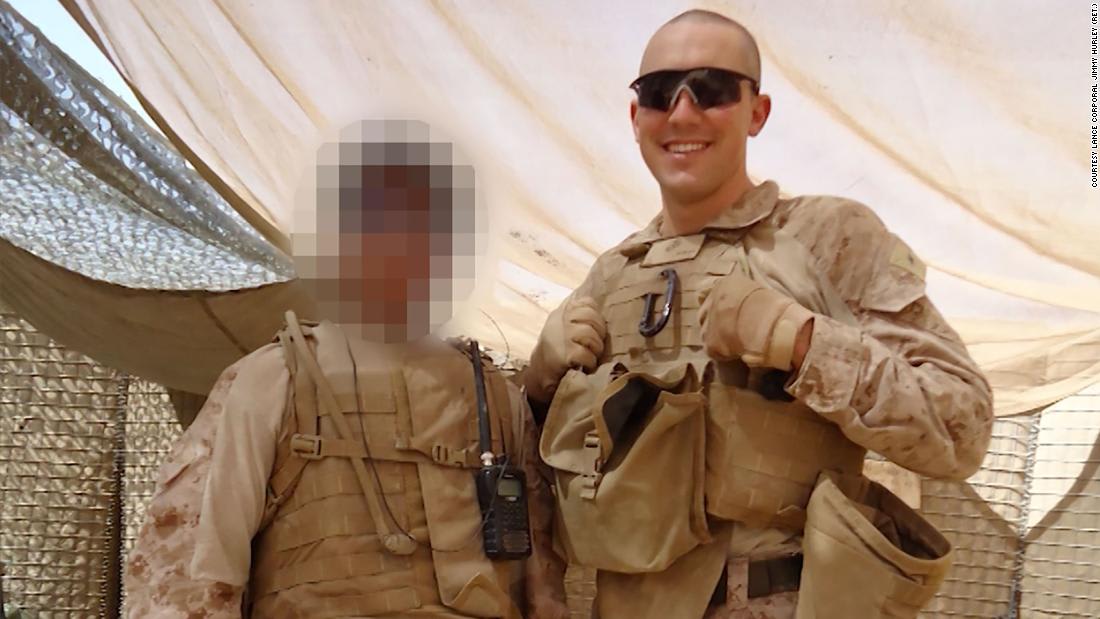 The Taliban 'will kill me and my family,' says abandoned Afghan interpreter

Emirates flight EK 640 from Dubai to Kabul had to abandon its approach to Hamid Karzai International Airport in Kabul on Sunday for security reasons, the airline told CNN.

The airline also said all further flights to Kabul airport are cancelled for the day.

Russia is working together with other countries to call an emergency meeting of the UN Security Council on Afghanistan, an official told state media on Sunday.

"We are working on this. Our colleagues are closely working on this," Zamir Kabulov, who is the head of the second department of Asia at the Russian Foreign Ministry said, according to RIA Novosti.

Kabulov added that while they will convene the meeting, it will not change the situation at this stage, and it should have been called for sooner to tackle the ongoing crisis in Afghanistan.

Pakistan's foreign ministry said in a statement Sunday that the country "is closely following the unfolding situation in Afghanistan."

“Pakistan will continue to support the efforts for political settlement. We hope all Afghan sides will work together to resolve this internal political crisis,” Zahid Hafeez Chaudhri, spokesperson for the Ministry of Foreign Affairs said. “The Embassy of Pakistan in Kabul is extending necessary assistance to Pakistanis, Afghan nationals and diplomatic and international community for consular work and coordination of PIA [Pakistan International Airlines] flights.”

“A special inter-ministerial cell has been established in the Ministry of Interior to facilitate visa/arrival matters for diplomatic personnel, UN agencies, international organisations, media and others,” the statement added.

Overnight Sunday Pakistan sealed its largest border crossing in the Khyber Pakhtunkhwa province with Afghanistan, a senior border official told CNN, who added that talks between the Taliban and Islamabad were underway.