Here's what to look forward to today:

⛸️ Doping controversy overshadows skating: Russian skater Kamila Valieva leads the field going into the women's free skate and is favored to finish first. The 15-year-old has been at the center of a doping controversy after providing a positive test for a banned substance in December — but the Court of Arbitration for Sport decided on Monday to let her continue competing. The International Olympic Committee says an asterisk will appear next to Valieva's results as the investigation into her case remains open and there will be no medal ceremony if she makes the podium.

🏒 Old rivals face off in the rink: The United States and Canada have been the only two countries to top the podium since women's ice hockey was introduced to the Olympics in 1998 — and they resume their rivalry today. Canada is aiming to avenge its gold medal loss to the US four years ago in Pyeongchang, which ended a string of four straight Olympic titles. The Americans have their work cut out for them after surviving a tougher-than-expected test from Finland in the semifinals.

⛷️ Another chance at redemption: American skier Mikaela Shiffrin clocked the fastest time in the downhill training session yesterday — something she will be looking to replicate in the women's alpine combined final. Shiffrin has bounced back after a rocky start to the Games, though the champion has yet to reach the podium. She showed significant progress in speed after placing 18th in her first-ever Olympic downhill, and said yesterday she will also compete in the mixed team event on Saturday — becoming only the second woman to race all six alpine skiing events at the Winter Olympics.

🥇🥇🥇 Eyes on the three-peat: Freeski halfpipe double Olympic champion David Wise is aiming to become the first US athlete to win three consecutive golds in the same event at the Winter Olympics. Great Britain's Gus Kenworthy — a former silver medalist for Team USA — is aiming for a rare Olympic feat of winning medals for two countries.

Top figure skaters spin at such unbelievably fast speeds — as many as six revolutions per second — that it can make even spectators feel a little woozy.

Curious viewers of the Beijing Winter Olympics want to know why. "How do figure skaters not get dizzy?" has been one of the top Google searches over the past week.

So how do these athletes pull off such head-spinning moves without toppling over?

As skating events continue in Beijing this week, we turned to experts for answers.

Do figure skaters get dizzy? Not so much, because they've learned how to minimize it.

Although they occasionally tumble upon landing, figure skaters mostly spin through the air without losing their balance. That's because they have conditioned their bodies and brains to quash that dizzying feeling, experts say.

American figure skater Mirai Nagasu, who won a bronze medal at the Winter Olympics in South Korea in 2018, says she feels the rotations but has learned how to recenter her focus over the years.

"I think we have a learned ability against the momentum that hits us while we're spinning," she says.

Kathleen Cullen, a professor of biomedical engineering at Johns Hopkins University, has a more scientific answer. She studies the vestibular system, which is responsible for our sense of balance and motion, and says spinning without stumbling from dizziness is an art perfected over time.

At the start of their careers, skaters and other athletes feel dizzy when they spin around, Cullen says. But ultimately, they train their brains to better interpret that feeling.

"There's a really profound fundamental thing that happens in the brain of people like dancers or skaters over lots and lots of practice. And that's basically a change in the way the brain is processing information," Cullen says.
"When you spin around, you're activating the semicircular canals, rotation sensors. They're filled with fluid and they're sensing your rotation. But when you stop, the fluid has inertia and it tends to continue to move. They actually get a false sensation of movement." 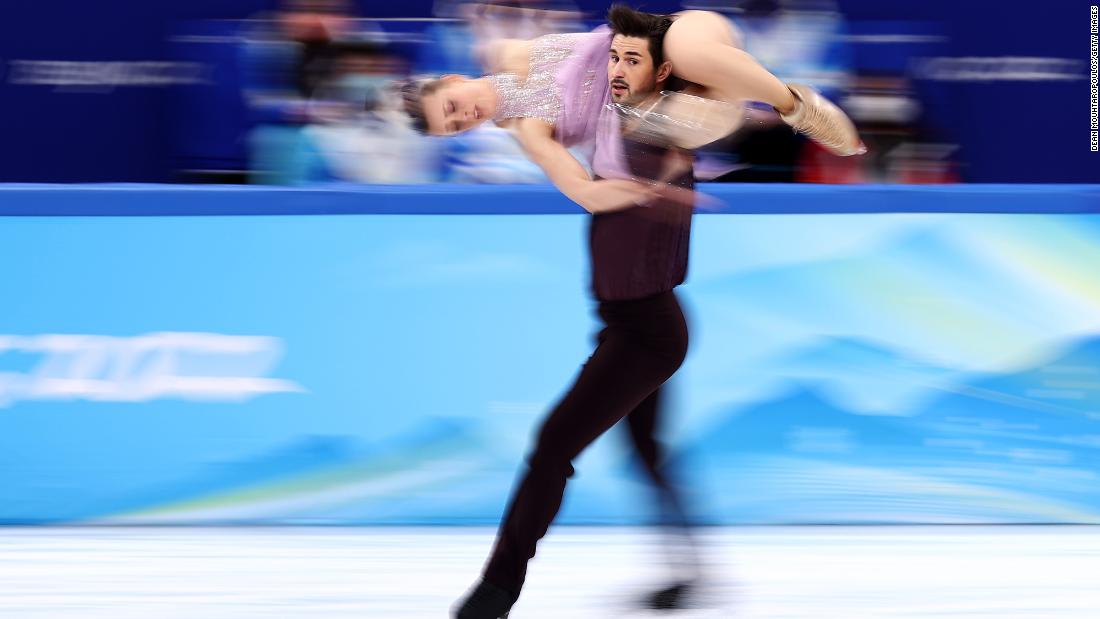 Choi was pictured in tears after the Netherlands' Suzanne Schulting secured back-to-back 1,000m titles via a dramatic photo finish, missing out on gold by just 0.052 seconds.

The 23-year-old Choi responded emphatically with her 1,500m title defense on the line, setting a new Olympic record in her semifinal heat before taking gold in the final in 2:17.789.

Schulting took bronze for her fourth medal of the Games — only the second Dutch skater to achieve the feat — but was denied a golden hat-trick after triumphs in the 1,000m and 3,000m relay.

Both of Schulting's Beijing triumphs left Choi to settle for silver, but at the third attempt — days after the pain of the 1,000m — the South Korean at last has a Beijing gold to add to her pair from her home games in Pyeongchang four years ago. 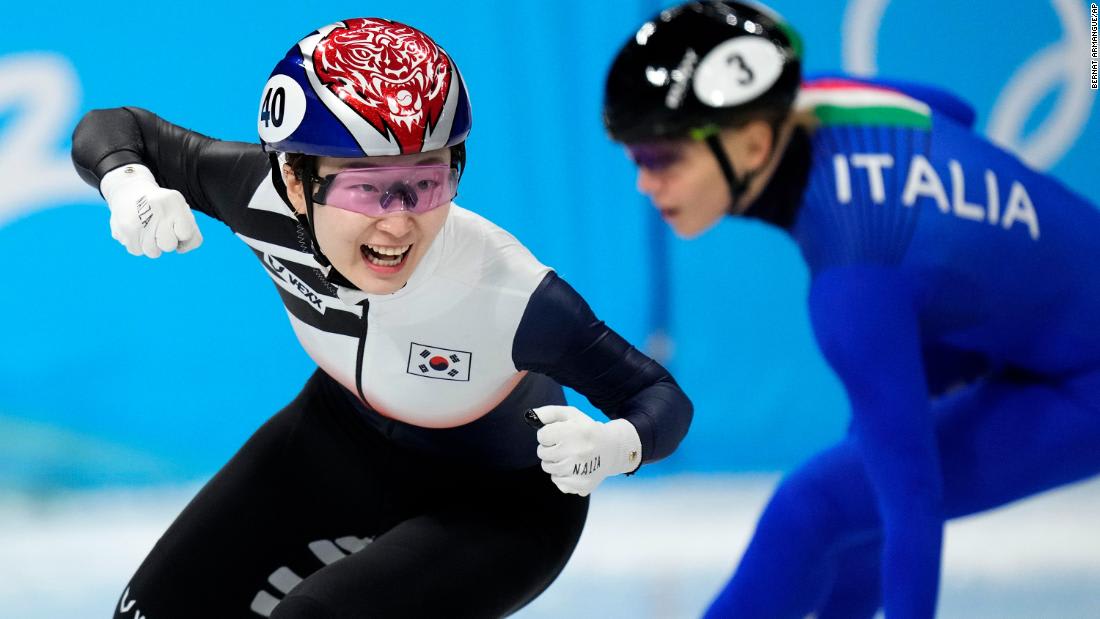 There were eight gold medals at stake on Wednesday at the 2022 Beijing Winter Olympics. Here's a recap of who won: