Our live coverage of the Beijing Winter Olympics has moved here.

Olympians representing Taiwan at the Beijing Winter Olympics paraded ahead of athletes from China’s Special Administrative Region of Hong Kong — a position which could be seen as implying China’s sovereignty over the island.

When the Taiwan team entered the stadium, the Olympic live commentary announced “Chinese Taipei” – Taiwan’s official name in the Olympics. Chinese state media CCTV, however, introduced the team as “China Taipei” – a designation that implies the island is part of China.

Beijing has previously suggested its “one country, two systems” formula for Hong Kong could be adopted in Taiwan “upon reunification.”

Some background: Taiwan and mainland China have been separately governed since the Nationalists retreated to Taiwan at the end of the Chinese civil war more than 70 years ago. Taiwan is now a flourishing democracy, but the mainland's ruling Chinese Communist Party (CCP) continues to view the island as an inseparable part of its territory — despite having never controlled it.

Today, relations between Taipei and Beijing are at their lowest point in decades. Earlier this month, China's military sent a record number of warplanes into the air around Taiwan.

US athletes Brittany Bowe and John Shuster were the flag bearers for the US contingent of athletes competing at the Beijing Winter Olympics. The team paraded at the Opening Ceremony after the Biden administration announced in December that it will not send an official US delegation to the Games as a statement against China's "ongoing genocide and crimes against humanity in Xinjiang."

US athletes are still be allowed to compete in the Olympics, but the administration will not be sending government officials to the games. The same policy applies for the Paralympic Games, which are also taking place in Beijing.

The White House is looking to send a "clear message" that the human rights abuses in China mean there cannot be "business as usual," Psaki told reporters at a White House briefing.

The move marks an escalation of pressure by the US on China over allegations of forced labor and human rights abuses in China's western region of Xinjiang, particularly against the Uyghur population and other ethnic and religious minority groups.

The athletes that will make up Team USA have the administration's "full support," White House Press Secretary Jen Psaki said, but she added the administration would not be "contributing to the fanfare of the games."

Team USA Chief Rick Adams confirmed a “record number” of 177 US athletes would walk at the Opening Ceremony.

While many nations have bumper teams to support each other during the Winter Olympics, spare a thought for those with just the one representative.

A total of 19 delegations have only one athlete competing at Beijing 2022 and they've been making their way out onto the floor at the Bird's Nest stadium.

Fortunately, those athletes have a crowd of enthusiastic volunteers to make the walk a little less lonely.

Putin traveled to China to hold a summit with Chinese President Xi Jinping on Friday, before the ceremony began. The two leaders issued a call for NATO to halt further expansion, according to a joint statement released by the Kremlin. This comes as tensions on the Ukraine-Russia border remain at their highest in years.

But isn't Russia banned? Russian athletes are competing under the name ROC, which stands for the Russian Olympic Committee. This is an opportunity for clean Russian athletes to compete in the Olympics while their country remains banned from the Games because of a doping scandal.

They will be competing under the neutral banner for the second consecutive Games after they did so at last year's Tokyo Olympics.

The athletes are making their way into Beijing's Bird's Nest Stadium via a spectacular entrance, which is described as representing the "Gate of China" and "Window of China."

The special effects make both appear as though they are made of ice, with the motifs inspired by traditional gates and windows across the country.

"The 'Gate of China' symbolizes that China opens its doors to welcome the world to the Olympic Winter Games," the official Opening Ceremony explainer reads.

"The 'Window of China,' through which the magnificent scenery is showcased, expresses the idea of 'seeing China through an open window.'"

As the athletes continue making their way into the Bird's Nest stadium, take a look at the best photos from the curtain raiser so far.

From an LED flower display to incredible lights shows, the ceremony has already proved spectacular.

India has one athlete, alpine skier Arif Khan, competing in the Winter Olympics. He paraded at the Opening Ceremony in Beijing just days after India announced a diplomatic boycott of the Games.

This announcement came after a commander involved in 2020 border clashes between the two countries appeared as an Olympic torchbearer in the customary torch relay leading up to the Games.

The last-minute boycott, which will see India's top envoy in Beijing sit out Friday's Opening Ceremony, adds the world's most populous democracy to a list of Western nations who already have launched their own diplomatic no-shows, citing China's human rights record — setting the tone for a controversial Olympic Games.

Following the official move, India's public broadcaster Doordarshan also announced it will not telecast the Opening and Closing Ceremonies live.

Japan announced in December that it will not be sending Cabinet ministers or senior officials to the 2022 Beijing Winter Olympics but stopped short of calling the decision a diplomatic boycott.

Japan's Chief Cabinet Secretary Hirokazu Matsuno made the announcement in a press conference, saying Japan “believes that respect for human rights is important. We made a decision comprehensively.”

The Opening Ceremony may have just begun in Beijing but competition is already underway elsewhere.

A host of sports including ice hockey, luge and multiple ski events have already started ahead of what is a spectacular curtain raiser.

Curling is another of the sports to have already began its preliminary rounds and the sport has become a fan favorite every time the Games come around.

Read more about one the most popular events at the Winter Olympics here. 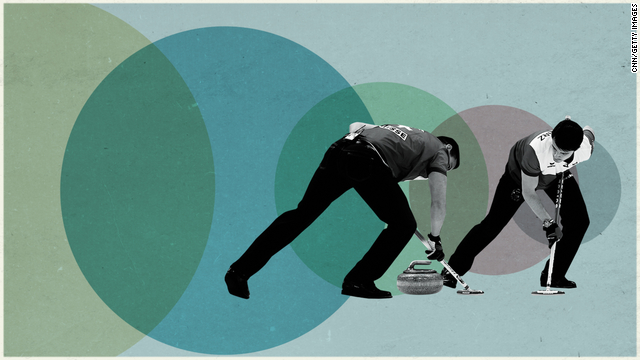