Daniel K. Elwell, the acting administrator of the Federal Aviation Administration, said it has conducted a review of the Boeing 737 Max 8 and found "no basis" to ground the aircraft.

"Thus far, our review shows no systematic performance issues and provides no basis to order grounding the aircraft," Elwell said in a statement.

The FAA continues to review extensively all available data and aggregate safety performance from operators and pilots of the Boeing 737 MAX.  Thus far, our review shows no systematic performance issues and provides no basis to order grounding the aircraft.  Nor have other civil aviation authorities provided data to us that would warrant action. In the course of our urgent review of data on the Ethiopian Airlines Flight 302 crash, if any issues affecting the continued airworthiness of the aircraft are identified, the FAA will take immediate and appropriate action.

Kuwait’s Directorate General for Civil Aviation said it is suspending operation of all Boeing 737 Max 8 flights until further notice.

The DGCA said it is taking the action after two planes of the same type crashed in the past five months.

The ban applies to all Boeing 737 Max 8 flights, including those in transit, the DGCA said.

Boeing said the call between its CEO Dennis Muilenburg and President Trump occurred after Trump’s morning tweets about how flying has become too complicated.

“Dennis reiterated to the President our position that the MAX aircraft is safe,” a company spokesperson said.

The General Civil Aviation Authority (GCAA) of the United Arab Emirates banned all operation of Boeing 737 Max 8s and 9s from flying in its airspace following the Ethiopian Airlines plane crash.

The planes are not allowed to fly until further notice.

"No operator shall operate the Boeing 737-8 'MAX' and Boeing 737-9 'MAX' aircraft from, in to or over the United Arab Emirates Airspace," the GCAA said in a statement.

The only two nations still flying a substantial numbers of Boeing 737 MAX 8s are the United States and Canada.

India’s aviation authority is grounding the Boeing 737 MAX immediately, according to a tweet from the Ministry of Civil Aviation.

"These planes will be grounded till appropriate modifications and safety measures are undertaken to ensure their safe operations," the tweet reads. 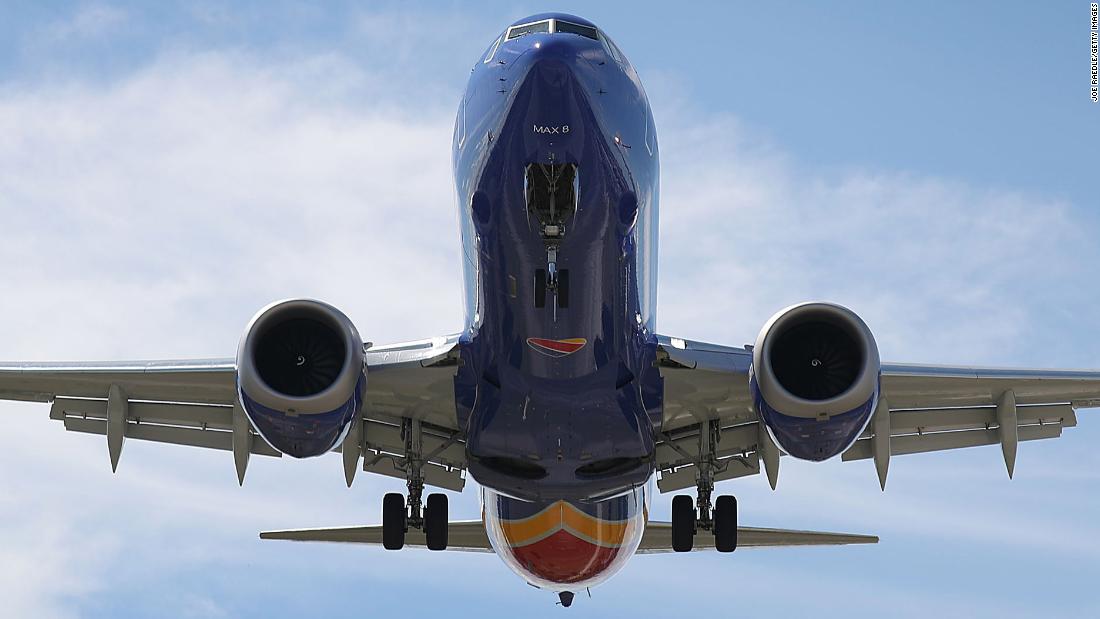 A growing number of airlines around the globe have announced they won't fly the planes until they know what happened in Sunday's fatal crash of an Ethiopian Airlines jet, which killed all aboard.

Yet Boeing said no grounding is needed.

"Safety is Boeing's number one priority and we have full confidence in the safety of the MAX," Boeing said in a statement Tuesday. "We understand that regulatory agencies and customers have made decisions that they believe are most appropriate for their home markets. It is also important to note that the Federal Aviation Administration is not mandating any further action at this time, and based on the information currently available, we do not have any basis to issue new guidance to operators."

The cost of grounding all 737 MAX planes could be between $1 billion and $5 billion, according to estimates from Wall Street firms Melius Research and Jefferies.

Boeing could afford that cost: It posted record revenue of $101 billion last year, and a $10.6 billion profit. It had forecast even stronger results this year. But Boeing's stock has fallen 11% this week.

The FAA and Boeing both say a software upgrade will give pilots greater control over plane in case problems emerge with the planes' safety systems. That fix is due in April.

And two US airlines flying the 737 MAX 8 — American Airlines and Southwest — say they will continue to fly those planes.

President Trump and Boeing CEO Dennis Muilenberg spoke by telephone today, following the president’s tweet about how flying has become too complicated, according to two sources familiar with the conversation.

Muilenberg, who has talked to Trump frequently and appeared alongside him several times during the first two years of his presidency, spoke to the president after he tweeted, "Airplanes are becoming far too complex to fly."

Why it matters: This would be the first known conversation between the Boeing CEO and the president since the crash of the Ethiopian Airlines plane Sunday, which has led countries around the world to ground the 737 Max 8.

The officials did not share details of their conversation, but both confirmed the call to CNN.

Several passengers who recently arrived on a Boeing 737 MAX 8 airplane at LaGuardia Airport in New York told CNN they would take the flight again. Other passengers were not aware they had been flying on a 737 MAX 8 aircraft.

Robert Kogan of Miami read about the aircraft before his flight but he said he just "assumed that if today is my day to go, it's my day, and the chances would be very rare of anything happening."

Asked if he would fly the aircraft again, Kogan said, "I think I'm on one to go back [to Miami]. I'm fine."

JoAnne Bander, also of Miami, said the Ethiopian Airlines plane crash was upsetting, and that she hadn't checked what aircraft for her flight.

"I'm very matter-of-fact about things. I mean, I can't live life worried about every bad thing that happens and when will it happen to me." she said.

Sen. Richard Blumenthal just sent a letter to the CEOs of American Airlines, Southwest, and United asking they take the "common sense step" and ground their Boeing 737 Max 8s while the FAA gathers answers.

"The American aviation industry has a long history of safety and excellence, due in part to the trust passengers and their families can place in the air carriers and operators," Blumenthal wrote.

"The common sense step now – until we have answers – is to ground these planes. Until we know what happened, safety and common sense demand that you ground all of your Boeing 737 Max 8s during this fact-finding process."