You can continue to follow our live coverage on the Ethiopian Airlines crash here.

The flight recorders for Ethiopian Airlines flight 302 have arrived in Paris, where they will be analyzed for potential clues into Sunday's plane crash.

A French Bureau of Enquiry and Analysis for Civil Aviation Safety spokesman said that the two black boxes would contain flight parameters as well as conversations in the cockpit.

He said there were less than a dozen laboratories around the world capable of reading the devices.

"When the black boxes have not (been damaged), the tapes or hard disks are intact, the data is easily recoverable. However, it also happens that entire passages of the recording are more or less damaged," he said, adding that the analysis could take days.

Ethiopia had requested France's assistance investigating the material as their country didn't have the equipment necessary.

In the past 24 hours, international concern over the possible dangers of Boeing's 737 Max 8 aircraft has only continued to grow.

US President Donald Trump announced Wednesday afternoon he would immediately ground all Boeing 737 Max 8 and 9 aircraft, amid concerns over their involvement in two major plane crashes less than six months apart.

Boeing issued a statement saying they would recommend the temporary global suspension of the entire 737 Max fleet. Fifty countries have now grounded or banned the planes inside their airspace.

It has only been four days since the Ethiopian Airlines crash which killed 157 people and sparked the growing backlash.

On Thursday morning, the plane's black box is expected to arrive in Paris for analysis, potentially providing answers to victims' families still mourning their loved ones.

You can catch up on our coverage by following the links below: 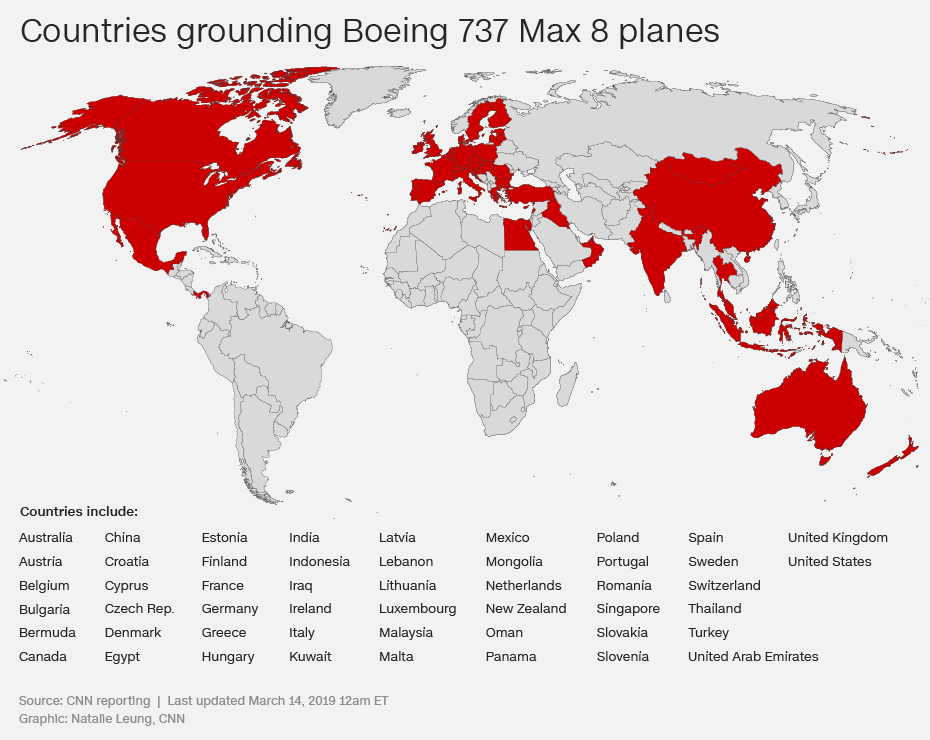