Our live coverage of the protests has ended. Read up on the latest news below.

Hundreds of thousands of people are understood to have turned out for climate protests across the world. In Glasgow alone, organizers say around 250,000 people gathered for demonstrations.

CNN has yet to verify those numbers with police, however, teams on the ground saw jam-packed protests with people from different social, culture and political group to send out one message to world leaders: The time to act is now.

As groups of protesters gathered in the city's Glasgow Green on Saturday afternoon, where climate activists Greta Thunberg and Vanessa Nakate were preparing to address the crowd.

Members of the Indigenous Climate Action group from north Canada joined the People's March in Glasgow, singing: "We don't need your extractive industries," as they marched through Glasgow's streets.

Indigenous people are "among the first to face the direct impacts of global warming on the ecosystems or landscapes they inhabit, owing also to their dependence upon, and close relationship with the environment and its resources," according to the United Nations.

"Although they account for only around 5 percent of the world’s population, they effectively manage an estimated 20-25 per cent of the Earth’s land surface. This land coincides with areas that hold 80 per cent of the planet’s biodiversity and about 40 per cent of all terrestrial protected areas and ecologically intact landscapes. Indigenous peoples therefore play a key role in efforts to protect the planet and biodiversity," the UN said in April.

On Saturday afternoon, activists from Minga Indigena, a collective of groups and communities from indigenous nations throughout the American continent, spoke at Glasgow Green to scores of protesters.

"Do you believe in leaders or in us?" a Minga Indigena activist said.

“Just as our ancestors defended the lands, we will continue,” they added.

Markey’s message to those at COP was that America was back and fully engaged in the climate space, after the Trump administration pulled the US out of the Paris Climate Agreement.

“We are going to deliver on our promises that you can turn the page on the Trump era,” Markey said. “We’re putting these [clean energy] tax breaks on the book for a 10-year period. We’re going to act on methane. There will be a climate bank inside of this legislation for $22 billion that will unleash approximately $200 billion worth of private sector investment in new clean energy technologies.”

Markey spoke at COP26 hours after the US House passed Biden’s bipartisan infrastructure bill, sending it to the president’s desk. But Congress still hasn’t passed Biden’s remaining $1.75 trillion climate and economic bill, and a vote on that will likely be delayed until before Thanksgiving.

House progressive lawmakers said they had secured a commitment from moderates they would vote for the major climate and economic legislation, but some climate advocates are uneasy.

Ramon Cruz, the president of the Sierra Club, told Markey at Saturday’s COP26 event that the House vote on the infrastructure bill was not “ideal” from his point of view.

“The events of last night in the US, unfortunately, are not ideal for us,” Cruz said. “It had been the intent of the Progressive Caucus members to go together hand in hand with the legislation that is really transformational – that changes people’s lives.”

COP26 President Alok Sharma has welcomed the passage of the $1.2 trillion infrastructure bill in the US Congress, saying that he hopes it will provide momentum for climate talks at Glasgow.

"As I've said before, I’m pleased we had a US administration that has put the US back in the frontline against climate change," he said at a news conference in Glasgow.

“I of course welcome the bill and I think it will help provide further momentum,” he said.

Read more about the bill here: 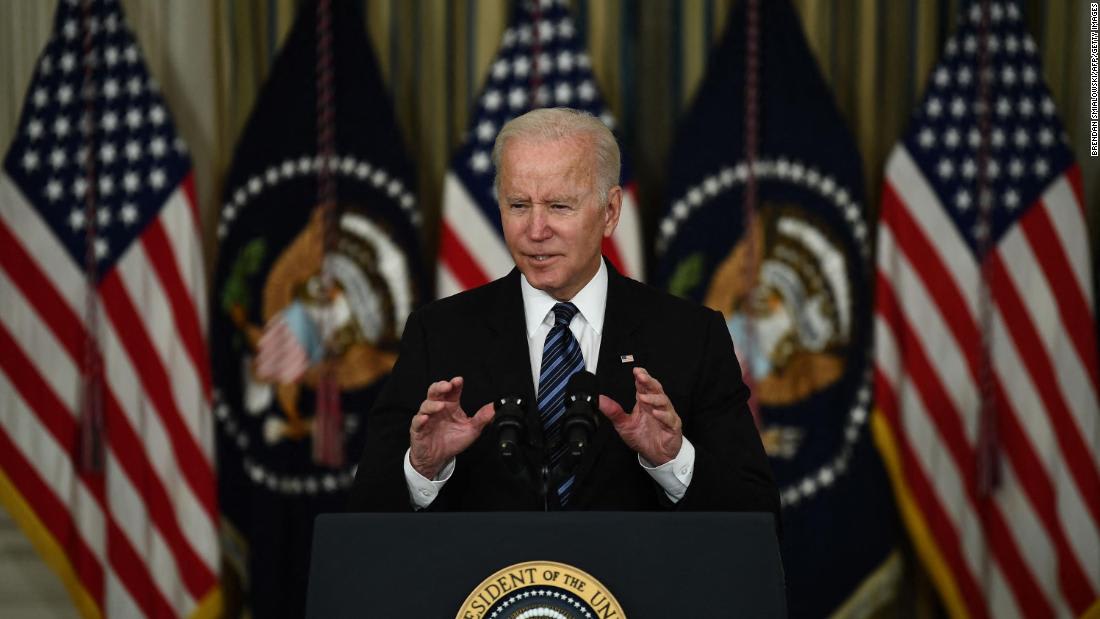 The US Congress passed a $1.2 trillion bipartisan infrastructure bill Friday night, which will invest tens of billions of dollars in improving the electric grid and water systems. It also includes funding for a nationwide network of plug-in electric vehicle chargers.

But Congress is still negotiating a larger climate and economic passage, that analyses show would go a long way to help the US achieve President Joe Biden's goal to slash US greenhouse gas emissions in half by 2030.

On Saturday, COP26 delegates reacted to the infrastructure bill's passage.

“I’m really looking forward to what Joe Biden is going to do and I have a lot of hope," said Alexander Reyes-Knoch, a member of the Peruvian delegation. "I think at least more than half of the world has a great hope of how the US will position itself and will be part of this movement.”

Elias Spiekermann, Germany’s Ministry for Environment Delegation, said it will “absolutely” concern him if Biden’s climate and economic bill does not pass through Congress.

Asked if he would support the White House exercising executive powers to help get Biden’s agenda through, Spiekermann continued:

“I mean, that's good for the climate. But then again, I guess it's also difficult to sell this to the American population," Spiekermann said. "Because it's probably difficult to make people understand why you should do it if you have a strong political group against it. So it is a sensitive topic, I guess.”

Samuel Vandermeulan, an environmental studies and political science student from the US who is attending COP26, expressed concern about the politics of climate change in the country.

“This is a good step. But the fact that something as important as climate change is still politically controversial in the US is embarrassing, I think," Vandermeulan said. "And so I'm very happy that as an American, that Biden seems to be taking a stronger stance in the world stage. But ... the rest of the world should be viewing it through a lens of skepticism until more substantive change comes about.”

As the climate summit continues in Glasgow on Saturday, thousands of people are demonstrating across the world, demanding that leaders take action on the climate crisis.

Here's a look at the climate protests unfolding across the globe today:

Thousands of climate action activists are marching through Glasgow today, demanding stronger action on the climate crisis as COP26 continues.

As the People's March kicks off on a rainy day in Glasgow, here's why some demonstrators say they've taken to the streets.

Alex Sidney, 18, cycled some 214 kilometers (132 miles) from Manchester to Glasgow with the environmental organization, Not 1 More.

“We wanted to show that you can travel in a carbon neutral way. It’s a form of protest," Sidney said.

71-year-old Liz Wignall said that she and her husband, Mike Wignall, had come to Glasgow from Edinburgh to demonstrate in solidarity with younger generations.

"We’re here for our grandchildren and the future generations," said Liz, who was holding a placard that read "Grannies against global warming."

"We’re trying to convince [the leaders] that we want a meaningful action," Mike, 73, said.

"We want them to know that this is not the end," Liz added.

Tommy McClellan, also from Edinburgh, was playing the bagpipe at the start of the demonstration. The 58-year-old father of two said he is “desperately worried about the planet and future generations."

"I have two daughters myself. But it’s not just about humans. Even if humans go extinct, I don’t want us to leave a destroyed planet behind," McClellan said.

Across the demonstration, protesters are carrying signs calling for climate justice and action. Some read:
"Climate justice now”
“Keep 1.5 alive”
“I haven’t seen a polar bear… but I’d like to”
“It’s now or never…take action”
“People + planet over profit”
“Blah blah blah," (a reference a Greta Thunberg's speech, where she roasted world leaders on climate inaction)
“Every disaster movie starts with someone ignoring a scientist”

Protesters are gathering the rain at Glasgow, but indoors, the theme today is nature -- and all the solutions it can offer, if humans protect it.

In a session on food and agriculture, Ugandan activist Vanessa Nakate said food shortages are already an "existential threat" as a result of climate change.

"The climate crisis is leaving millions of people hungry because there is no food," Nakate said.

Nakate added that although Africa is responsible for only 3% of global emissions, it has been suffering some of the most brutal impacts fueled by the climate crisis, such as hunger and death.

"Climate change has disrupted weather patterns in countries like mine, causing shorter and heavier rainy seasons plus longer dry seasons. Farms are being washed away by heavy rains, destroying crops. Crops are getting burned in intense dry seasons," she said.

The activist stressed the importance of tackling the issues that contribute to climate change. Nakate said that changing to a plant-based diet could lead to a great impact.

"Of course, not everyone has the ability to make such changes. But most of us do something. And it is those who have the most power, who also have the most responsibility. Our leaders need to start aligning their policies with the science to help us drastically reduce emissions to zero starting now," she said.

Vanessa Nakate has urged world leaders to start diverting from the usage of fossil fuels."Stop investing in fossil fuels, stop digging up and burning fossil fuels and stop forcing fossil fuels back into the ground where we grow the food that sustains us," she said.

British actor Idris Elba brought some star power to a COP26 panel on food and agriculture, warning lengthy queues at supermarkets sparked by food shortages during the Covid-19 pandemic “is a reality for us in the future” if we don’t tackle climate change.

Food shortages experienced during the pandemic were due to issues in supply chains , but Elba pointed out that supply chains would be hit hard "if we don't figure out what to do around climate change and what it's doing to our food systems."

Elba, who is the United Nations Ambassador for International Fund for Agricultural Development (IFAD) said that IFAD has been "focussing on small scale farmers [who] deliver 80% of the food that we eat," saying that its a fact that consumers don't realize when they go to the supermarket.

"It's not obvious to us. But it is obvious to them [farmers], because every year when they put their crops in, the crops are lower, because the rain is different, the soil is different. And one day we're gonna go to [grocers] Sainsbury's, Marks and Spencers and the food's not going to be there," Elba said.