China's Hubei province announced today that it will issue health codes for residents who want to travel within the province, in the first stage of a gradual lifting of travel restrictions.

Travel bans and restrictions have been imposed across the province since January, with the capital Wuhan, the epicenter of the outbreak, placed under total lockdown.

Now, the restrictions are slowly beginning to lift -- and the first stage will allow residents to apply for a government-issued QR health code through smartphone apps, which will then be verified by the provincial epidemic prevention database.

Residents will be given one of three color QR codes: green, yellow or red. The codes will be issued within 24 hours, but it is unclear how soon the residents may be able to travel.

QR codes are also currently used outside of Hubei to identify people’s health status and track where they have been to help monitor the spread of the virus.

Qantas has announced sweeping cost-cutting measures in light of the worsening novel coronavirus crisis, including slashing almost a quarter of all flights for the next six months and significantly reducing executive pay.

For the rest of this fiscal year, CEO Alan Joyce will forgo a salary, according to the Australian flagship carrier. Qantas Chairman Richard Goyder will stop taking management fees, and the executive leadership team will take a 30% pay cut.

The bulk of the cancellations will take place in Asia, where the virus outbreak originated. Flights in the region have been reduced by 31%. The airline will also lower capacity in the United States and the United Kingdom.

The cancellations amount to a 23% drop in overall capacity. Prior to this week, the airline had already reduced its flight schedule, but it said Tuesday it would take more "decisive action to mitigate the significant adverse impact of (the) coronavirus."

"In the past fortnight we've seen a sharp drop in bookings on our international network as the global coronavirus spread continues," Joyce said in a statement. 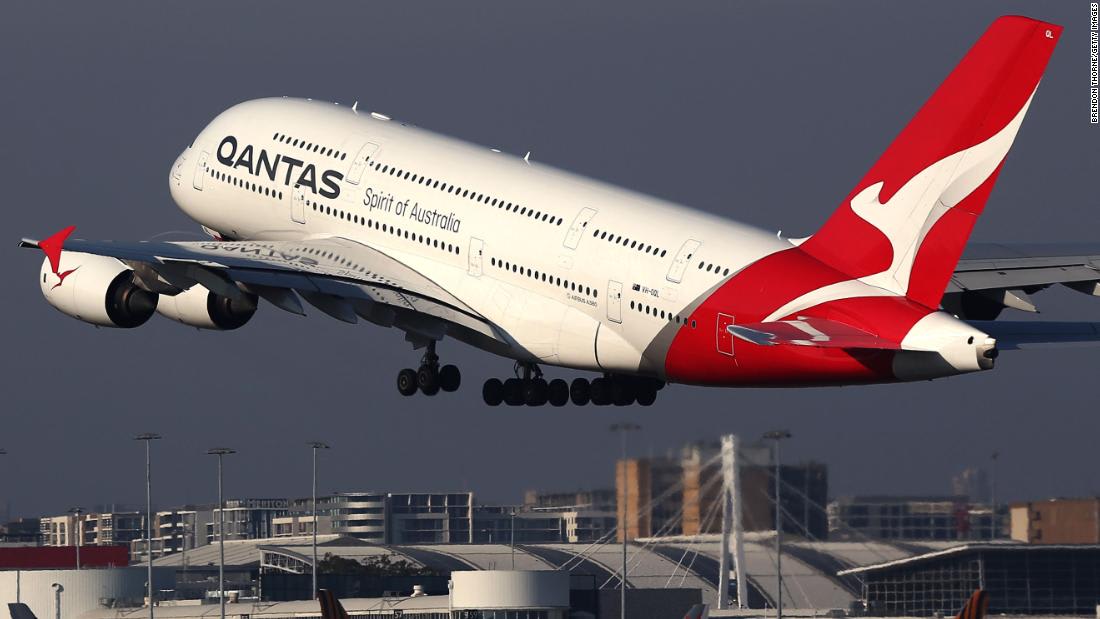 If you're just joining us, here are the latest developments on the coronavirus pandemic.

A cluster in Seoul: 50 people tied to a single call center in Seoul, South Korea, have contracted the coronavirus in what is believed to be the biggest single infection cluster in the city. This comes amid an apparent slowdown of the virus' spread in the country, with a decreasing number of new daily cases in recent days.

And they're implementing more measures: India has shut part of its border with Myanmar, and Spain has imposed widespread closures and service suspensions in “high community transmission risk areas."

China is closing field hospitals: The last of several temporary Hubei hospitals built in January and February to deal with the outbreak will close today, due to a decline in new daily cases and a stabilizing situation in China. These hospitals were either built from scratch in a matter of days, or converted from previous spaces like gymnasiums.

Markets recover from crash: Coronavirus fears and an oil price war sparked a global panic on Monday, with markets slowly recovering today after a stunning decline. Markets in Asia Pacific mostly stumbled today, while Dow futures jumped 500 points, or 2.2%, and Australia's benchmark S&P/ASX 200 was trading firmly in the green.

When the novel coronavirus outbreak hit Wuhan, China, in January, the city built entire hospitals to treat patients in the span of mere days.

Now, as the situation stabilizes, with the number of new daily cases dropping, the last two of these 14 field hospitals in Hubei province are set to close, according to state news agency Xinhua.

The 14 hospitals were built specifically to deal with the coronavirus outbreak and mainly treated patients with mild symptoms. Throughout January and February, local health officials converted public facilities such as sports stadiums and exhibition halls into field hospitals.

These last few facilities are closing "as the number of Covid-19 patients continued to drop in the city," Xinhua reported.

Today there were only 19 new cases reported in mainland China -- 17 of which were in Wuhan, and another 2 imported from overseas. According to the National Health Commission, a total of 59,897 patients have recovered and been discharged from hospitals across the country.

The first case of coronavirus has been confirmed in Northern Cyprus, according to a report from Turkish state news agency Anadolu. The patient is a 65-year-old German woman who was visiting as a tourist.

According to Anadolu, Northern Cyprus’ Health Minister Ali Pilli told local news agency Turkish Agency Cyprus she was part of a group of 30 tourists picked up from the airport with a shuttle bus and taken to a hotel in Famagusta. She is in stable condition and the hotel is under quarantine.

Cyprus exists as a divided territory, and only Turkey recognizes the self-proclaimed Turkish Republic of Northern Cyprus -- the northern part of the island -- as legitimate.

Fifty people tied to a single call center in the South Korean capital of Seoul have contracted the novel coronavirus, health authorities there said.

It is believed to be the biggest single infection cluster in Seoul. Most of the 7,513 coronavirus cases reported in South Korea have been in the southern city of Daegu and surrounding North Gyeongsang province. Fifty-four people have died in the outbreak..

Kwon Joon-wook, the vice-director of the South Korean Centers for Disease Control and Prevention said at a Tuesday news conference that 46 employees and four related family members had been infected. The first case began showing symptoms on March 4.

The employees of the call center were not wearing masks when they were working, according to Kwon.

Health authorities are now conducting an epidemiological investigation on all 207 employees of the call center who were working on the same floor.

The building where the call center is located was closed and disinfected on Monday and an inspection center has been set up on the ground floor for residents and employees to be screened for the novel coronavirus, according to the Seoul city government.

Vietnam has reported another coronavirus case, raising the national total to 32, according to the government's online portal.

The patient is a 24-year old Vietnamese woman who lives in London, according to Vietnam's Ministry of Health. The patient is a close contact with another Vietnamese citizen who was previously confirmed to be infected -- a 26-year-old woman who traveled to the UK and returned to Hanoi last week.

The 26-year-old woman met with the 24-year old patient in London on February 2 and was confirmed to have the virus on March 7.

Upon discovering that the 26-year-old woman had been infected, the London resident went to a hospital in the city. Despite its recommendation to isolate herself, she then left London on a private plane and landed in Ho Chi Minh City, where she tested positive for the virus.

Of the total 32 cases confirmed so far in Vietnam, 16 have been discharged.

A fifth coronavirus case has been confirmed in Afghanistan, authorities there said.

The new patient was reported in Samangan province in northern Afghanistan, according to Wahidullah Mayar, spokesman for the Ministry of Public Health.

The patient had traveled recently to Iran, where thousands have been infected and more than 230 people have died.

Afghanistan's other four cases are all located in the northwestern province of Herat, which borders Iran.

The northeastern Indian state of Manipur has closed its border with Myanmar amid coronavirus concerns, the region's chief minister tweeted.

Myanmar has not publicly confirmed any coronavirus cases within its borders, but several Indian states in the country's northeast are taking extra precautions as the virus spreads globally.

The nearby state of Arunachal Pradesh has banned the entry of foreigners due to fears of coronavirus spreading into the region. The state government issued a notice Friday stating that permits issued to foreigners to enter the state are being suspended until further notice.

Arunachal Pradesh is one of the states in India which comes under protected status and it also shares its border with China, Bhutan and Myanmar. Any individual who does not hold an Indian passport is required to apply for a "protected area permit" and can only enter the state once it is issued.

"To prevent spread of coronavirus in Arunachal, the protected area permit (PAP) being issued to foreigners has been suspended. This is in view of the reported cases of virus being detected in our country through people coming from abroad,” he said.

India has now confirmed 47 coronavirus patients throughout the country.

Two more cases were confirmed in Pune in the state of Maharashtra by the city’s divisional commissioner, Deepak Mhaisekar. Both patients had returned recently from Dubai and are now being treated in hospital.

Meanwhile, the first group of 58 Indian nationals who were stranded in Iran, where at least 7,161 patients have been infected and 237 have died, have returned, Foreign Minister S. Jaishankar tweeted.