Washington state Gov. Jay Inslee is expected to announce today that gatherings of more than 250 people in King, Snohomish and Pierce counties will be banned to help public health authorities stop the coronavirus from spreading further, according to The Seattle Times.

The measure will affect sporting events, concerts and cultural gatherings, but not retail stores, the newspaper reported.

Washington is currently dealing with the most severe coronavirus outbreak in the United States. At least 273 patients have been identified and 24 people have died.

Indian authorities have issued a new travel advisory that requires any passengers who arrive in the country to self-quarantine for 14 days if they have visited China, Hong Kong, South Korea, Japan, Italy, Thailand, Singapore, Iran, Malaysia, France, Spain or Germany.

Fifty-six coronavirus cases have been identified in India as of Wednesday morning local time.

India has also suspended visas issued to nationals of several countries with large outbreaks in order to prevent importation of the virus.

Authorities announced that they would be suspending visas issued to nationals of Germany, France and Spain, if those visas were issued on or before March 11 and if the visa-holder has not yet entered India. The country had already enacted similar visa restrictions for Italian, Iranian, South Korean and Chinese nationals.

Mongolia is temporarily banning any travel into the country through its border with Russia, state news agency Montsame reported.

The country is also suspending all flights to and from Russia, Turkey and Kazakhstan, according to Montsame.

The Ivy League may have decided to cancel its basketball tournaments amid coronavirus concerns, but the players are not letting it go down without a fight.

In an announcement Tuesday, the League said its season-ending championship tournaments -- which help determine what teams attend the National College Athletic Association (NCAA) basketball tournament -- would be canceled for both its men's and women's teams as a result of the coronavirus pandemic.

The decision resulted in immediate backlash from some players in the league, who created a petition on Change.org called "Reinstate the Ivy League Tournament."

Cody Manmiller, an athletic communications assistant at the University of Pennsylvania, confirmed to CNN that "the Penn Women's Basketball team created and wrote the petition with the support of multiple Ivy League teams."

"The hypocrisy of our Ivy League presidents is baffling and alarming," the petition, which as of Tuesday evening had garnered more than 8,000 signatures, reads. "Other conferences, such as the SEC and Pac-12, are still scheduled to host their men's basketball championship tournaments."

The petition's authors argue that the careers of the league's senior players unfairly got cut short. They point out that other sports, such as the Ivy League wrestlers, are continuing to compete and travel in spite of the virus. 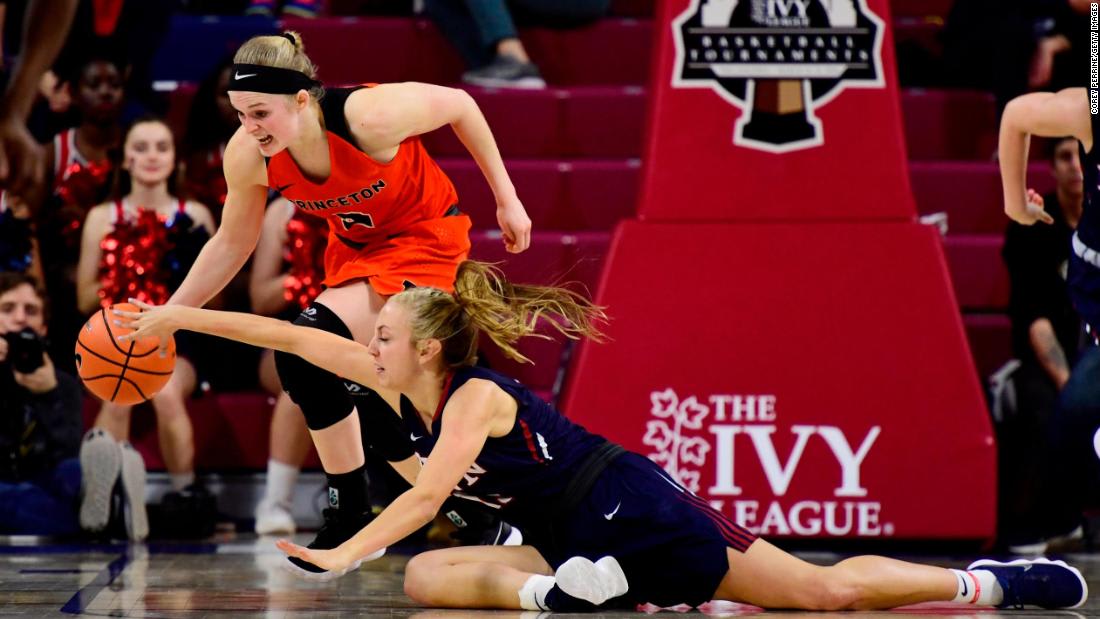 Massachusetts' coronavirus cases have more than doubled and the state's governor declared a state of emergency after employees who attended a company meeting in Boston last month tested positive for the virus.

Gov. Charlie Baker declared a state of emergency in response to the outbreak.

"The purpose of moving forward with these measures now is to act before the numbers increase to the point where the virus spread is severely impacting the commonwealth," Baker told reporters Tuesday, adding that a spike in cases could overwhelm the state's systems. 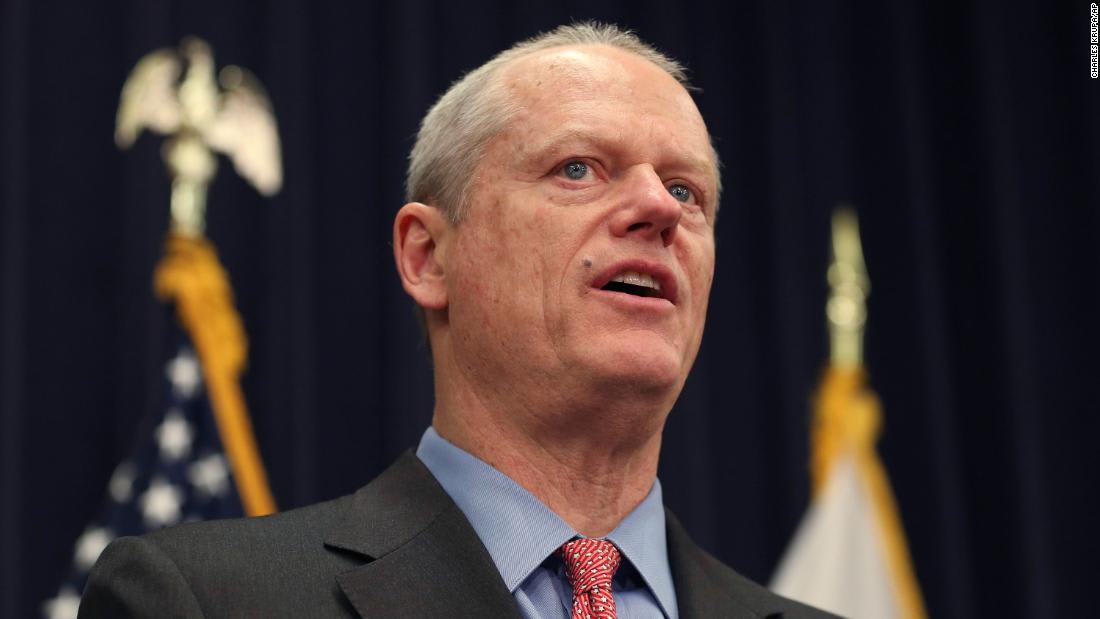 A doctor in Seattle studying influenza hypothesized that the coronavirus had been spreading in Washington for days before anyone realized it, according to a New York Times report yesterday.

For weeks, states have raised concerns that there are not enough tests available, as international agencies like the World Health Organization warned that early testing and contact testing is paramount to halting the virus' spread.

According to the Times, Dr. Helen Y. Chu and her team, without government approval, re-purposed tests for influenza to instead look for coronavirus. The study found a positive test from a teen with no travel history to any area where there had been an outbreak, showing the coronavirus was spreading in the community earlier than officials thought.

“Our researchers are deeply dedicated to keeping our community safe. In the face of this unprecedented health threat, there are times when we have all felt the need to move fast in an effort to save lives. We are actively working and have had good cooperation with local, state, and national health authorities on the response to COVID-19.
Our team is productively collaborating with state regulators and has identified a path forward that will allow us to continue testing. This collaboration will be crucial to helping us overcome the current challenge and putting in place a strong foundation for the future.”

More than 4,200 people have died globally and over 115,800 have been infected during the pandemic, according to CNN's tally. More than 61,400 patients in mainland China have recovered and been discharged, according to China’s National Health Commission.

These 11 countries have reported the most infections:

The coronavirus pandemic shows no signs of slowing in the US and Europe, which are reporting exponential increases in the number of new cases daily. Meanwhile in Asia, a spike in Japan is causing concern as other parts of the region stabilize.

The US has reached 1,000 cases: Washington is still the hardest-hit state, but New York and California aren't too far behind, and Massachusetts is now nearing 100 cases. Many states have declared states of emergency, and universities nationwide are closing early or conducting online classes.

There has been an uptick in testing nationwide in recent days, according to the US Centers for Disease Control and Prevention. A lack of available testing has led to frustration of state and local officials, and there has been confusion over the number of testing kits that have been mailed out.

Life under lockdown in Italy: Town squares are empty, schools are closed, public events canceled, and people are staying home, under lockdown measures implemented Monday across the entire country.

Experts say these measures may help slow the spread of the virus as Italy's healthcare system creaks under the weight of the outbreak -- but it has also led to desperation and tragedy, like the case of an Italian woman stuck at home with the body of her husband, who died of the virus, because of strict quarantine protocols.

Meanwhile in South Korea: The country had reported a drop in daily reported cases earlier this week, with health officials cautiously hopeful that it may indicate a slowdown in infection. But South Korea reported 242 new cases and 6 more deaths yesterday, and identified a new cluster in the capital Seoul -- a reminder that the outbreak is not by any means over.

Sporting events canceled: Matches and events worldwide are being played behind closed doors, suspended or postponed as the virus spreads. The English Premier League fixture between Manchester City and Arsenal, scheduled for Wednesday, was postponed and players quarantined after potential exposure to a patient.

And there is still a question over the Tokyo 2020 Olympic Games, which organizers insist will continue as planned -- despite calls for cancellations and a rise in Japan's cases.

Jamaica has confirmed its first case of coronavirus in the capital of Kingston, the Ministry of Health and Wellness announced Tuesday.

The patient is a Jamaican woman that was in the UK recently but arrived back on the island on March 4. She has been in isolation since Sunday.