An Italian woman has been unable to leave her apartment where her husband’s dead body is being kept due to quarantine restrictions, Giancarlo Canepa, mayor of Borghetto Santo Spirito, told CNN Tuesday.

The husband, who had tested positive for coronavirus previously, died Monday at 2 a.m. local time.

“Yes, it is true she is still there with the body and we won’t be able to remove it until Wednesday morning,“ the mayor said. Canepa said quarantine protocol states that no one is allowed to approach the body.
“Unfortunately, we have a security protocol we must follow,” he said. The mayor also said that the man refused to be taken to the local hospital for recovery, which led to this situation. “Otherwise, this wouldn’t have happened,” he said.

The story made headlines in Italy as stories emerged of the wife’s despair at remaining locked up with her husband’s dead body for hours on end.

Local television station IVG.IT posted video interviews with the woman’s neighbors who had just found out that their neighbor had died.

“Right now the most important thing is to think about this lady, alone with the body of her husband … No one can come close to help her nor comfort her. We hope this is quickly resolved. Our thoughts are with her and on what she is living through,” the neighbor said on video and whose name was not made public.

IVG.IT reported that the man’s family members are desperate and that his widow has been crying for help from her balcony.

Among these new cases, 131 are from the city of Daegu, the epicenter of the outbreak that alone accounts for a total of 5,794 cases. North Gyeongsang province, which surrounds Daegu, reported a jump of 18 new cases on Tuesday.

Sixty people have now died in the country. A total of 7,755 cases have been identified. Daegu and North Gyeongsang account for about 89% of the nation's confirmed cases, the KCDC said.

A cluster in Seoul: The mayor of the South Korean capital, Park Won-soon, said 93 patients are linked to a call center, up from 50 yesterday. Park said that it's the biggest infection in the Seoul capital area so far.

Hong Kong raised its travel warning to all of Italy, as well as some regions of France, Germany, Japan, and Spain amid the spread of novel coronavirus, the city's Security Bureau said in a statement Tuesday.

The new restrictions will cover the French regions of Bourgogne-Franche-Comte and Grand Est, the German region of North Rhine-Westphalia, the Japanese prefecture of Hokkaido, and the Spanish regions of La Rioja, Madrid, and the Basque Country.

The Department of Health also announced anyone who visited these regions in the past 14 days will be required to stay in a quarantine center when they arrive in the city. The new arrangements will take effect on March 14.

The number of coronavirus cases in the United States has reached 1,000, according to a CNN tally. The number of patients identified has doubled since Sunday.

Washington state remains the hardest-hit, with 273 patients and 24 fatalities. California and New York are the only other states with more than 100 cases, while Massachusetts is getting closer with 92. See here for a state-by-state breakdown.

You should know: While the numbers are noteworthy, they do not come as a complete surprise. Viral outbreaks often increase exponentially -- not linearly or logarithmically -- if there is no immunization or cure because one patient can infect several others. That is why public health officials are stressing the importance of contact tracing in stopping the coronavirus' spread.

The coronavirus pandemic continues to spread worldwide -- though it appears to be stabilizing in some areas of Asia. If you're just tuning in, here are the latest developments:

China's drop in numbers: Mainland China had 24 new cases today, 10 of which were imported from overseas -- meaning only 14 of the new cases were due to local transmission. It's a huge drop in case numbers, considering China was reporting around 2,000 new cases per day just a month or two ago -- and a sign that the outbreak may be contained in most of the country.

But not all of Asia-Pacific has recovered: Japan has seen an increase in cases in recent days, and is set to enact an emergency measures bill this weekend. It's unclear whether the increase in cases is due to a spike in infection, or to other factors like increased testing capacity or more accurate detection of cases than before.

In Australia, the government has unveiled a $1.56 billion health funding package, as the number of cases creep up; the national total is now at 112.

The virus is spreading in the US: The number of cases nationwide is nearing 1,000, and many states have declared states of emergency. Schools are closing, public events are being canceled, and employees are being told to work from home -- in an echo of the same panic and emergency measures that took place in Asia just a month ago.

Italy is still under lockdown: All 60 million residents are under lockdown -- meaning restricted movement, schools closed, public services suspended, and public events canceled. Cities and public spaces today are empty and deserted, and the streets are quiet; one 26-year-old in Rome told CNN the restrictions felt "similar to times of war."

Speaking Friday, Wang Zhonglin, party chief of Wuhan, the virus-hit capital of Hubei province, said that people in the city -- much of which remains on lockdown -- were not appreciative enough.

It is necessary, Wang reportedly said, "to carry out gratitude education among the citizens of the whole city, so that they thank (President Xi Jinping), thank the Chinese Communist Party, heed the party, walk with the party, and create strong positive energy."

His comments attracted widespread criticism online, and have since been mostly scrubbed by the censors, though some state media reports including the quote remain accessible. Yet while Wang appears to have gone too far in the eyes of many -- creating a public relations headache the propaganda apparatus had to clean up -- the sentiment he was expressing is nevertheless widely shared.

As the coronavirus spreads around the world, China has been increasingly vocal about what it appears to feel is a lack of appreciation from the global community for its efforts to contain the outbreak, and preventing the crisis from being even worse than it may turn out to be. 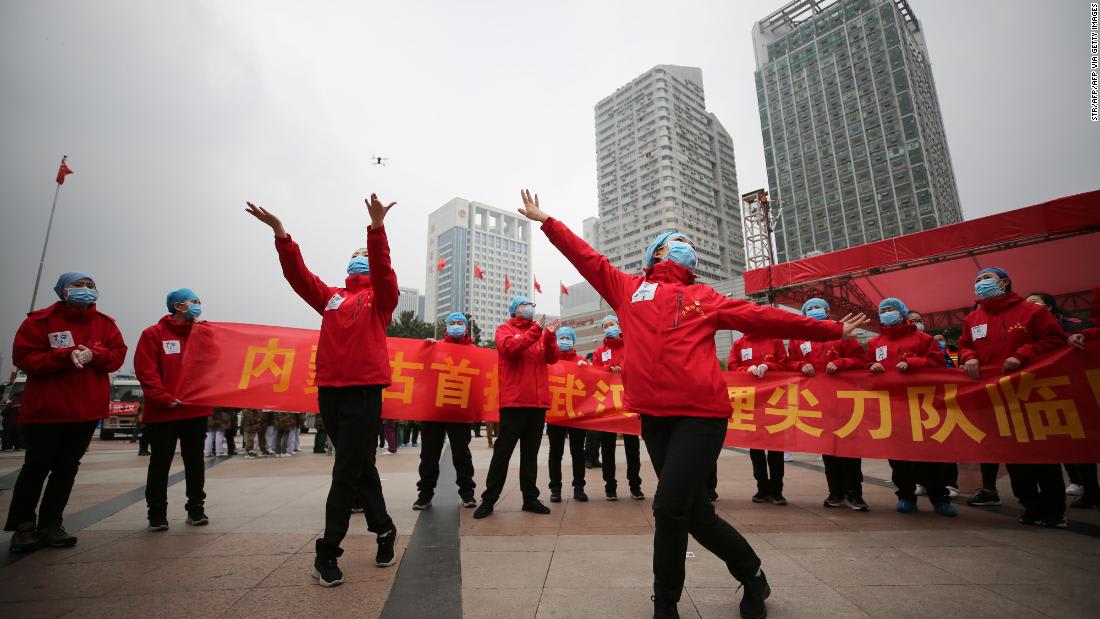 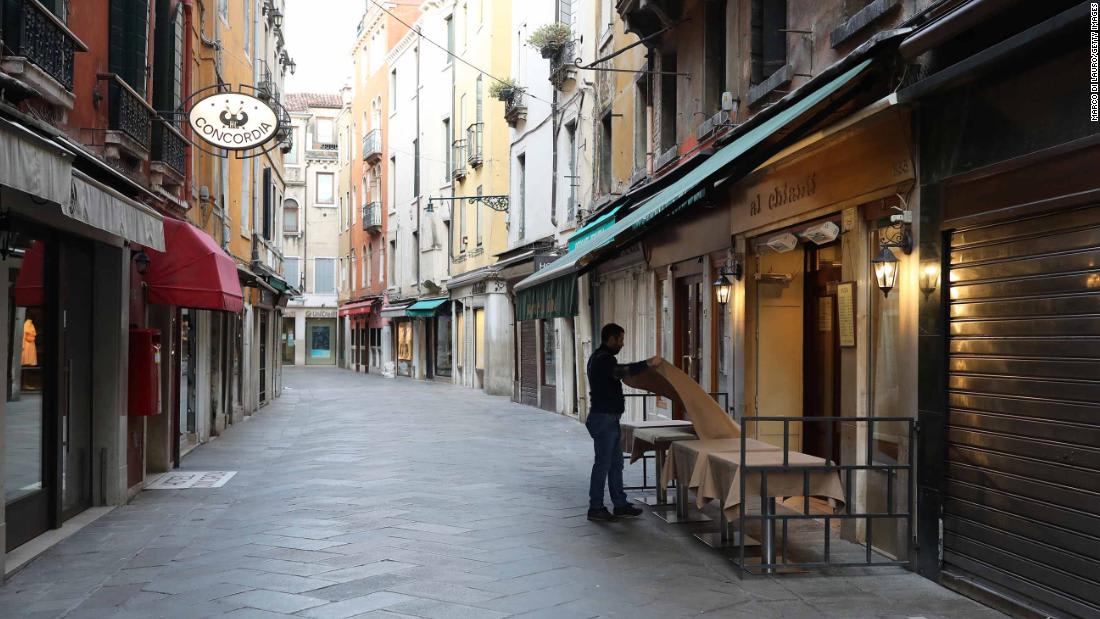