Wuhan, the Chinese city where the novel coronavirus was first identified, is still facing a "severe" epidemic, amid a continuation of locally transmitted cases, the city's municipal health commission said in a press conference Sunday.

Wuhan, which is home to an estimated 11 million people, has been on lockdown since January 23. It is considered to be the epicenter of the global pandemic.

“Although the number of new (daily) cases in Wuhan remains in the single digits, there are still cases in the community,” Zheng Yun, deputy director of Wuhan municipal health commission, said.

He added that there is still a risk of community infection, as some recent patients are believed to have contracted the virus in their neighborhoods, citing an epidemiological investigation.

Zheng reminded citizens who are relaxing vigilance to maintain cautious and avoid going out as much as possible.

In a video posted to his official Twitter account on Sunday night, Schwarzenegger showed himself enjoying a quiet dinner at home with his miniature horse and miniature donkey.

Earlier in the day, singer Ariana Grande released a statement urging people not to take the pandemic "lightly." "Like your hip hop yoga class can ... wait I promise," she said on her official Twitter account.

Meanwhile, "Will and Grace" star Debra Messing urged any of her 630,000 Twitter followers not taking social distancing seriously to read a thread detailing patients' experiences while hospitalized on ventilators, the life-saving equipment required for some serious coronavirus cases.

The numbers: There have now been more reported cases of the novel coronavirus outside of mainland China than inside, according to figures from the World Health Organization and public health agencies tracked by CNN. The coronavirus has killed more than 6,400 worldwide, and infected over 169,000, according to an estimate from Johns Hopkins University, which is tracking cases reported by the WHO and additional sources.

China economy: The People's Bank of China has pumped 100 billion yuan ($14.3 billion) into the financial system by offering one-year medium-term lending facility (MLF) loans to banks. It comes as fresh data from China today showed the economy has been hit harder than expected by the coronavirus outbreak.

South Korea on guard: New coronavirus infections are showing a continuous slowdown but Kim Ganglip, deputy head of the Central Disaster Relief Headquarters, said people should continue to keep their guards up. South Korea also announced that it has expanded special immigration measures for people arriving from all of Europe.

Los Angeles restrictions: From midnight Sunday, all bars, nightclubs and restaurants will be closed in LA until March 31, the city's mayor Eric Garcetti announced in a public address.

Jack Ma sends help: The Chinese entrepreneur and founder of e-commerce giant Alibaba used his first tweet to post a photo of a massive donation of face masks and coronavirus testing kits. The donated goods are on their way to the US, Ma said on Twitter, courtesy of the Jack Ma Foundation.

Disney closures: All Disney stores in North America will close from March 17 and all Disney-owned and operated locations at Downtown Disney in Anaheim and Disney Springs in Orlando will be closed on March 17, Disney Parks, Experiences and Products said.

Peace Corps suspension: The US Peace Corps has decided to temporarily suspend all operations around the world and evacuate its volunteers as the coronavirus pandemic spreads.

The number of new coronavirus infections in South Korea is continuing to slow but the government has warned people to keep their guard up against further outbreaks.

Kim Ganglip, deputy head of the country's Central Disaster Relief Headquarters, said at a briefing today that the next two to three weeks were a "critical period" in the battle against the pandemic.

"We need to focus all our efforts to stop regional infections in the nation,” Kim told reporters, adding the government is particularly concerned about new imported cases.

To avoid further contamination, South Korea announced today that it has expanded special immigration measures for people arriving from all of Europe.

All European travelers will be required to go through temperature checks, a medical survey, and download an app so their temperature can be monitored daily.

All travelers are also required to submit their reachable phone numbers upon arrival.

There are more than 8,100 confirmed cases of the coronavirus in South Korea, according to the World Health Organization.

On Monday, the country reported 74 new cases. Among them, 35 were from Daegu --epicenter of the outbreak in South Korea -- 20 from Gyeonggi province, and six in Seoul.

In an effort to shoot down rumors of imminent strict security measures in the US, circulating via text messages, the White House National Security Council put a statement on their official Twitter account.

"Text message rumors of a national quarantine are FAKE. There is no national lockdown. The CDC has and will continue to post the latest guidance on Covid-19," the statement said.

The two top contenders for the 2020 Democratic nomination for President of the United States clashed on how best to tackle the coronavirus at a televised debate Sunday night.

Even from the beginning of the night the coronavirus epidemic was influencing the proceedings. Upon entering the stage, Biden, with a grin, offered his elbow as a greeting to Sanders before the two men took their place behind the podiums.

The two men were spaced more than six feet apart in keeping with the government's guidelines for social distancing.

Both men agreed that the government should cover not only the health care costs of those who get sick, but also any lost wages, missed rent or mortgage payments and childcare costs incurred as a result of the illness.

However that was as far as the two men agreed. While Biden proposed a rapid expansion in drive-through testing across the country, Sanders touted his plan for Medicare for All as a critical part of the safety net in the midst of this crisis. 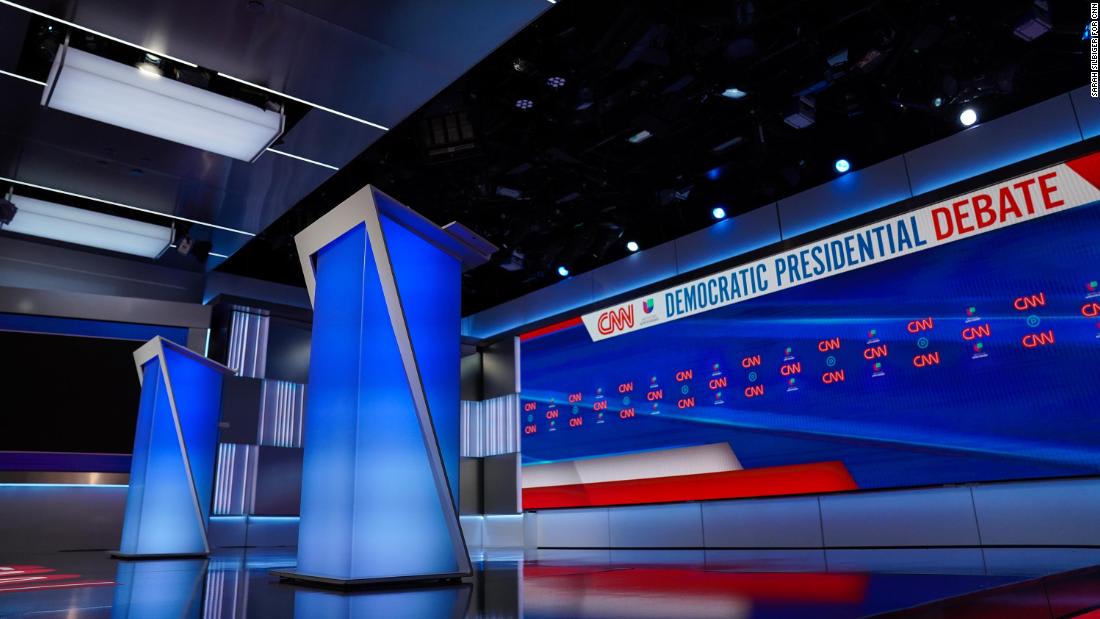 The Cuban government is willing to receive the MS Braemar cruise ship which has been searching for somewhere to dock after it was refused entry at multiple Caribbean ports.

The transatlantic cruise ship is carrying more than 600 passengers with at least five confirmed coronavirus cases onboard.

In addition, 20 passengers and another 20 crew members, including a doctor, are in isolation after displaying influenza-like symptoms while traveling on the ship.

The cruise ship was refused docking in Barbados on Thursday and the Bahamas on Friday.

A diplomatic source in Cuba told CNN Sunday that Cuba and the United Kingdom had been engaging in discussions around the ship.

According to the source, the Cuban government "comprehends the difficult situation these passengers find themselves in."

The Cuban government has said it will allow the ship to dock in Cuba out of “humanitarian concerns” and the need for “a shared effort to confront and stop the spread of the pandemic.”

Jack Ma, Chinese entrepreneur and founder of e-commerce giant Alibaba, used his first tweet to post a photo of a massive donation of face masks and coronavirus testing kits.

The donated goods are on their way to the United States, Ma said on Twitter, courtesy of the Jack Ma Foundation.

"The first shipment of masks and coronavirus test kits to the US is taking off from Shanghai. All the best to our friends in America," Ma said in his very first post on his official Twitter account.

According to an earlier post from the foundation, the shipment included about 500,000 coronavirus testing kits and a million face masks.

All Disney stores in North America will close from March 17, Disney Parks, Experiences and Products announced in a statement on Twitter early Monday.

In addition, all Disney-owned and operated locations at Downtown Disney in Anaheim and Disney Springs in Orlando will be closed on March 17.

According to the announcement, individual tenants will make decisions on whether to continue or adjust operations.

Disney-owned and operated hotels at Walt Disney World Resort and Disney's Vero Beach Resort will close on March 20, the organization announced in the statement.