This year's Glastonbury music festival in the United Kingdom has been canceled, the event's organizers said on Twitter Wednesday.

"Clearly this was not a course of action we hoped to take for our 50th anniversary event, but following the new government measures announced this week - and in times of such unprecedented uncertainty - this is now our only viable option."

Organizers said they had expected to attract more than 200,000 people to the festival in Somerset, western England; even if the situation improved by June they would be unable to spend the next three months preparing for the event.

Those who have paid deposits on tickets would be entitled to a refund or to roll them over to the 2021 event.

The UK's largest pharmacy chain Boots has joined other retailers in imposing rations on items like hand sanitizer, as shoppers panic-buy products during the coronavirus outbreak.

In Boots stores across London, items like thermometers, paracetemol and hand soap have sold out. Hand soap sales alone are at about 1,000% of usual levels, the company says.

Supermarket chain Sainsbury's also announced it would implement a series of measures, including some to help the elderly and vulnerable ensure they get the items they need.

"We will set aside the first hour in every supermarket this Thursday 19th March for elderly and vulnerable customers," Sainsbury's Chief Executive Officer Mike Coupe said in a statement shared on Twitter on Wednesday.

"We will also help elderly and vulnerable customers to access food online. From Monday 23rd March, our online customers who are over 70 years of age or have a disability will have priority access to online delivery slots."

A top adviser to the UK government in the country's coronavirus response believes he has caught the disease, confirming he had been in meetings with Prime Minister Boris Johnson and other senior officials before developing symptoms.

Neil Ferguson is head of the modelling program at Imperial College London's center for global infectious disease analysis, and it was his team's research that prompted the UK government to impose more restrictive measures to slow the virus' spread.

Ferguson announced his possible infection on Twitter, and told the BBC's Radio 4 program that just days before he had been in touch with the Prime Minister and the country's chief medical officer, Chris Whitty, and chief scientific adviser, Sir Patrick Vallance.

“I’ve been in so many meetings in the last few weeks and a number of my colleagues from other universities who’ve been advising government in those meetings have also developed symptoms," he told the BBC.

He said he had not had contact with anyone in the 12 hours prior to the onset of his symptoms, so it is possible he was not infectious at the time of his meetings with officials.

He added that he wasn't surprised to have developed coronavirus symptoms, adding that central London was a hotspot.

Hong Kong reported its largest increase in new coronavirus cases on Wednesday, after a period of apparent slowdown in infections.

For most of March, few, if any, cases were reported every day. Today, there were 14 new cases -- all of which except one had recent international travel history.

This brings the city's total to 182 cases.

Wong Ka-hing, of Hong Kong’s Center for Health Protection, warned today that a huge volume of travelers is expected to arrive in Hong Kong in the coming days, especially as students abroad arrive home after university closures.

This has raised alarm that there may be a second wave of infections, with travelers abroad potentially bringing back many new infections and forming new clusters.

Starting Thursday, all international arrivals will be required to self-quarantine for 14 days.

Three American tourists went to Lima, Peru, for a yoga retreat in the Sacred Valley at Munay Sanqo.

Now, the borders are shut, the country is under quarantine -- and they're stuck.

Lisa Kolker, one of the three friends, told CNN that their flight from Cusco to Lima had been delayed, making them miss the next connecting flight out of Peru, just before the border closed on Sunday.

The abrupt short-notice closures have left her group scrambling to find a way back home, and the next flight they were able to book isn't until April 3.

The closures "literally all happened in the middle of the night when no one could do anything," Kolker said. She first heard about the closures on Sunday from "a random European woman," but a lack of information online fed confusion -- it wasn't until the next morning that they realized the seriousness of the situation.

She has reached out to the US embassy and the State Department, but hasn't heard back yet.

What life in Peru looks like now: Jenn Moeller, one of Kolker's friends, said when the border closures were announced, "things suddenly went into chaos."

"Streets are being patrolled by police and militia with lots of road stops and road closures," she told CNN. "We were allowed to walk to grocery stores and pharmacies today. We were stopped once by militia who asked for passports and where we were going."

Read more about the hundreds of Americans stuck in Peru: 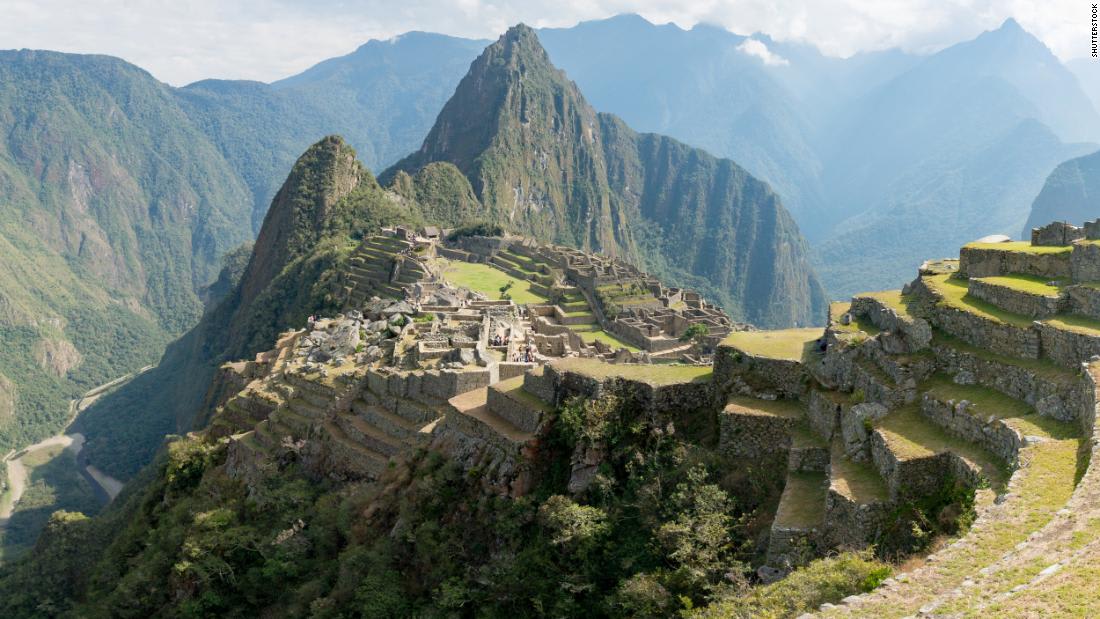 Eight countries in the region have confirmed cases now, with numbers rising in the past week: Thailand, Indonesia, India, Sri Lanka, Maldives, Bangladesh, Nepal and Bhutan.

"The situation is evolving rapidly, we need to scale up all efforts to prevent the virus from infecting more people," said Dr. Poonam Khetrapal Singh, Regional Director of WHO Southeast Asia, in a press release Tuesday.

“More clusters of virus transmission are being confirmed. While this is an indication of an alert and effective surveillance, it also puts the spotlight on the need for more aggressive and whole of society efforts to prevent further spread of COVID-19. We clearly need to do more, and urgently,” Singh said.

She warned that some countries are “clearly heading towards community transmission of Covid-19.”

Nearly everyone wears masks when they go out on the streets -- a visual representation of the city's widespread, intense efforts to contain the coronavirus pandemic.

But there is also rising friction as people warn against complacency and the possibility of a second wave of cases.

Earlier this week, the front page of the influential local newspaper Apple Daily criticized expatriates gathering in a bar without masks. The story tapped into a widespread perception among many Hong Kongers, whether true or not, that some of the city's foreign residents have not shared their alarm at the outbreak.

The trauma of SARS: Many foreigners living in the city today did not experience the 2003 SARS outbreak, which has cast a long shadow over the current response, and made Hong Kongers far more wary and willing to take extreme precautions.

Some residents were frustrated at the attitude of a minority of expatriates, including some bosses and colleagues, who belittled or mocked the emergency measures being put in place -- such as wearing masks everywhere or working from home -- ignoring the painful lessons that their locally-born colleagues had learned from SARS.

The privilege of escape: There was also a feeling that many foreign passport holders had an easy escape route to other countries that Hong Kongers did not.

Another part of the problem is that, while Hong Kong has long advised people to wear face masks in public, other governments have given conflicting advice, and those returning to or going about the city unmaksed may be following the guidance of their home countries. 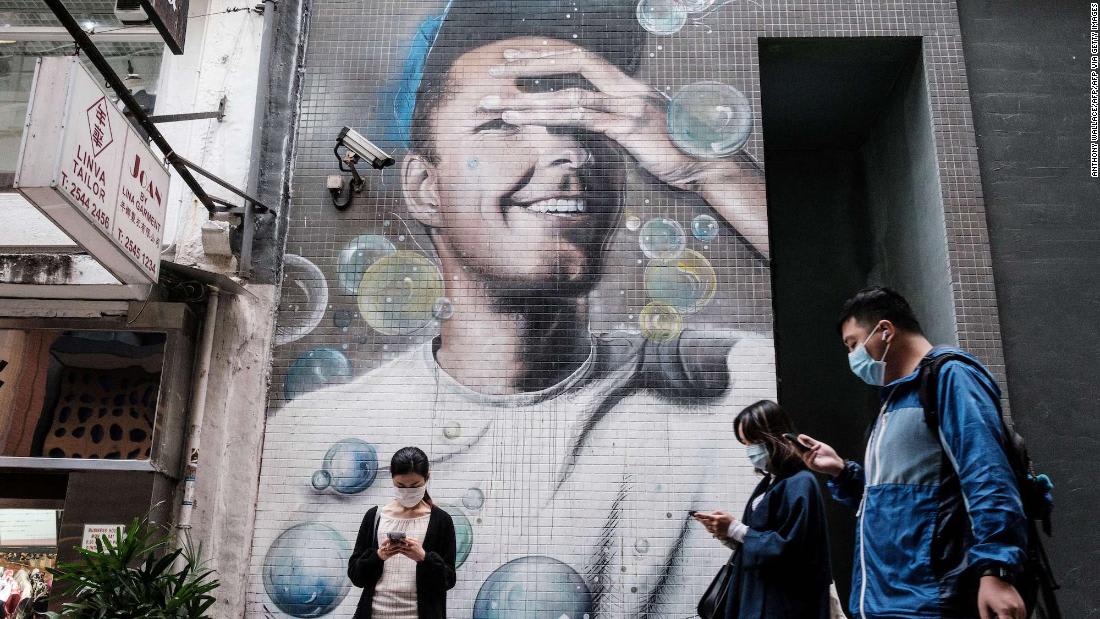 Hong Kong managed to contain the virus, now it's worried international travelers will bring it back

As countries impose greater restrictions on travel and flights, it's becoming increasingly hard for some travelers to make their way back home.

Indian national Jaskeerat Singh Bakshi is studying medicine in the Philippines capital of Manila. On Monday, the Philippines locked down its largest and most populous island of Luzon -- home to more than 50 million people, including the capital -- in an effort to contain the spread of coronavirus.

Foreign nationals were told they had a 72-hour window to voluntarily leave the country.

"This pushed everybody into panic, most of all the students who comprise the large majority of Indians there," Bakshi told CNN.

Bakshi said he got on an early flight the next day to Kolkata with a stop over in Malaysia's capital Kuala Lumpur.

"This leaves us with nowhere to go. Our connecting flight from Kuala Lumpur to India was canceled," he said. "Neither the Malaysian authorities will accept us nor is there any other way to get to India."

He and 250 other Indian nationals were left stranded overnight in the airport.

By Wednesday, Bakshi has received good news. The Indian High Commission in Malaysia and India’s Foreign Affairs Ministry had got involved and said they had secured flights to bring the stranded travelers back home.

These new measures, which are in effect until March 31, include prohibiting all Malaysian nationals from traveling abroad and all foreigners from entering the country.

Mass closures: The measures also include a ban on social, religious and educational gatherings. Only essential businesses like prisons and food supply operations are allowed to stay open; restaurants can still operate, but aren't allowed to serve food on premises, and must instead offer only delivery or takeaway.

There is no curfew in place yet and people can still leave their houses -- but it's "not advised" to take their families out, Bernama reported, citing government and national security officials.

“We have a small window of opportunity to break the chain of Covid-19 transmission," posted Director General of Health Noor Hisham Abdullah on Facebook today.
“Failure is not an option here, otherwise, we might face the 3rd wave of the virus. The next one will be as big as a tsunami, more so if we have a lackadaisical attitude," he wrote.