Tedros said there are more than 300,000 cases of coronavirus across the world.

US Senate Minority Leader Chuck Schumer said a bipartisan deal could be reached shortly on the coronavirus bill.

“We are very close to reaching a deal. Very close. And our goal is to reach a deal today and we’re hopeful, even confident, that we will meet that goal,” said Schumer, who spoke after Majority Leader Mitch McConnell.

Schumer argued that McConnell is setting “arbitrary vote deadlines” by continuing to set up procedural votes when a bipartisan deal has not yet been reached, downplaying the failed vote yesterday by emphasizing that the real action is the ongoing talks, not procedural votes.

Schumer noted he is meeting regularly with Treasury Secretary Steve Mnuchin and White House legislative director Eric Ueland to hash out a deal. “We hope and expect to conclude negotiations today," he said.

He called the bill they are discussing "the largest emergency funding bill in American history."

Schumer addressed the news that Sen. Amy Klobuchar’s husband as well as Sen. Rand Paul have tested positive. “I want to let them know, both of them, that the Senate is thinking of them and praying for their speedy recovery,” he said.

"Small, observational and non-randomized studies will not give us the answers we need. Using untested drugs without the right evidence could raise false hope and even do more harm than good and cause a shortage of essential drugs that are needed to treat other diseases," WHO Director-General Tedros Adhanom Ghebreyesus said during a press briefing on Monday.

"That’s why WHO has launched the SOLIDARITY trial, to generate robust, high-quality evidence as fast as possible," Tedros said. "The more countries sign up to the trial and other large studies, the faster we will get results on which drugs work and the more lives we will be able to save."

Last week, WHO and its partners launched an international clinical trial aimed at gathering and generating data on effective treatment options for Covid-19.

Currently, there is no known treatment for the disease caused by the novel coronavirus.

With many people facing weeks largely confined to their homes in densely populated cities because of coronavirus, it's understandable that some have considered heading to more remote places in pursuit of freedom and fresh air.

But as recreational vehicles and other traffic have flooded into some of these rural destinations, those living there have reacted with alarm — urging people to stay away to avoid bringing infection and overwhelming limited health provisions.

The situation has been particularly acute in the Highlands region of Scotland, a largely unpopulated area whose rugged landscapes of mountains and islands is one of the most beautiful tourism attractions in the UK.

So much so that local officials are issuing warnings, telling people — including second homeowners — they are not welcome.

About the executive order: It “applies to all medical and dental operations that can be delayed without undue risk to the current or future health of the patient, as determined by the patient’s physician or dentist.” 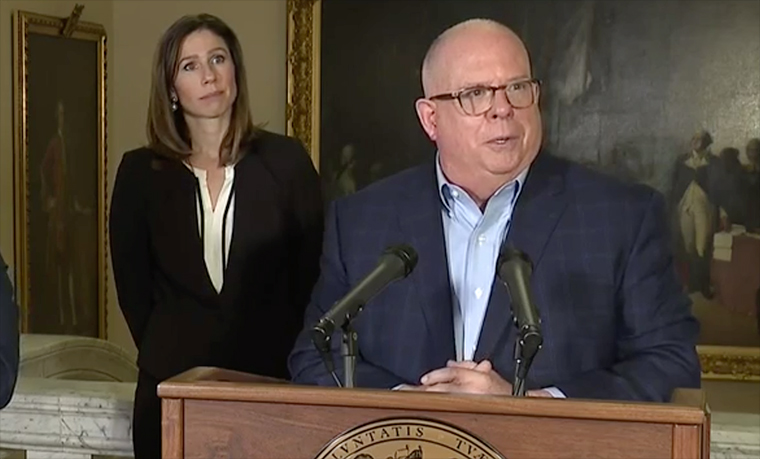 Maryland Gov. Larry Hogan is closing nonessential businesses as of 5 p.m. ET today, but he is not issuing a “shelter in place” order.

"We are telling you, unless you have an essential reason to leave your house you should stay in your homes," Hogan said Monday.

Florida Gov. Ron DeSantis said today that in the next 48 hours the Department of Emergency Management will send out more than 200,000 personal protection equipment items to facilities across the state in response to the Covid-19 outbreak.

“The result of today’s test is negative and further tests will be carried over the next few days,” a spokesperson for the Chancellery has told CNN.

On Sunday, a spokesperson for Merkel said the chancellor will self-quarantine after coming into contact with a person who tested positive for coronavirus, and would be continually tested throughout.