There are at least 53,204 cases of the novel coronavirus in the United States and 709 people have died, according to CNN Health’s tally of US cases that are detected and tested through US public health systems.

Twelve states are reporting no deaths.

Italy has announced strict new punishments to try and clamp down on the spread of the coronavirus in the country, including possible jail time for people who have the virus and violate quarantine.

The decree does not extend the length of the current restrictions, which are due to end on April 3.

Italy, the new epicenter of the virus, has recorded nearly 70,000 cases and almost 7,000 deaths, according to a tally by Johns Hopkins University.

Chinese Premier Li Keqiang has warned local officials not to hide new coronavirus cases, after the country reported several days of no locally transmitted infections in a major turnaround in its fight against the deadly pandemic.

Li, the country's second-in-command, urged local governments Monday to "seek truth from facts" and be "open and transparent" in releasing information on the epidemic.

"Being open and transparent means a new case must be reported once it's discovered. It is what it is. There must be no concealing or underreporting," he told senior officials tasked with battling Covid-19 during a meeting he chaired, according to an official government statement posted online Tuesday.

The Chinese premier was appointed the head of a central government task force -- or a "central leading group" as it is called -- to fight the coronavirus in January. He visited the city of Wuhan, the epicenter of the outbreak, back in late January, more than a month earlier than the tour by China's top leader Xi Jinping in March.

Li's warning appears to be part of a concerted effort to rebuild public trust amid persistent accusations that local officials deliberately downplayed the reality of the situation during the early stages of the outbreak.

It also comes as China faces increased scrutiny from overseas over its initial efforts to prevent the virus from spreading beyond its borders after it was first identified in Wuhan in December.

European shares have opened higher after the US Congress agreed a $2 trillion stimulus deal to help the economy through the pandemic.

The main markets were all up:

It comes after huge surge in US stocks on Tuesday as optimism grew that a deal on the rescue package was close. The Dow Jones saw its biggest daily points gain on record, up more than 2,000 points. Asian markets were also trading higher.

As the global coronavirus pandemic worsens by the day, fear is swelling in India -- and frontline medical workers are bearing the brunt of public panic.

India has reported 562 cases of the novel coronavirus so far, a relatively low number given the country's size and population density.

But there are signs of rising anxiety amid a dramatic nationwide lockdown, with scenes of panic buying and targeted harassment of doctors and other frontline workers.

Medical staff in the national capital New Delhi say they have been ostracized and discriminated against by their communities due to fears that they may be infected after working with coronavirus patients. Some doctors have even reported being evicted, or facing threats that their electricity will be cut off.

"Doctors, nurses and other healthcare workers involved in Covid care are being asked to vacate their rented homes and some have been even forcefully evicted from their temporary residence by landlords and house-owners due to the fear that those healthcare professionals make them susceptible to coronavirus infection," said a letter from the Resident Doctors' Association of New Delhi's All India Institute of Medical Sciences, sent on Tuesday to Union Home Minister Amit Shah.
"Many doctors are now stranded on the roads with all their luggage, nowhere to go, across the country," said the letter, which urged Shah to take action to protect the embattled medical workers. 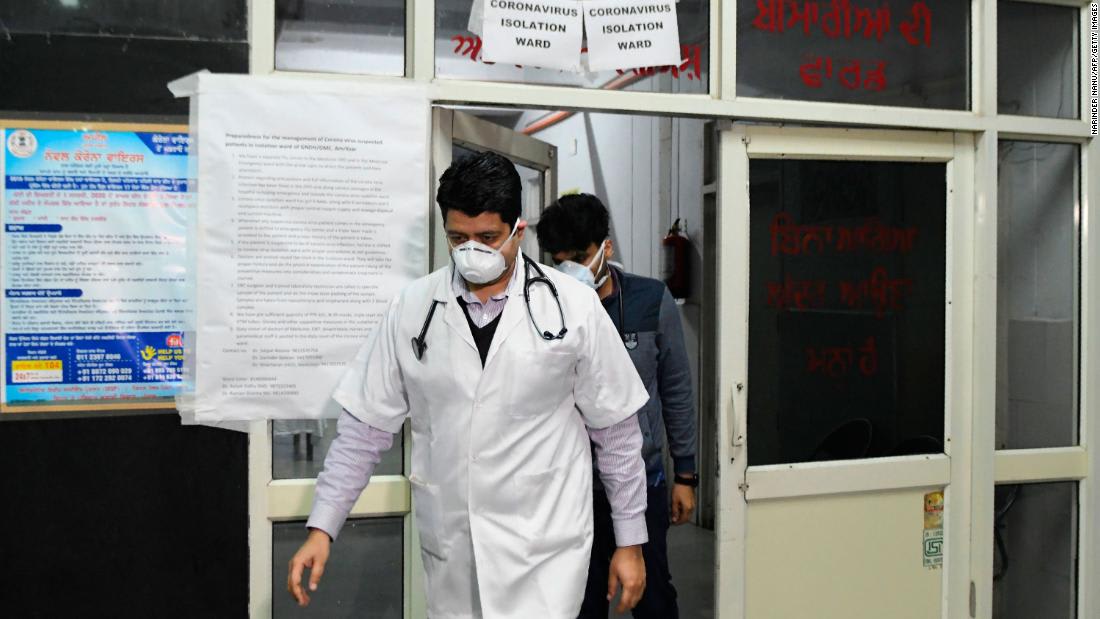 Doctors in India evicted from their homes as coronavirus fear spreads

In the first week of January, reports emerged that a mysterious new form of pneumonia had affected dozens of people in China. Some were in a critical condition, and several had invasive lesions on both lungs.

Thousands of miles away in Berlin, German scientist Olfert Landt was already on alert. For 30 years, he had worked on diagnosing emerging diseases, including severe acute respiratory syndrome (SARS). He wanted to make a test kit to help doctors diagnose the disease -- and he wanted to do it fast.

When it comes to stopping the spread of a pandemic, testing is key. If a person is diagnosed, they can be isolated from others and treated appropriately. As WHO director-general Tedros Adhanom Ghebreyesus said earlier this month: "We have a simple message for all countries: test, test, test."

But nearly three months after Landt first noticed reports of a mysterious disease, countries around the world are still struggling to test for Covid-19, the infectious disease caused by a new novel coronavirus. Some tests are inaccurate, others took a long time to create, and now testing companies are warning they are running dangerously low on materials.

That raises an important question: if a test can be developed so quickly, why are some countries still struggling? 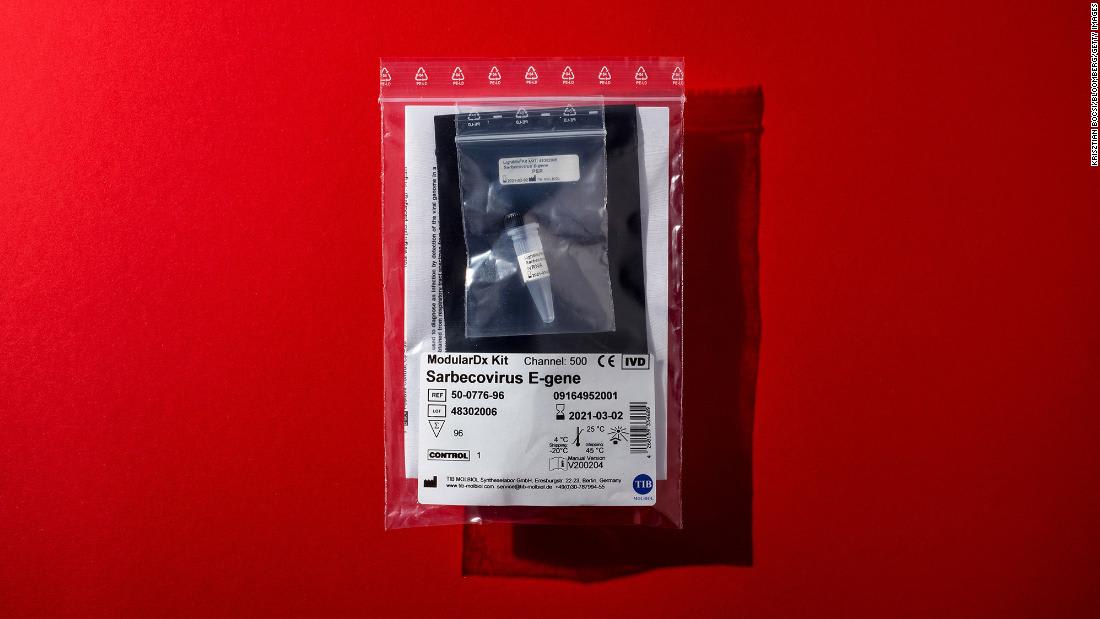 A coronavirus test can be developed in 24 hours. So why are some countries still struggling to diagnose?

US stock futures pared losses Wednesday as political leaders in the country reached a major deal overnight about a $2-trillion coronavirus stimulus bill.

Asian markets, meanwhile, extended their rally on the news. They had already been climbing following Tuesday's major surge on Wall Street, which was driven by optimism about the US government's response to the pandemic.

The first case of coronavirus has been confirmed in Cox’s Bazar, Bangladesh.

According to the United Nations refugee agency, a local Bangladeshi woman was confirmed to be positive on Tuesday afternoon local time.

The hospital in the town of Cox’s Bazar is around one hour’s drive from sprawling camps which are home to nearly one million Rohingya refugees.

Many of them fled across the border to Bangladesh to escape violence in neighboring Myanmar. Currently, no coronavirus cases have been identified among Rohingya refugees, Louise Donovan, communications officer for UNHCR, told CNN Wednesday.

"The health and well-being of refugees is our top priority," Donovan said.
"While there are currently no suspected cases of Covid-19 in the camps, UNHCR takes the situation very seriously and is closely monitoring."

On Tuesday, the Bangladeshi government confirmed that most services in the refugee camps would be suspended, in an attempt to prevent an outbreak of the virus.

Mahbub Alam Talukder, the refugee relief and repatriation commissioner, confirmed to CNN that non-essential activities would stop, including educational programs and other advocacy work carried out by NGOs.

However, emergency work would continue. Nay San Lwin, a Europe-based Rohingya activist, said that markets in the camps had been closed, making it hard for the families to gather supplies.

"As markets are ordered to close, prices go up," Nayheld CNN. "Refugees are really worrying, but helpless."

All people entering and exiting the camps are now being closely controlled, Talukder said.

They have 47 beds ready and 342 beds on standby for potential coronavirus patients.

Talukder added that a Rohingya family of four from Australia -- who came to visit their relatives in one of the refugee camps -- was put in quarantine under UNHCR supervision.

Donovan said hygiene measures, communication and staff training have all been increased inside the camps, and planning is underway for additional medical facilities.

"There is an extremely limited capacity in Cox’s Bazar district to provide intensive care treatment for any medical condition, such as Covid-19," Donovan said.
"However, efforts are currently being employed to expand the existing treatment capacities, including higher levels of treatment in the camps."

Bangladesh currently has 39 confirmed cases of coronavirus, four of whom have died, data from the Johns Hopkins University shows. Myanmar confirmed its first two cases on Tuesday, imported from the UK and US, state-run newspaper Global New Light of Myanmar reported.ed.

At 11:59 p.m local time, New Zealand's alert Level 4 will go into force, placing "the most significant" restrictions on its people "in our modern history," Prime Minister Jacinda Ardern said.

A national state of emergency has been declared, schools will close, people have been told they must stay at home and non-essential businesses will shut.

The order comes as cases in the country rose by 30% on Wednesday. But with just 205 coronavirus cases reported in total and no deaths, New Zealand is responding much faster than other countries around the world.

In her statement announcing the measures, Arden acknowledged no other country has moved as fast to restrict daily life, but the trigger was early evidence of community transmission in New Zealand.

"Unlike so many other gravely inundated countries, we have a window of opportunity to stay home, break the chain of transmission, and save lives. It’s that simple," she said.

Flattening the curve: Ardern said the country needed to get "ahead of any potential over-run of our hospitals, and ahead of any deaths on New Zealand soil."

Break the chain: "You may not be at work, but that doesn’t mean you don’t have a job. Your job is to save lives, and you can do that by staying home, and breaking the chain," she said.

Act like you have Covid-19: "Every move you then make is a risk to someone else. That is how we must all collectively think," Ardern said.

New Zealand's swift action marks a drastic departure from some countries, such as the UK and US, which have been criticized for not acting quickly enough to stop outbreaks from accelerating in their own nations.