Days after most Americans began life on lockdown, President Donald Trump has already said he wants the nation "opened up and just raring to go" by April 12.

That's just over two weeks away, and most doctors believe far too early for a return to normal, risking another wave of coronavirus infections that could quickly spiral out of control. But Trump, along with many prominent US conservatives, is concerned about the effects on the economy -- particularly the markets -- should people be away from work for too long.

Other governments have tackled with this issue already, with authorities across China moving to bail out affected businesses and provide payments to people living on lockdown, making it easier for them to stay at home and help rein in the outbreak.

Hong Kong, one of the first places outside mainland China to see infections, also provides a model for what happens when you go back to work too soon.

This week, the city sent civil servants back home after they returned to their offices around the start of the month. Numbers had been stable in Hong Kong when that decision was made, but imported infections combined with a lack of social distancing soon led to a new wave of local cases.

That experience should cause alarm for anyone advocating a quick return to work in the US. New York City alone has 50 times the number of confirmed cases as Hong Kong, even after the new wave of infections. Cities in the US are also far less able to control transport in and out, or even keep track of imported infections until they show up at hospitals.

Trump and his backers in conservative media may be concerned what happens to the stock market if workers are at home for too long, but there's no reason to suppose the line will go up if they're in hospitals or morgues instead. As Hong Kong has shown, fighting the coronavirus is a long game, and you can't rush it.

The first US case of the coronavirus was reported January 21 -- a Washington state man who had recently returned from China. Now, the country has at least 52,976 cases across all 50 states, the District of Columbia, Guam, Puerto Rico and the US Virgin Islands.

CNN's tallies are based on totals reported by states, US territories and the District of Columbia. 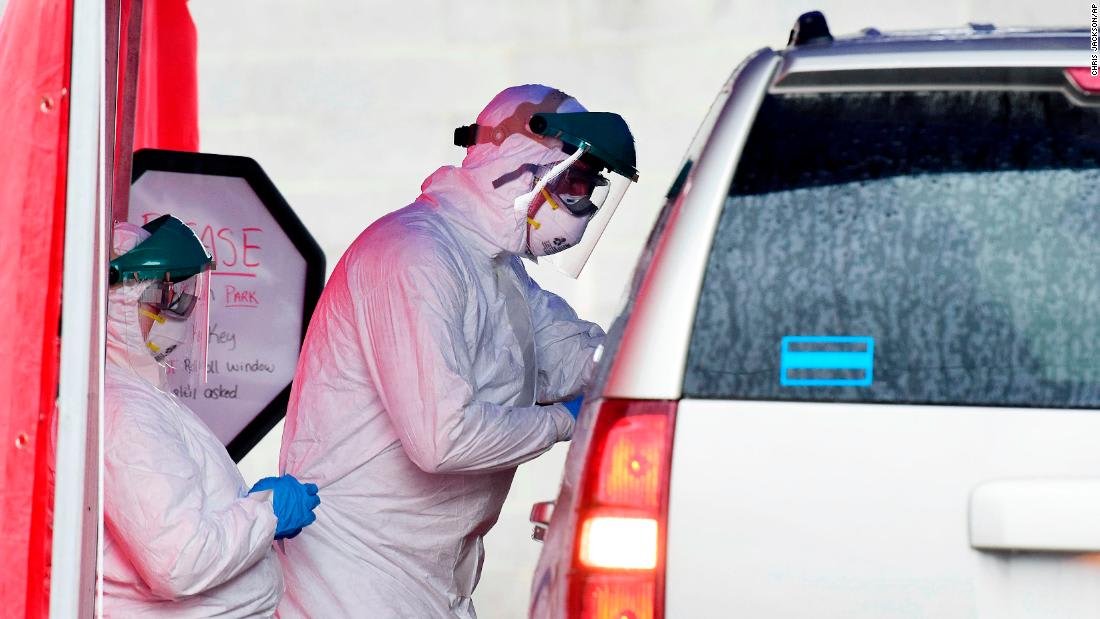 Ground zero of the novel coronavirus pandemic is in Wuhan, China but it's epicenter -- where the majority of new cases are popping up -- is a moving target, shifting globally as the virus spreads.

Europe is the current epicenter, and Italy in particular -- the country is nearing 70,000 cases and 7,000 fatalities, according to a tally by Johns Hopkins University.

But Italy's rate of new infections and fatalities could slow as the calendar ticks closer to two weeks since the country went on lockdown. Experts say that since Covid-19 is believed to have an incubation period ranging from one to 14 days, it takes those full two weeks to see the benefits of any measures advising or ordering people to stay at home.

Italy went on total lockdown on March 13 -- meaning Friday will be two weeks since the measure came into force. US states began enacting their own drastic travel restrictions in recent days, but nothing has been federally mandated.

According to CNN's tally of US cases, there were at least 52,976 cases of the novel coronavirus in the United States as of Tuesday night, and more than 700 people have died. The tally is based on numbers of confirmed cases provided by state and local health departments. CNN's tally of total confirmed cases has increased by at least 23% each day since March 4 -- in some cases, much more steeply. From March 18 to March 19, confirmed US cases rose 51% in just one day, from 8,760 to 13,229, the largest one-day increase in recent weeks.

But public health experts, including the US surgeon general, have warned the worst is yet to come.

New Zealand has declared a state of national emergency as cases of the novel coronavirus continue to rise in the country, the National Emergency Management Agency announced on Wednesday.

"This decision was not made lightly. If we all do our part and stay home we will save lives," New Zealand's Minister of Civil Defence Peeni Henare tweeted following the announcement.

Mainland China reported 47 new cases of the novel coronavirus as of end of day Tuesday -- all of which were imported.

The total number of confirmed infections in the country stands at 81,218, with 474 imported cases.

There were no new confirmed cases in Hubei province, where the coronavirus was first identified.

The commission added that a total of 73,650 patients in mainland China have recovered and been discharged from hospital.

The Los Angeles County Department of Public Health says there may now be an “alternate explanation” for the fatality of a juvenile, attributed earlier today to Covid-19.

In a news release issued Tuesday evening, the department characterized the case as “complex” and despite early testing indicating a positive result for Covid-19, further investigation by the the Centers for Disease Control would be required.

Read more on this here.

The US state of Iowa has announced its first death associated with Covid-19.

"The individual was an older adult, 61-80 years of age, and a resident of Dubuque County," the Iowa Department of Public Health said in a news release sent out by the office of Gov. Kim Reynolds.

"I continue to urge all Iowans to protect their health and the health of others, especially older individuals and those with chronic health conditions who are most at risk. We all have a role to play in limiting the spread of this virus," Reynolds said.

By end of day Wednesday, more than half the population of the United States will be ordered stay at home as states ramp up efforts to contain the novel coronavirus.

The situation now: At least 14 states and 23 municipalities have ordered more than 152 million people, or 46% of the US population to stay home, according to data compiled by CNN using US Census population estimates.

What's next: At least three additional states and 11 municipalities will have orders going into effect later for their full population.

The total: When all orders take effect, 180 million people will be impacted by the orders, or 55% of the US population.

Los Angeles Mayor Eric Garcetti said the city will not be back to normal by Easter, a response to President Donald Trump's earlier remarks today that he wants the nation "opened up and just raring to go by Easter."

"Some are putting out that hope of us being back in churches by Easter or synagogues by Passover in a couple weeks ... I think we owe it to everybody to be straightforward and honest that we will not be back to normal in that short amount of time," Mayor Garcetti said at a news conference Tuesday. "I have said be prepared for a couple months like this."

Garcetti said LA is about six to 12 days behind the surge in coronavirus cases and deaths reported in New York City.

The mayor urged the federal government to continue acting to "make sure we can get the supplies that we need for those professionals who are bravely meeting this challenge head on."