Three cruise ships off the coast of Western Australia have been told that under no circumstances will they be allowed to dock.

The Artania is carrying 800 passengers, mostly Germans, seven of whom have the coronavirus.

“The Artania cruise ship must continue on its journey to South Africa urgently. This ship needs to leave immediately,” Western Australian Premier Mark McGowan told reporters Thursday. He said if the seven passengers needed urgent medical assistance they should be sent to an Australian Defence Force base, then flown home to Germany. “We are working with the Australian government to do this immediately,” he said.

The MSC Magnifica has refueled in Fremantle and remains in waters off the coast of Western Australia. It had been planning to end its voyage in Dubai, and was at sea when its operator, MSC Cruises, temporarily halted its fleet.

MSC Cruises told CNN on March 23 that no passengers were ill. “Nobody on board -- passengers or crew -- has fever, signs of respiratory insufficiency or gastroenteric diseases,” it said in a statement.

The Vasco da Gama is carrying around 800 Australians, including 200 Western Australians, 109 New Zealanders, and 33 UK citizens and other foreigners, according to the WA government. It had been due to dock in Fremantle on Friday but has been requested to postpone its arrival until Monday to allow for the preparation of temporary accommodation on Rottnest Island.

The island, a protected nature reserve, will be used to house Western Australians onboard the ship for their 14-day quarantine period. Others onboard must remain on the ship until provisions are made to send them straight home.

No repeat: The Western Australian government is trying to avoid the scenario that played out in Sydney on March 19, when more than 2,600 passengers were allowed to leave the Ruby Princess cruise ship. Since then, 121 passengers have been confirmed to have Covid-19, according to the New South Wales Health Department.

“We are not going to have a Sydney Harbor fiasco on our watch,” McGowan said.

President Donald Trump claimed today the US had done more coronavirus testing than any other nation, after receiving domestic criticism over the rate of testing.

"In fact, over an eight day span, the United States now does more testing than what South Korea (which has been a very successful tester) does over an eight week span," Trump tweeted.

Fact check: While the US has overtaken South Korea in total numbers of coronavirus tests administered, it has conducted far fewer tests per capita, given the US population is more than six times larger than South Korea's.

"Yes, it is true that South Korea has run less tests as an absolute number. However, it is important to point out the huge difference in the population sizes," Aubree Gordon, associate professor of epidemiology at the University of Michigan, told CNN.

South Korea has a population of 51 million, and has conducted 357,896 tests so far, according to government figures. That means one in every 142 South Koreans have been tested.

The US has a population of 329 million and has conducted 418,810 tests so far, according to the Covid Tracking Project. That means one in every 785 Americans have been tested.

An exception will be made only for flights used for repatriation of Russian citizens from abroad.

A senior British diplomat stationed in Hungary has died after contracting coronavirus, the UK's Foreign Office said on Wednesday.

Steven Dick, aged 37, was the Deputy Head of Mission for the British embassy in Budapest.

He died on Tuesday after contracting Covid-19, the Foreign Office said.

UK Foreign Secretary Dominic Raab said: "I am desperately saddened by the news of Steven's death and my heart goes out to his parents Steven and Carol."

"Steven was a dedicated diplomat and represented his country with great skill and passion. He will be missed by all those who knew him and worked with him." 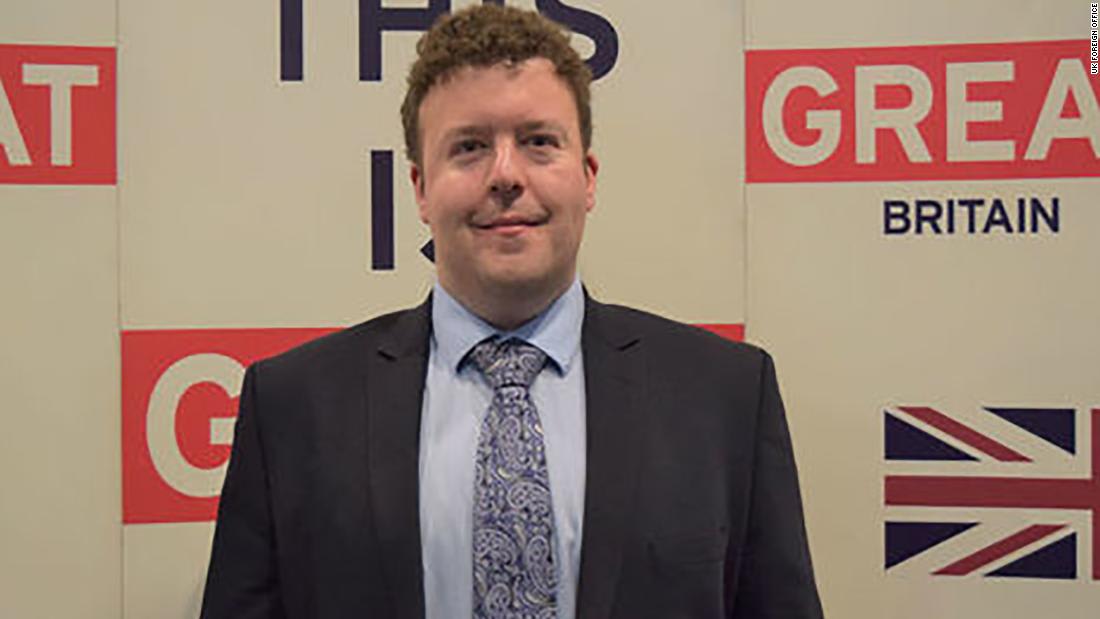 Yesterday, the governor of Tokyo held an emergency news conference urging citizens to stay at home and avoid going out unnecessarily.

Today, it appears residents are ignoring the warnings.

Streets around the Meguro River are packed with people gathering to view the blooming cherry blossoms. Some are wearing masks, but just as many people aren't.

It's cherry blossom season -- meaning all week, people have been going to parks and public areas, picnicking outdoors, and gathering in large numbers.

Authorities are urging citizens not to take the pandemic lightly -- Japan reported its largest single-day jump in cases yesterday -- but their pleas for social distancing appear to have had little effect.

Travelers from the US and Europe entering South Korea will now be required to download a government self-quarantine smartphone app, according to the country’s Central Disaster Relief Headquarters.

The app will remind users to check their symptoms every day, and will monitor their location to confirm they are following the quarantine order.

Violating quarantine is punishable by up to one year in prison or a fine of up to 10 million won ($8,150).

Japan's Prime Minister Shinzo Abe has ordered a government task force be set up in response to the coronavirus pandemic, as the number of cases in the country spiked today.

The establishment of a task force is a requirement to declaring a state of emergency -- though Chief Cabinet Secretary Yoshihide Suga said today that the country was not yet at the point of declaring one.

Health Minister Katsunobu Kato told media after the meeting that the government feared the number of new coronavirus cases was on the rise, with spikes in cases in big cities and from inbound travelers.

Wednesday saw the highest single-day jump in cases so far, with 98 new cases.

A total of 77 people aboard Holland America's cruise ship "Zaandam" are reporting flu-like symptoms, according to a news release on the cruise line’s website.

The 77 people consist of 30 passengers and 47 crew members.

“Since it is flu season, and Covid-19 testing is not available on board, it is difficult to determine the cause of these elevated cases at this time,” the release said.

The Zaandam left Buenos Aires, Argentina, on March 7, before the cruise operator announced it would be suspending global cruise operations for a month.

The voyage was scheduled to end in San Antonio, Chile, last Saturday. According to the release, no one has been off the ship since March 14 in Puenta Arena, Chile, where guests were initially told they could disembark for flights but were not permitted to.

All ports along the Zaandam’s route are now closed to cruise ships.

A second ship is bringing help: Holland America has deployed a second ship to bring extra supplies, staff, coronavirus test kits and other support to the Zandaam.

The support ship left Puerto Vallarta, Mexico on Sunday and will meet with the Zandaam on Thursday night.

Passengers isolated on board: Passenger Maureen Foran, 75, says she has had no face-to-face contact with anyone, family or crew, since the ship imposed a quarantine onboard.

“We are forbidden to leave our rooms,” Foran told CNN. “I am thankful for a window but I am getting claustrophobic.”

The number of coronavirus cases in California is doubling every three to four days, the state's top health official said.

“We originally thought that it would be doubling every six to seven days and we see cases doubling every three to four days,” Dr. Mark Ghaly, the secretary of California's Health and Human Services Agency, said at a news conference Wednesday. "We’re watching that trend very, very closely.”

Last week, Gov. Gavin Newsom ordered most of the state's nearly 40 million residents to stay at home to stop the virus from spreading further. However, public health experts say that it may take up to two weeks to see the results of such travel restrictions, as the virus' incubation period ranges from one to 14 days.

Ghaly said authorities in California are anticipating a surge of cases and patients in a week or two.

The mayor estimated San Francisco would need at least 1,500 more ventilators and 5,000 extra hospital beds to meet a larger surge of patients.

"It is plausible that despite all these efforts we could have a scenario similar to the one that is playing out in New York this very day," said San Francisco Director of Health Dr. Grant Colfax. "If that happens our capacity, our surge capacity will be far exceeded."