The United States now has more coronavirus cases reported than any other country in the world.

According to CNN Health’s tally of cases that are detected and tested in the United States through public health systems, there are at least 82,250 cases of the novel coronavirus. 1,196 people have died.

Police in the southern Italian city of Reggio Calabria have seized 900 unauthorized coronavirus test kits for failing to have validation and certification.

The kits were seized as part of checks to identify cases of commercial fraud or fraudulent rises in the prices of medical services during the pandemic, financial police said.

Checks found that some people had already made bank transfers to buy the uncertified products online -- however, the police seized the kits before they were delivered.

The sale to unsuspecting and vulnerable citizens of devices for which efficacy has not been proven in any way, seriously endangers public health and safety given that any negative response of the test could hypothetically contribute to the spread of the virus,” a statement from the financial police said.

Overall, 58 out of 85 Russia’s regions reported they are treating coronavirus patients, the statement added. The majority of the cases -- 703 -- are in Moscow, another 49 are in the Moscow region.

A change in tactics: Just over a week ago, President Vladimir Putin said Russia had the spread of coronavirus "under control." Now the country is changing tactics, as authorities acknowledge they are gearing up for a major Covid-19 outbreak.

Russians told to stay at home: In a nationwide address Wednesday, Putin conceded that it was "objectively impossible to stop [coronavirus] from spilling over" into a country of Russia's size. He urged Russians to "understand the complexity of the situation" and stay home, declaring next week to be a paid stay-at-home holiday. 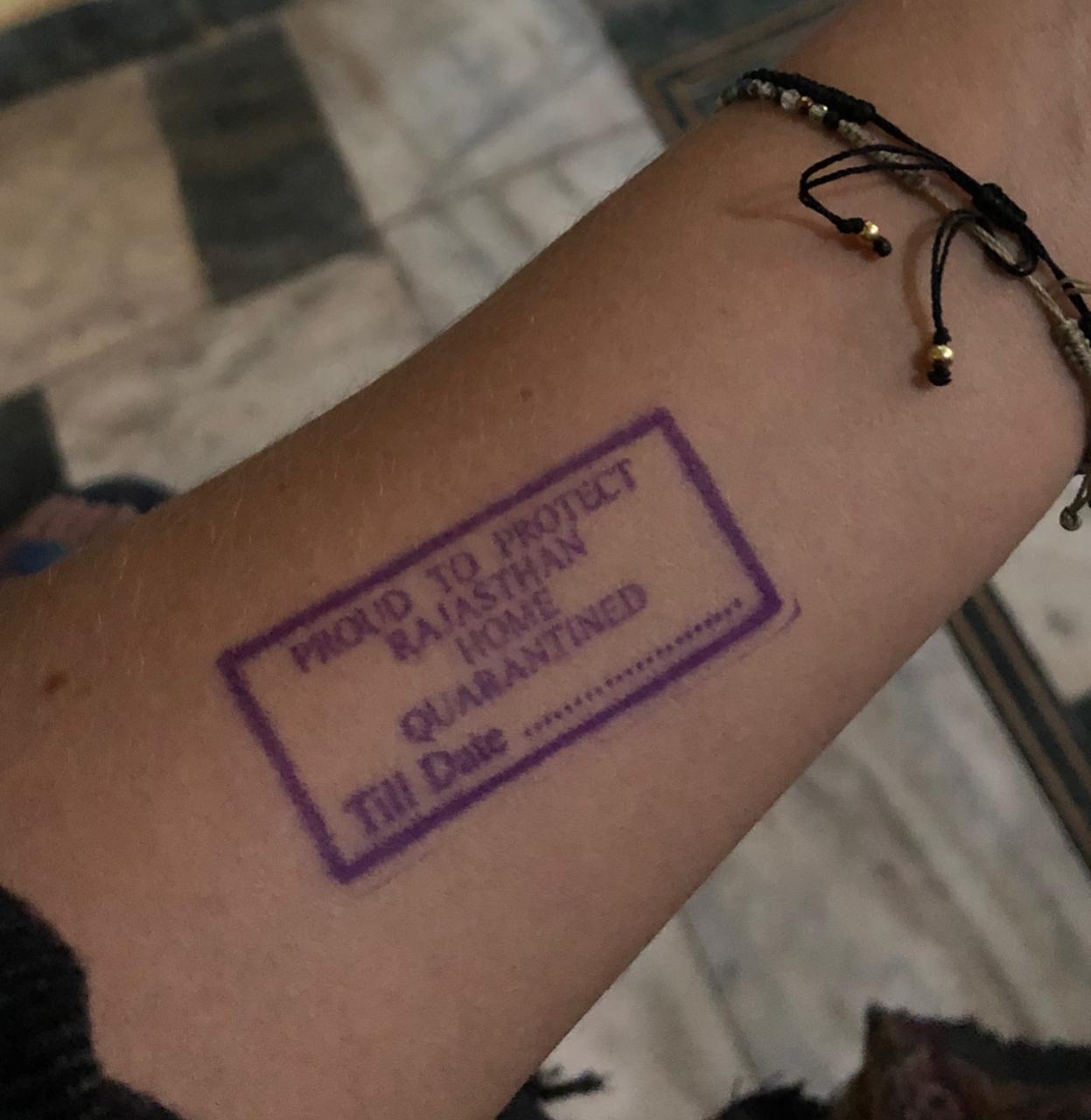 India went under a nationwide total lockdown on Wednesday, with foreign citizens given only hours to figure out travel and accommodation plans.

Those who are still there now face home quarantines and difficulties finding places to stay.

Erin Vaeth, a 26-year-old American who resides in Beijing, was in the Indian city of Pushkar when the restrictions were announced. On Saturday, she was told she could not stay at her hotel without getting a medical checkup first -- so she went to a medical office, standing in line with dozens of other foreigners in the same situation.

She was given a note of approval, and told to check into a hostel -- where, the next day, all the guests had their wrist stamped with the words "home quarantined," and told they could not leave the hostel.

They're being cared for by hostel staff, she said -- but food is being rationed, and rising prices are getting out of hand.

Total lockdown: The lockdown is in place across all of India's 36 states and territories, affecting 1.3 billion people, for a minimum of 21 days.

China is closing its border to foreigners amid fears of imported novel coronavirus cases causing a second outbreak in the country where the infection was first detected.

In a statement late Thursday, the country's Ministry of Foreign Affairs said that "in view of the rapid spread of Covid-19 across the world, China has decided to temporarily suspend the entry into China by foreign nationals holding visas or residence permits" as of March 28.

Anyone wishing to enter the country will have to apply for a visa at their local Chinese embassy or consulate. The announcement did not say how long this would take.

The decision to effectively seal off the country is the latest in a series of moves intended to safeguard against infection from international travel, after more than 500 imported cases of the coronavirus were confirmed.

It also comes after Beijing repeatedly criticized other governments for taking similar measures during the early weeks and months of the coronavirus pandemic. The World Health Organization (WHO) also called on countries not to limit travel from China, while praising Beijing for measures taken to rein in infections.

The embassy later apologized, saying there was "no intention whatsoever to compare the dark days of the Holocaust with the current situation," according to the Times of Israel.

When the US raised its China travel advisory to the highest level in February, the country's foreign ministry said this "set a bad example" and was "certainly not a gesture of goodwill."

"Virus respects no borders. It requires a collective response from the international community," China's Foreign Minister Wang Yi said later that month. "In our view, the enhanced inspection measures taken by some countries are reasonable but some other countries have overreacted. Their overreaction has caused unnecessary panic and is not consistent with the WHO recommendations."

Players Shintaro Fujinami, Hayata Ito, and Kenya Nagasaki tested positive on March 26, according to a statement released by the Hashin Tigers on Friday.

"We are currently investigating who came into close contact with the three (infected) people," said the statement. "We will proceed to investigate in cooperation with public health centers, bearing in mind the safety of stakeholders and their families first."

The players were first suspected to have the virus after they complained of being unable to smell the scent of food and taste it, according to NHK, Japan's public broadcaster.

The baseball team has disinfected its stadiums and requested players and staff to stay at home for one week starting Thursday.

Germany now has 42,288 confirmed coronavirus cases, an increase of 5,780 in 24 hours, according to official numbers released Friday by the country’s infectious diseases centre, the Robert Koch Institute.

The figures show 253 people who tested positive for the virus have died.

South Africa reported its first two coronavirus deaths and over 1,000 cases Friday, as the country begins a 21-day lockdown.

Soldiers and police are out on patrol in Johannesburg and telling the city’s homeless that they will be transported to designated shelters.

Phillip Dyantyi, a homeless man originally from the country’s Eastern Cape Province, told CNN that he and others are willing to go to shelters but authorities haven’t offered details. So for now they sit in large groups waiting for the next move.

In a televised address to the nation on Monday night, President Cyril Ramaphosa announced South Africa will be under a 21-day lockdown beginning midnight Thursday, calling on the country to "urgently and dramatically" escalate its response.

The novel coronavirus pandemic continues to spread globally, with the US and Europe hit the hardest. Here's what you need to know: