Medical student Chiara Bonini, 26, had barely finished her final exam, before the young doctor was headed for the front line of Italy's coronavirus pandemic.

"I want to give a hand to my city that is living in this dramatic moment, and has a real need for doctors," she said of her hometown Bergamo, one of Italy's hardest-hit northern cities.

Bonini is one of thousands of Italian graduates taking up the government's call for urgent help tackling the deadliest outbreak of the virus in the world.

The European country hit the grim milestone over the weekend of 10,000 deaths, accounting for roughly a third of the 30,000-plus deaths worldwide.

With hospitals under extraordinary strain, Italy has expedited the procedure for medical school graduates entering the workforce -- cutting the hospital exam and increasing the number of doctors being recruited.

For many graduates, it will be their first professional job in an industry facing its biggest crisis in a generation. It comes amid the deaths of 50 doctors, according to Italy's national federation of doctors.

As the country enters its sixth week of lockdown, young Italian doctors are being catapulted to the health emergency's forefront. 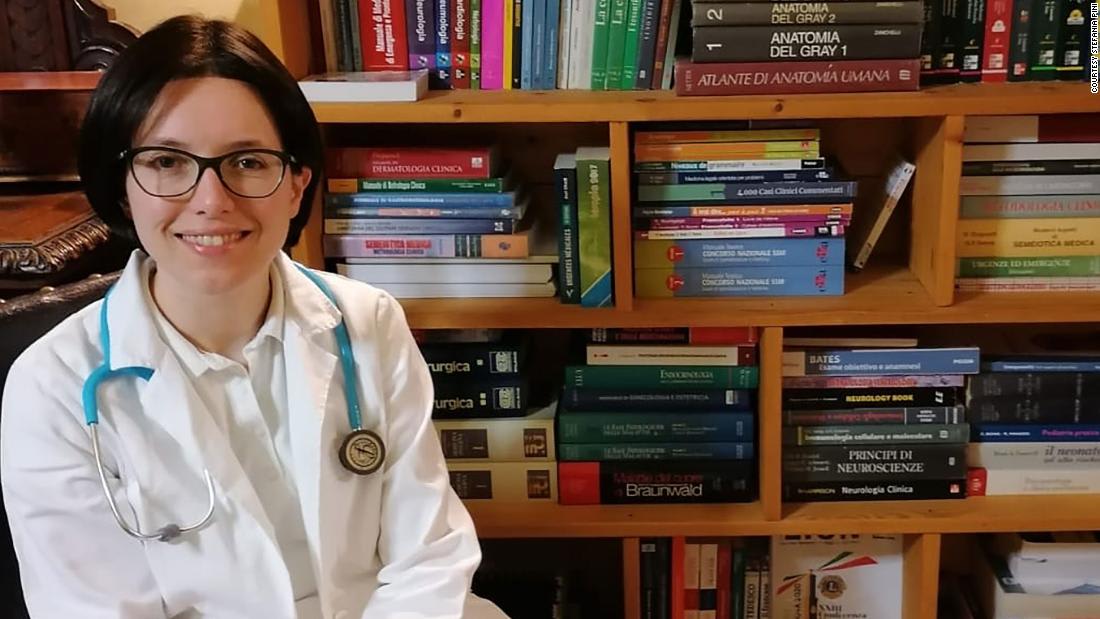 Fresh out of medical school, young Italian doctors are being fast-tracked to the coronavirus frontline

Some of India’s most prominent personalities are reaching deep into their pockets to contribute to the country’s coronavirus relief fund.

On Saturday, Prime Minister Narendra Modi announced the creation of PM CARES, a dedicated national fund to deal with emergency and distress situations -- including the Covid-19 pandemic. That's in addition to the Prime Minister's National Relief Fund, a pre-existing nationwide endowment that was already set up for emergencies.

"This will go a long way in creating a healthier India,” Modi tweeted Saturday alongside details on how donations could be made to PM CARES.

Within days of the announcement, millions of dollars have been donated to PM CARES by actors, sports stars and business leaders.

Bollywood actor Akshay Kumar said on Twitter that he had made a donation equivalent to $3.3 million.

Indian cricketer Suresh Raina donated just over $40,000 to the fund and another $28,000 to the Disaster Relief Fund for the northern state of Uttar Pradesh.

PayTM, India’s biggest digital payments company, is aiming to contribute over $65 million to the fund.

But some people are still donating to the pre-existing Prime Minister's National Relief Fund. The country’s Vice President and Chairman of the Upper House of Parliament, M. Venkaiah Naidu, donated a month’s salary. Other politicians have also followed his example.

On Monday, the country's President Moon Jae-in announced that the government would provide funding to households in the bottom 70% of incomes.

According to Finance Minister Hong Nam-ki, there are 14 million households in that income bracket.

The level of support depends on the number of people in the household, with one person households qualifying for 400,000 won ($327), while households with four or more people will receive 1 million won ($817) in support.

South Korea's cases: The East Asian country has confirmed 78 new coronavirus cases, bringing its total to 9,661, according to the Korea Centers for Disease Control and Prevention. The national death toll is 158.

President Donald Trump acknowledged Sunday for the first time that deaths in the United States from coronavirus could reach 100,000 or more, adding that if the death toll stays at or below 100,000, "we all together have done a very good job."

Trump's assertion came after he was asked about comments the nation's top infectious disease expert, Dr. Anthony Fauci, made earlier Sunday on CNN's "State of the Union" that based on models, 100,000 Americans or more could die from the virus.

On Sunday, Trump said during an evening news conference at the White House that he'd decided to extend the nationwide social distancing guidelines -- which include suggested limits on large gatherings -- for another 30 days to April 30.

During his news conference, Trump said he received what he called the "most accurate" or "most comprehensive" study today about the potential death toll from Covid-19.

He said there could be up to more than 2 million cases if "we did nothing" but he did not give more details on the exact number. Fauci told CNN earlier Sunday that the US could see millions of cases of coronavirus. 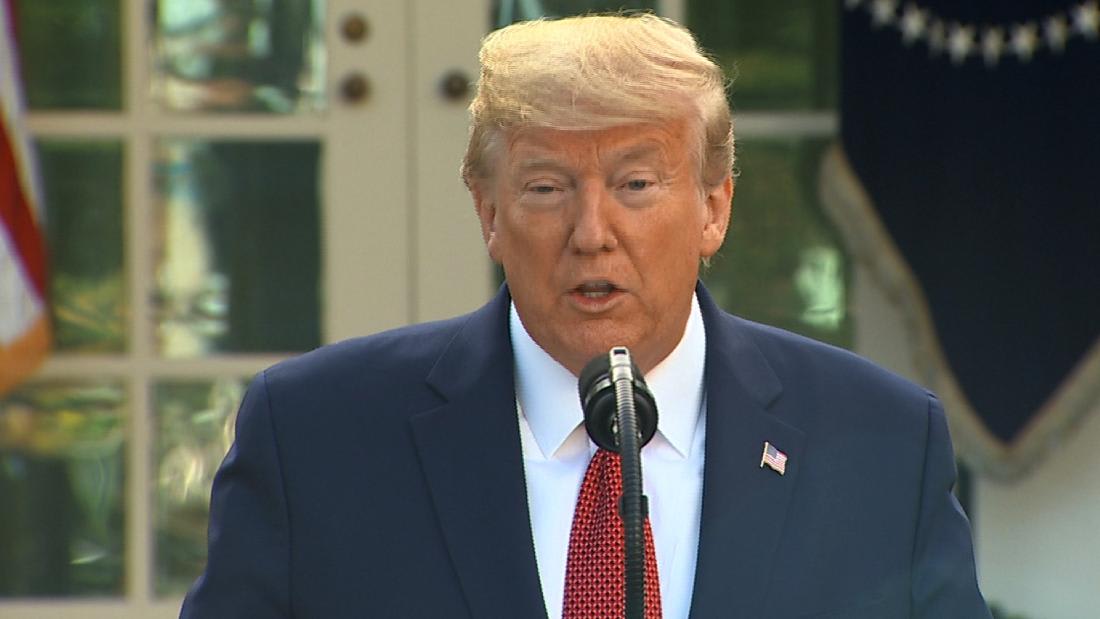 Trump concedes US coronavirus death toll could be 100,000 or more

Civil libertarians say governments have the power to take extraordinary measures to stop the pandemic, but the power is not without limits.

So what can government do in times like these? Civil libertarians say steps to prevent the spread of the deadly virus should be weighed in terms of whether effective -- and lawful.

Legal experts say that broad measures that are reasonable and apply to everyone, for example "shelter in place" requirements, are generally lawful. But if government begins to target certain individuals or businesses, there should be ways to ensure a hearing and due process of law. Quarantines have been imposed over the centuries, but longstanding case law dictates that they not be unreasonable or arbitrary.

Is there any way to push back on government decisions? Since the early 1800s, federal and state courts have granted governments broad latitude to impose quarantines for public health. But government actions are beginning to be tested.

For instance, federal judges in recent days ordered the release of certain immigrants at high-risk of illness held in detention facilities.

Abortion-rights advocates have sued state officials that have tried to shut down clinics, as in Ohio and Texas, categorizing them as nonessential services in coronavirus orders. Gun rights activists have similarly challenged state laws that would close firearms stores. The National Rifle Association on Friday sued California over such a policy.

Indian PM Modi apologizes for lockdown hardships as cases pass 1,000: Prime Minister Narendra Modi has apologized for the hardships caused by India's nationwide lockdown as the number of coronavirus cases in the country crossed the 1,000 mark.

"I apologize for taking the harsh steps which have caused difficulties in your lives, especially the poor people," Modi said.
"I know some of you would be angry with me also. But these tough measures were needed to win this battle."

China's local epidemic "blocked": China's National Health Commission spokesman Mi Feng said a news conference Sunday that local transmission in the country was now "blocked," as the daily number of new cases remains in the low double digits. But Mi warned that the chance for a second wave of infections imported from other countries remains high.

Tokyo cases spike: Japan's health ministry announced Tokyo's largest jump in cases yet on Sunday, with 68 new infections confirmed. Countrywide, there were 173 new cases. The spike comes a week after the 2020 Olympics scheduled to be held in the city were postponed until next year.

India's Prime Minister Narendra Modi has apologized for the hardships caused by a nationwide lockdown as the number of coronavirus cases in the country crossed the 1,000 mark.

There are now 1,024 confirmed cases in India, according to data from the country's health ministry. They include 27 deaths, and 95 patients who have been discharged from hospital.

Modi apologizes for lockdown: India -- the second most populous country in the world -- has gone into complete lockdown in a bid to control the spread of coronavirus.

In a radio address on Sunday -- the fifth day of the nationwide lockdown -- Modi said he was sorry for the hardships caused by the decision to shut down non-essential services.

"I apologize for taking the harsh steps which have caused difficulties in your lives, especially the poor people," he said.
"I know some of you would be angry with me also. But these tough measures were needed to win this battle."

The 21-day lockdown has prompted thousands of migrant workers to attempt to leave India's major cities as they were left without jobs or pay. Experts have questioned the viability and sustainability of a nationwide lockdown, which is scheduled to end on April 14.