"This situation continues to evolve and will escalate rapidly and dramatically….these are unprecedented actions in an extraordinary situation, but they could be the difference in saving lives and keeping people safe," Hogan said.

The order does not apply hotels adjacent to the casinos.

The following properties are affected by the governor’s emergency order, which takes effect at midnight on March 16 and will remain in effect until the state of emergency has been terminated or until superseded by other orders: 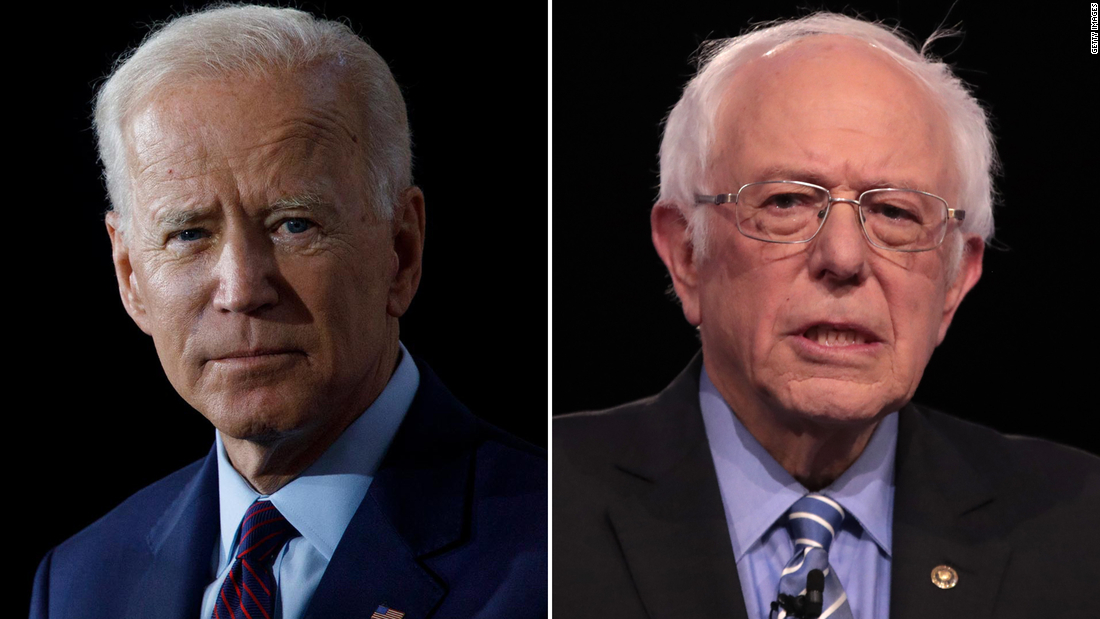 Former Vice President Joe Biden tweeted about voting on Tuesday, saying “the right to vote is the most sacred American right there is.”

Biden finished his tweet saying “if you are feeling healthy, not showing symptoms, and not at risk of being exposed to COVID-19: please vote on Tuesday.”

Sen. Bernie Sanders also tweeted about the coronavirus today, reminding everyone “it is at this moment that we must remember that we are all in this together.”

Both men will debate tonight in Washington, DC.

Read Biden and Sanders' tweets below:

Miami Beach city officials are closing portions of South Beach in an effort to reduce the spread of novel coronavirus, according to a city press release.

City officials are "closing the beach from 7 to 10 streets," areas highly frequented by beach-goers. To enforce this, Miami Beach Police began clearing the beach at 5 p.m. ET Saturday, the release said.

“Miami Beach is a popular vacation spot for spring breakers, yet with school closings and expanded spring breaks, the influx of visitors is extremely high,” said Miami Beach Mayor Dan Gelber. "It would be irresponsible for us not to limit crowd sizes in these public areas."

Iraq is extending the suspension of commercial trade through its land borders with Iran and Kuwait effective Sunday “until further notice” amidst coronavirus fears, Iraq’s Border Ports Commission (BPC) announced on Saturday.

Returning Iraqis have until March 15 to enter through the land crossings after undergoing “preventive health measures," the statement added.

The BPC did not specify what those measures are.

After Sunday, Iraqis wanting to return to their country will have to enter through Baghdad, Basra, Najaf and Erbil airports, the BPC said.

Minnesota Gov. Tim Walz announced that the state's schools will close for eight days starting Wednesday, according to a press release from his office.

Walz is "authorizing the temporary closure of Minnesota K-12 public schools to students in order for school administrators and teachers to make long-term plans for the continuity of education and essential services during the COVID-19 pandemic," the release said.

Schools will be closed to students by March 18 through March 27, during which school staff and administrators will plan the next steps, according to the release.

When asked if hundreds of thousands of Americans could die from coronavirus, Dr. Anthony Fauci, the nation’s top infectious disease expert, said “it could happen, and it could be worse."

Fauci's comments were made this morning on CNN’s “State of the Union” where he also discussed how the challenge "is to try and make that not happen.”

“If we go about our daily lives and not worry about everything” then the death toll will be high," Fauci said. “People sometimes think that I’m overreacting. I like it when people are thinking I’m overreacting because that means we’re doing it just right.”

Some context: There are at least 2,826 cases of the novel coronavirus in the United States as of Saturday evening, according to the state and local health agencies, governments and the US Centers for Disease Control and Prevention.

Vice President Mike Pence told reporters yesterday he would consult with the White House physician about whether he needed to be tested for coronavirus since President Trump was.

A White House official says he did consult and the doctor recommended that he didn’t need to be tested at this time based on the Centers for Disease Control and Prevention guidelines.

An officer from the Transportation Security Administration based at the Orlando airport tested positive for coronavirus, according to the agency.

“TSA confirms that one Transportation Security Officer who works at Orlando International Airport has tested positive for the COVID-19 virus. The officer is receiving medical care and all TSA employees they have come in contact with over the past 14 days are self-isolated at home," the TSA said in a statement. "Screening checkpoints remain open and the agency is working with the CDC, as well as the Orange County Public Health Department to monitor the situation as well as the health and safety of our employees and the traveling public. We will update as more information becomes available.”

According to the TSA, the officer last worked on March 10.

This is the sixth TSA officer to test positive — four are based at San Jose, one is based in Fort Lauderdale and the one from Orlando.

Illinois Gov. J.B. Pritzker has been critical of the long lines at airports, specifically at Chicago's O'Hare International Airport, as Americans rush home amid recent travel restrictions due to the coronavirus.

Pritzker tweeted, “to the frustrated people trying to get home, I have spoken with the mayor and our Senators and we are working together to get the federal government to act to solve this. We will do everything within our power to get relief.”

Pritzker was on NBC’s "Meet the Press" this morning where he discussed the travel restrictions discussed Saturday by Vice President Mike Pence.

Pence announced that travel from the United Kingdom and Ireland will be suspended starting Monday night.

“We knew when the President gave the orders that European travel back to the United States was going to be cut off, that there would be an influx of people, Americans and others, that would come before the final cutoff. So what should have happened? They should have increased the Customs and Border Patrol numbers. And they should have increased the number of CDC personnel on the ground doing those checks. They did neither of those," Pritzker said.

Pritzker added: “So last night, as people were flooding into O’Hare airport, they were stuck in a small area. Hundreds and hundreds of people. And that's exactly what you don't want in this pandemic. So we had that problem. And then today, it's going to be even worse. There are a larger number of flights with more people coming. And they seem completely unprepared."

To help relieve the situation today, the governor said he has been talking to Customs and Border Patrol officials directly on the ground at O’Hare.