Disneyland might be closing for the rest of the month because of coronavirus, but there is a silver lining.

On Friday, the park and resort in Anaheim, California, announced it would be donating the excess food from the park to Second Harvest Food Bank in Orange County.

"While closely following food safety guidelines, excess inventory of dairy, fruit, vegetables, packaged goods and banquet meals is being donated to Second Harvest Food Bank, whose mission is to end hunger in Orange County," Disneyland Resort said in a statement.

The food bank, which has continued working throughout the outbreak, thanked the resort for their help on Twitter.

There's been an increased need for food help during the coronavirus outbreak and the need is only going to increase, the food bank said on Facebook. 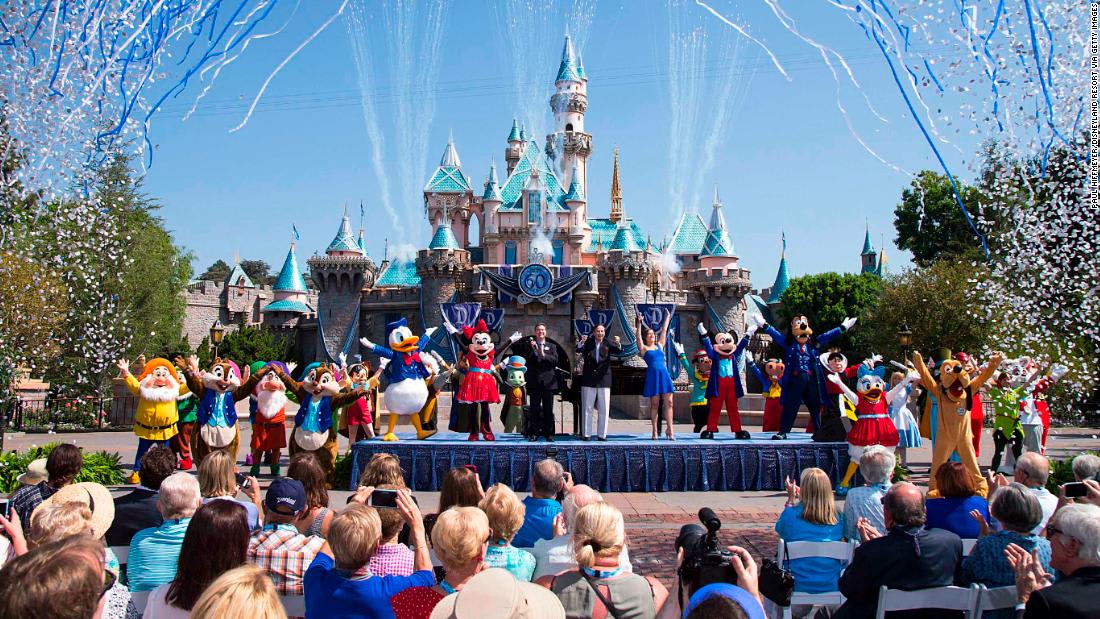 Closed due to coronavirus, Disneyland donates extra food to a local food bank

South Korea’s President Moon Jae-in has designated the southern city of Daegu and part of the surrounding North Gyeongsang Province as "special disaster zones," a statement from the Presidential Blue House said today.

More than 80% of all cases nationwide are from Daegu and North Gyeongsang Province, which had already been designated "special care zones" in the past few weeks.

American Airlines is suspending most long-haul international flights from the US between March 16 and May 6, said the airline in a news release.

Demand has plummeted amid virus concerns and new US government travel restrictions.

The airline is reducing its international capacity by 75% compared to last year.

Short-haul international flights, like those from the US to Canada, Mexico, the Caribbean, Central America, and certain parts of South America will continue.

Domestic flights are not immune, however. The airline anticipates its domestic capacity in April will be reduced by 20% compared to last year, and the number could fall to 30% by May on a year-over-year basis.

Schools and places of worship in Rwanda will close in a bid to "strengthen the country's ability to mitigate the risk" of coronavirus, the Health Ministry announced on Saturday.

Places of worship are closed starting today, and schools are closed from tomorrow. The measures will be in place for two weeks.

Employees are urged to work from home "whereever possible," and large gatherings, like weddings or sporting events, should be postponed.

Businesses and restaurants are allowed to operate, but customers must keep at least one meter (about three feet) apart.

Rwanda confirmed its first case yesterday. The patient is an Indian citizen who traveled from Mumbai to Rwanda on March 8. He developed symptoms after he arrived, sought medical attention on March 13, and was immediately tested, said the Health Ministry. He is in stable condition, and is being treated in isolation.

As the coronavirus spreads politicians and their families are being affected, too. Many have gotten tested this week, with some confirming that they have contracted the virus.

Here's a look at politicians affected by the virus:

The move will help make up for lost revenue and support South Korean companies in importing and exporting goods, according to the company.

Due to various global travel bans and restrictions, Korean Air has suspended 89 of its 124 passenger routes. The airline is only operating 14% of its international passenger flights.

Korean Air began using passenger aircraft for cargo on a flight to Ho Chi Mihn, Vietnam, on Friday, and will begin cargo transport to Qingdao, China, on March 21.

The aviation industry is suffering. Earlier this month, Airports Council International (ACI) predicted that airport passenger traffic volume for the first quarter of 2020 will be down at least 12 percentage points compared to what it previously projected, with Asia-Pacific passenger traffic down 24% compared to previous forecasts.

Before the pandemic, global airport revenues for the first quarter of 2020 were forecast to reach almost $39.5 billion. ACI now estimates a loss of revenue of at least $4.3 billion.

About 80% of all coronavirus cases in South Korea are associated with cluster transmissions, according to the country’s Centers of Disease Control and Prevention (KCDC).

Several clusters have been found around the country. The Shincheonji religious group, based in the southern city of Daegu, is the biggest cluster; 74% of all cases nationwide are from the city.

Nationally, 60% of all cases are linked to the group, said the KCDC release.

Officials identified another cluster at a call center in Seoul this week, which has led to 124 cases so far.

Another cluster is within the Ministry of Oceans and Fisheries, where 29 people have tested positive.

This is the university's first confirmed case. It has been confirmed by Cuyahoga County health officials.

“It has been a very challenging couple of days,” said the coach, Chris Kielsmeier, in the university's statement. “I am beginning to feel better and look forward to getting back to 100%.”

CSU President Harlan Sands praised Kielsmeier for alerting the school quickly and staying at home, saying his actions "were helpful in limiting exposure to the CSU community.”

The university is working with health officials to conduct contact tracing, and are asking those who have been in contact with Kielsmeier to self-quarantine.