Nevada Gov. Steve Sisolak issued a formal stay-at-home directive for Nevadans and extended the non-essential business, gaming and school closures today, according to a statement from his office.

The stay-at-home order goes into effect at midnight Wednesday, according to the statement.

The closure of non-essential business, gaming establishments and schools is extended to April 30, according to the statement.

There are 2,900 New York City Fire Department members currently out sick, Jim Long, a spokesperson for the department, told CNN.

The 2,900 number is an overall count and it includes members who do not have illnesses or symptoms related to Covid-19, Long said.

So far, 282 members of the FDNY have tested positive for Covid-19. This figure includes firefighters, EMS personnel and civilians.

Eleven hotels in the Spanish capital of Madrid are being used to treat 704 coronavirus patients, the regional government said in a statement on Wednesday.

"The main purpose of these hotels is to house patients that present a positive evolution of the illness, but cannot continue the quarantine in their houses, for family or social reasons", the statement said.

The city's health department is working alongside Madrid's Hotel Owners Association and a 12th hotel is set to start receiving patients from local hospitals by the end of Wednesday.

Around 4,400 graduate doctors are responsible for the care of these patients.

"With this measure, the Health Department can free rooms in the hospitals, which can be used by other patients that need treatment for other illnesses," the regional government said.

House Speaker Nancy Pelosi said on Wednesday that President Trump and Senate Majority Leader Mitch McConnell "should not try to hide behind an excuse" in response to the suggestion from both the President and the Kentucky Republican that impeachment distracted the US government from the growing coronavirus crisis.

"I think that's an admission that perhaps the President and the majority leader cannot handle the job," Pelosi told CNN's Anderson Cooper in an interview.

Some context: In an interview on Tuesday with radio host Hugh Hewitt, McConnell said that the crisis "came up while we were tied down in the impeachment trial. And I think it diverted the attention of the government, because everything, every day was all about impeachment."

During a press briefing on Tuesday, Trump echoed that argument, saying that impeachment "probably did" distract him from responding to the coronavirus outbreak.

"I think I handled it very well, but I guess it probably did (distract me)," Trump said. "I mean, I got impeached. I think, you know, I certainly devoted a little time to thinking about it."

The first Covid-19 drive-thru testing site in Palm Beach County, Florida, opened yesterday and has already stopped taking calls to their screening hotline, according to a statement from the county.

Nearly 2,000 appointments have been made through Saturday, according to a press release.

"The goal is to reopen the phone lines tomorrow morning at 8 a.m. if Palm Beach County receives additional test kits," the release says.

By county, Palm Beach has the third most cases in the state of Florida, according to the Florida Department of Health.

In a press conference this afternoon, Florida Gov. Ron DeSantis said he will be signing an executive order directing all Floridians to limit actions outside of their homes.

DeSantis has been one of the governors who has not yet issued a stay-at-home order for the their state. 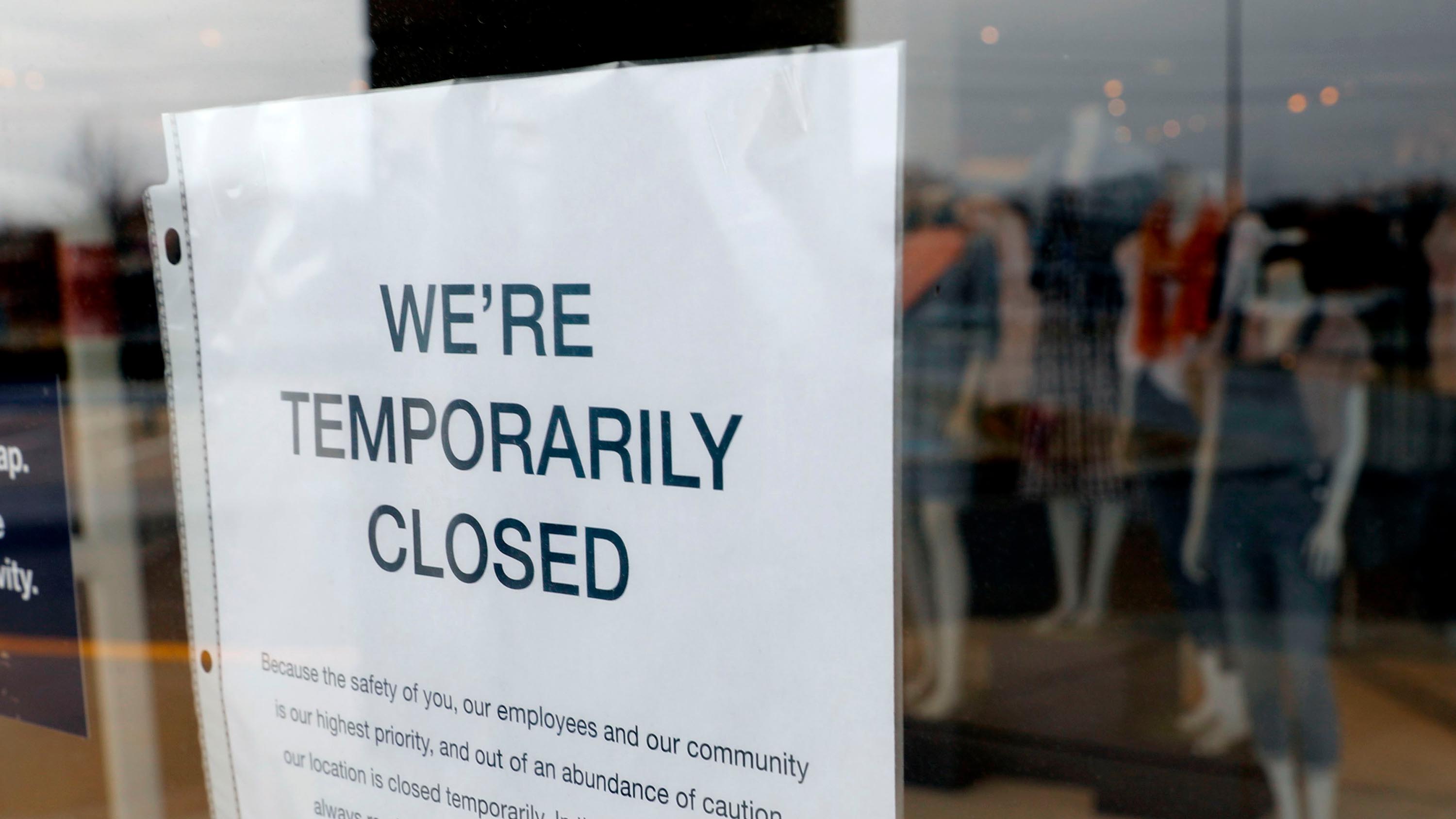 A nonpartisan think tank believes that 20 million US workers will likely be laid off or furloughed by July.

In a blog post on Monday, the Economic Policy Institute estimates that this will bring unemployment rates “into the mid-teens.”

Some more perspective: Goldman Sachs has significantly downgraded its outlook for the US economy between April and June. The investment bank now expects an annualized rate of contraction of 34% compared to the previous quarter. The last estimate was an already-shocking 24%.

Goldman revised its forecast because it thinks the US labor market collapse will be even worse than anticipated. It now sees the unemployment rate rising to 15% by the middle of the year, compared to 9% before.

The bank has also updated its predictions for an economic rebound between July and September, which it thinks will be stronger than what it had last penciled in. But in the interim, Wall Street is clearly bracing for pain.

The United States has now surpassed 200,000 cases of coronavirus.

The four Brooklyn Nets players, including superstar Kevin Durant, who tested positive for the Covid-19 virus are now symptom-free, a spokesperson for the team confirmed to CNN on Wednesday.

Nets general manager Sean Marks, in a conference call on Wednesday, said the team had no intentions of retesting the players, unless they were asked to do so by the government or the NBA in order to return to play.

"As it pertains to the team, I sense like all of us, like the rest of New York and really the rest of the globe, we're trying to deal with this as best we can," Marks told reporters.

Some context: The Nets announced on March 17 that four of the team's players had tested positive the for the virus, seven days after playing the Los Angeles Lakers. The positive tests prompted the Lakers to test their players, resulting in two of its team players testing positive.

Both teams have since announced that all players are now symptom-free after completing a two-week quarantine period. They will also, as a measure of safety, continue to adhere to the government-issues social-distancing guidelines

New York, the epicenter of the country’s outbreak, has reported nearly 84,000 positive tests for coronavirus as of midday Wednesday.