Dozens of spring breakers from Texas boarded a plane for fun and came home with coronavirus.

About 70 people in their 20s chartered a plane from Austin, Texas, to Mexico for spring break two weeks ago. They went against the advice of White House officials who asked that people avoid gathering in groups of more than 10 and nonessential air travel.

Now 44 of those people have tested positive for coronavirus -- all of them University of Texas at Austin students, a university spokesman told CNN on Wednesday.

An elected official had a blunt message for the spring breakers.

"Quit being an a**," Texas House Speaker Dennis Bonnen told CNN affiliate KXAN. "Get over yourselves. Whether you think this is an issue or not, it is. Whether you think it could affect you or not, it does. The reality of it is, if I'm a college kid who's going to spring break in Mexico, you're affecting a lot of people. Grow up."

What's also alarming is that some of the passengers who went on the trip to Cabo San Lucas, Mexico, took commercial flights home, the Austin Public Health Department said.

Mexico has urged its citizens to avoid nonessential travel amid the coronavirus pandemic, specifically asking them not to go to the United States.

The country's foreign ministry is calling on its citizens to avoid tourism or recreational travel, “particularly between Mexico and the United States,” according to a statement released Wednesday, as Mexico attempts to “mitigate the spread, transmission and complications of COVID-19 in the community.”

The government is also urging Mexicans who are permanent residents in the US wanting to reunite with families to “temporarily stop nonessential travel to our country,” the statement adds.

As of Wednesday night, there were a total of 37 deaths, and 1,378 positive cases of the coronavirus recorded in the country, Mexico’s health authorities said during a nightly health news conference.

The Malaysian government was forced to apologize after its Women's Development Department published a series of sexist "tips" to help deal with home quarantine, like advising women to continue to wear makeup and to "avoid nagging."

The campaign was met with fierce backlash, and the posts have since been deleted from the department's social media account.

One of the biggest criticisms was that the government body charged with supporting women appeared to be ignoring concerns about a rise in domestic violence that may accompany stay-at-home orders to focus on things like how women should dress.

The Malaysian All Women's Action Society called on the Women's Development Department to stop its sexist messaging and to focus on helping domestic violence survivors.

"The approach used was to share methods and practices to maintain positive relationships within the family and during the phase of working from home," she said in a statement. "We have taken note of numerous comments on some tips for women which were promoted through posters via our social media accounts.

The Malaysian government and its leaders have faced accusations of sexism and misogyny on multiple occasions in recent years. During a debate on amending domestic violence laws in 2017, a member of parliament said husbands were "abused" when wives threw insults, withheld sex and denied consent for Muslim men to take another wife.

Dr. Anthony Fauci, the top medical expert on the pandemic in the US, and a member of President Trump’s coronavirus task force, is facing threats to his personal safety.

Fauci now requires personal security from law enforcement at all times, including at his home, a source has confirmed to CNN.

A law enforcement official told CNN that the Department of Health and Human Services Inspector General, the agency's law enforcement arm, asked the US Marshals Service for assistance following threats to Fauci.

The Marshals then deputized HHS officers to act as personal security for the doctor.

The Washington Post first reported the threats to Fauci.

Anger over lockdown measures: As Fauci's profile in the pandemic crisis has grown, so has the concern for his welfare.

The doctor's guidance to Trump for the country to remain as locked down as possible to help control the virus spread has not earned fans among some fervent right-wing voices. The exact nature of the threats and where they emanated from remains unclear. 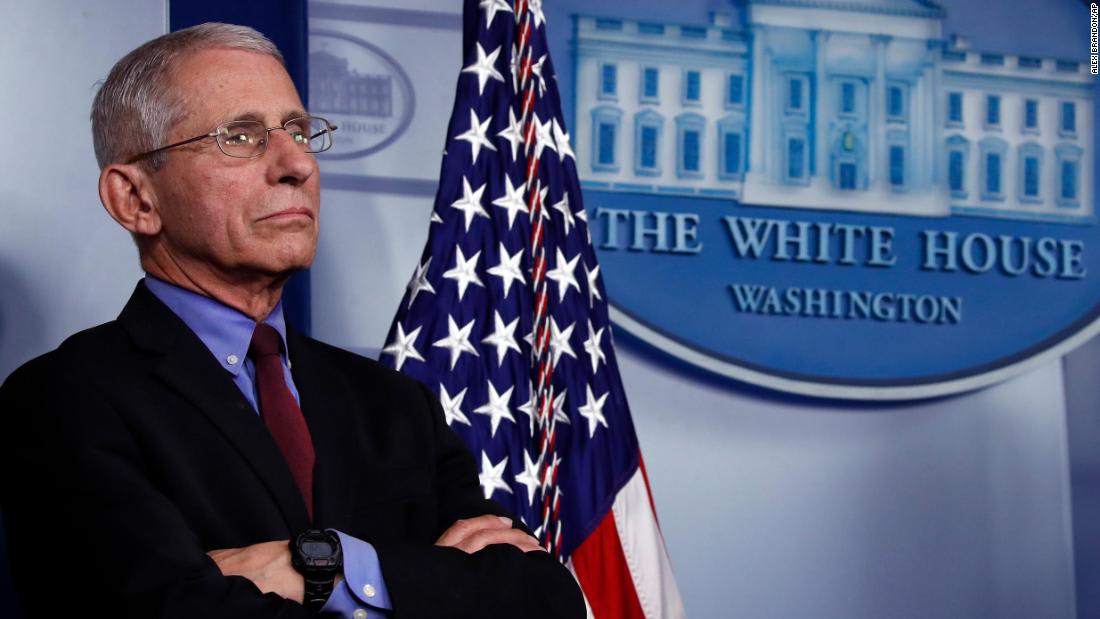 South Korea is nearing 10,000 confirmed cases of the coronavirus.

The country's Centers for Disease Control and Prevention (KCDC) announced 89 new cases in a news release today, adding that South Korea has now recorded 9,976 cases of the virus.

Among the 89 new cases, 14 are from Seoul, 21 from Daegu, 17 from Gyeonggi province, 18 from airport screening, and the rest from other parts of the country, according to the news release.

The national death toll is 169, after four deaths were reported on Wednesday.

More than 58% of patients have recovered: South Korea, which just a month ago was the worst-affected country outside China, has recently seen a drop in new coronavirus infections.

Today the country reported that a total of 5,828 patients have recovered -- just over 58% of the total recorded.

Editor's note: Jeremy Douglas is the Regional Representative of the United Nations Office on Drugs and Crime (UNODC) in Southeast Asia and the Pacific. The opinions expressed in this commentary are his.

To say the global novel coronavirus pandemic is causing chaos and affecting lives in real and tangible ways is certainly no understatement.

But one impact that has not received significant attention is how its spread is hurting the efforts of governments to combat transnational organized crime and trafficking -- especially in Asia, where the outbreak began.

The virus and the strong measures required to combat its spread are challenging the United Nations Office on Drugs and Crime's (UNODC) ability to bring Asia's law enforcement and justice authorities together to share information and intelligence, and to plan and conduct joint operations.

Though the movement of people and goods across borders has slowed, international and cross-border cooperation is more necessary than ever given the presence of multibillion dollar trafficking syndicates in the region.

Behind the scenes, Covid-19 has impacted how many governments and the United Nations run on a day-to-day basis, in ways not all appreciate and many are yet to understand. 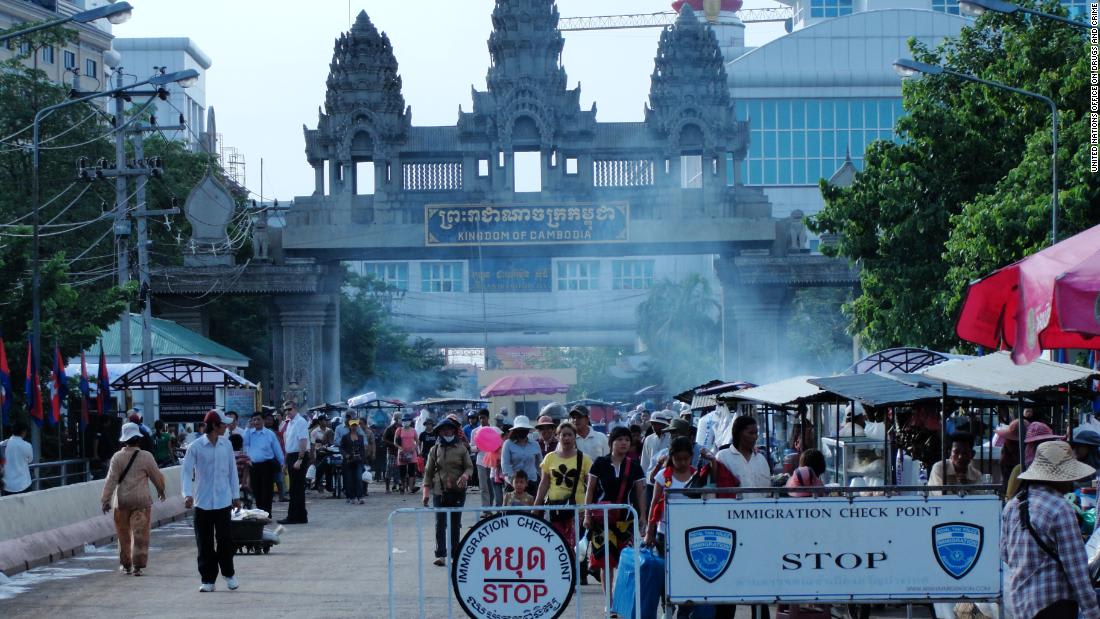 The coronavirus pandemic is an opportunity for organized crime in Asia

A third inmate at the federal prison in Oakdale, Louisiana, died Wednesday from coronavirus, according to a Bureau of Prisons spokeswoman.

Three inmates at the low-security prison have now died from the virus, including two on Wednesday.

No details about the inmate were immediately available, the BOP said. All three deaths in the federal prison system have so far occurred at the Louisiana facility, which houses 980 male offenders.

Number of infected prisoners growing: As of Wednesday, 57 federal inmates have been officially diagnosed with coronavirus -- up from 28 on Monday -- in addition to 37 BOP staff members.

Wednesday also saw the first day of a heightened state of lockdown at the nation's 122 federal prisons. Under a new BOP protocol, the fifth phase of its Covid-19 Action Plan, inmates began a two-week period confined in their cells with limited exceptions for education programs, health treatment and some prison services.

The US Treasury Department, clearing up confusion, said Wednesday that Social Security recipients will not have to file a tax return in order to receive the economic stimulus payments the government is preparing to send out.

It was unclear in earlier guidance whether Social Security recipients who don’t normally need to file taxes would have to in order to receive the money.

However, those beneficiaries will automatically receive the money, the Treasury Department said Wednesday. The IRS will use the information that the Social Security Administration has on file.

“Social Security recipients who are not typically required to file a tax return need to take no action, and will receive their payment directly to their bank account,” said Treasury Secretary Steven Mnuchin in a statement.

But those who do not receive their Social Security benefits via direct deposit will be sent a paper check.

How much will people receive? Individuals are due up to $1,200 and couples will receive up to $2,400 -- plus $500 per child. But payments start phasing out for individuals with adjusted gross incomes of more than $75,000.

The amount will then be reduced by $5 for every additional $100 of adjusted gross income, and those making more than $99,000 will not receive anything. The income thresholds would be doubled for couples.

The Trump administration will no longer ship personal protective equipment to allies overseas as the United States grapples with shortages of critical medical supplies amid the coronavirus pandemic.

A congressional source told CNN Wednesday that they were informed late last Friday night that the coronavirus task force -- led by Vice President Mike Pence -- was stopping overseas shipments of the medical equipment and instead asking that the supplies be distributed within the US.

Asked about reports of the freeze on Wednesday, President Donald Trump said there was “no truth whatsoever” to them. However, minutes later, he noted that "whatever we have, whatever we've committed to, we commit," but added "we also need a lot for ourselves."

"Obviously we're not going to be shipping too much," he said during a White House briefing.

Politico was the first to report on the freeze. CNN has reached out to the State Department and US Agency for International Development (USAID) for comment.