A further 809 people have now died from coronavirus in Spain, bringing the total to 11,744 deaths, according to Spanish Health Ministry figures released Saturday.

The deaths are a rise of 7.3% but are the lowest increase since March 26.

On Thursday, Spain's death toll surpassed 10,000, and the country joined Italy as one of only two countries to report five figure death tolls.

The ministry’s most recent data shows there are now 78,733 active cases of Covid-19 in Spain, an increase of 2,511 from Thursday – but also the smallest daily rise since March 20.

A total of 6,532 people have been admitted to intensive care units since the pandemic began.

12% increase in recoveries: The Spanish Health Ministry also reports that 34,219 have now recovered from the virus – nearly 4,000 more than the number reported Friday, and a 12% increase.

The latest numbers show the number of active cases recorded has risen 3% since Friday. The peak, on March 19, was a 27% increase in one day.

Germany's coronavirus death toll has risen to 1,158, according to the country’s disease and control agency, the Robert Koch Insititute. The death toll increased by 141 deaths in 24 hours.

There are now 85,778 coronavirus cases in Germany, with the total number of confirmed cases jumping 7% from Friday to Saturday.

Chancellor Angela Merkel said Friday that there is a “bit of hope” for Germany after figures show that the spread of coronavirus is “a bit slower than it was just a few days ago.”

Speaking on video published on the German federal government's YouTube channel, the Chancellor did stress however, that it was “way too early to recognize a definite trend” and “it is far too early to loosen the strict rules.”

Merkel, herself now out of isolation, said it would be “absolutely irresponsible” to fix a date for the restrictions to be lifted and warned that Germany would “go from the frying pan into the fire – medically, economically and socially.”

Merkel also urged all Germans to avoid traveling around the country during the upcoming Easter period.

The UK’s social distancing rules will remain in force for several more weeks, despite signs the coronavirus outbreak is slowing, one of the country’s leading epidemiologists has said.

Professor Neil Ferguson, one of the experts who has been advising the government on its response, told the BBC there’s been an 85% drop in the typical number of people movements outside homes since the rules were put in place.

He says that’s vital to limiting the spread of the virus.

Not "normal life": “The critical thing first is to get case numbers down, and then I'm hopeful... in a few weeks’ time we will be able to move to a regime which will not be normal life -- let me emphasize that -- but will be somewhat more relaxed in terms of social distancing and the economy, but relying more on testing,” he said.

UK Prime Minister Boris Johnson has said the government will continue to keep the social distancing restrictions under review, and relax them “if and when the evidence shows we are able to.”

Johnson said he has written to the leaders of opposition parties to “invite them to work together at this moment of national emergency.”

In his letter, Johnson described the coronavirus outbreak as the “biggest threat this country has faced in decades” and one that will take months – not weeks – to fight.

“As party leaders, we have a duty to work together at this moment of national emergency. Therefore, I would like to invite all leaders of opposition parties in Parliament to a briefing with myself, the Chief Medical Officer and Chief Scientific Adviser next week,” Johnson wrote.

Renewed calls to stay at home amid sunny forecast: The government is again urging people to stay home during the weekend, despite the temptation to leave because of the nice weather.

Downing Street posted a warning on Twitter, which said: “If you go out this weekend, you might catch more than the sun.”

The National Police Chiefs Council (NPCC) says patrols will be happening this weekend to encourage people to follow the rules.

“The situation is evolving, and we are following it very closely,” the minister said, adding: “Our operational capacity is not impacted.”

On Thursday, the ministry announced that four French soldiers from the Barkhane anti-jihadist operation in the Sahel -- a semi-arid region of western and north-central Africa that extends from Senegal to Sudan -- had tested positive.

As the entire world grapples with the effects of the coronavirus outbreak, it is easy to lose sight of how we got here. There are not many news events in recent memory that have come close to the far-reaching implications in terms of our public health, social interactions, and the global economy; life as we know it has been altered.

From the beginning, CNN journalists have covered this unprecedented story from all corners of the globe. Three months since we heard the first whispers of a strange respiratory illness emerging in China, this is the story of a story -- from those who have witnessed and reported on it firsthand.

Hear from our reporters in China, Hong Kong, Italy, and around the world about covering this global pandemic: 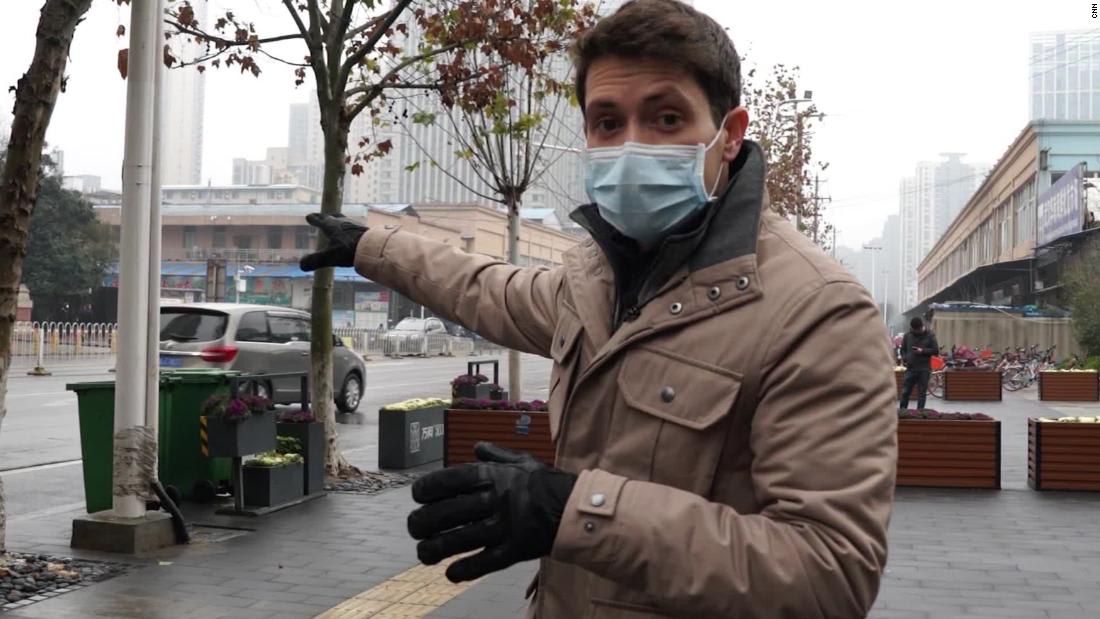 The story of the pandemic, from those who have reported on it firsthand

Imran Khan, the Prime Minister of Pakistan, has laid bare the difficulties of responding to the coronavirus pandemic in the Indian subcontinent, writing on Twitter "we are walking a tightrope."

"We have locked down educational institutions, Malls, marriage halls, restaurants & other places where public congregates. But, to stop the devastation of the lockdown we have kept our agri sector open & now we are opening up our construction sector," Khan wrote in a follow-up tweet.

There have been more than 2,700 cases of coronavirus in Pakistan, according to figures from Johns Hopkins University.

Domestic and International flights will not resume during this time, however, from April 3 to 11, Pakistan International Airlines will run special flights to get Canadian and British citizens out of the country.

India has reported its biggest single-day jump in new coronavirus cases, with 601 in the past day representing a 26% rise, according to the Ministry of Health and Family Welfare.

The country now has 3,082 cases and 86 deaths, according to figures from Johns Hopkins University.

The surge in cases has been linked to a religious gathering held at a New Delhi mosque in March, a senior health ministry official said. People from across India and overseas had gathered for the event.

So far, 647 cases have been directly linked to the gathering, said Lav Agarwal, a senior official of the Ministry of Health and Family Welfare. He added that the cases have been identified and isolated across 14 states and union territories

The Delhi government said earlier this week that it will be taking strict action against those responsible for organizing the gathering.

“We are being told that a lot of people left this mosque and went to different parts of the country," Chief Minister Arvind Kejriwal said. "It is scary to think how many people might have been impacted by this incident."

It's a topic of speculation every time a disaster hits.

Will we see a baby boom nine months later, since so many couples are cooped up inside with nowhere to go?

Demographers think it's unlikely. In fact, they say the US will probably see the number of births decrease -- and other notable population shifts are likely as well.

"There's no way that the number of births is going to go up," says Kenneth Johnson, a professor of sociology and demographer at the University of New Hampshire.

This is not the kind of environment in which people say, 'Let's bring a child into the world now.'"

Why we won't see a baby boom:

What happens when a once-rejected dystopian novel turns into reality? Ask Scottish author Peter May.

The screenwriter-turned-novelist wrote a book titled "Lockdown" in 2005 about a global pandemic. Fifteen years later, that's our reality due to coronavirus, which has so far infected more than 1 million people globally.

The book, which was rejected by publishers at the time for being too unrealistic, was finally published on Thursday.

The story, and the revival: The thriller is set in London, the epicenter of a global pandemic that forces officials to institute a lockdown.

Years ago, publishers dismissed the novel as "extremely unrealistic and unreasonable," May said. So he put the book on the back burner and eventually forgot he even wrote it.

That was until a fan on Twitter asked him to write a book set against the backdrop of the coronavirus.

"I thought about it for a minute before I realized that I've kind of already done it," May said. "I told my publisher about it and my editor just about fell out of his chair. He read the entire book overnight and the next morning he said, 'This is brilliant. We need to publish this now.'"

"Lockdown," available only on Amazon UK, is being sold in Kindle format and will be available as a paperback and audiobook on April 30.