Americans in various Indian cities will be given the chance to board evacuation flights back to the United States from this weekend, according to the US Mission to India.

"We are making every effort to accommodate as many passengers as possible and urge US citizens who want to return to the United States to take advantage of the current opportunities," the US Mission said in a statement.

A crew member aboard the Celebrity Infinity, part of Miami-based Royal Caribbean, told CNN that one crew member died on board the ship last week.

The announcement of the death came over the PA system and in a memorial service on the ship TV channel, according to Port and Shopping Guide Julia Melim. Royal Caribbean has confirmed the death to CNN, but will not confirm its cause. There are no passengers on the ship. Melim says she is one of more than 900 crew, who are stuck off the coast of Tampa.

Melim told CNN that it wasn't until March 28, after 14 days at sea, that Celebrity Infinity mandated that everyone on board the crew-only vessel be quarantined in their cabin with meals delivered to their doors.

Referring to Covid-19, Royal Caribbean spokesman Jonathon Fishman said: "When we were first notified on March 23 of a positive test result, we took immediate action to implement enhanced, precautionary health measures, medical monitoring, and ship sanitization protocols for the protection of our crew’s health in accordance with guidance by public health officials.”

CNN asked Fishman a series of direct questions about Melim’s allegations, including how it wasn’t until March 28 that crew were confined to their cabins. Fishman responded:

"We are in continuous contact with government and public health authorities and appreciate their guidance in protecting the health of our crewmembers. The well-being of our crew is our foremost concern, and we are communicating with them directly as we continue to implement rigorous health protocols, provide medical resources and support, and follow enhanced cleaning and sanitization procedures onboard our ships."

On March 23, the ship sent out a memo to crew members who were on the Celebrity Infinity from March 9 through 14, alerting them that a crew member who sailed on the ship during that time tested positive for Covid-19. It said they could have been exposed to the illness. The memo outlined steps for temperature checks twice a day and said to avoid contact with others.

But Melim alleges that Celebrity Infinity crew members were encouraged to participate in social events, from March 14, when the ship dropped off passengers at the Port of Miami, until March 23.

“We had like crew parties, we had live music, we had concerts, movie nights, theater performances," alleges Melim. At one point she said hundreds of people congregated at the ship's auditorium. And even after March 23, Melim says the ship still required the crew to get buffet-style meals in a dining area full of people and had them walk through the ship for daily temperature checks.

Melim says she tried to raise concerns verbally with her colleagues at meetings about the need to social distance, but she says she was immediately shut down.

“They made me feel I was crazy to even bring it up. Anytime anyone raised a question, it was the general response: the ship is the safest place to be," she said.

Melim says it wasn’t until the ship was anchored at sea and had no other option other than stay on the ship, that on March 27 the Celebrity Infinity first started revealing there were people with “flu-like symptoms consistent with Covid-19 onboard the ship,” Melim told CNN.

“And they said there were no confirmed cases, but they didn’t have any test kits onboard. So there is really no way they could have had a confirmed case,” she said.

CNN has seen a memo sent by the doctor on the Celebrity Infinity to the ship and managers on board on March 25, saying in part: “As we have seen how quickly this virus has spread around the world, I think we need to increase our public health measures around the ship. We need to start increasing our social distancing from each other before it is too late."

The BMC took to social media to thank the Khans.

Soon after, the star couple responded to BMC’s post.

The amount being pledged by the actor and his companies has not been disclosed.

Indian authorities have confirmed 3,374 novel coronavirus cases inside the country as of 9 a.m. on Sunday morning Indian time, the country's Health Ministry reported.

A total of 302 cases and two fatalities have been reported since Saturday evening.

Seventy-seven patients have died, while 267 have been discharged, the ministry reported.

The Trump administration wants to use Americans' smartphone location data to help track and combat the spread of coronavirus. Now, a pair of US data companies are making a public pitch to show just how that kind of technology might work.

X-Mode and Tectonix focused on a high-profile case: tracking location data from the phones of people who visited the beach in Fort Lauderdale, Florida, in March -- among them spring breakers who made national news two weeks ago when they ignored warnings to practice social distancing despite the worsening coronavirus pandemic.

The results of tracking data, a map posted on Twitter, showed where people went after they visited the beach, spreading out all across the country to major cities including New York and Chicago, possibly bringing the coronavirus with them.

X-Mode says it provides location tracking services to app makers for the likes of weather and transit apps. The locations of spring breakers and others with those apps on their phones could have been tracked. X-Mode says the data it collects through apps and then provides to advertisers and other companies is anonymized, meaning it does not match individuals to the devices it tracks. The company did not provide the names of the apps their technology is embedded in.

"We wanted to showcase the impact of what happens when you don't exercise social distancing and essentially how small our community is," Josh Anton, X-Mode's CEO, told CNN Business on Tuesday. "Our community's very connected." 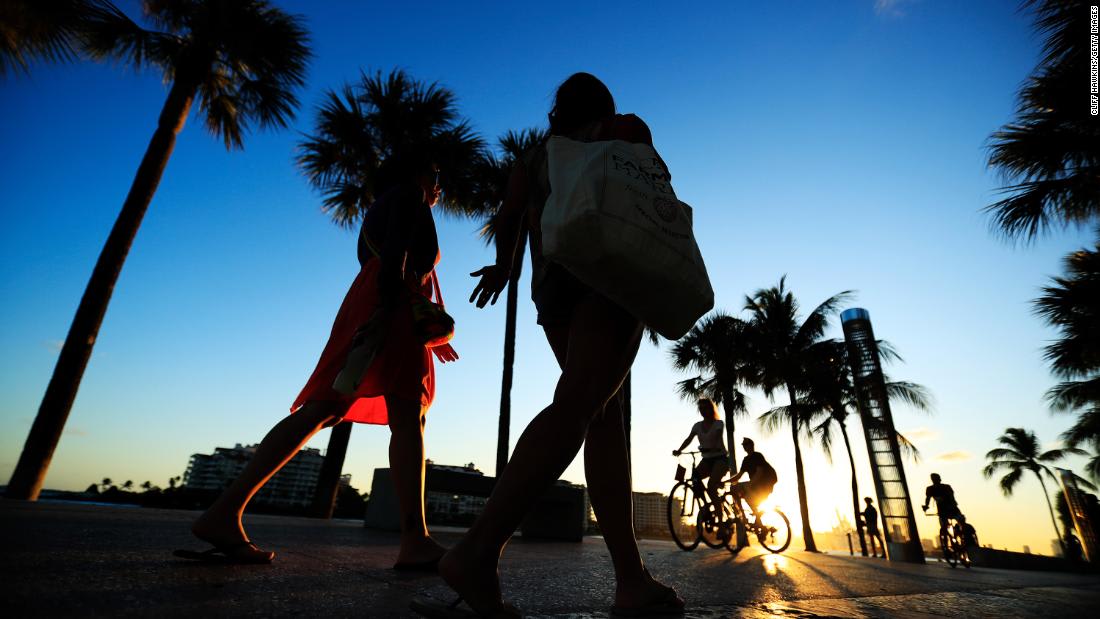 3M, the world's largest maker of respirator masks, has said it is willing to comply with President Trump's order to manufacture and supply more critically needed N95 masks to the United States. But also cautioned about being forced to halt global exports.

A day after Trump invoked the Defense Production Act (DPA) to order 3M to significantly ramp up production of N95 respirators, 3M said in a statement that "3M and its employees have gone above and beyond to manufacture as many N95 respirators as possible for the US market." 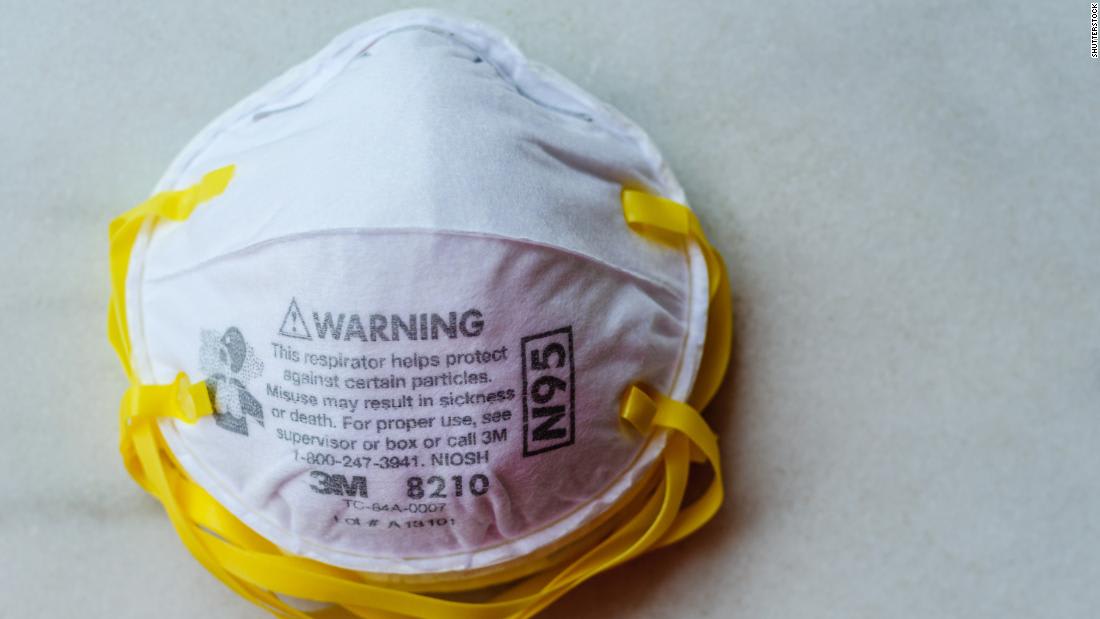 3M: We'll make more N95 masks for the US but we need to keep exporting them

As the coronavirus wreaks havoc on the US economy, Americans should brace for a prolonged period of pain, not a swift recovery. The real damage has just begun to emerge.

In just the last two weeks of March alone, nearly 10 million Americans filed for unemployment insurance. In that time, about 6% of the US labor force lost their job. And consumers -- the lifeblood of the economy -- recently saw their confidence plunge to a 32-month low. Large parts of the economy have suddenly shut off. Turning them back on will not be a simple reversal of the switch.

We believe America should prepare for a long road to recovery. The likeliest scenario -- specifically, for a situation where unemployment mushrooms to 15%, a record in modern American history -- is the economy starts growing again by no earlier than September, and US GDP for the year contracts by 6%. For context, in 2019 -- when the economy was humming -- GDP grew by 2.3%. If American businesses prepare for this long, grueling haul, they can emerge from the crisis stronger. Expecting a rapid recovery that doesn't pan out would only cause more pain.

Joe Tsai, the billionaire co-founder of Chinese ecommerce giant Alibaba, and his wife Clara Wu Tsai, have donated 2.6 million masks, 170,000 goggles and 2,000 ventilators to New York — the US epicenter of the coronavirus pandemic.

"We kept hearing cries for (personal protective equipment) from our community and wanted to help," Clara Tsai told CNN in an interview. The state will allocate the second shipment but "it's our intention to help the most underserved institutions."

She cited Jacobi Medical Center and Lincoln Medical Center in the Bronx, and Elmhurst Hospital in Queens as the institutions she and her husband thought might need supplies the most. 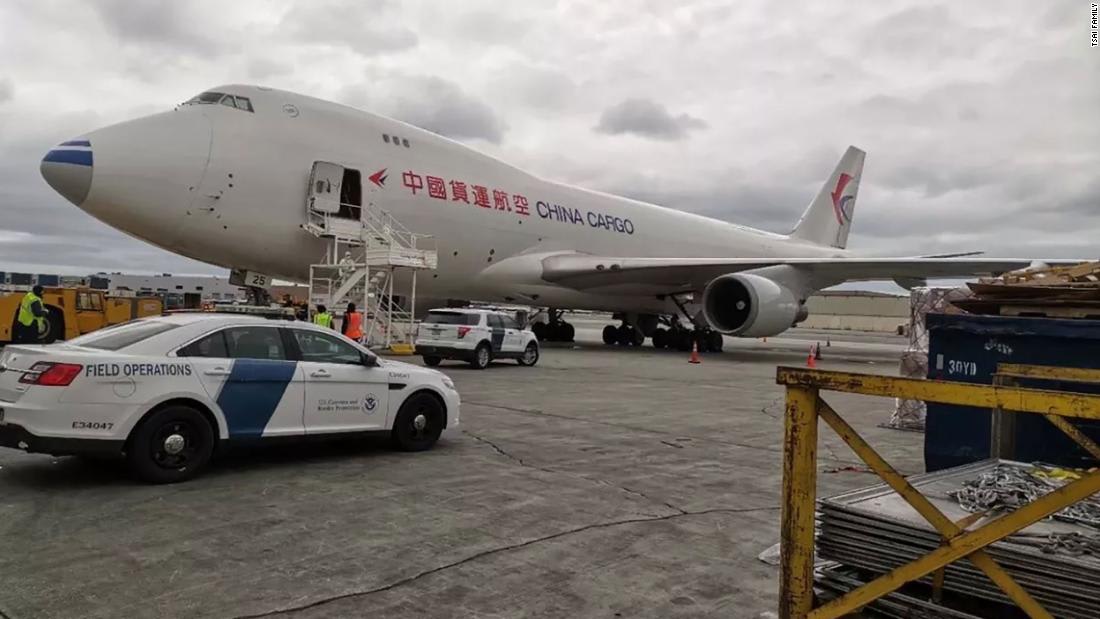