When Prime Minister Narendra Modi imposed a nationwide lockdown on March 25, Indian Railways took the unprecedented move of suspending passenger trains across the country until April 14.

It was the first time in 167 years that Asia's oldest rail network had been suspended.

Now the railway network has decided to convert as many as 20,000 old train carriages into isolation wards for patients as the virus spreads.

The network, which is the world's fourth-largest rail operator and India's biggest employer, already operates 125 hospitals across the nation, so has the expertise to expand into mobile beds.

While India's hospital system isn't overwhelmed yet, the repurposed trains could ease some of the pressure if the number of coronavirus patients begin to rise.

For more on how India is turning train carriages into turn into hospitals, read here: 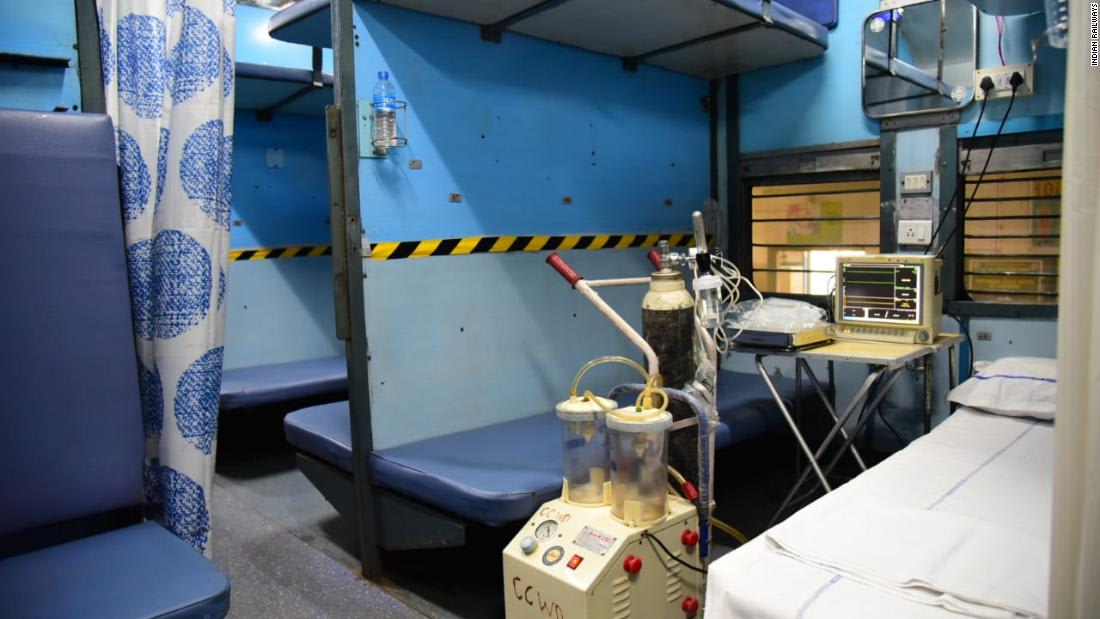 India has closed its railways for the first time in 167 years. Now trains are being turned into hospitals

There was a heated disagreement in the Situation Room this weekend over the efficacy of the malaria drug hydroxychloroquine -- but multiple sources say it was mostly one-sided.

President Donald Trump's top trade adviser Peter Navarro feuded with other officials inside the coronavirus task force over the unproven drug's treatment for the virus.

Medical experts have repeatedly explained to the President that there is a risk in touting the drug in case ultimately it doesn't work. But other aides and outside advisers have sided with Trump, including Navarro, who is still not a formal part of the task force but has wedged himself into the meetings.

What happened: While discussing the latest on hydroxychloroquine this weekend, Navarro lashed out at Dr. Anthony Fauci, the nation's top infectious diseases expert and one of those advisers who has urged caution about the drug, a person familiar with the meeting told CNN.

Not data: Navarro had brought a stack of paperwork with him into the Situation Room on the drug, arguing it was proof that it could work to treat coronavirus, which Fauci disagreed with because it was not data.

Not a proven treatment: A source close to the task force said Fauci is not backing off of his belief that hydroxychloroquine is not a proven treatment for coronavirus. When CNN’s Jeremy Diamond asked Fauci to comment on the matter Sunday night, Trump stepped in and didn’t allow Fauci to answer. But a source said the doctor has already offered his opinion on the drug in other venues and would continue to do so.

The argument highlights how deep the divide runs over the task force's response to the coronavirus outbreak: Another source told CNN that despite the disagreement in the Situation Room with Fauci and Navarro, Fauci continues to have a good relationship with Trump and Vice Presdient Mike Pence, though some staffers have shown irritation when his opinions differ. 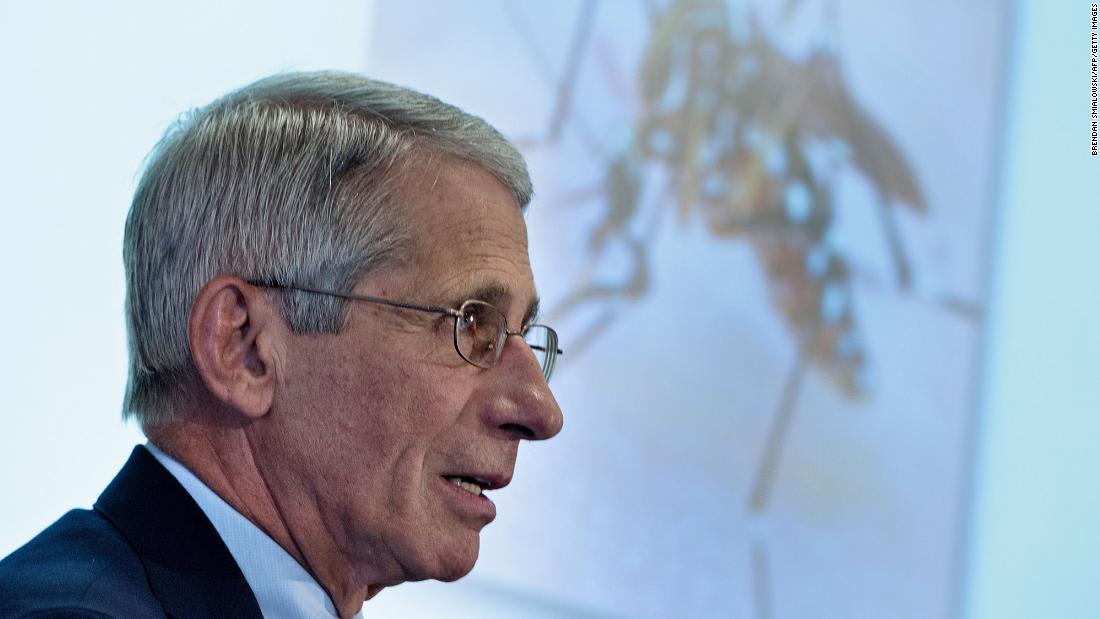 Heated disagreement breaks out in Situation Room over hydroxychloroquine

United Nations secretary-general Antonio Guterres said there has been a "horrifying global surge in domestic violence" and urged governments to make women’s safety a key part of their national coronavirus response plans.

Lockdowns and quarantines are essential for stopping Covid-19 but they can trap women with abusive partners," Guterres said. "In some countries the number of women calling support services has doubled. Meanwhile healthcare providers and police are overwhelmed and understaffed. Local support groups are paralyzed or short of funds. Some domestic violence shelters are closed; others are full.

Akila Radhakrishnan, president of the Global Justice Center, said the call "recognizes how violence and crisis situations exacerbate existing inequalities in society and emphasize the need to center those most impacted in responses."

"However, to date, we have consistently seen that Covid-19 responses have inadequately taken women’s rights and human rights into account. And there’s been a lack of inclusivity in the groups responsible for crisis response and decision-making," she said.

New York City is the epicenter of the coronavirus outbreak in the United States, with emergency frontline workers saying they are facing "battlefield conditions."

Hopeful signs: After a few weeks of social distancing and business shutdowns, the number of deaths has begun dropping "for the first time," said Gov. Andrew Cuomo on Sunday -- but he cautioned that it's too early to tell whether this means New York has passed the peak.

In the meantime, China is stepping in to help. The Chinese government has facilitated a donation of 1,000 ventilators that were scheduled to arrive at JFK Airport on Sunday, Cuomo said.

"This is a big deal and it's going to make a significant difference for us," he said.

There are at least 337,274 cases of coronavirus in the United States, according to Johns Hopkins University's tally.

At least 9,633 people have died in the US from coronavirus.

Four more people have died at nursing homes in Wanaque, New Jersey, while two others died in the community, according to a Sunday letter from the borough’s mayor.

In a letter posted online last week, Mayor Dan Mahler said there was a “major Covid-19 outbreak” at Lakeland Nursing Home in Haskell and eight people had died.

Many others, including staff members, were infected.

In an updated letter on Sunday, Mahler said six more people in Wanaque have died from the disease:

Mahler stressed the importance of maintaining social distance at all times, especially with Easter and Passover coming soon.

One of the residents who died was a "healthy person" who had hugged and cried with a friend, after they visited and said her husband was in the final stages of terminal cancer. The friend was “a very healthy person who was home avoiding contact with the public,” Mahler wrote.

“Less than a week later the friend became ill. The resident became ill a few days after that. Both tragically passed away this week from the Covid-19 virus.”

The total number of coronavirus cases worldwide has reached 1.27 million, according to data from Johns Hopkins University.

Here are the five countries with most cases, as of Sunday night ET:

These figures do not represent active cases, but rather the total number of people infected since the beginning of the pandemic. A number of these patients have since recovered and been discharged from hospital.

China, once the country with most cases, is now sixth on the list, with 82,602 cases. The past two weeks have seen a striking reversal of roles, with the US and Europe seeing explosive growth in cases while the number of new daily infections dropped dramatically in China, according to government-reported figures.

Daily death tolls are now beginning to slow in Italy, Spain, and France, as the US continues to grapple with an exponential rise in cases.

Of those, 38 were imported cases. That raises the national case total to 81,708.

Hubei province -- where the virus was first identified -- reported no cases for the second day in a row.

China reported one new death, bringing the national total to 3,331, according to the NHC.

Additionally, 78 new asymptomatic infections were reported. There are currently 1,047 asymptomatic cases under medical observation, of which 275 are imported.

The US Department of Homeland Security and Centers for Disease Control and Prevention are now restricting cruise ship passengers and crew arriving in the US from boarding domestic commercial flights.

The restrictions will apply even to people not showing symptoms and also would require 14-day quarantines for cruise passengers and crew.

CNN reported on the restrictions being finalized earlier Sunday.

An administration official said these new protocols would likely be agreements between cruise ship companies and the government, requiring that they be followed in order for these ships to dock at specific ports.

Exceptions: The official said that there could be a range of exceptions and specific circumstances that would divert from the new protocols, specifically as it relates to foreigners on the ships.

How many ships could be affected? The US Coast Guard said Saturday there are 114 cruise ships, carrying 93,000 crew members, either in or near US ports and waters.