An 18-year-old Texas woman was arrested Tuesday after she claimed to be "willfully spreading" coronavirus in a series of Snapchat videos, Carrollton police said.

Lorraine Maradiaga later told police she had tested negative for the virus, according to a Carrollton Police news release. Carrollton is about 20 miles north of Dallas.

More than 399,900 people have tested positive for the virus in the US and at least 12,900 have died, according to Johns Hopkins University's tally.

Maradiaga was charged with making a terroristic threat, a third-degree felony, and transferred to Denton County Jail, police said.

"As a condition of her bond, Maradiaga is ordered to quarantine for 21 days upon date of release from custody as a precaution," police said in a news release.

Nine were bus drivers, three worked for Transport for London (TfL) which manages the city's transport, one for the underground, and one for a TfL supplier, Khan told Sky News,

Khan paid tribute to those who have died, saying transport workers are critical to the collective effort to combat the virus because they help essential workers move across the city.

“We’re doing a number of things to make sure public transport is as safe as possible,” Khan said, adding that included “enhanced cleaning” of buses and trains.

Australian and New Zealand passengers will be evacuated from a stricken Antarctic cruise ship Thursday, after almost 60% of those onboard tested positive for the coronavirus.

The Greg Mortimer, a cruise liner operated by Australia's Aurora Expeditions, departed March 15 on a voyage to Antarctica and South Georgia. Since the beginning of April, however, the ship has been stuck off the coast of Uruguay, after authorities refused to allow passengers to disembark due to the risk of coronavirus.

Of the 217 people on board, 128 passengers and crew have now tested positive for the virus.

Six passengers requiring specialized care have been transferred to medical facilities in Montevideo -- a video posted online by the Uruguayan navy showed them being transferred from ship to ship wearing full protective gear.

Passengers from Europe and America who have tested positive for coronavirus, however, will have to remain onboard until they have a negative test result, after which they may be able to depart via Brazil, Aurora said.

All passengers will be retested every two or three days, according to the company's website. 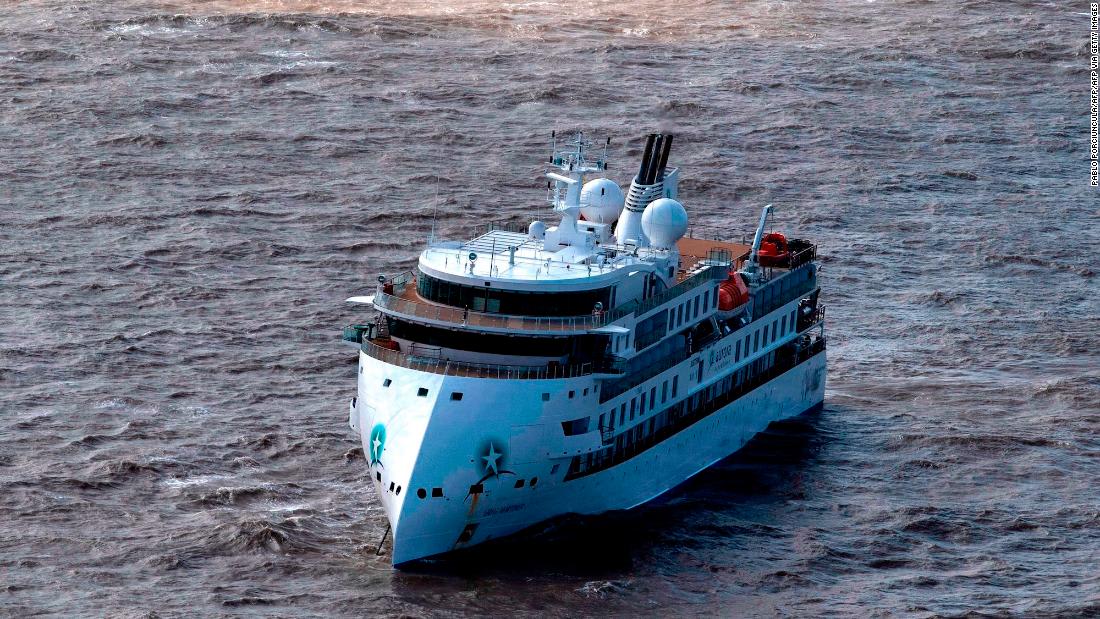 Almost 60% of passengers on board Antarctic cruise ship have coronavirus

The United Kingdom is receiving some of its new ventilators from the United States, British junior health minister Edward Argar said.

Some US states have been critical of the White House for being unable to provide enough ventilator capacity.

The bulletin -- from the FBI, Department of Homeland Security, and National Counterterrorism Center -- cites threats from an array of hate groups aimed at minorities.

It also predicts that spaces like hospitals and grocery stores could be potential targets -- as well as police officers enforcing stay-at-home orders.

The background: The four-page document, which was obtained by CNN, is the latest in a string of warnings from the national security apparatus about the threat from extremist groups as the coronavirus has exploded across the country and upended facets of daily life.

Law enforcement have already responded to two extremist plots in recent days, including a train engineer in California who allegedly derailed his train nearby a naval hospital ship that he thought was being used in a government takeover, and a Missouri man who was accused of attempting to detonate a car bomb at a hospital treating coronavirus patients, the bulletin says.

Reports of attacks against Asian people have also intensified in the US after the outbreak began in China.

Extremist groups: In the bulletin, the agencies write that some extremist groups have blamed China for the spread of the virus, concluding that hate crimes against Asians will likely increase over the next two to three months.

Anti-Semitic conspiracy theories claiming that Jews and Israel are responsible for the manufacturing and spread of the virus have also proliferated in some hate group circles, the bulletin notes, heightening the risk of violence against Jews in the country. 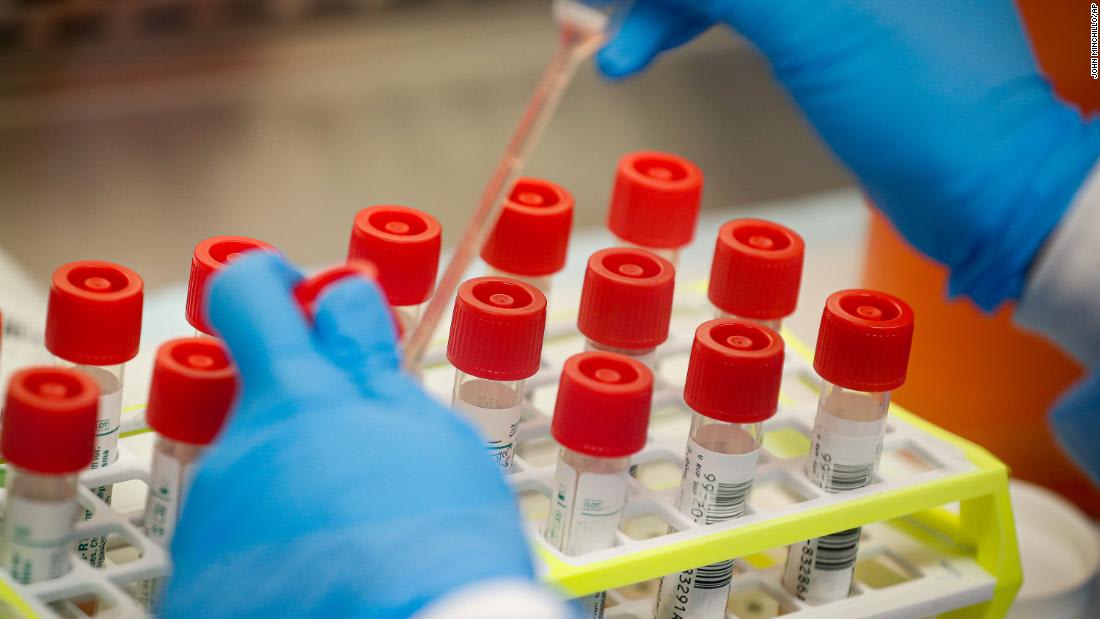 Asked on Sky News about Johnson’s situation, Argar replied: "I understand the Prime Minister is in a stable condition. He’s comfortable and in good spirits. He has -- in the past -- had some oxygen but he’s not on ventilation.
"I am not going to comment beyond what’s been said."

Johnson is in hospital being treated for coronavirus.

It’s unclear when Argar was last briefed on the Prime Minister’s condition. On Tuesday, Cabinet Minister Michael Gove acknowledged fellow ministers were taken by surprise when they found out Johnson had been taken into intensive care.

On Tuesday, the Prime Minister's spokesperson said Johnson is receiving "standard oxygen treatment" and is breathing without assistance, a day after he was transferred to intensive care.

The Seoul government has ordered the closure of more than 400 bars and clubs that defied the city’s earlier recommendation to shut, Mayor Park Won-soon announced at a briefing on Wednesday.

The shutdown will continue until April 19.

According to Park, about 80% of the city’s 2,146 clubs and bars had already suspended their businesses due to the city government’s recommendation. But not all -- 422 bars and clubs had remained open.

In reality, it is difficult for people who visit bars and clubs to practice social distancing measures and abide by guidelines to prevent the virus from spreading,” Park said.

The mayor urged citizens to fully cooperate in a battle against the virus for two more weeks. Three confirmed cases in relation to a bar in the capital's glitzy Gangnam district were reported in the past week.

South Korea's Centers for Disease Control and Prevention announced 53 new cases of the coronavirus today, bringing the nationwide total to 10,384.

Dozens of prison inmates and workers have tested positive for the coronavirus, California state officials reported Tuesday, marking a significant increase in cases since last week.

Prisoners infected: Eighteen inmates across the state have been infected, the California Department of Corrections and Rehabilitation reported Tuesday in a news release, up from just four confirmed cases last week.

What the authorities are doing: The department said it will implement a mandatory 14-day modified plan to minimize the spread of the virus, including physical distancing during inmates’ daily routines, and proper disinfecting.

Last week, California state corrections officials announced up to 3,500 inmates will be released early to prevent the spread of coronavirus in state prisons.

The state of California currently has more than 17,500 coronavirus cases, including at least 450 deaths.

Those working legally in Japan's sex industry will be able to access assistance in the government’s economic relief package, Health and Labor Minister Kazunobu Kato said in a news conference Tuesday.

That's a reversal of the government's original plan, which excluded restaurants and bars in the adult entertainment industry.

The government will provide a subsidy of 8,330 yen ($76) per day to businesses that allow employees to take leave to care for children out of school.

The government's original plan was criticized as occupational discrimination by government opposition members.