The coronavirus death toll in the United States reached 14,817 on Wednesday evening after an increase of 1,922 deaths today -- the largest rise of fatalities in a single day yet.

The US has recorded more than 432,000 confirmed infections -- more than another other country.

CNN is tracking the spread of coronavirus in the US here:

In Wuhan, the central Chinese city where cases of the novel coronavirus were first recorded late last year, people are finally emerging from months of lockdown this week and starting to get back to normal.

For some couples -- those whose relationships survived the weeks stuck inside together -- the perfect way to celebrate the city's rebirth is to get married.

"Today is a special day, a new start for me and for Wuhan," Xu Lin, a Wuhan resident who got married on Wednesday, told the state-backed Global Times.

The Wuhan government officially reopened its marriage registration office last Friday, but weddings started in earnest this week as the lockdown restrictions were lifted.

According to Alipay, a subsidiary of tech giant Alibaba, which operates several government apps for Wuhan, there was a 300% increase in traffic to the marriage registration service, and many users on social media complained they could not access it.

Whether the spike in weddings will result in more married couples nationally remains to be seen, as it comes after a corresponding increase in divorces reportedly caused by the pressures of lockdown.

A veteran Democrat has claimed President Donald Trump's announcement that he would send 100 ventilators to Colorado smacks of a political favor to vulnerable Republican senator Cory Gardner, after the federal government had not fulfilled the delegation's request for the devices.

"I think this thing that happened with Sen. Gardner and President Trump is very disturbing," Colorado Democrat Diana DeGette told CNN Wednesday evening. "What is the process here?"

DeGette said that while she wants the state to get every ventilator it can -- after initially requesting 10,000 -- the process employed by the White House shows that the President appears to be doling out the ventilators to his allies at a time when the virus is affecting people of all political persuasions.

"It seems that way to me," DeGette said when asked if it appeared to be a political favor to Gardner. "I was totally outraged."

DeGette said that the decision to award 100 ventilators followed a tortured process after the state's delegation and Democratic Gov. Jared Polis had been asking for 10,000 ventilators.

Gardner is one of the most vulnerable Republican senators up for reelection.

"They'll be there very shortly," Trump said at his Wednesday evening news conference after touting Gardner's role in securing the 100 ventilators. 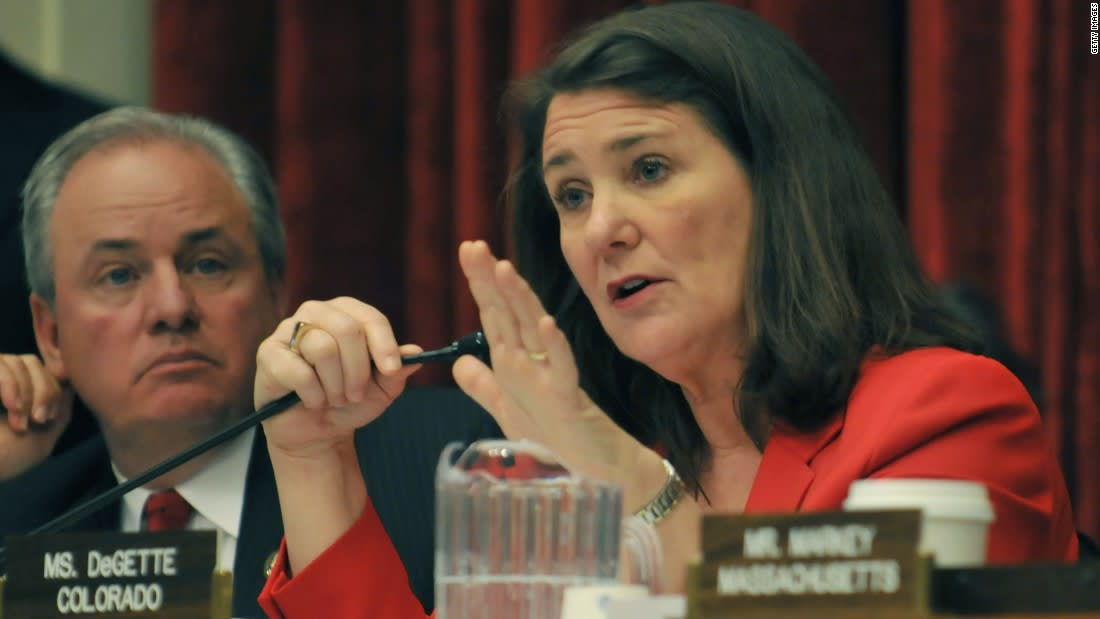 Another 142 coronavirus infections were recorded in Singapore on Wednesday, according to the Ministry of Health, bringing the country's total number of confirmed cases to 1,623.

That's the largest jump in new cases yet in the city, which has been struggling to contain a second wave of infections brought back from Europe.

Most of the new cases are from local clusters, the ministry said. Just two came from outside the city, while 72 are waiting for contact tracing to determine how they were infected.

Just over 400 people have recovered from the virus and been discharged from hospital, according to the ministry.

Singapore has banned all social gatherings: The rise in cases comes as the city-state announced that both public and private gatherings would be restricted as part of its latest measures to fight coronavirus.

According to a news release on the health ministry’s website, the rule -- which applies to families and friends not living together -- was passed by Parliament Tuesday and imposed from Wednesday.

Louisiana State University has erected an extra pedestrian barrier around the habitat for bengal tiger Mike, the school's mascot, to prevent the animal catching coronavirus.

The new layer of fencing was put in place Tuesday to provide a four-foot barrier between the tiger and pedestrians, according to Ginger Guttner, spokesperson for LSU’s School of Veterinary Medicine.

"(We're) aware that the United States Department of Agriculture’s National Veterinary Services Laboratories has confirmed (coronavirus) in one tiger at a zoo in New York. This is the first instance of a tiger being infected with COVID-19," the statement said.
"As Mike’s caretakers, his health and wellbeing are our primary concern. We will, as always, monitor him closely."

The extra fencing can be seen on the live university camera run by the school, which shows the area outside the tiger habitat.

If you're just joining us, here's the major developments of the past few hours.

All parks in Los Angeles will be closed on Easter Sunday to prevent the spread of the coronavirus amid the city’s stay-at-home order, Mayor Eric Garcetti announced in a news conference Wednesday night.

Many families have traditionally used the parks for Easter egg hunts and gatherings, but the mayor said the events now present too great a risk to public health.

“This is such a fun moment for our kids, this is such a great tradition that many families have, but we can’t afford to have one cluster of just even a few people together, it could spread this disease to more people and kill them,” he said.

The parks will be closed from the evening of Saturday, April 11 through the morning of Monday, April 13, Garcetti said. Park rangers and officers from the Los Angeles Police Department will be patrolling the facilities on Sunday to enforce the closures.

Garcetti estimated there are 2.5 million undocumented workers in California, with 650,000 of those living in Los Angeles County.

"They are an integral part of our city, they pay taxes,” Garcetti said. “That is why Congress needs to come back to the table.”

Everyone in Guatemala will be required to wear a face mask from Monday, Guatemalan President Alejandro Giammattei said Wednesday during a news conference.

Those circulating on the streets who do not wear a mask are “putting everyone else at risk and therefore will be sanctioned,” Giammattei said.

The government of Guatemala will be providing at least 3 million masks to citizens on Monday, the President said.

Chinese President Xi Jinping has warned against the risk of a second wave of infections in the country as the global pandemic continues to spread, state-run news agency Xinhua reported.

In a meeting of the Chinese Communist Party's top decision-making body Wednesday, the Politburo Standing Committee, Xi said that amid growing downward pressures on the global economy, "unstable and uncertain factors" were increasing.

China's outbreak of the coronavirus is apparently under control, with few new locally transmitted infections or deaths announced in recent weeks. On Wednesday, the epicenter of the original outbreak, Wuhan, officially ended its lockdown.

"New difficulties and challenges have emerged for China's work resumption and economic and social development," Xinhua quoted Xi as saying.

Xi urged Chinese authorities to carefully watch for imported cases from abroad and prevent a resurgence of the outbreak at home, Xinhua reported.