The mayor of Los Angeles urged the US to continue social distancing and ramp up coronavirus testing, warning that President Donald Trump's plan to reopen the country could place lives at risk.

This came shortly after Trump announced he was convening a second coronavirus task force -- called the 'Opening our Country Council'.

"If you want to get the economy open, Mr. President, Congress, or any mayor, do the work of getting the public health professionals who can track and trace, get us the tests so we can have the blood tests to know who's immune and who's not, and people who are not can properly distance (themselves)," Garcetti said.

According to previous CNN reporting, modeling suggests several red states will not hit their worst points until nearly the end of April -- which means it'll be nearly impossible to reopen the economy in those areas by early May, as Trump has pushed to do.

Garcetti urged national leadership to follow the guidance of medical professionals and prepare for the possibility of extended stay-at-home orders.

There are several treatments being studied to prevent or treat coronavirus, but US President Donald Trump has been a cheerleader for one in particular: hydroxychloroquine, a drug currently used to treat malaria, lupus and rheumatoid arthritis.

Over the past month, he's made many optimistic statements about hydroxychloroquine. CNN has fact-checked the President multiple times, and found that he's being unrealistically enthusiastic.

Here are the facts:

How soon until we know if hydroxychloroquine works against the coronavirus?

Trump said "within days" on March 29.

Doctors say it's more like weeks or months. Of the 15 research centers conducting trials on the drug, six responded and said it would take anywhere between three weeks to four months.

French researchers have already done a study showing hydroxychloroquine works as a coronavirus treatment. Doesn't that tell us something?

Doctors say the study was terrible, so no. There are several concerns about the paper, including that it ignored patients who took the drug and fared poorly.

Experts described the French study to CNN as "a complete failure" and "pathetic."

There has been so much criticism that the journal that published it is reviewing it again and wrote that "a correction to the scientific record may be considered."

Is hydroxychloroquine safe for coronavirus patients?

Doctors say the drug can have serious side effects. The label for Plaquenil, a brand of hydroxychloroquine, says patients taking it have reported "life threatening and fatal" cardiac problems and "irreversible" vision problems.

After temporarily closing factories in the Pacific Northwest due to the coronavirus, aircraft maker Boeing announced it would resume operations in some Puget Sound sites on Monday.

“The resumption of operations will focus on our defense programs, including P-8 and KC-46, and Moses Lake site operations in support of 737 MAX storage,” according to a statement from Boeing.
“Other essential labs and support teams will also resume to support critical customer needs.”

Boeing says about 2,500 employees in the region will be returning to work, with all required to wear face coverings. Of more than 70,000 Boeing employees who work in the Puget Sound area, about 100 have been confirmed with coronavirus.

The Philippines has banned medical staff from working in other countries, sparking tensions as the island nation struggles to battle the coronavirus.

The order, signed by the Labor Secretary on April 2, prohibits physicians, nurses, medical technicians and other medical staff from working abroad while the country remains under a state of emergency.

The order says the Philippines sends 13,000 medical workers abroad every year -- yet faces a shortage of 290,000 health workers at home.

A lot of Filipinos go abroad to work in medicine. It can be much more lucrative in North America or Europe, with the average salary for a registered nurse under $200 a month in the Philippines, according to the country's Department of Labor.

More than 17% of registered nurses in California are Filipino, a 2017 report found. And in the UK, a 2019 government report found there are more than 18,000 Filipinos working in the NHS.

That's why they aren't happy with the new ban. An online petition has already gained 10,000 signatures, protesting the lost economic opportunities for Filipino nurses.

The petition urged the government to reassess the ban, arguing that the government's compensation of $10 a day for volunteers is not enough to replace wages earned abroad.

Passengers from Australia and New Zealand on the cruise ship Greg Mortimer will be evacuated on repatriation flights this weekend, after almost 60% of those on board tested positive for the coronavirus.

The ship is docked off the coast of Montevideo, Uruguay.

The passengers will leave on a medical charter flight to Melbourne early Saturday local time, according to a statement from cruise operator Aurora Expeditions.

The New Zealand government will reportedly organize a transfer from Melbourne back home for its citizens.

The cruise company’s insurance will cover the cost of the repatriation flight.

CNN affiliate Teledoce reported that 112 passengers will go directly to Carrasco Airport. They are expected to go through a sanitary corridor arranged by Uruguay.

Churches across the world are celebrating Good Friday differently this year.

As the coronavirus pandemic continues to spread, churches are finding alternative ways to commemorate the day Jesus Christ was crucified.

Worshipers in Germany attended service at a drive-in movie theater, with the actual service playing on the radio.

In Indonesia, worshipers celebrated by live streaming a service.

Pope Francis presided over a Good Friday ceremony at St. Peter's Square in The Vatican despite lockdown measures in Italy.

The week-long gathering, themed around music, art, radical community and self-expression, was scheduled to start on August 30.

“In 2020 we need human connection and Immediacy more than ever,” organizers wrote on the event’s blog. “But public health and the well-being of our participants, staff, and neighbors in Nevada are our highest priorities.”

The event typically draws tens of thousands of people to the desert for concerts, exhibits and its signature creation – a multi-story wooden sculpture of a human that is ignited at Burning Man’s conclusion.

The official website says a “Virtual Black Rock City” will take the place of the traditional event this year.

Coronavirus has swept through the US federal prison system over the past three weeks, leaving more than 300 confirmed cases among inmates, at least nine prisoners dead and raising concerns about the government's handling of the crisis.

Inside some facilities, inmates have said they are locked in crammed and cramped cells without face masks and enough soap, and guards have grown concerned that they could spread the disease to their families.

At a prison in Butner, North Carolina, the number of cases jumped by dozens -- nearly 400% -- earlier this week. And in Oakdale, Louisiana, where six inmates have died in recent days, armed corrections officers had to quell a small uprising with pepper spray on Wednesday, an official at the prison said.

In his first interview since the pandemic began, Bureau of Prisons Director Michael Carvajal defended the steps his agency has taken amid what he described as the most challenging situation the federal prison system has been confronted with in decades.

"I don't think anybody was ready for this Covid, so we're dealing with it just as ready as anybody else and I'd be proud to say we're doing pretty good," said Carvajal, who was named director in late February during the pandemic.

"It's easy to critique those hot spots, but we don't control that. We can only control the people inside of our institutions, and we put things in place to do that." 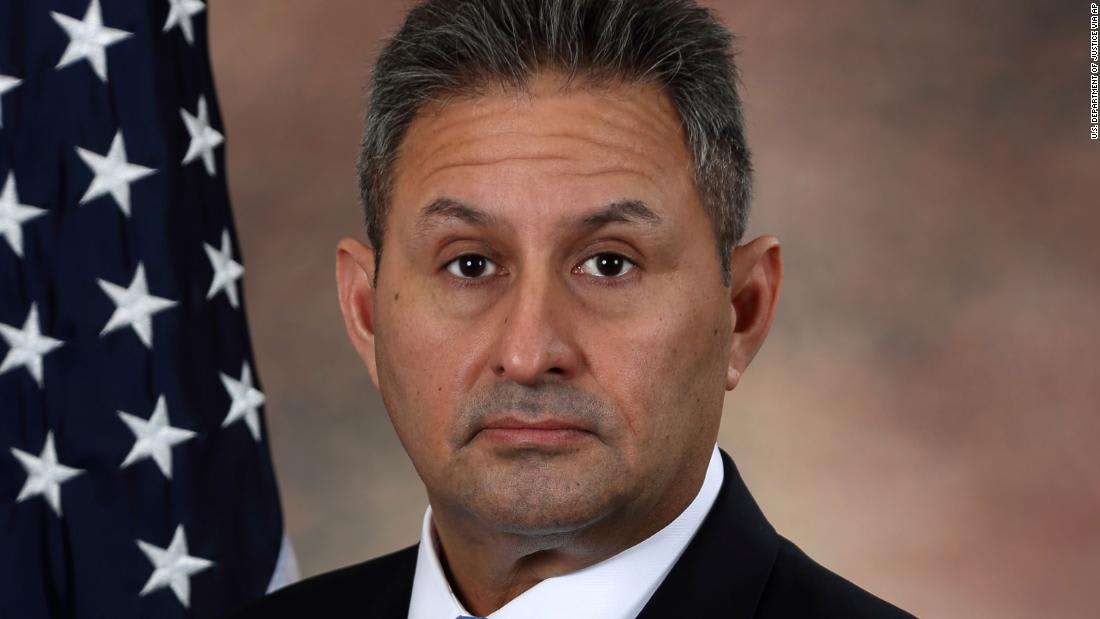 Exclusive: 'I don't think anybody was ready for this Covid,' says head of federal prisons

In a government survey, more than 80% of respondents supported the use of electronic bracelets, with many saying that preventing the virus from spreading further was the most important consideration.