No update on his health has so far been issued on Monday, but his spokesperson said that on the advice of his medical team, he is not immediately returning to work.

Johnson spent a week in the hospital for persistent coronavirus symptoms.

Upon leaving hospital on Sunday, Johnson released a deeply personal video message thanking his nurses, saying “things could have gone either way.”

His words painted a much starker picture of his battle with Covid-19 and his fiancée referenced a “very dark week” in a post on her Twitter account.

As we set out, his condition did worsen over the course of last Monday afternoon and he had to be moved to the intensive care unit. If someone is moved to intensive care they need a level of specialist treatment,” the spokesperson added.

Asked why the public was told Johnson was in “good spirits” while in ICU, his spokesman said: “All the information we gave to you was provided by St. Thomas’ hospital. Anything which we released to you was cleared with St. Thomas’.”

Johnson is now recovering at the PM’s official countryside residence, Chequers, in Buckinghamshire. This is considered to be “a suitable place for the PM to continue his recovery,” his spokesman said. He noted that there are no scheduled visitors.

Around 300,000 non-essential workers have gone back to their jobs Monday in the Madrid region, a spokesman for Madrid's regional government told CNN.

Despite still reporting hundreds of new infections every day, the Spanish government announced it would begin rolling back some of its tough lockdown restrictions after the Easter holiday.

Spain’s General Workers Union, GTU, a major trade union, raised concerns over the safety of those returning to work. The union, which has 940,000 members according to its website, called for employers to be responsible for providing personal protection equipment.

Here's some background: The country has now recorded more than 17,400 total deaths, with more than 87,000 active cases. Today, Spain recorded its second-lowest daily rise in deaths for three weeks: 517 in the past 24 hours.

A partial lifting of restrictions came into effect today. Workers who cannot work from home, such as those working in construction and other industries, were permitted to return to work. However, shops, bars, and restaurants and other businesses considered non-essential, remain closed.

Lebanese Army units deployed throughout the country will on Tuesday begin distributing aid packages to citizens who have lost their income because of coronavirus, the army says.

The Lebanese government had earlier pledged to allocate 75 billion Lebanese Liras (about US$4.97 million) in social aid to those in need.

Lebanon has recorded 630 coronavirus cases and 20 deaths, according to the Lebanese Health Ministry.

Dr. Robert Redfield, the director of the US Centers for Disease Control and Prevention, said the United States is "nearing the peak right now" of the coronavirus pandemic.

"I think we'll sometime, hopefully this week, we'll be able to say — you'll know when you're at the peak when the next day is less than the day before," Redfield said this morning during an appearance on the "Today" show.

"We are stabilizing across the country in terms of the state of this outbreak," he added.

Dr. Robert Redfield, the director of US Centers for Disease Control and Prevention, said Monday "it's important to look at the country as many different separate situations" when asked on the "Today" show if it was conceivable to relax social distancing guidelines by May.

"This pandemic has affected different parts of the country differently," Redfield said. "We're looking at the data very carefully, county by county by county, and we will be assessing that."

Redfield told NBC's Savannah Guthrie that in his view, a number of things need to happen before reopening the country, including increasing public health capacity to do early case identification, isolation and contract tracing.

President Donald Trump urged Americans eight days ago to brace for the "toughest week" of the coronavirus pandemic -- but for Trump himself, the week ahead may well be tougher.

That's because, even as the death toll keeps rising, so have signs that social distancing restrictions have begun tempering the crisis. Good news makes it harder to hold the line on those restrictions as the outcome of America's war against coronavirus remains uncertain.

That paradox has produced intense cross-pressures inside the White House. Business interests, economic advisers and Republican conservatives seek an end to the shutdown that has halted normal life and thrown 16 million Americans out of work; public health authorities warn that moving prematurely risks a second tsunami of infection with escalating loss of life and deeper economic damage.

"Now is no time to back off," Dr. Anthony Fauci, the government's top infectious disease specialist, told CNN on Friday. "Now is the time to actually put your foot on the accelerator, because we're going in the right direction." 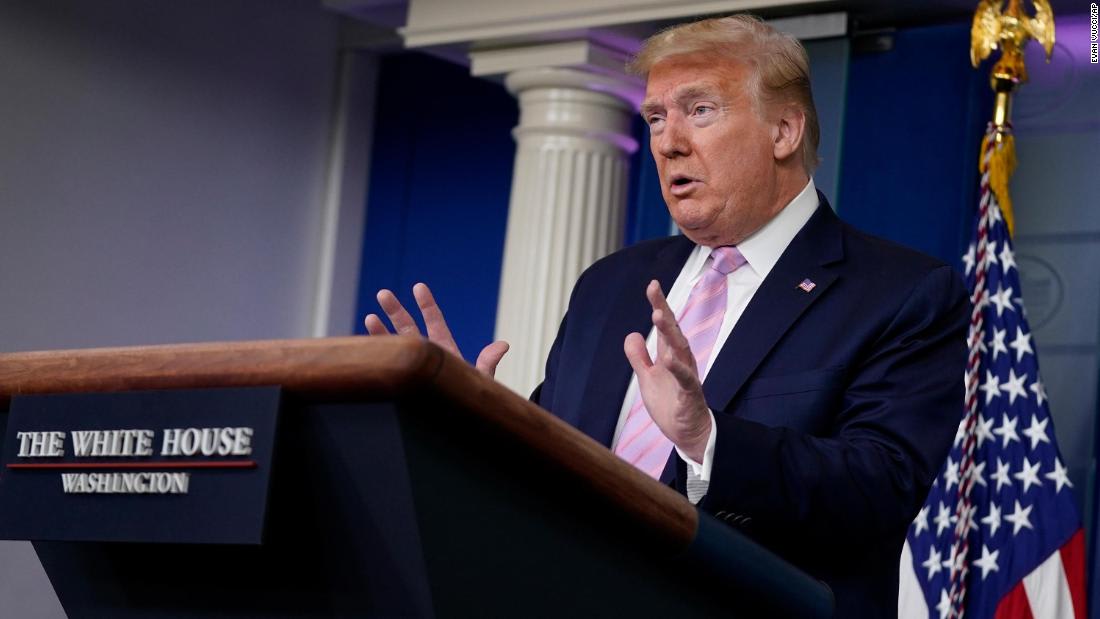 At least 25,580 people have so far tested positive for the virus in Switzerland, according to The Swiss Federal Office for Health -- an increase of 280 in the past 24 hours.

885 people have so far died. Switzerland's coronavirus incidence rate is one of the highest in Europe, the office pointed out, with 298 cases recorded per 100,000 inhabitants.

Janese authorities are preparing emergency housing for thousands of "internet cafe refugees" as coronavirus infections spike across the country.

Open around the clock: Internet cafes, which face temporary closure under Japan's state of emergency declaration, have become a de facto home for those without access to stable housing. Many internet and manga cafes across Japan are open 24 hours a day and feature showers, coin laundries, a cafe with food and most importantly -- private booths that can be rented on an hourly or daily rate.

Mostly men: There are more than 4,000 internet cafe refugees in Tokyo, according to a 2018 survey conducted by the Tokyo Metropolitan government. Nearly 86% of "residents" are men and just over 14% are women.

Roughly 15,000 people stay at such cafes daily during the week and some 4,000 of them are homeless. About 3,000 do not have stable jobs, according to the survey.

Hatanaka Kazuo, a spokesperson for the metropolitan government, told CNN that rooms would be available in business hotels in the capital for those who applied. A total of 175 people have moved into hotel rooms as of April 10. The rooms will be available until May 6, when the country's state of emergency is scheduled to end.

Pope Francis prayed for victims of domestic violence and all women involved in helping to assist others during the pandemic, in a special address from the Vatican's Apostolic Library on Monday.

"Today I want to remember how much many women do to take care of others, especially during this health emergency," the Pope said during a special prayer, called the Regina Caeli. "Women doctors, nurses, police and prison guards, those who work in shops providing essential items and many women and sisters and grandmothers who are on lockdown at home with their families: children, elderly and the disabled."

Francis also mentioned women who are at home and at risk of domestic violence.

"Sometimes they are at risk of violence due to a living situation which is too great a weight for them," the Pope said.

"Let us pray for them, that the Lord gives them strength and that our communities may sustain them, together with their families."

"May the Lord give us the courage of women, to always move forward," Francis said.

Calls to abuse hotline up 25%: As coronavirus lockdowns are announced around the world, charities and police forces have warned of a potential spike in domestic violence.

Refuge, a leading British charity focused on fighting domestic abuse, said last week that calls to its helpline had risen by 25% since restrictions on people's movement began, and that hits on its website had increased by 150%.

Being confined at home with an abuser makes victims more vulnerable, because there is no escape. In addition, multiple studies have found that emotionally stressful events can lead to an increase in aggressive behavior at home.

Read more about coronavirus and its impact on domestic abuse here.