America has an inequality problem and the coronavirus crisis is making it worse.

The pandemic is leaving few people untouched, but America's weakest demographic groups are shouldering the worst burden through job losses and frontline work, against a backdrop of a higher risk of infections and lower savings.

Lower earnings: The average black and Hispanic families are already bringing in less income, earning between 71 cents and 74 cents for each dollar earned by the median white family, according to a new report from the JPMorgan Chase Institute.

Fewer safety nets: Minority families also have a smaller buffer of liquid assets like savings and investments, meaning they have a much thinner cushion to fall back on to weather the storm of economic shocks.

Vulnerable to layoffs: Black and Hispanic workers are also more likely than white workers to be in jobs that pay by the hour, making them more susceptible to layoffs.

A total of 22 million Americans have filed for unemployment benefits over the past month.

"As families face job loss and income uncertainty resulting from the Covid-19 pandemic, this report shows that black and Hispanic families will bear the brunt of this economic crisis," said Diana Farrell, president and CEO of the JPMorgan Chase Institute. 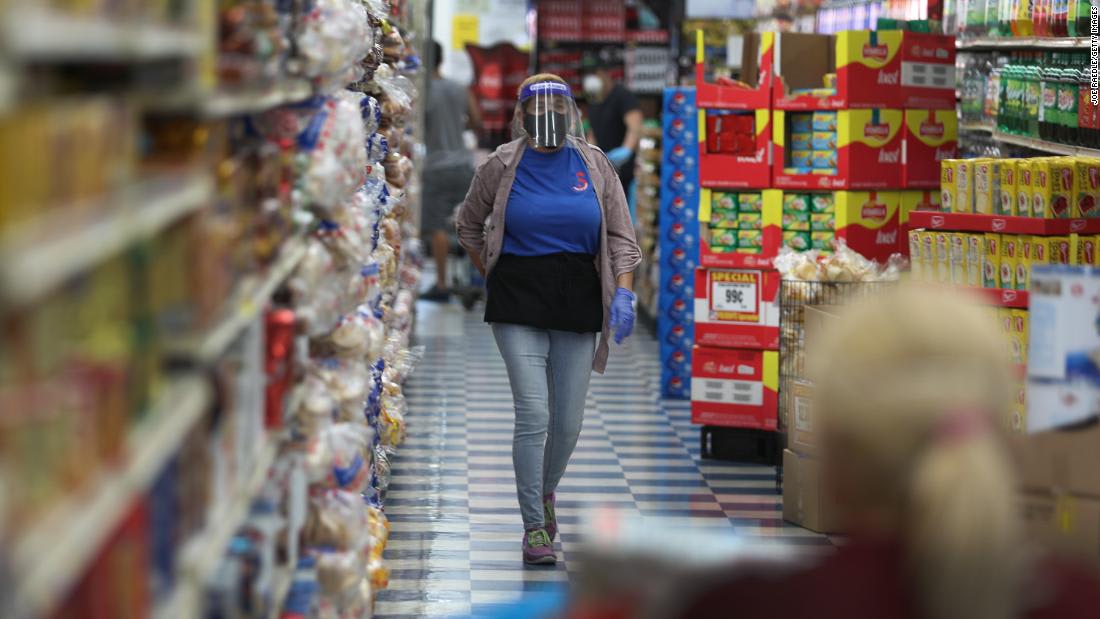 Sanderson, who works as a junior doctor in north London, also said the government should provide reassurance to families of medical workers that they won’t face financial ruin if the health worker dies at work.

“All of us are more or less worried about dying as a result of being infected with coronavirus at work,” Sanderson said, adding that for migrant families, there is the extra stress of their visa situation.

What happens when you're nearly three years into the middle of a 8,700-mile hike, you've given up your home, you have no money -- and then coronavirus stops the world in its tracks?

That was the dilemma facing Christian Lewis when his quest to walk every twist and turn of the British coastline to raise money for charity was suddenly derailed by the arrival of the pandemic.

Lewis began his journey from Swansea in South Wales, in the summer of 2017 with just $12 in his pocket. Picking up a companion -- a dog named Jet -- along the way, he arrived on the remote Scottish Shetland islands in March just as the UK was placed under restrictions.

With no home to go to and only a flimsy tent for protection in one of the most northerly and windswept parts of the country, he could've been in trouble.

Instead, thanks to the kindness of complete strangers, he's found himself in arguably one of the best places on the planet to sit out the crisis -- a cottage on a tiny island all to himself.

"It is just super. I couldn't be in a better place for a lockdown," Lewis tells CNN from Hildasay island. "There's nothing here but a few sheep and an array of birds."

Some Shetlanders lent him a boat to go to the island, and a local fisherman brings Lewis deliveries of water. He makes the occasional boat trip to the mainland for other supplies, but mostly forages for his food.

"I can walk down now, and I'll have a whole plate full of mussels if I want them, so I've got no worries there," he said. 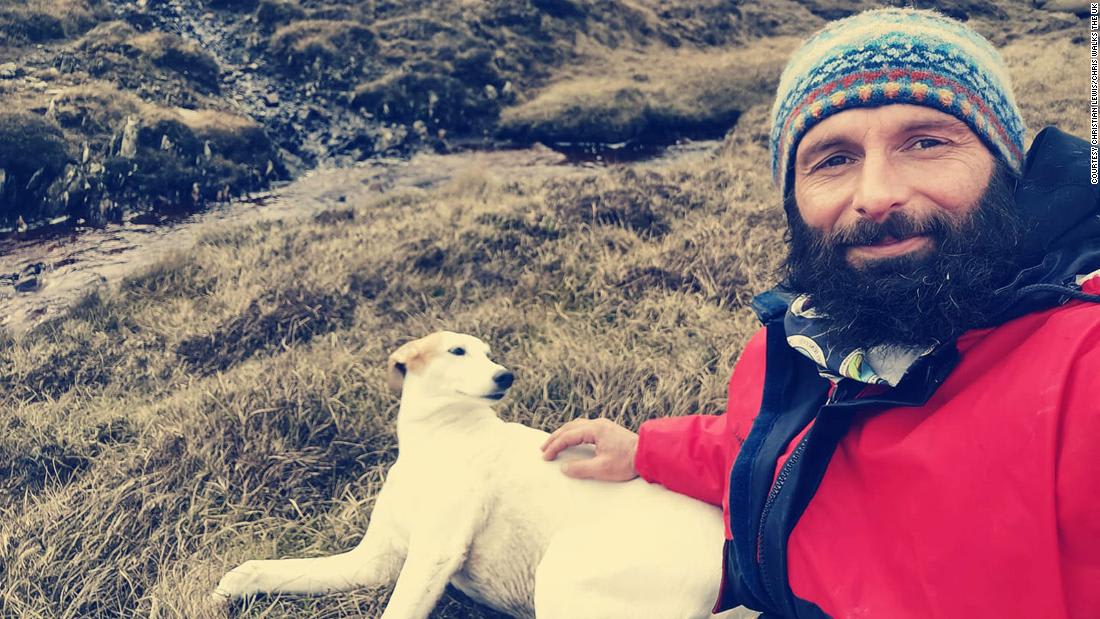 Story by Tamara Hardingham-Gill and video by Temujin Doran

A 12-year-old girl in India, who embarked on a 200-mile journey home on foot during the nationwide coronavirus lockdown, died just an hour away from her house, according to local officials.

Jamlo Madkam worked in chili fields in Perur village, in the southern state of Telangana. The nationwide lockdown was supposed to end on April 14 -- but was extended until May.

On April 15, Madkam and 11 others, including her brother-in-law, began the journey to their home state of Chattisgarh in central India. They decided to walk home because they were out of work, and weren't sure when the lockdown would end, said Dr B R Pujari, the chief medical health officer of Madkam's home district.

Three days later, she died before she could make it home.

"They walked through mountainous terrain to avoid police barricades, for three whole days. We were told that Jamlo hadn't eaten anything that morning because of a stomach upset and had been vomiting. We suspect that an electrolyte imbalance along with the exhaustion led to her death," Pujari said.

The remaining 11 migrant workers have been quarantined at a government facility for 14 days, and their samples have been sent for testing. Madkam's postmortem report showed that she did not have coronavirus.

The nationwide lockdown has been in place since March 25, and will continue through May 3.

Once the lockdown came into effect, thousands of workers attempted to walk home as they were left without work and a means of transport to travel back home.

Virgin Australia has collapsed into administration, one day after billionaire founder Richard Branson made a last-ditch appeal for government support for the country's second biggest airline.

The carrier is the industry's latest casualty as the coronavirus pandemic continues to eliminate global demand for travel.

The company said today that it had entered voluntary administration as it looked for money to revive its business, and that it eventually hoped to "emerge stronger on the other side of this crisis."

Virgin Australia is the first major airline in Asia Pacific to succumb to the loss of business from the pandemic, which has caused carriers to rip up their flight schedules, ground planes and put staff on unpaid leave. Last month, UK budget carrier Flybe also collapsed, saying its financial challenges were too great to withstand in the context of the pandemic.

For now, the Brisbane-based carrier plans to continue operating all scheduled flights, "which are helping to transport essential workers, maintain important freight corridors, and return Australians home," the airline said in a filing posted on the Australian stock exchange.

In a message addressed to employees today, Branson called out the Australian government, saying "this is not the end for Virgin Australia."
"In most countries federal governments have stepped in, in this unprecedented crisis for aviation, to help their airlines. Sadly, that has not happened in Australia," he wrote.

Italian Prime Minister Giuseppe Conte took to Facebook Monday night to reassure Italians about plans to reopen the economy -- but also to warn that the country needed to stay vigilant.

The government is finalizing plans to gradually reopen the country's economy starting May 4, he said.

Conte warned that it needed to be a slow process, because "reopening everything right away will be irresponsible and would increase the curve of contagion."

"Many citizens are tired of the efforts made so far and would like a significant easing of these measures or even their total abolition," Conte wrote in a lengthy post. "I wish I could say, 'Let's reopen everything. Immediately. We leave tomorrow morning.' This government has put the protection of citizens' health first, but it is certainly not insensitive to the goal of preserving the efficiency of the production system. But such a decision would be irresponsible. It would make the contagion curve go up in an uncontrolled way and would nullify all the efforts we have made so far. Altogether."

He warned that the progress made to flatten the curve cannot be sacrificed to appease public opinion or disgruntled companies.

The gradual reopening would follow a structured plan instead of relying on "improvisation," to both keep the risk of contagion low and to ease the burden on the health care system, he said.

Here's what that means: The plan must be detail-oriented and meticulous to reduce risk, Conte said. For instance, it must include not only safety protocol within workplaces, but guidelines for public and private transportation, and how to control density and social distancing.

"We cannot abandon the line of utmost caution, even in the perspective of restarting," Conte said.

Russia officially reported 5,642 new cases on Tuesday morning, bringing the national total to 52,763, according to the country’s coronavirus response headquarters.

NHS Providers, which represents hospital trusts and ambulance services, is exploring whether protective gowns can be reused amid a shortage, its deputy chief executive, Saffron Cordery, said in a statement on Monday.

"NHS Providers has been flagging for ten days that the supply of gowns was becoming critical. This remains the case,” Cordery's statement said.

Cordery said National Health Service trusts -- organizational units within the English NHS -- are "sharing stocks when they can, and are exploring whether some gowns can be washed and used more than once."

"They have also secured extra supplies of gowns or similar products from a range of suppliers including vets, builders merchants and universities," Cordery said.
"The announcement of an additional consignment of gowns from Myanmar, while welcome, offers at best a stop-gap solution for the next day or two.
"But we need to move away from a running commentary on individual consignments, and get to a reliable and sustainable long term supply," she added.

PPE delivery: The UK is still waiting for a large shipment of personal protective equipment, including 400,000 gowns, from Turkey that the government said would arrive Sunday but has been delayed. It has also received 140,000 medical gowns from Myanmar, according to UK government minister Simon Clarke.

The UK Parliament will resume today with lawmakers being asked to approve a new "hybrid" system which will limit the number of people allowed in the House of Commons at any one time.

If approved, the new measures will begin on Wednesday.

Commons Speaker Lindsay Hoyle said it will be a "temporary measure" to ensure the government is being held to account during the coronavirus restrictions.

The proposed model would allow a maximum 50 members of parliament to be present in the chamber at one time under social distancing measures. In addition, a further 120 members will be able to join via video link.

"We’re going to build up that number. We’re going to ensure that there’ll be more scrutiny, legislation, votes -- all of that will come. But this is the starting point tomorrow," Hoyle told BBC radio.

In a video message posted online, Hoyle said the changes are designed to allow lawmakers to do what everyone else is being asked to do -- stay home.

"It will be an historic moment in our 700-year history to have MPs contributing to prime minister’s questions, urgent questions and statements via video link from the safety of their homes and offices," he said.