In what could be the first lawsuit filed by a state against China, Missouri Attorney General Eric Schmitt filed a lawsuit Tuesday against the Chinese government over the loss of life and economic consequences in Missouri from the coronavirus, according to a statement from Schmitt’s office.

"COVID-19 has done irreparable damage to countries across the globe, causing sickness, death, economic disruption, and human suffering. In Missouri, the impact of the virus is very real - thousands have been infected and many have died, families have been separated from dying loved ones, small businesses are shuttering their doors, and those living paycheck to paycheck are struggling to put food on their table," Schmitt’s statement reads. "The Chinese government lied to the world about the danger and contagious nature of COVID-19, silenced whistleblowers, and did little to stop the spread of the disease. They must be held accountable for their actions."

The lawsuit was filed in the US District Court for the Eastern District of Missouri and alleges "during the critical weeks of the initial outbreak, Chinese authorities deceived the public, suppressed crucial information, arrested whistleblowers, denied human-to-human transmission in the face of mounting evidence, destroyed critical medical research, permitted millions of people to be exposed to the virus, and even hoarded personal protective equipment -- thus causing a global pandemic that was unnecessary and preventable."

The lawsuit alleges that Chinese officials did little to contain the spread of the virus despite having knowledge of the disease. It also alleges the government denied the potential of human-to-human transmission when it informed the World Health Organization about the outbreak, despite having evidence of such transmission.

"The lawsuit notes the immense negative impact that COVID-19 has had on Missourians, pointing out the unprecedented number of jobless claims, the impact on Missouri's unemployment rate, and the impact on the State's budget now and in the future. On the human side - Missouri’s nurses and doctors are forced to quarantine from their families, our elderly citizens are stuck in nursing homes away from loved ones, and more," the statement reads, adding, "The lawsuit seeks relief on one count of public nuisance, one count of abnormally dangerous activities, and two counts of breach of duty. Remedies could include civil penalties and restitution, abatement of the public nuisance, cessation of abnormally dangerous activities, punitive damages, and more."

Missouri has at least 6,105 cases of the virus and at least 229 deaths related to it, according to numbers from Johns Hopkins University.

CNN has reached out to the Chinese government for comment.

Legal experts have said the lawsuit faces an uphill battle because China is protected by sovereign immunity.

As the world grapples with unprecedented lockdown measures, Ai Weiwei finds himself in familiar territory. The outspoken artist spent nearly three months in a tiny room while detained by authorities in China in 2011.

He was later accused of tax evasion, a charge widely interpreted as punishment for his political activism. Following his release, Ai's passport was confiscated, and he was placed under close surveillance in Beijing.

In Cambridge, England, where the 62-year-old dissident now resides, self-isolation has stirred similar feelings of solitude. "You (feel) disassociated, you're dysfunctioning and you're uncertain about your own future ... you're trying to imagine behaving in relation to others," he said, over the phone, of restrictions implemented to contain the coronavirus.

Ai has been critical of China's handling of the outbreak: According to Ai, China's selective handing of information early on provided a "chance for the virus to spread." However, understanding China's motivations is as important to Ai as the alleged cover-up, or the suggestion that the country's infection numbers and fatalities have been under-reported.

"The West's blame is very superficial," said Ai. "They (in the West) only talk about China practically -- (that it) doesn't release information. But they never ask, 'Why?'" 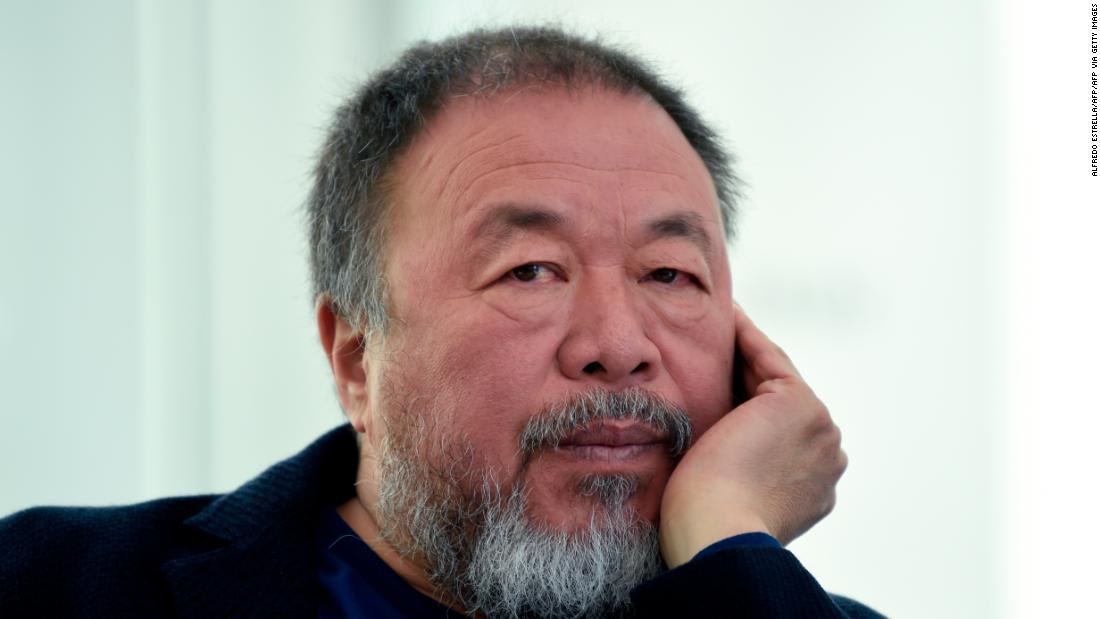 People suffering heart attacks, strokes or other life-threatening emergencies are staying away from hospitals because they fear contracting Covid-19, medical groups said Wednesday.

But the American Heart Association, the American College of Emergency Physicians and several other medical groups are urging people to still call 911 and go to the hospital when it’s a real emergency.

In a joint statement on Wednesday, the eight medical groups said people could die if they don’t.

"What we've seen over the course of the last six to eight weeks is that there are decreasing numbers of heart attacks and strokes showing up at US hospitals. That has also been reported in other places around the globe that have experienced Covid-19 epidemic," said Dr. Robert Harrington, an interventional cardiologist and president of the American Heart Association. He was among the authors of the joint statement.
"We want to make sure now that as we're seeing those decreased numbers of heart attack and stroke patients that we call public awareness to this, that we call public attention to this, that this really is important from an overall public health perspective," Harrington said.

CORRECTION: This post has been updated with Dr. Robert Harrington's name.

Officials in Northern California's Santa Clara County have confirmed that two people, one who died on February 6 and another on February 17, had contracted the coronavirus.

They are believed to be the first coronavirus-related fatalities in the United States. The first death connected to a nursing home in Washington state -- the first major cluster in the US -- was recorded on February 29

The Santa Clara County Medical Examiner-Coroner performed autopsies on two individuals who died in their residences in February and sent samples to the Centers for Disease Control and Prevention (CDC), according to a statement from the county.

Results from the CDC came back today, confirming both tissue samples tested positive for the coronavirus, the statement said. The individuals were not tested because they died when coronavirus testing was very limited and was only available through the CDC.

"Testing criteria set by the CDC at the time restricted testing to only individuals with a known travel history and who sought medical care for specific symptoms," the statement said.

A resident of Indian President Ram Nath Kovind’s official estate has tested positive for Covid-19, leading to the quarantine of 115 families who live in the residential section of the Rashtrapati Bhavan -- the presidential palace in New Delhi.

The individual who has tested positive is a family member of an employee who is currently working in the palace and lives on the premises. Following current guidelines, the whole family was moved to a quarantine facility, according to a news release issued by the palace.

The family was located during contact tracing of another deceased patient by health officials.

"Subsequently, one of the family members who was in contact with the deceased, tested positive. All other family members including the employee of the President's Secretariat have tested negative," the news release said.

This is the first confirmed case on the premises of the presidential palace. Delhi has recorded at least 2,156 cases, including 47 deaths.

In a message to young people dealing with the coronavirus pandemic, Los Angeles Mayor Eric Garcetti told young Angelenos that "it’s OK to be scared."

Garcetti reassured young adults that the city will be able to come back, citing how the United States has responded to other disasters like earthquakes and the 9/11 terror attack.

CNN boarded a Tuesday afternoon train from Shanghai to Wuhan, the original epicenter of the novel coronavirus outbreak which has now infected more than 2.5 million people worldwide.

With the local epidemic contained, Chinese officials are now concerned with a rise in imported cases.

The train stations in Wuhan were shuttered for more than two months beginning from January 23. Now when you arrive in Wuhan, most passengers are able to walk off the train and exit the railway station freely.

However, security in white protective suits once again single out those who appear to be foreign. The screeners look through passports and ask for other official documentation to prove how long you’ve been in the country. Passengers unable to provide such documents will be subject to forced government quarantine for a minimum of 14 days, according to the screeners.

On the streets, Wuhan still appears to be awakening from its 76-day lockdown.

When you enter a Wuhan hotel, there’s another screening. The hotel staff ask to see each guest’s updated city QR code -- a color-coded digital bar code that cities use for tracing potential exposures of the virus -- to verify you’re clean to enter.

In addition to taking the temperature of guests, they also:

The measures may seem extreme, but with more than 11 million people, Wuhan is a city larger than New York City that is still shell-shocked from its devastating outbreak, and trying to navigate the new normal that follows a 76-day halting of life.

Japan has confirmed that 33 additional crew members onboard the Costa Atlantica cruise ship, which is docked in Nagasaki prefecture, have tested positive for novel coronavirus on Wednesday.

In a news conference, officials from the Nagasaki prefecture said those with symptoms will be admitted to medical centers, while asymptomatic patients will remain onboard in isolated private rooms.

This brings the total number of confirmed cases onboard the ship to 34, after one crew member tested positive for coronavirus on Tuesday.

The cruise ship, operated by Italian cruise liner Costa Crociere, has been docked in Japan since March for repairs with 623 crew members. No passengers are currently onboard the ship.

The novel coronavirus has now infected more than 2.5 million people and killed at least 177,000 worldwide, according to Johns Hopkins University.