The Spanish parliament voted to approve the extension of its state of emergency proclamation for the third time until May 9.

The state of emergency was first decreed on March 14, which ordered severe restrictions on movement and business.

Spain’s Prime Minister Pedro Sanchez argued for another extension during a speech on Wednesday morning.

"This extension is different than the others” Sanchez said. "It's the first time I can do this with a carefully optimistic future. It is [the extension] that will begin to de-escalate the rules of confinement", he added.

Sanchez warned parliament members that the next phase of de-escalation and the return to normality “needs to be slow, gradual and therefore secure.”

The prime minister also mentioned that his government is "implementing a control system" for people traveling from inside or outside of Spain "to avoid more imported contagions."

"Each mistake we do now, each challenge we fail, each delay caused by other interests will be a weight we will carry in the next months and years," he added.

Spain has the world’s second highest cases of coronavirus cases, the country has enforced Europe’s strictest restrictions of movement.

There will be no knightings or awarding of other honors at Buckingham Palace in June, and the annual Garter service at Windsor Castle – where Knights of the Garter process with the Queen – has also been called off, a Royal Communications statement Wednesday said.

“For practical reasons in the current circumstances all investitures due to be held at Buckingham Palace in June have been postponed. The annual Garter service at Windsor Castle has been cancelled,” the statement said.

The majority of nurses in Spain say they have been working during the Covid-19 crisis without enough protective equipment, according to a study by the Spanish College of Nursing (CGE).

Of the 11,000 nurses surveyed across Spain, 74% said there were no masks in their work unit and 55% reported a lack of protective gowns.

"Health workers didn't have the most basic protection equipment against the virus, which could explain the extremely high number of workers infected in our country,” CGE, the professional body for the Spanish nursing profession, said in a press release on Wednesday.

However, the Spanish College of Nursing believes there are many more cases among health workers than have been reported, as the study reveals two-thirds of nurses reported having symptoms but weren't able to get tested. The report also reveals 5% of nurses had to work with symptoms. Madrid, the hardest hit by the virus of Spain’s 17 regions, was also the region with the most number of nurses who reported having symptoms compatible with Covid-19.

The College of Nursing study also reveals that many workers said they didn't receive enough Covid-19-specific training to treat infected patients or use the special protective equipment. Some nurses also reported receiving "poor quality" supplies, such as having to reuse or wash masks and gowns, spending up to 14 hours with the same equipment, and reusing it the next day.

"I am happy to report that his test is NEGATIVE," Mirza tweeted.

Some background: The decision to test Khan came after Pakistan’s eminent philanthropist Faisal Edhi announced on Tuesday that he has tested positive for Covid-19. Khan and Edhi met in person six days ago.

According to Pakistan’s ministry of health, the number of diagnosed coronavirus cases in the country is now 10,076.

At least 25,085 people have died in connection with Covid-19 in Italy, according to the Italian Civil Protection Agency.

The total number of cases, including deaths and recoveries, is now 187,327.

If the World Food Program’s supply chain breaks down, “people will die and not just of Covid-19, but of starvation,” WFP Director David Beasley told CNN’s Hala Gorani on Wednesday.

Beasley warned that this was not a “sky-is-falling" scenario, but a reality they are currently facing.

“It’s not just food, it’s a number of things. If that supply chain breaks down, we can’t move goods and services, we can’t move supplies,” Beasley said.

“We now know 135 million people are walking towards the brink of starvation. Out of that 135, we feed 100 million, but 30 million depend totally on us."

Beasley said the WFP needs $350 million for extra flights to Africa to help move medical professionals into the country because commercial airlines have shut down.

“We have already transported literally millions of testing kits, billions of masks, millions of PPE we have got to keep that rolling out there. That’s where that money comes into play, so we can help these countries in Africa,” Beasley said.

Beasley said the world was already facing the worst humanitarian crisis in 2020 due to wars in Yemen and Syria. Now it’s a “perfect storm of extraordinary proportions,” he said.

She added that these patients are likely not contagious.

“One can presume that depending on the patient, the virus can stay for different lengths of periods in the body without being completely removed even after neutralizing antibodies had formed. Additional study is underway,” Jung said.

About the analysis: The KCDC conducted analysis on 25 recovered patients to determine whether the Covid-19 virus could be detected. 25 patients had formed neutralizing antibodies against the virus, and 12 patients tested positive for Covid-19. When the samples from the 12 patients were cultivated the results were negative, Jung said.

Samples were taken from 39 cases that retested positive and so far 6 samples did not cultivate the virus. Examination on 33 other samples is ongoing. 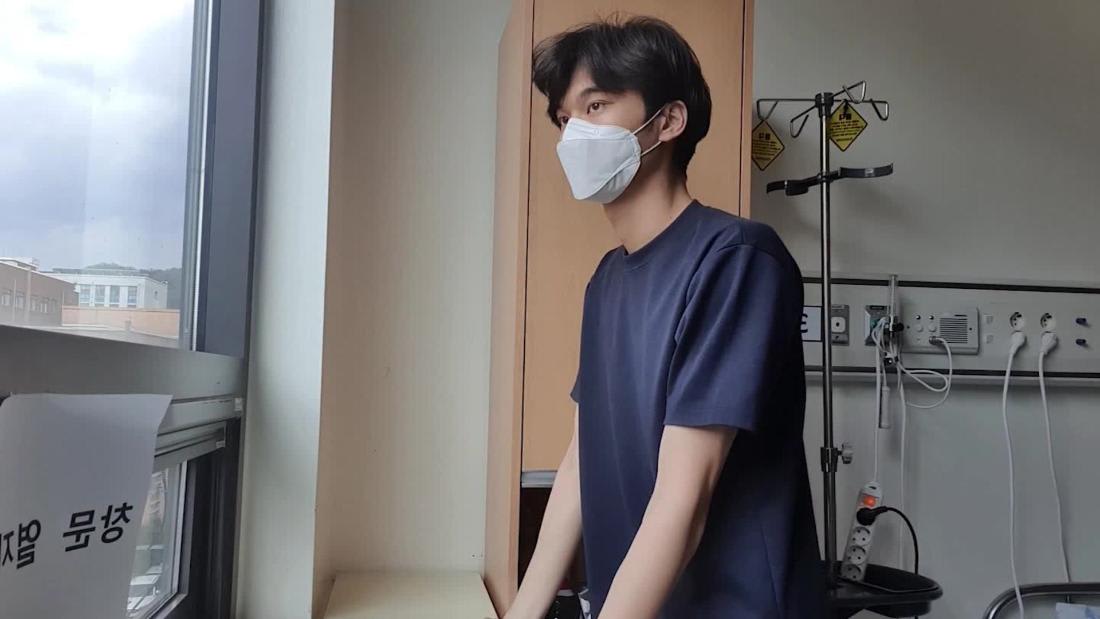 Global carbon emissions are expected to fall 6% this year because of the coronavirus pandemic, the World Meteorological Organization (WMO) says.

WMO Secretary-General Petteri Taalas said it’s “short-term” good news for the environment, but won’t be enough to get the world back on track to meet the 2015 Paris Agreement targets.

“This crisis has had an impact on the emissions of greenhouse gases,” Taalas said during a virtual press briefing. “We estimate that there is going to be a 6% drop in carbon emissions this year because of the lack of emissions from transportation and industry and energy production.”

The WMO says while the coronavirus pandemic may result in a temporary reduction in greenhouse gas emissions, it is not a substitute for sustained climate action.

“Whilst Covid-19 has caused a severe international health and economic crisis, failure to tackle climate change may threaten human well-being, ecosystems and economies for centuries,” Taalas added. “We need to flatten both the pandemic and climate change curves.”

The planned docking of the Costa Deliziosa was delayed Tuesday due to poor weather conditions.

“The Costa Deliziosa has docked and health care personnel will go on board shortly, to transport the body of a woman who died on April 6 to the forensic office where a coronavirus test will be done, mainly as a precaution. Her death seems not be related to coronavirus,” Giampedrone told CNN.

“This afternoon the first 540 passengers will disembark, while 897 more will do on Thursday afternoon,” Giampedrone said. "The ship is clean and with no people isolated on board,”

“We will carry out a protected disembarking, just like we did in other cases of cruise ships that had coronavirus cases on board. But this time we are protecting more the people on board, who have been sailing since mid-March, than vice versa” Giampedrone said.

Some context: The port of Genoa was chosen as the final destination of Costa Deliziosa by the Italian Transport Minister and the regional governor. The cruise line company will provide transportation to all passengers and the 900 crew members, according to Giampedrone.