Coronavirus vaccine researchers in London are asking for volunteers to take part in human trials in June.

A team at Imperial College London has been carrying out tests on animals since February and has secured government funding to fast-track its work.

“We are looking for volunteers to take part in our trial in June -- they will be the first volunteers to get the vaccine,” Professor Robin Shattock told BBC radio. “And we’ll be studying what doses give us the best type of immune response and are free from showing any sort of tolerability issues.”
“There’s always an element of risk in any clinical trial, but we try to remove those elements and minimize them as much as possible.���

The college said early findings show that in animals, the vaccine does have a positive effect.

Shattock said the coronavirus is not as difficult a target compared with other diseases.

“It’s very different from influenza, which changes every year,” he said. “Scientifically there’s a very high chance of success of getting a vaccine.”

More than 10,000 people in Singapore have contracted the novel coronavirus, authorities in the city-state said Wednesday.

Singapore confirmed another 1,016 new cases as of 12 p.m. today local time, pushing the the total number of infections to 10,141, the Ministry of Health said in a statement.

The vast majority of those newly diagnosed are work permit holders who reside in dormitories for foreign workers, which are cramped. Fifteen of those diagnosed are Singaporean nationals or permanent residents.

Read more about why cases have been spiking in Singapore here: 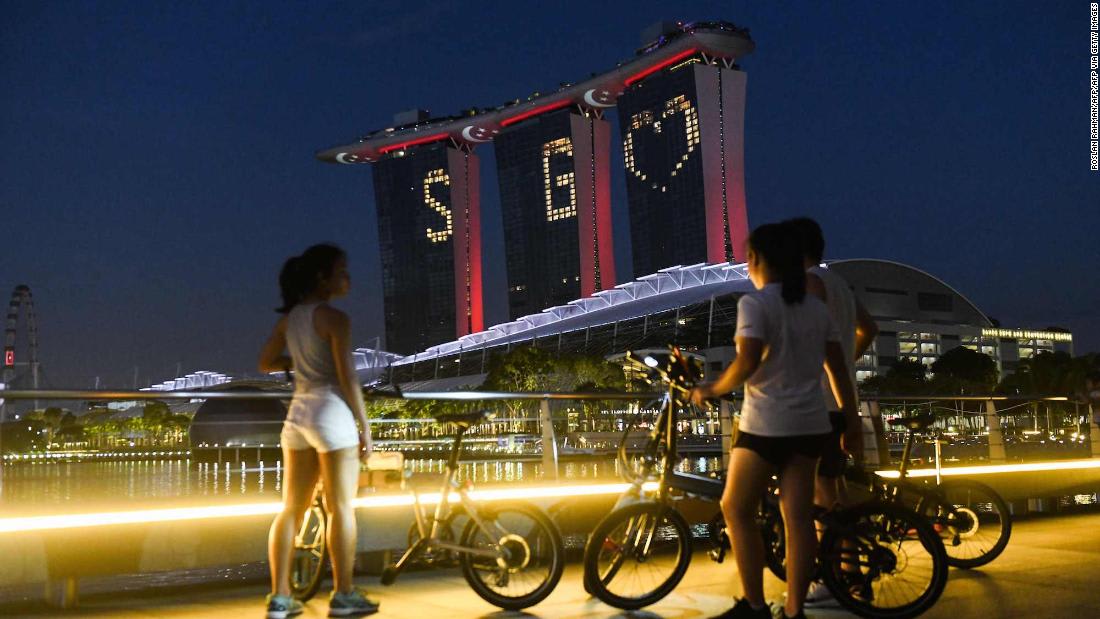 Singapore had a model coronavirus response, then cases spiked. What happened?

Eight infants from an orphanage in Tokyo are being monitored for Covid-19 symptoms after testing positive, according to a statement from the city's Saiseikai Hospital.

The hospital says the eight babies are in good condition and under hospital care.

A nurse at the orphanage who was taking care of 29 infants tested positive for the virus on April 16. The remaining 21 infants in the orphanage have tested negative. They returned to the facility after it underwent deep cleaning, the hospital said.

Three additional staff who developed fevers are being tested for the virus. They are resting at home.

The novel coronavirus has now infected more than 2.56 million people and killed at least 177,500 worldwide, according to Johns Hopkins University.

Here's what you may have missed if you're just tuning in:

Missouri is suing China: In what could be the first lawsuit filed by a US state against China, Missouri Attorney General Eric Schmitt filed a lawsuit Tuesday against the Chinese government over the loss of life and economic consequences in Missouri from the coronavirus, according to a statement from Schmitt’s office.

Pope prays for Europe: Pope Francis prayed for European unity during early morning mass from the chapel of his residence on Wednesday. His words come ahead of an EU Council meeting Thursday to discuss a recovery package for the economic crisis the bloc is experiencing due to the pandemic.

Another cruise ship cluster: Japan has confirmed that 33 additional crew members onboard the Costa Atlantica cruise ship, which is docked in Nagasaki prefecture, have tested positive for Covid-19. The ship, operated by Italian cruise liner Costa Crociere, has been docked in Japan since March for repairs with 623 crew members. No passengers are currently onboard the ship.

Ai Weiwei on coronavirus: The Chinese artist and dissident said Beijing's alleged selective handing of information early on provided a "chance for the virus to spread." However, understanding China's motivations is as important to Ai as the alleged cover-up, or the suggestion that the country's infection numbers and fatalities have been under-reported.

More concerns about winter: The director of South Korea's CDC believes that it is likely the country will see a second wave of the pandemic in autumn or winter "unless herd immunity is achieved through natural spread or through vaccines." Her comments follow similar warnings from the director of the US CDC.

All public gatherings have been banned in Harbin, the capital of China's northernmost Heilongjiang province, after an uptick in novel coronavirus cases were recorded in the city.

Seven locally transmitted infections were recorded in Heilongjiang on Tuesday, according to China's National Health Commission, prompting authorities to ramp up social restrictions.

The provincial government said in a statement that all 10 million-plus residents of the city will only be allowed to socialize with people in their respective households.

Currently, there are 54 reported coronavirus cases in Heilongjiang province. Of the 54, a total of 52 cases are from Harbin.

Harbin is located about 300 miles (480 kilometers) northwest of Suifenhe, a Chinese city on the Russian border where a spike in cases was reported last week.

Pope Francis has prayed for European unity during early morning mass from the chapel of his residence on Wednesday.

"In this time in which so much unity is needed, among us, among the nations, we pray today for Europe, so that Europe will have this unity, this fraternal unity that the founding fathers of the European Union have dreamed of," Pope Francis said.

His words come ahead of an EU Council meeting on Thursday to discuss a recovery package for the economic crisis the bloc is experiencing due to the pandemic.

From offering tickets at the cost of a vegetable to multi-seat discounts, Chinese airlines are rolling out a series of deals to attract travelers in the run-up to Labor Day -- the first major holiday since the nation came to a standstill due to Covid-19.

Recording a loss of 39.8 billion yuan ($5.6 billion) in the first quarter of 2020, according to the Civil Aviation Administration of China, the country's aviation industry is taking its first steps toward recovery as lockdown measures ease.

Some airlines have been offering wild deals -- dubbed "bok choy-price" tickets by local media because they're as cheap as vegetables -- on domestic routes to attract fliers.

Read more about the deals here: 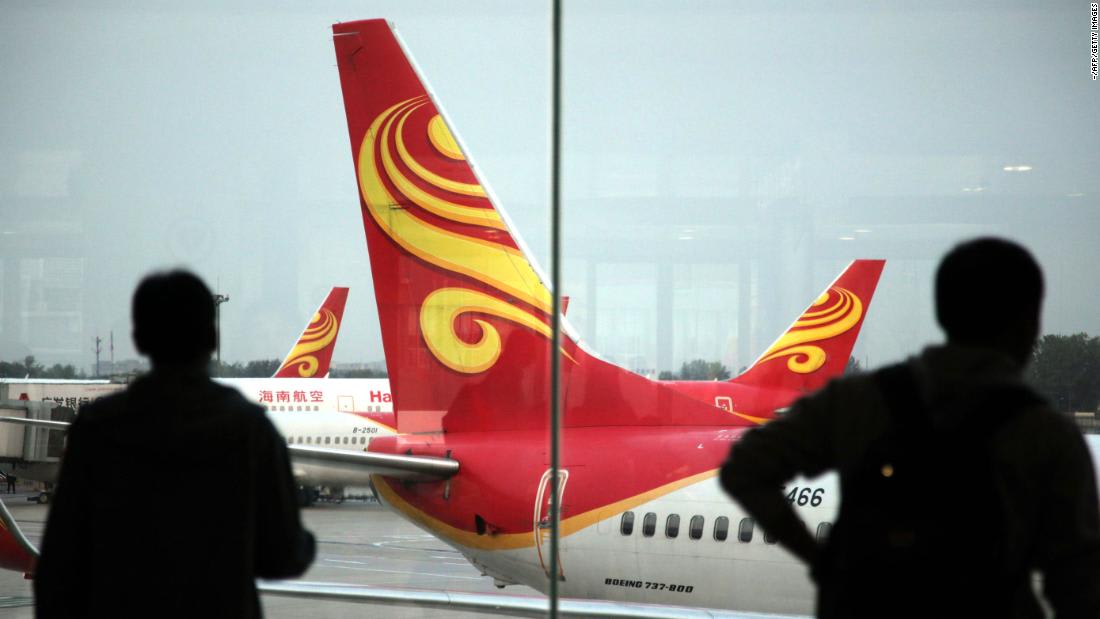 Paula Masselos, the mayor of Waverley, said access will be provided for surfers and ocean swimmers between 7 a.m. and 5 p.m. on weekdays. All land-based activities on the beach like jogging, sunbathing and gathering socially is still suspended.

"We’ve worked hard to come up with these strict measures as a way of helping people exercise safely in the water and manage strict social distancing," she said.

The new measures will also be applied to Bronte Beach in eastern Sydney.

A 21-year-old man was sentenced to six months in prison for domestic assault and spitting at police while claiming he had coronavirus, London's Metropolitan Police said in a statement Wednesday.

The man was arrested on suspicion of domestic assault on a woman and criminal damage to her property on Monday. Met Police said the man told authorities he had Covid-19 and while being put into a police van, he spat at two officers. He was later charged for assault on emergency workers in addition to assaulting the woman.

While in custody, police said the suspect told them he did not have coronavirus or any symptoms. He appeared in custody at Barkingside Magistrates' Court on Tuesday, where he pleaded guilty and was sentenced.

"I hope he spends his period in prison to reflect on his behavior, and that his prison sentence sends a message to others who are willing to commit domestic offenses and to target police officers whose job it is to protect Londoners," police inspector Alexis Manley said in a statement.