There are at least 933,050 cases of coronavirus in the US and at least 53,391 people have died, according to Johns Hopkins University's tally of cases in the United States.

The totals includes cases from all 50 states, the District of Columbia and other US territories, as well as repatriated cases and those in the US military, veterans hospitals and federal prisons.

CNN has an interactive map tracking coronavirus cases in the US.

These new guidelines include hiring 400 people to "have eyes on the basketball court on the tennis courts" and violators will get citations if they do not follow the guidelines.

"That's the key. We have to enforce those measures of social distancing, wearing the masks, and making sure that the people are abiding by the rules. So, that is exactly the way that we are going to do it," Gimenez said.

The mayor added that people can play tennis, but only singles.

Dr. Anthony Fauci, director of the National Institute of Allergy and Infectious Diseases, said Saturday that the US should increase testing by twice as much and thinks this will be possible.

Appearing on a Covid-19 update webcast by the National Academy of Sciences, Fauci noted he was referring to diagnostic testing of the coronavirus, not antibody testing.

Fauci estimated that the US is conducting between 1.5 and 2 million coronavirus tests per week. "We probably should get up to twice that as we get into the next several weeks and I think we will," Fauci said.

"Testing is an important part but it’s not the only part," Fauci said while highlighting the need for identification, isolation, and contact tracing. People don’t want to be "fixated" on a number of tests you need, he said.

But officials want to "have enough to be able to respond to the outbreaks that will inevitable occur as you try and ease your way back into the different phases."

Dominic Raab will step aside as acting Prime Minister, allowing Johnson to make a full return.

Downing Street confirmed that Johnson is "raring to go." 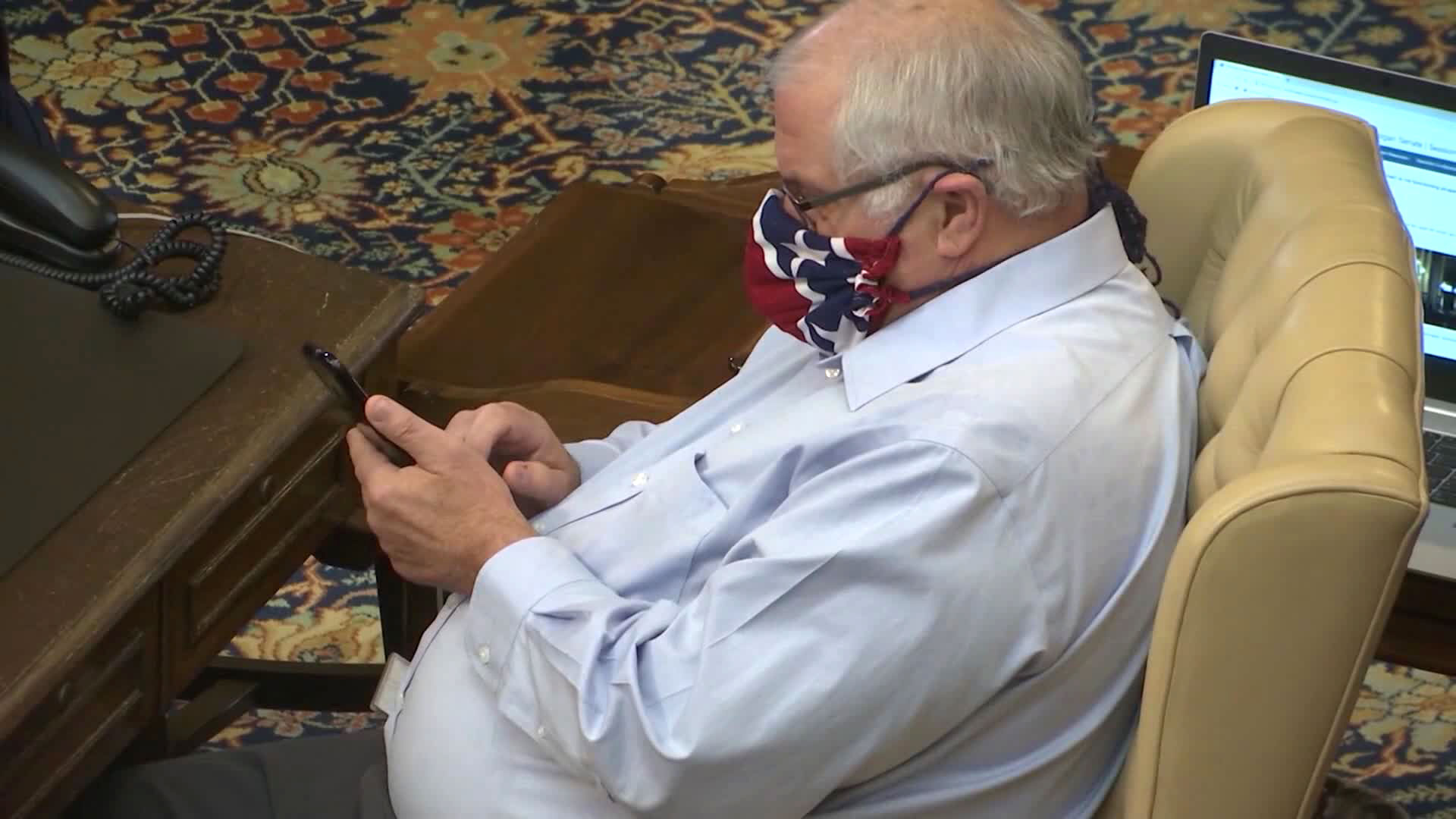 A Michigan state senator is apologizing for wearing a face mask with what appeared to be a Confederate flag pattern.

State Sen. Dale Zorn, a Republican from Ida, apologized in a pair of Twitter posts Saturday for the face mask that he wore on the Michigan Senate floor on Friday.

Zorn, in an interview with CNN affiliate WLNS, said his wife made the face mask for him and it was not a Confederate flag. He said that even if it were a Confederate flag, it represents a part of our history and we should be teaching about the "atrocities that happened during that time" so it doesn't happen again.

He told WLNS the mask was a pattern like that of either the Kentucky or Tennessee flag.

White House economic adviser Larry Kudlow told Fox News host Laura Ingraham Friday night that his friend got a barbershop to open, allowing him to get a haircut.

Ingraham then teased Kudlow and said, "you are special you got a haircut, the rest of us are just, you know, we’re dealing with it."

Barbershops in the Washington, DC, are are closed due to the public health emergency.

"I don’t have much to work with but it looks much better because I wanted to look good on the Laura Ingraham show," Kudlow told Ingraham.

Kudlow went on to say that he did not have a temperature going into the White House on Friday, and tested negative for coronavirus last week. Kudlow is director of the National Economic Council.

As of midnight, there were 4,699 people hospitalized with coronavirus statewide with 1,244 in intensive care units. Of those patients in intensive care, 763 were on ventilators, according to Ezike.

In the last 24 hours, there have been 11,985 tests performed and the state is continuing to ramp up testing efforts, she said.

In a speech on Saturday evening, Spain Prime Minister Pedro Sánchez announced he will present his plan for the "de-escalation phase" in his country next Tuesday.

Sánchez told Spaniards that the country has had a small and modest victory, but there is a still a long way to go before they win the battle against the coronavirus.

Sánchez also announced that if Spain continues to show a favorable evolution of the pandemic, citizens will be allowed to go outside to play sports and walk with family members in early May. The country's health minister will oversee the arrangements and guidance, he said.

The process would be gradual, "asymmetrical" and coordinated, Sánchez emphasized.

"It will depend on the region you live since some regions have been affected more than others," Sánchez said adding that the pandemic has spread unequally across the country.

"Caution and unity should guide us," Sánchez said. "Victory is not close, but we have started to win."

French Prime Minister Edouard Philippe will present the government's plan to ease the country’s confinement measure to the French National Assembly on Tuesday, a spokesperson for the Prime Minister told CNN on Saturday.

Philippe's announcement will be followed by a debate and a vote, the spokesperson said.

French confinement measures implemented on the March 17 are scheduled to be lifted on the May 11.

Last Sunday, Philippe warned that "France will not return to normal for a long time."