Texas Governor Greg Abbott announced the state will begin to reopen Friday, but a Texas judge hopes residents will not take him up on it.

"Just because something can be open doesn't mean it should be open," Dallas County Judge Clay Jenkins told CNN's Erin Burnett on "Burnett Outfront."

"And just because something is open doesn't mean you should go there."

"Now it's time to set a new course, a course that responsibly opens up business in Texas," Abbott said. "We will open in a way that uses safe standards -- safe standards for businesses, for their employees as well as for their customers. Standards based upon data and on doctors."

But Jenkins said the best way to open the state's economy was to keep residents safe -- and that the order went against safest practices advised by scientist and experts.

"What we know is that when you look at other science-based plans, movie theaters are not one of the first things that open," Jenkins said. "And so, I think it's going to be incumbent on the residents here to use good, smart decision-making."

Though Jenkins and local politicians cannot override Abbott's order, the judge said he will look for ways to institute rules to keep residents and employees safe within the reopening.

Some children in the UK have died from a rare inflammatory syndrome that researchers believe could be linked to coronavirus, Health Secretary Matt Hancock said.

“There are some children who have died who didn’t have underlying health conditions,” Hancock told LBC radio.

“It’s a new disease that we think may be caused by coronavirus. We’re not 100% sure because some of the people who got it hadn’t tested positive, so we’re doing a lot of research now. But it is something that we’re worried about.”

Hancock said the National Health Service put out a call over the weekend to hear from doctors who may have seen children with the condition to find out what the situation is.

However he said the number of cases is small.

For more on the illness, read here: 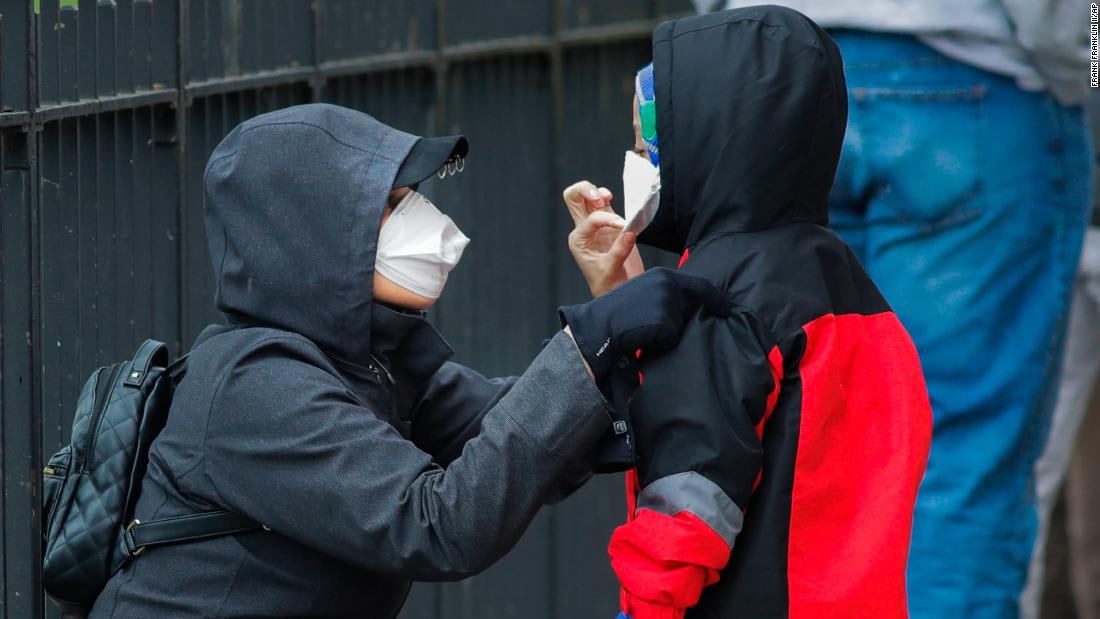 Coronavirus could be tied to a rare but serious illness in children, UK doctors say

Tokyo 2020 President Yoshiro Mori said the rescheduled Games will be canceled if the coronavirus pandemic is not over by next summer, according to an interview published today in Japanese newspaper Nikkan Sports.

Asked by Nikkan Sports about whether the Games would be postponed again if the pandemic was not over by the summer, Mori said: "No. It will be canceled then. The Olympics was canceled in the past for problems like war. We are fighting against an invisible enemy now."

This is the strongest statement on canceling the Olympics from the organization, which had routinely said it was focusing on holding the Games as the outbreak of Covid-19 grew into a pandemic.

The Olympics and Paralympic Games set to be held this summer in Tokyo were rescheduled to start on July 23, 2021.

The son of a British doctor who died from coronavirus has challenged UK Health Secretary Matt Hancock over a lack of personal protective equipment for medical workers.

Abdul Mabud Chowdhury, 53, died earlier this month. In the weeks before he died, he wrote an open letter requesting more PPE for frontline workers.

His son Intisar asked Hancock whether he "regrets" not taking those concerns about PPE more seriously.

Speaking on LBC radio, Hancock replied: "We took very, very seriously what your father said and we’ve been working round the clock to ensure that there’s enough protective equipment."

"In the case of anybody who works in the NHS … and has died from coronavirus, we look into it in each case to find out the reasons -- where they might have caught it and what lessons we can learn."

Asked whether he was willing to acknowledge the mistakes made by the government, Hancock replied: "I think it is important that we’re constantly learning about how to do these things better."

Philippe is set to outline the main rules that will dictate how key areas such as schools, shops, and businesses will move forward as confinement measures are relaxed.

He's also expected to issue new guidance on the testing and isolation of the sick, masks and gatherings.

Since March 17, residents have been ordered to stay at home, only allowed to leave when carrying a form justifying their movements. Allowed outings include shopping for essentials, for essential work, attending a health appointment or going for short outdoor exercise.

French President Emmanuel Macron announced on April 13 that the confinement measures would be relaxed starting May 11, but there are few details as to what will be allowed to reopen in order to restart the economy.

The French prime minister has said it will be a “very long time” until the country is back to normal.

The confinement measures have slowed down the epidemic in France -- with the numbers of new positive cases “plateauing” according to the health ministry.

A coronavirus contact tracing app has been downloaded more than 2 million times since it was launched in Australia on Sunday.

The COVIDSafe app is voluntary. It's designed to help health authorities trace people who may have come into contact with someone who has Covid-19.

"Australians have embraced their part in actions to prevent the spread of coronavirus,” he said.

The app, which uses Bluetooth signals to track when people are close to another app user, has raised privacy concerns.

On Tuesday, health officials slammed a hoax message circulating online that purported to come from COVIDSafe app, claiming to detect when a user has moved from their nominated location.

“The COVIDsafe App has detected you are now +20km from your nominated home address,” the message reads, according to CNN affiliate 7 News.

Health authorities said the app does not collect data on a user's location.

“The COVIDSafe App does not have any geolocation capability, it does not track your location, only the proximity of your phone to other people’s phones that have downloaded the app, and cannot monitor a person’s location at any time," a department of health spokesperson told 7 News.

On Tuesday, Hunt said that it would not be physically or legally possible for any other authorities or nations, such as the US, to access the app's data.

“We have locked this down so completely, so thoroughly with the biosecurity rule, with legislation that is coming, the only people who can access the data are the state and territory health officials,” chief medical officer Brendan Murphy told 7 News.

To sign up, users need to provide their name, mobile number, postcode and select their age range.

US oil prices are still plunging as investors continue to fret about an excess supply of crude at a time when no one wants any.

West Texas Intermediate plummeted more than 14% to $10.95 during Asian trading hours Tuesday, accelerating earlier, dramatic declines. The US benchmark, of oil to be delivered in June, settled at $12.78 a barrel on Monday -- a drop of more than 20%.

The latest crash came as the United States Oil Fund -- a popular fund geared to track the price of oil -- said in a regulatory filing that it would dump its June oil contracts this week and reduce contracts for other upcoming months. Instead, the ETF will buy into longer-term oil contracts.

The announcement was yet another sign of how much the coronavirus pandemic has caused oil demand to evaporate, leaving the world without much room to store barrels of excess supply that aren't being used.

The novel coronavirus has now infected more than 3 million people and killed at least 211,000 worldwide, according to Johns Hopkins University.

Scandinavian Airlines (SAS) said it is laying off up to 5,000 employees because of the coronavirus lowering demand for air travel.

"As a result of COVID-19, demand is expected to be significantly affected during the remainder of 2020 and it will take some years before demand returns to the levels experienced before the outbreak," the airline said in a statement.

"Consequently, SAS needs to adapt the business to a lower demand environment. As a consequence, SAS will initiate processes to reduce the size of its future workforce by up to 5,000 full-time positions."

SAS said it is operating a limited domestic network in Norway and Sweden and expects its important summer season to be much quieter.