Grandparents in Switzerland are now allowed to hug their grandchildren under the age of 10, said the physician behind the country’s coronavirus response.

Daniel Koch, the head of the infectious diseases unit at the Federal Department of Public Health, dropped the restriction after concluding with specialists that children "do not transmit the virus, or if they are infected they are infected by their parents."
He stressed that there "is no danger for grandparents" embracing their grandchildren and emphasized the importance of that contact.

A spokesperson for the Swiss government confirmed to CNN that visits should be brief but are nonetheless "permitted and are even beneficial for the mental well-being of grandparents."

Switzerland began to ease restrictions this week, allowing businesses such as DIY stores, beauty salons and physiotherapy practices to reopen.

Dr. Maria Van Kerkhove, the World Health Organization's technical lead for the coronavirus response, said on Wednesday, "I'm sure many grandparents around the world are dying to hug their children and grandchildren."
She added that although children seem "less affected," there have still been cases of transmission from adults to children and vice versa.

The Spanish economy contracted by 5.2% in the first quarter of the year, mainly due to a sharp decline in March, when coronavirus infections prompted a nationwide state of emergency and lockdown.

This is the largest GDP drop Spain has seen in recent history, significantly deeper that the drop seen at the height of the 2008 financial crisis, when the economy contracted 2.6% in the first quarter of 2009.

The service sector was hardest hit, with cultural businesses like cinemas and theaters especially impacted -- falling 11.2% -- while commerce, transport and hospitality dropped 10.9%.

The quarterly report relies on weekly data from the first three months of the year, with the government-imposed lockdown affecting only the final two weeks of the first quarter.

The national lockdown was extended until May 9 for a total of eight weeks, suggesting the negative impact on the Spanish economy could be even deeper when data for the second quarter is released in the summer.

Russia reported 7,099 new cases of the coronavirus on Thursday -- the country's biggest single-day jump so far.

That brings the national total to 106,498 cases and 1,073 related deaths, according to the country’s coronavirus response headquarters.

This doesn't reflect the number of active cases; of that total figure, 11,619 patients have recovered.

The UK might need to reduce the number of jurors needed for court cases so trials can resume with appropriate social distancing, said Lord Chief Justice Ian Burnett.

“It is going to be necessary to look at more radical measures,” he told the BBC, referring to the possibility that social distancing will last for some time.

“I would support a move to reduce the number of jurors. That was done during the Second World War.”

All new jury trials were suspended last month in response to the coronavirus outbreak. Some existing cases that don’t require a jury have been able to continue through video and phone conferencing.

The UK has recorded at least 166,441 cases of the coronavirus and 26,166 deaths, according to data from Johns Hopkins University.

Singapore recorded 528 new coronavirus cases as of noon local time today, according to the country's Ministry of Health.

That brings the total to 15,641 cases in the Southeast Asian city-state, according to Johns Hopkins University.

The country's cases spiked dramatically at the start of April, and authorities traced the increase to clusters of cases in the dormitories. About 200,000 migrant workers live in 43 dormitories, where cramped conditions and shared facilities make it easy for a highly infectious virus to spread.

The dormitories are now all under lockdown, with nobody in or out. Authorities have taken residents showing symptoms to quarantine, stepped up testing, and are monitoring residents still inside the dorms.

British war veteran Tom Moore, who turns 100 today, has been promoted to honorary colonel in recognition of his efforts to raise money for the UK’s health service.

“His mature wisdom, no-nonsense attitude and humor in adversity make him an inspirational role model to generations young and old,” said Gen. Mark Carleton-Smith, chief of the general staff of the British Army.

Moore has been appointed as the first honorary colonel of the Army Foundation College Harrogate, the UK’s Ministry of Defence said.

The centenarian began a JustGiving fundraiser on April 8, initially hoping to raise £1,000 ($1,245) for NHS Charities Together, which raises funds for UK hospitals and patients. The World War II veteran completed the challenge after walking 10 laps of his garden each day, aided by a walking frame, and raised more than £29 million ($36.1 million).

He then became the oldest person to reach number 1 on the UK’s music chart, by debuting a rendition of "You'll Never Walk Alone" last week.

More than 125,000 birthday cards have been sent to Moore, many from young children across the UK.

The French economy has shrunk by 5.8% in the first quarter compared to the previous quarter -- the biggest drop since the country began recording its quarterly GDP in 1949, said France's national statistics agency, INSEE, on Thursday.

Europe's third-largest economy’s slump is caused mainly by the coronavirus lockdown measures that have been in place since mid-March, according to an estimate released by INSEE.

A way out of lockdown: French Prime Minister Edouard Philippe outlined plans yesterday to gradually ease the country's coronavirus restrictions. France will be divided into red or green zones, depending on their case numbers, testing efficiency and health care capacity. The red zones will face stricter measures, while restrictions will be loosened more in the green zones.

Global energy use has been dealt such a huge blow by the coronavirus pandemic that it's like wiping out demand from all of India, a country of 1.3 billion people and the world's third biggest consumer.

That's according to the International Energy Agency, which said in a new report today that demand for energy could crash 6% this year if lockdowns persist for many months and the economic recovery is slow.

Such a scenario is "increasingly likely," the IEA said, adding that a drop of that scale would be seven times the size of the decline following the 2008 global financial crisis. Demand for electricity is poised to plunge 5% in 2020, the largest fall since the Great Depression.

"This is a historic shock to the entire energy world," Dr. Fatih Birol, executive director of the Paris-based agency, said in a statement. "It is still too early to determine the longer term impacts, but the energy industry that emerges from this crisis will be significantly different from the one that came before." 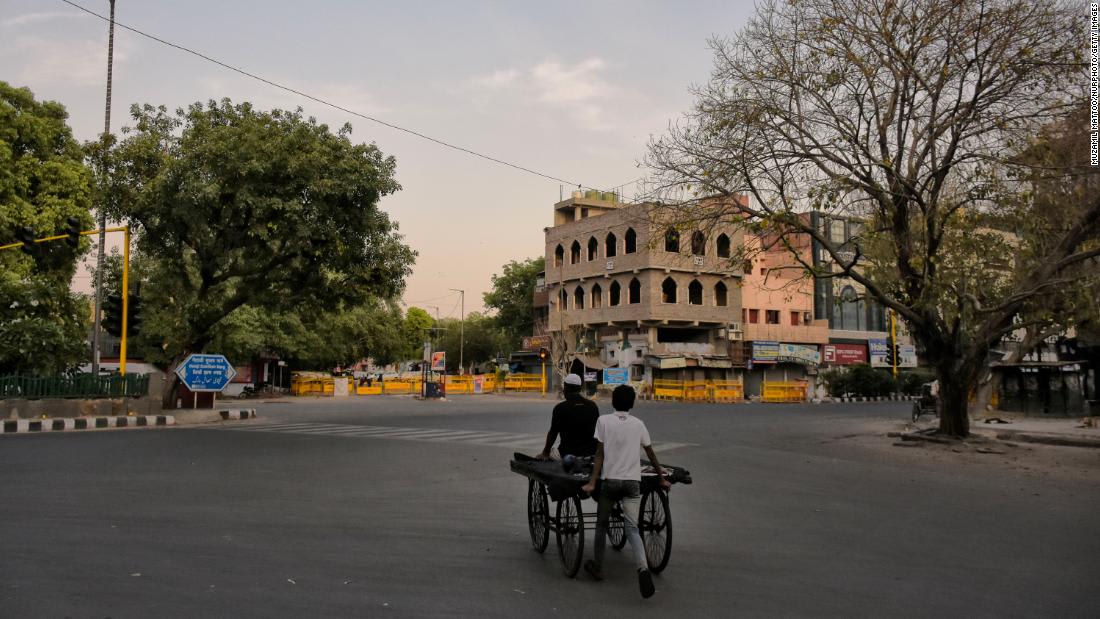 'A historic shock.' It's like India stopped using any energy

Covid-19 has shut down countries worldwide and infected nearly 3.2 million people. If you're just joining us, here are the latest developments from today: