India has been under a nationwide lockdown since March 25 -- and it's set to lift on Sunday.

The lockdown has closed state borders and public transport, allowing only the transit of essential goods like food supplies and medical equipment.

This has also led to other problems, like thousands of migrant workers stranded with no job, no income, and no mode of transportation to get home.

Here's how the lockdown will be lifted:

India has recorded at least 33,050 confirmed coronavirus cases, including 1,074 deaths, according to the Ministry of Health and Family Welfare.

Pakistan confirmed 874 new coronavirus infections in the past 24 hours -- the country's biggest one-day jump in cases so far, according to the Ministry of Health.

That raises the national total to 15,759 cases and 346 deaths, according to the ministry.

Pakistan is currently under a nationwide lockdown, which was extended last weekend to stay in place through May 9.

Tesla and SpaceX CEO Elon Musk is railing against stay-at-home orders meant to slow the coronavirus pandemic, calling them "fascist" and likening them to "forcibly imprisoning people in their homes" during a Tesla earnings call on Wednesday.

"I would call it, 'forcibly imprisoning people in their homes' against all their Constitutional rights, in my opinion, and breaking people's freedoms in ways that are horrible and wrong and not why people came to America or built this country," Musk said. "It's an outrage."

"Give people back their goddamn freedom," he added.

The comments followed a string of tweets early Wednesday morning praising Texas for lifting some of its pandemic restrictions and complaining about continued coronavirus restrictions elsewhere across the country, saying, "FREE AMERICA NOW."

The missive was the latest in a long line of tweets, dating back to late January, downplaying the threat of the pandemic.

"Give people their freedom back," the Tesla founder tweeted Wednesday. He added in another reply: "Yes, reopen with care & appropriate protection, but don't put everyone under de facto house arrest."

They also reflect how one of the world's wealthiest people has sought to leverage his enormous platform -- Musk has 33.4 million Twitter followers -- to influence the course of the pandemic response, sometimes downplaying the threat of the virus and contradicting guidance from government and health officials. 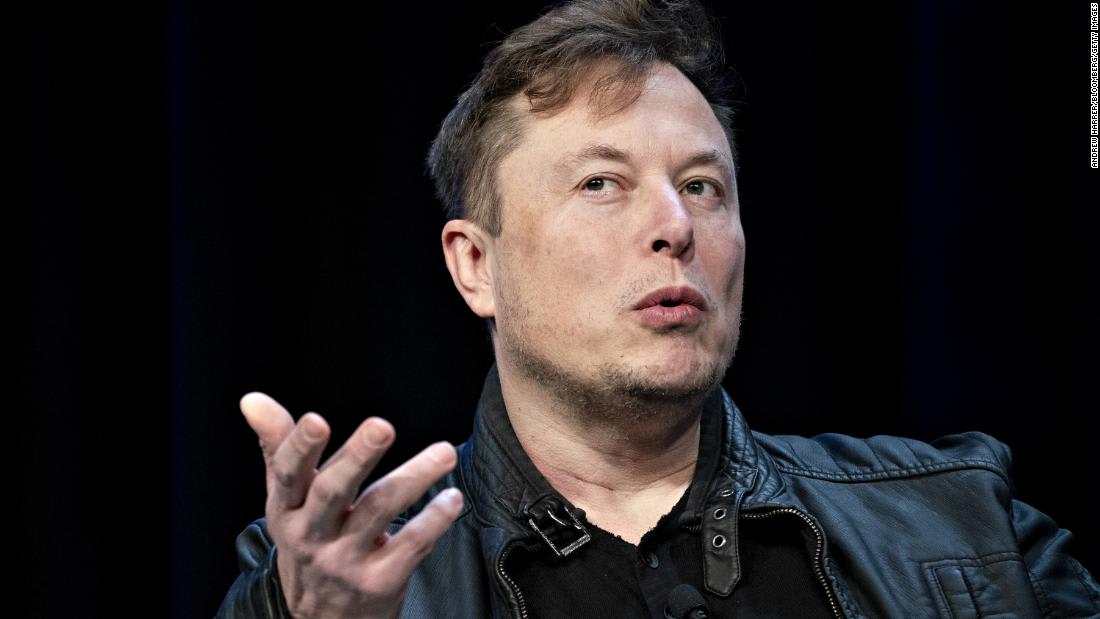 Two people, including a police officer, were injured after a protest by migrant workers turned violent in the Indian city of Hyderabad yesterday.

The protests started after a construction company asked its workers to resume work on Wednesday. The workers refused, saying they hadn't been paid since March and they wanted to go home, said Chandrashekhar Reddy, a senior police official in Telangana state, where Hyderabad is the capital.

Hundreds of thousands of migrant workers work for daily wages at construction sites across the country.

The Indian government has issued exemptions to certain industries to resume work over the past two weeks, amid a nationwide lockdown that is in place through May 3.

The police de-escalated the situation and took the migrant workers to a district official, said Reddy. After the construction company agreed to pay the money owed to the workers, the crowd dispersed.

“We will speak to them (on Thursday) and convince them that they cannot go home and all borders are closed right now,” Reddy added.

Telangana has reported at least 1,012 coronavirus cases and 26 deaths, according to India's Ministry of Health and Family Welfare.

Some of China's most iconic sightseeing attractions are reopening this week after being shut for nearly three months during the pandemic -- but things won't be exactly as they were before.

In Beijing, the Forbidden City, the Summer Palace, the Temple of Heaven and the National Museum of China will all reopen by Friday, several news statements announced.

Many other tourist spots are opening on May 1, the first day of a five-day public holiday in the country.

Most of the tourist spots will require visitors to:

The government is using a color-based digital "health code" system, where QR codes are assigned to citizens as an indicator of their health status.

Several hot spots are opening with limited capacity; the Forbidden City will have a limit of 5,000 visitors per day, drastically lower than the 80,000 limit before it was shut.

The United States has now reported at least 1,039,909 cases of coronavirus and 60,966 related deaths, according to data from Johns Hopkins University.

As states begin to include “probable deaths” in their counts, so will JHU. In the upcoming days, numbers may surge to reflect this change in the counting method.

The totals includes cases from all 50 states, the District of Columbia and other US. territories, as well as repatriated cases and those in the US military, veterans hospitals and federal prisons.

Follow case numbers in the US with CNN's live tracker:

All around the world, people are waiting for the announcement that the coronavirus pandemic is contained and they can return to normal life.

But the Chinese city at the center of the pandemic has shown that normal might still be a long way off.

Despite the lifting of most strict lockdown laws, many stores are still shut, restaurants are restricted to takeaway and even when citizens go outside they still wear protective equipment and try to avoid each other.

The mood on the ground is very different to the official statements. At a news conference on April 8, Luo Ping, an epidemic control official in Wuhan said that some sectors of the city were already back to 100% resumption rate.

But even government-controlled media has suggested that plans to get the city back to 100% production by the end of April might be "too optimistic."

During a recent trip to the city, business owners told CNN that they were struggling with zero profits and huge rents, and experts said that it might take the city's economy months to recover, if not longer.

"In the short term, of course, there's going to be a recovery," said Larry Hu, economist at Macquarie Capital Limited. "Production will recover first and then consumption, because a lot of people are still reluctant to come out ... but from a long-term perspective, from a three-year perspective the virus is still going to hurt the long-term growth of Wuhan." 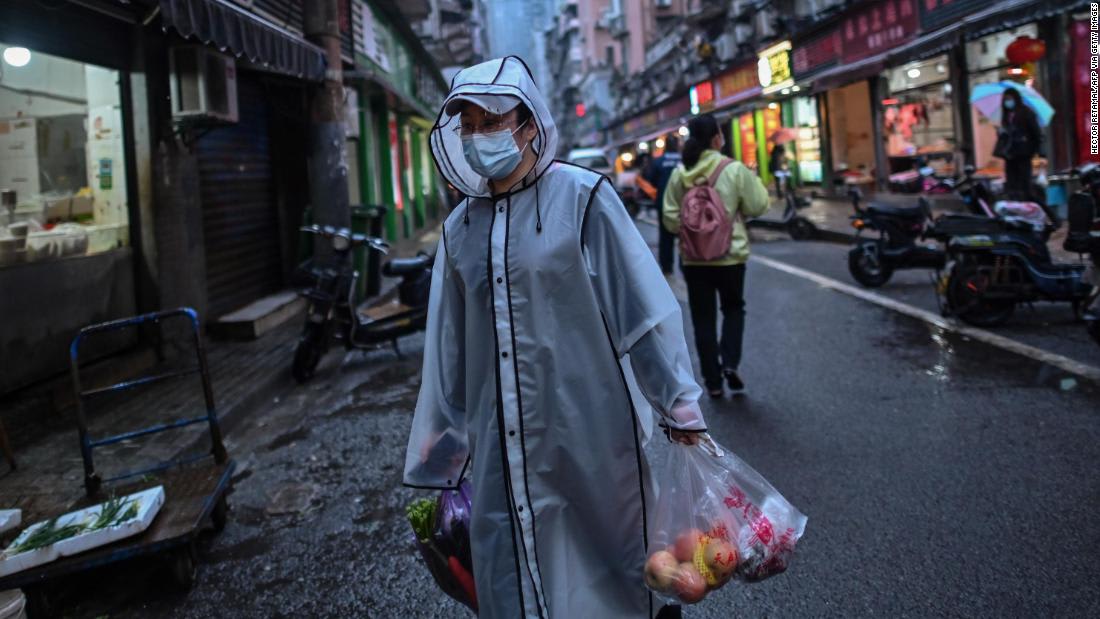 Two ambulance drivers, who drove more than 2,000 miles (3,200 km) across India to bring the body of a young man back to his family during the nationwide lockdown, received a heroes' welcome and were hailed for their kindness.

Hotel management student Vivian Remsanga, 28, died of a heart attack in Chennai. Police were only able to identify his body after they contacted local minority associations who were able to connect them to the man's family, said Michael Lalrinkima, general secretary of the Chennai Mizo Welfare Association.

The association explored several options to bring the body home, including the possibility of arranging a special flight, before they came in contact with two ambulance drivers who said they had done such a trip before and could take the body, Lalrinkima added.

The ambulance was welcomed by locals in Aizawl on Tuesday, clapping for them, including the uncle and cousins of the deceased, according to Lalrinkima.

"Thank you from the bottom of our hearts! You've just shown what every Mizo heartbeat means when it comes to the term "Tlawmngaihna"!" Zoramthanga, the chief minister of Mizoram tweeted on April 28, thanking the ambulance drivers. "Tlawngaihna" loosely translated means to be kind and helpful towards others.

India has been under nationwide lockdown since March 25 due to the coronavirus. The lockdown was originally due to end on April 14, but was extended through May 3.

The Tokyo Olympics are not contingent on the development of a coronavirus vaccine, John Coates, the head of the International Olympic Committee's coordination commission for the Games, said on Wednesday.

His comments came after Tokyo 2020 President Yoshiro Mori said earlier this week that the Games could be canceled if the pandemic is not over by next summer.

Earlier this week, the president of Japan’s Medical Association, Dr. Yoshitake Yokokura, told reporters it will be “difficult to hold the Olympics” without a vaccine for the novel coronavirus.

Japanese Prime Minister Shinzo Abe echoed this on Wednesday, saying it would be "impossible" to hold the Olympics unless the pandemic was contained.