The Tokyo metropolitan government is introducing robot staffers to hotels in the capital where coronavirus patients with mild symptoms are staying.

One semi-humanoid robot dubbed “Pepper” and another autonomous vacuum cleaner robot known as “Whiz” will be taking up their posts in five hotels in Japan's capital.

Both robots are made by Japanese firm SoftBank Robotics.

Since April 17, the Tokyo metropolitan government has moved coronavirus patients with mild symptoms into select hotels in the capital to relieve pressure on hospitals.

But checking into these hotels can be a lonesome experience as patients must register themselves, keep to their rooms, and only go down to the lobby three times a day to pick up their meals at designated time slots.

“Quarantine life in the hotel is very daunting for the patients. I hope the robot can cheer them up and help make their time in the hotel as comfortable as possible," said Nasataka Tsuji, a spokesman from the Tokyo metropolitan government.

Tsuji added that the lobby area had been designated as a "red zone" -- an area with a high risk of infection -- as coronavirus patients pass through it to pick up their daily meals. "Having robots there will improve the safety for the staff who have to work in that area," added Tsuji.

Helping staff: Each hotel is staffed by 15 to 20 city officials, plus one doctor and two to three nurses, who wear full protective gear when walking through the lobby, the corridors and when checking in on each patient.

Greetings and reminders: Pepper is intended to cheer patients and boost morale. The robot reminds patients to check their temperature regularly and repeats phrases like “united in the fight against coronavirus.”

Bringing in the robots: Tokyo officials want to expand the use of robots in hotels used to accommodate coronavirus patients and hope to deploy them on each floor.

Guayaquil is one Ecuador’s hardest hit cities by the coronavirus outbreak.

Some 1,600 tests will be distributed to residents by doctors and the National Police on Thursday and Friday, Viteri announced on Twitter.

She said information collected from the tests will be used “to make the right decisions for the well-being of the city” and to help save lives.

Government officials also took to the Guayaquil streets on Thursday to distribute 4,000 food and sanitation kits.

Earlier this month, Viteri posted a video on Twitter begging the national government to provide assistance, describing the situation in Guayaquil as “worrisome” due to lack of available hospital beds and space in morgues.

Ecuador has reported at least 24,934 confirmed cases and 900 deaths, according to data from Johns Hopkins University.

The US has now recorded at least 1,069,664 cases of coronavirus and 63,006 related deaths, according to data from Johns Hopkins University.

As states begin to include “probable deaths” in their counts, so will JHU. In the upcoming days, numbers may surge to reflect the change in counting method.

The totals includes cases from all 50 states, the District of Columbia and other US territories, as well as repatriated cases and those in the military, veterans hospitals and federal prisons.

The number of coronavirus cases in Qatar is spiking among its foreign worker community, state-run Qatar News Agency reported on Thursday.

The co-chair of Qatar’s National Pandemic Preparedness Committee noted that "the number of cases discovered inside the country, particularly among expatriate workers increased," QNA posted on Twitter.

However, imported cases from travelers have declined, said QNA.

Qatar has reported at least 13,409 coronavirus cases and 10 deaths, according to data from Johns Hopkins University.

For most of this year, China has been living seven weeks in the future.

The world's second largest economy was the first to be hit by the coronavirus outbreak -- and also one of the first to gradually reopen. And as the rest of the world prepares to do the same, companies that were forced to first respond to the outbreak in China are using their early experiences to form a blueprint for other regions.

Here's a look at how the future of business has changed -- and how China is giving us a preview.

The way we work: Companies are starting to think about how to implement social distancing and safer behaviors in the workplace.

For instance, desks can be further spaced out, and sensors could replace the shared surfaces we used to touch; instead of swiping your entry pass to get indoors, for example, you might face a facial recognition camera or pull up a QR code on your phone.

And after months of working from home, the way we communicate at work has also changed, with a boom in demand for enterprise software.

The way we shop: As millions of people hunker down at home, they're being forced to create new routines and lifestyles -- and change their shopping habits.

The way we manage our supply chains: The pandemic saw shortages of materials and critical supplies, and a crisis of worker absenteeism.

That's forcing businesses to rethink how they ship or send out their goods, and may force a reinvention of the global supply chain. The pandemic was "a wake-up call" for many companies, said Alain Benichou, CEO of IBM China. 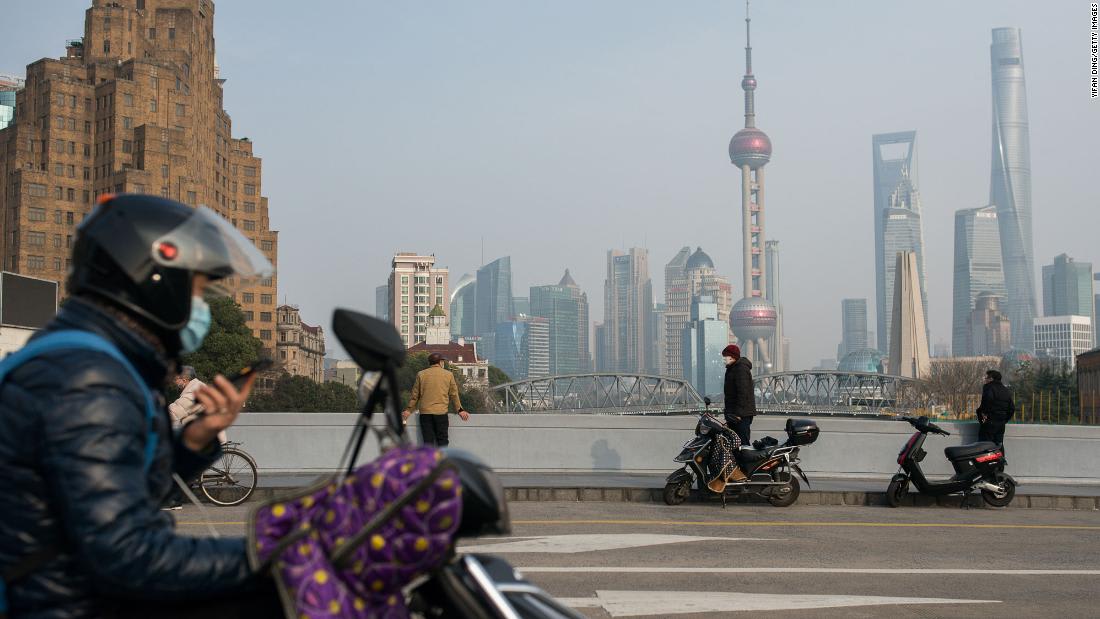 Lessons from China: How global business has changed forever

Seventeen coronavirus patients related to the United States Forces Korea have recovered and been declared virus-free, according to a USFK news release today.

These include the USFK's first confirmed case and its first active duty service member. Others also include civilians, contractors and dependents.

All 17 individuals were cleared from isolation after remaining asymptomatic for seven days, fever-free without the use of medication, passing two consecutive tests with negative results, and being cleared by a medical provider.

Many USFK members were infected in February, when South Korea's case numbers spiked dramatically and authorities scrambled to contain the outbreak.

Yesterday, the country had one local transmission and eight imported cases.

The US has seen 66,000 more deaths so far this year than expected, a possible sign of the coronavirus' impact, according to new estimates published Wednesday by the US Centers for Disease Control and Prevention.

The estimates of what the CDC calls “excess deaths” can give a clearer picture of how many additional people may be dying overall and how many may be dying because of Covid-19.

These numbers can also capture those who didn’t have the illness, but were indirectly impacted by the pandemic -- for example, people who died at home because they didn’t go to the hospital or the people who couldn’t get treatment because the hospital system was overwhelmed.

How they calculated it: The CDC compared historic trends to the number of deaths observed for this year. Weekly counts of deaths from all causes were included, as well as the number of people who died from Covid-19.

Why this matters: Tracking these figures can give a truer sense of the death count from Covid-19. Official Covid-19 death tolls can be inaccurate or misleading: Sometimes Covid-19 won’t be mentioned on a death certificate or a death could be misclassified.

The United States and the world could have done a better job of mitigating the dire impact of the coronavirus pandemic, said Microsoft co-founder and philanthropist Bill Gates.

"If you use January and February properly and did community testing, you didn't have to go through this horrific economic cost," Gates said on CNN's global town hall. "Tools can be developed enough that an epidemic like this one could have been stopped at very small numbers."

In an article he wrote for The New England Journal of Medicine, Gates said it would likely cost billions of dollars in order to be better prepared for a pandemic like this one.

However, he said that compared to the cost of the US defense budget, such an investment would prove frugal.

"For something that's not even 5% of the defense budget, (or even) below that, you can have pandemic preparedness, innovation, stockpiles, simulation that at least for this threat would have been overwhelmingly successful," he said.

At least 1,069,534 cases of coronavirus have been recorded in the United States, including 63,001 deaths, according to Johns Hopkins University.

See CNN's interactive map of cases in the US: