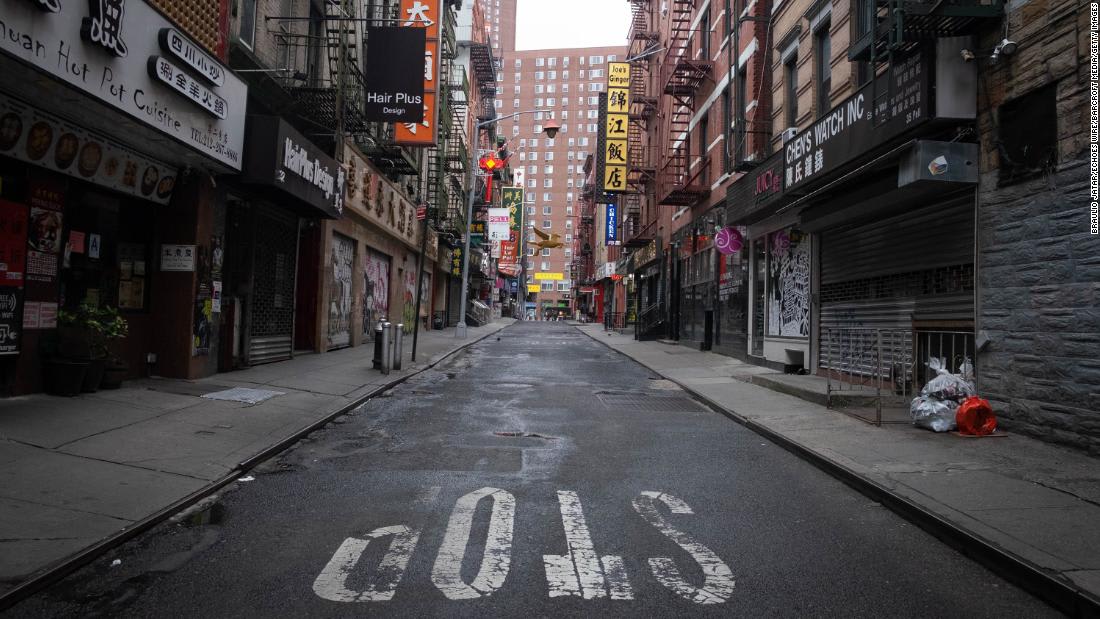 Lufthansa plans to reduce its fleet by around 100 aircraft, leaving the German airline with 10,000 excess staff, its chief executive told shareholders on Friday.

Carsten Spohr said that preliminary figures for the first quarter showed a loss of 1.2 billion euros ($1.3 billion) and warned that the second quarter will be even worse.

We will no longer be able to rule out laying off staff for operational reasons,” said Spohr.

700 of Lufthansa’s roughly 760 aircraft are grounded. The airline, one of the largest in Europe, has had to cancel 3,000 flights a day and is experiencing a 99% decline in passengers, with 80,000 of its staff on reduced working hours.

Lufthansa is in intensive bailout talks with the German government and is negotiating with the governments of Austria and Belgium for help for its subsidiaries Austrian Airlines and Brussels Airlines. Swiss International Air Lines is also part of the group.

“The future of Lufthansa is currently being decided. The question is whether we can avoid bankruptcy with the support of the governments of our four home countries,” said Spohr.

Lufthansa's CEO said it was preparing to spend this summer on the ground and can hope for a proper restart in the autumn at the earliest. “It is going to be a very slow start-up phase and we expect that global demand will only find its new balance in 2023,” he added.

A new collaboration has been announced in the world's quest for a potential vaccine against the novel coronavirus.

Biotechnology company Moderna and Switzerland-based Lonza Ltd. said on Friday that they were agreeing to a 10-year collaboration to manufacture a potential Covid-19 vaccine, mRNA-1273.

Moderna’s Chief Executive Officer Stéphane Bancel said in a news release on Friday that the collaboration would enable the firm to accelerate its manufacturing capacity for mRNA-1273 and other products by a factor of 10.

"Lonza’s global presence and expertise are critical as we scale at unprecedented speed. Our common goal is to potentially enable manufacturing of up to 1 billion doses of mRNA-1273," said Bancel in the release.

The release noted that under the terms of the agreement, the companies plan to establish manufacturing suites at Lonza’s facilities in the United States and Switzerland for the manufacture of the potential vaccine.

In April, Moderna submitted an Investigational New Drug application to the US Food and Drug Administration for Phase 2 and late-stage studies of mRNA-1273 and the company expects to begin the study in the second quarter of 2020, according to its news release.

Moderna isn't the only company with a potential Covid-19 vaccine in the works. The pharmaceutical giant Pfizer is collaborating with the biotechnology company BioNTech to develop a vaccine, which the companies announced on Wednesday could be widely supplied by the end of the year.

Last week, scientists at Oxford University's Jenner Institute announced they would begin testing a vaccine on humans which, depending on the trial results, could be ready as early as September.

Officials say that more than a half-dozen vaccine programs are in the clinical trial phase and more than 80 are in preliminary phases.

Police in the UK, Ireland, Malaysia and Spain have reported instances of drug couriers posing as food delivery workers, while carrying illicit drugs such as cocaine, marijuana, ketamine and ecstasy, according to the international police organization.

In April, police in Spain arrested seven men dressed as food delivery drivers delivering cocaine and marijuana by bicycle, motorcycle and car. The drugs were concealed in the false bottom of a food delivery backpack, the Interpol report said.

In another case in Ireland, officers recovered 8 kilograms (17 ponds) of cocaine as well as two handguns hidden in pizza boxes.

“Delivery riders may be complicit or unwitting links in drug transportation,” it said in a statement. “In cases brought to Interpol’s attention, suspects were sometimes falsely disguised as food delivery drivers. At other times, legitimate food delivery drivers knowingly and willingly delivered drugs on behalf of criminal organisations for financial gain.”

“In one Malaysian case, a food delivery rider in the Gombak district of Kuala Lumpur contacted police and asked for his food package to be inspected after he became suspicious. The rider had been tasked with delivering a single order of Indian flatbread yet the parcel weighed approximately 11 kilograms.”

The British aviation industry is about to experience a “tsunami of job losses” linked to the coronavirus pandemic, said the General Secretary of the British Airline Pilots' Association, Brian Strutton.

Ryanair on Friday announced plans to cut up to 3,000 jobs as it seeks to slash costs.

“We’re now seeing the start of what can best be described as a tsunami of job losses. I expect that all airlines are going to be making similar kinds of announcements now. And we’re going to be seeing an industry in crisis,” Strutton said.

He was critical of the lack of support provided by the UK government.

“The US government has given 25 billion to US airlines. European governments are supporting their airlines. Why isn’t the British government doing the same?”

The UK Department for Transport has previously said that airlines can draw upon an “unprecedented package of measures” including schemes to raise capital and financial support for employees.

Earlier this week, British Airways announced plans to cut up to 12,000 jobs.

When travelers come aboard the Zaandam, a cruise ship in the Holland America Line, they have access to nine levels of elegant lodgings, entertainment and fine dining.

Passengers have enjoyed largely smooth sailings over the past 20 years. But by late March, the vessel had been transformed into an isolation ward, and by the time it finally docked in Florida in early April, four passengers had died, two of whom had been diagnosed with Covid-19.

The Zaandam was one of many ships affected by the global pandemic that brought the cruise industry -- and most of the world -- to a standstill.

The CDC recommended in mid-March that travelers put off any planned cruises and that "No Sail Order" has been extended until further notice or until 100 days pass from the extended order's publication on April 15.

The cruise industry, which the Cruise Lines International Association says was worth $150 billion worldwide in 2018, is now assessing the damage.

In a quarterly report released on April 3, Carnival Corporation, the world's largest travel leisure company, predicted that the coronavirus impact could be grave. Carnival stock dropped over 82% by March 18 from a high in mid-January. Wedbush analyst James Hardiman recently estimated Carnival was burning $500 million in cash reserves each month.

But even as the coronavirus continues to spread, some key industry players are already seeing signs of growth in the coming years. 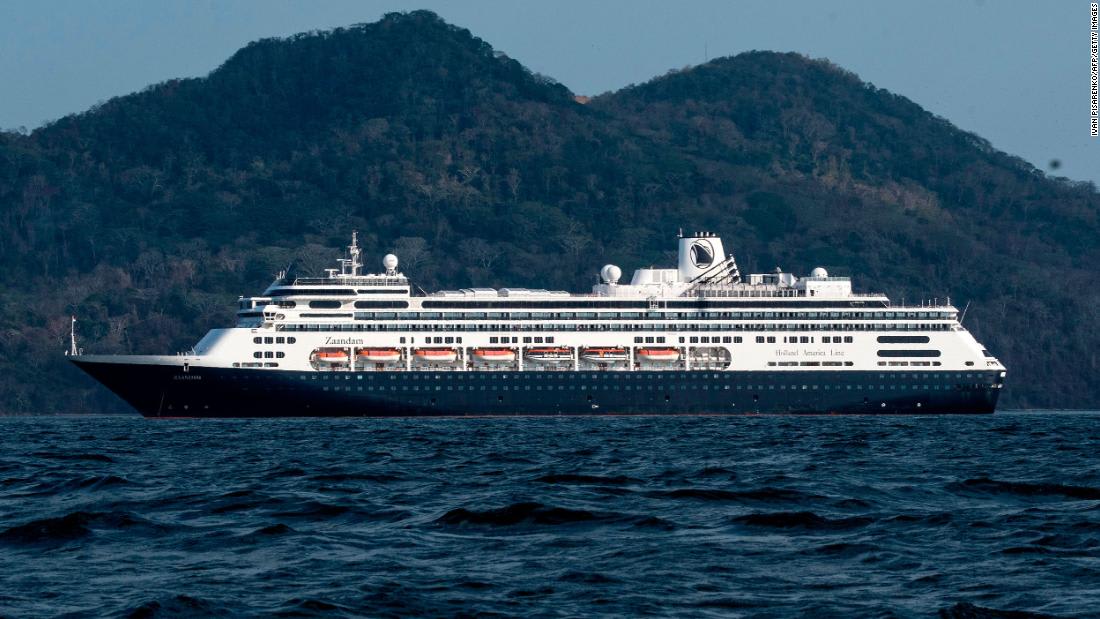 What's in store for the cruise industry?

The new coronavirus is likely to keep spreading for at least another 18 months to two years—until 60% to 70% of the population has been infected, a team of longstanding pandemic experts predicted in a report released Thursday.

They recommended that the US prepare for a worst-case scenario that includes a second big wave of coronavirus infections in the fall and winter. Even in a best-case scenario, people will continue to die from the virus, they predicted.

"This thing's not going to stop until it infects 60 to 70% of people," Mike Osterholm, who directs the Center for Infectious Disease Research and Policy (CIDRAP) at the University of Minnesota, told CNN. "The idea that this is going to be done soon defies microbiology."

Osterholm has been writing about the risk of pandemics for 20 years and has advised several presidents and wrote the report along with several epidemiologists and a historian.

Because Covid-19 is new, no one has any immunity, they said.

The length of the pandemic will likely be 18 to 24 months, as herd immunity gradually develops in the human population," they wrote.

Their predictions are different from models presented by groups such as the Institute for Health Metrics and Evaluation (IHME) at the University of Washington and Imperial College London, whose report predicting millions of deaths in the US and UK helped galvanize responses by both governments.

The CIDRAP-led team used those reports, historical data on past pandemics, and published reports about the medical details of Covid-19 to put together their forecast. 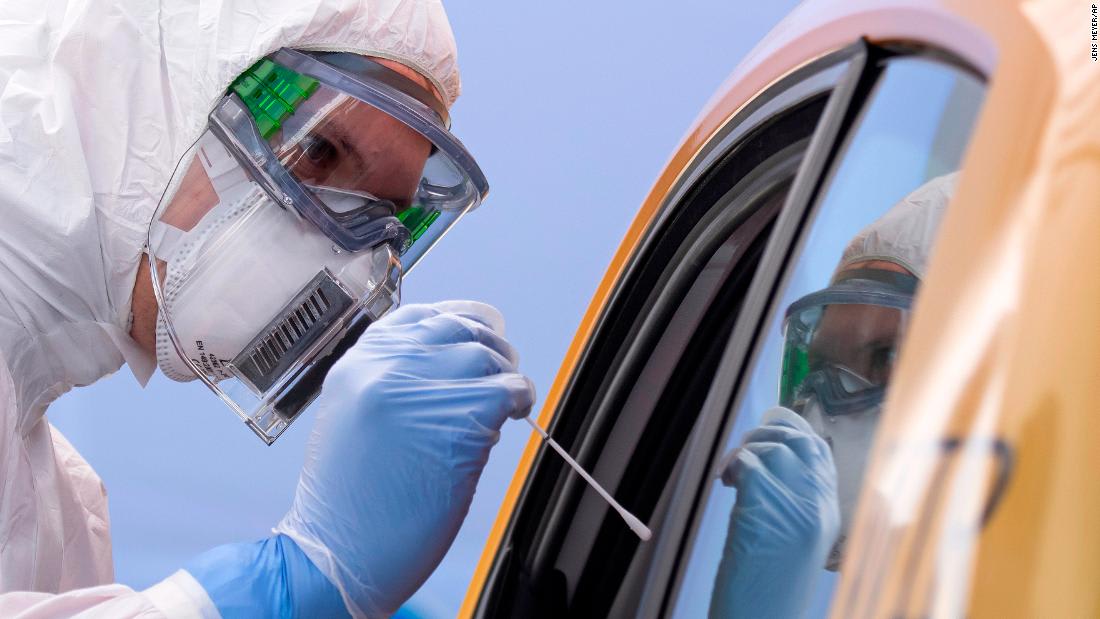 Heathrow’s expansion plans – which include a third runway – will be delayed by at least two years because of the effect coronavirus is having on the aviation sector, the airport says.

In a market update released on Friday, the airport also acknowledged that continuing legal challenges could delay the project.

“It’s the last thing on my mind at the moment,” Heathrow CEO John Holland-Kaye told Sky News when asked about the expansion plans.

The airport said it expects passenger numbers will have been down by 97% in April because of travel restrictions linked to the pandemic.

Holland-Kaye said it was likely that there would be new health checks at airports when flights resume.

We will (probably) see some kind of health screening as you go into the terminal – maybe a thermal scanner. We’ll see probably passengers wearing surgical masks,” he said.

“I don’t think we’ll see social distancing in that phase within an airport. The reason for that is that it’s impossible to socially distance in any form of public transport," he added.

China’s Hubei province will lower its coronavirus emergency response level from the highest level starting on May 2, according to Yang Yunyan, the vice governor of Hubei.

Hubei province, which was hardest hit by Covid-19 and is home to the city of Wuhan, will move from the province’s highest designation of “level one” to “level two,” out of a four-tier system.

We have basically curbed the spread of the epidemic.”

This, along with a strict lockdown and fast treatment of patients, has allowed Hubei to lower the emergency response level for the first time since January 24, he added.

Yang encouraged Hubei residents “to stay at home as much as possible and avoid gatherings with other people” while health officials continue to carry out “targeted efforts in the community.”

He said that the government's focus will now shift to controlling “domestic rebound and imported cases” and monitoring “large workplaces and key groups of people.”