New Zealand has reported no new coronavirus cases for the second consecutive day.

The country's number of probable and confirmed cases fell to 1,486 yesterday after a probable case was reclassified as negative, according to the country's Director-General of Health, Dr. Ashley Bloomfield.

Some 1,302 people have recovered from the virus, according to Bloomfield.

The country's total number of confirmed cases is 1,137, including 20 deaths. 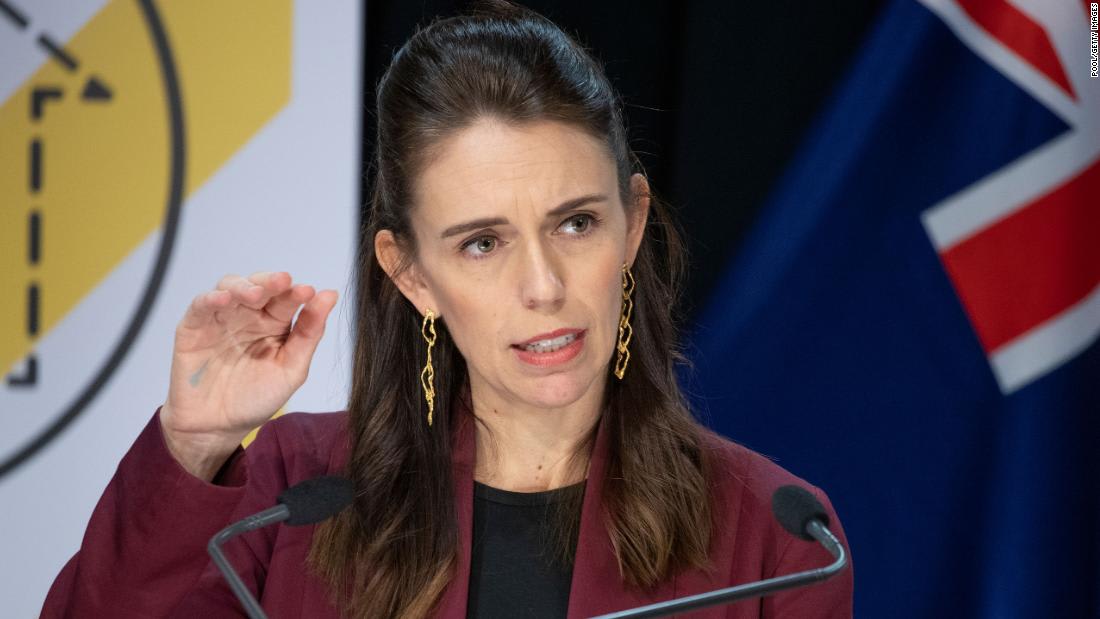 New Zealand says it has 'eliminated' the virus. Here's how the country did it

The United States Food and Drug Administration said Monday it had warned two websites to stop selling drugs that they falsely claimed would treat coronavirus infections.

There’s currently no approved drug or treatment for coronavirus, although the FDA has given emergency use authorization (EUA) to the infused drug remdesivir, made by Gilead Sciences. EUA doesn’t require the full approval process.

But the FDA says there are many websites offering unproven and unauthorized treatments for the virus. It warned two of them -- Foxroids.com and Antroids.com. The two sites, which are similar, were offering HIV and influenza drugs for treating coronavirus, the FDA said.

Lopinavir and ritonavir are sold to treat HIV. They were tested against Covid-19, but were found to be ineffective in March.

Both also offered oseltamivir, approved to treat influenza and usually sold under the brand name Tamiflu, as a treatment for Covid-19. Tamiflu maker Roche said the drug is also ineffective against the coronavirus.

The two sites, which also offer drugs such as steroids for online sale, appear to have removed their coronavirus offerings after the FDA warning. Neither immediately answered emails from CNN.

The United States Food and Drug Administration said Monday it had authorized the first new Covid-19 antibody test that had independent validation from the federal government.

The test, made by New Jersey-based EUROIMMUN US Inc., looks for antibodies to the novel coronavirus to see if people have been infected and recovered.

“The testing was performed at the Frederick National Laboratory for Cancer Research, a Federally Funded Research and Development Center (FFRDC) sponsored by the National Institutes of Health’s (NIH) National Cancer Institute (NCI),” the FDA said in a statement.

What is an antibody test?: Antibody tests look for evidence that someone has been infected with a virus, usually in the past. They can be used to see how many people in the population have been infected, even if they did not show symptoms. The tests could also reveal if people develop any kind of lasting immunity to the virus.

Antibody tests are different from the tests usually used to detect current infections. Those tests look for evidence of the virus itself in a patient.

Questions over inaccuracy: Public health experts have complained that most of the antibody tests now on the market are inaccurate. Even a test that claims to have 95% accuracy can miss up to half of the cases if the virus is not very common in the population being tested.

“The product is intended for use as an aid in identifying individuals with an adaptive immune response to SARS-CoV-2, indicating recent or prior infection,” the FDA said in a letter to EUROIMMUN.

A total of 1,180,332 coronavirus cases have been recorded in the United States, including at least 68,920 deaths, according to Johns Hopkins University.

China's National Health Commission recorded one newly confirmed coronavirus case in Shanghai and 15 new asymptomatic cases, according to a statement released on Tuesday.

No deaths and no new suspected cases were recorded on Monday, according to the NHC.

The Shanghai case was classified as imported, while the 15 new asymptomatic infections were local cases.

In total, China has officially reported 82,881 confirmed cases. A total of 77,853 cases have been discharged.

A total of 4,633 people have died after contracting the virus in mainland China.

The number of deaths from the novel coronavirus worldwide has surpassed a quarter of a million, according to a tally of cases by Johns Hopkins University.

An influential coronavirus model often cited by the White House is now forecasting that 134,000 people will die of Covid-19 in the United States, nearly double its previous prediction.

The model, from the Institute for Health Metrics and Evaluation at the University of Washington, had predicted 72,433 deaths as of Monday morning.

Relatedly, a Trump administration model projects a rise in coronavirus cases and deaths in the weeks ahead, up to about 3,000 daily deaths in the US by June 1, according to an internal document obtained by The New York Times. Over the past week, about 2,000 people died daily in the US, according to data from Johns Hopkins University.

Why the increase? The sharp increases in the two models are tied to relaxed social distancing and increased mobility in the US. States across the country -- including Florida, Colorado, Indiana, Nebraska and South Carolina -- have eased restrictions in an attempt to revive a sputtering economy and calm restless residents.

IHME director Dr. Christopher Murray told CNN's Wolf Blitzer that other factors included states adding presumptive coronavirus deaths to their statistics and the rising number of cases in some meatpacking plants in the country.

He said states have to balance their actions.

"I think the challenge for us all is to figure out what's the trajectory of relaxing social distancing on a measured pace that will protect us from big increases or even a full-scale resurgence," he told CNN.

The risk of reopening: The projections make clear that these reopenings come with fatal risks.

"It's simple logic," CNN's senior medical correspondent Elizabeth Cohen said. "When you tell people, 'Hey, you can go to bars, you can get your nails done, you can go to a restaurant,' those numbers are going to go up."

The novel coronavirus's incubation period -- or the time from exposure to developing symptoms -- ranges from two to 14 days, according to the CDC, and the virus can even spread among people who show no symptoms at all. With widespread testing still limited, the consequences of these reopenings may not be evident for several weeks. 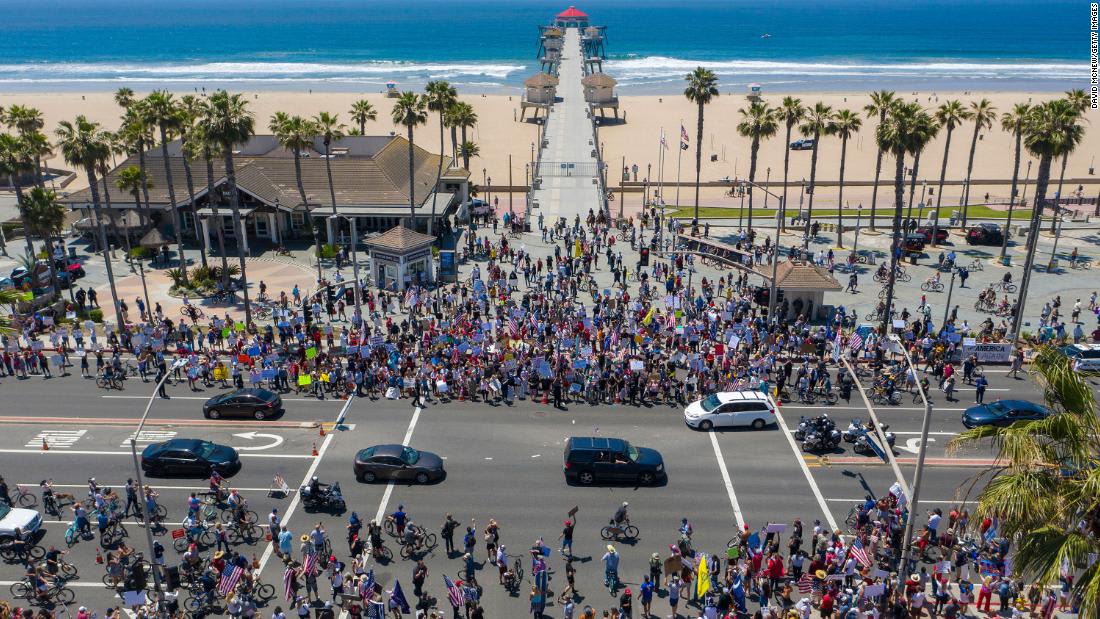 Intelligence shared among Five Eyes nations indicates it is "highly unlikely" that the coronavirus outbreak was spread as a result of an an accident in a laboratory but rather originated in a Chinese market, according to two Western officials who cited an intelligence assessment that appears to contradict claims by US President Donald Trump and Secretary of State Mike Pompeo.

"We think it's highly unlikely it was an accident," a Western diplomatic official with knowledge of the intelligence said. "It is highly likely it was naturally occurring and that the human infection was from natural human and animal interaction."

The countries in the Five Eyes intelligence-sharing coalition are coalescing around this assessment, the official said, and a second official, from a Five Eyes country, concurred with it. The US has yet to make a formal assessment public.

Not certain: A third source, also from a Five Eyes nation, told CNN that the level of certainty being expressed by Pompeo and Trump is way out in front of where the current Five Eyes assessment is. This source acknowledged that there is still a possibility that the virus originated from a laboratory, but cautioned there is nothing to make that a legitimate theory yet.

The source added that "clearly the market is where it exploded from," but how the virus got to the market remains unclear.

But without greater cooperation and transparency from the Chinese it's impossible to say with total certainty, the first official added.

What is the Five Eyes? The Five Eyes alliance is made up of the United States, United Kingdom, Canada, Australia and New Zealand -- and the countries share a broad range of intelligence in one of the world's tightest multilateral arrangements.

The third source said it is also possible the US is not sharing all of its intelligence. While the overwhelming majority is shared among the Five Eyes members, there are pockets of information that each country keeps to itself.

The assessment follows repeated claims by Trump and Pompeo that there is evidence the virus originated at the Wuhan Institute of Virology.

"I can tell you that there is a significant amount of evidence that this came from that laboratory in Wuhan," Pompeo told ABC News on Sunday. 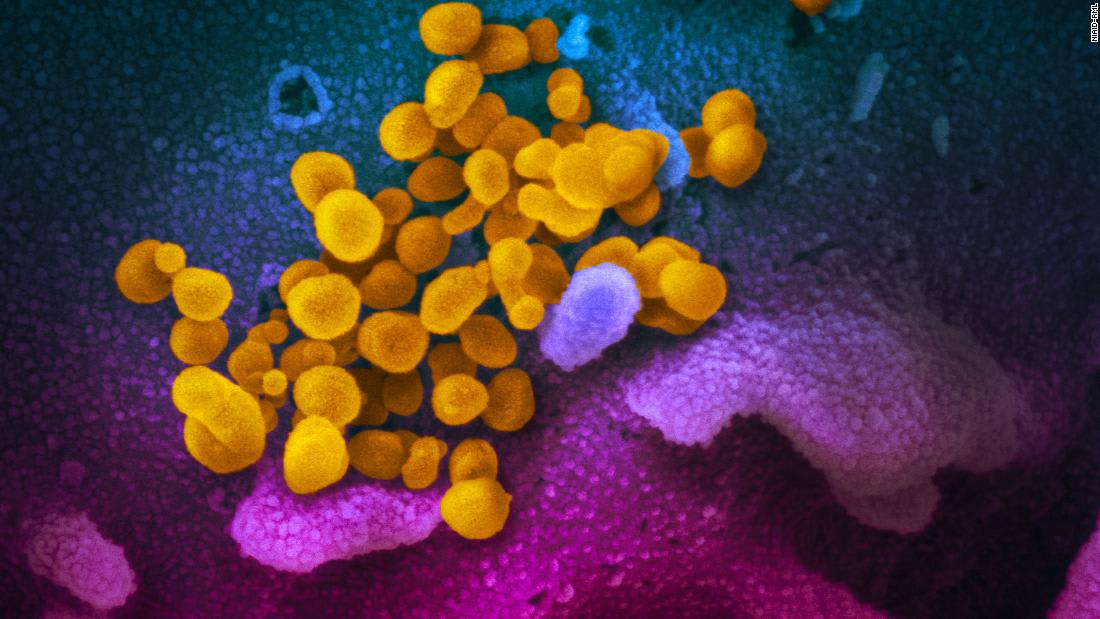 World leaders have pledged a total of $8 billion for the development and deployment of diagnostics, treatments and vaccines against the novel coronavirus.

The donations came flooding in during a virtual pledging conference on Monday, co-hosted by the European Union, Canada, France, Germany, Italy, Japan, Saudi Arabia, Norway, Spain and the UK. The US did not participate.

European Commission President Ursula von der Leyen said, “Today the world showed extraordinary unity for the common good. Governments and global health organizations joined forces against coronavirus. With such commitment, we are on track for developing, producing and deploying a vaccine for all. However, this is only the beginning. We need to sustain the effort and to stand ready to contribute more. The pledging marathon will continue."

Here's what some of the leaders are promising:

Australia pledged $352 million Australian dollars, which is about $226 million.

South Africa said it would pledge $1.3 million and raise a further $61 million from member states of the African Union. Israel promised to invest $60 million in the effort to respond to the pandemic.

Serbia announced a contribution of $2.18 million, Slovenia $33.6 million, and the Czech Republic announced a joint pledge with Poland, Hungary and Slovakia of $3.27 million.

Other countries such as the UAE, Oman, Turkey, Monaco and China also promised to contribute to the efforts against Covid-19 without mentioning an amount.