More than 7,000 people in Germany have now died of symptoms related to the novel coronavirus, according the country's center for disease control.

Data released Wednesday showed 123 new deaths from Covid-19, bringing the total number to 7,119, according to the Robert Koch Institute.

The institute also recorded an increase in new infections of 1,284, while 2,500 recovered from the disease in the same time frame.

On Wednesday, German Chancellor Angela Merkel declared that Germany had made it through the first phase of the pandemic and announced an easing of the restrictions put in place to stop the spread of the virus.

Japan is set to fast-track approval for the experimental antiviral drug remdesivir as a treatment for coronavirus patients.

Japanese health minister Katsunobu Kato said on Tuesday that a panel of experts would meet Thursday so that the drug’s approval could be completed as soon as possible.

In Japan, the approval process for an experimental drug usually takes up to a year, but given the urgency of the situation, officials are shortening that time period to a week, according to public broadcaster NHK.

Only drugs that have been approved by other countries can be fast-tracked for use in Japan, NHK reported.

Remdesivir, made by US-based Gilead Sciences, was tested against Ebola -- but with little success.

China's exports ticked up 3.5% in April compared to a year earlier in US dollar terms, according to customs data released by Beijing on Thursday.

That was much stronger than expected: Analysts polled by Refinitiv expected a 15.7% decline. The increase also reversed March's 6.6% drop.

Last month's boost might have been aided by a backlog of orders that were cleared as factories reopened from coronavirus lockdown measures, according to Julian Evans-Pritchard, senior China economist for Capital Economics. Business was shut down for a significant chunk of the first quarter as the virus forced China's economy to a near-halt.

Evans-Pritchard warned in a Thursday research note, though, that the uptick likely won't last.

Exporters are "unlikely to be immune from the sharp slowdown in global activity for long,” he said.

Imports for April, meanwhile, were weak as the rest of the world contended with the pandemic. Data showed Thursday that imports fell 14.2% in April, worse than the 11.2% decline that analysts surveyed by Refinitiv expected. Imports fell 0.9% in March.

The sharp deterioration in activity among China’s key trade partners will probably result in much weaker exports in May, according to Evans-Pritchard.

Meanwhile, the threat of additional US tariffs on Chinese goods shouldn’t be ignored, he said. Trade tensions are once again brewing: US President Donald Trump hinted late last week that the United States could punish China with new tariffs because of the coronavirus outbreak.

US President Donald Trump declared Wednesday his coronavirus task force would continue "indefinitely" a day after he and Vice President Mike Pence said they were phasing out the health-focused panel in favor of a group focused on reopening the economy.

Trump, who said the panel would adopt a new focus on vaccines, is also considering naming an administration point person on treatment and vaccine efforts, according to people familiar with the matter.

And Jared Kushner, the President's son-in-law and senior adviser, continues to play a central role in the White House's response effort, including on vaccines, despite questions about the efficacy of his attempts to source badly needed supplies.

According to Pence's public schedule, the task force was slated to meet at 4 p.m. ET on Wednesday. A few hours earlier, Trump explained his retreat on phasing out the panel.

"I thought we could wind it down sooner. But I had no idea how popular the task force is until, actually, yesterday when I started talking about winding it down," Trump said in the Oval Office, where he was meeting with nurses. "I get calls from very respected people saying, 'I think it would be better to keep it going, it's done such a good job.' "
"It's a respected task force. I know it myself," he added. "I didn't know whether or not it was appreciated by the public but it is appreciated by the public." 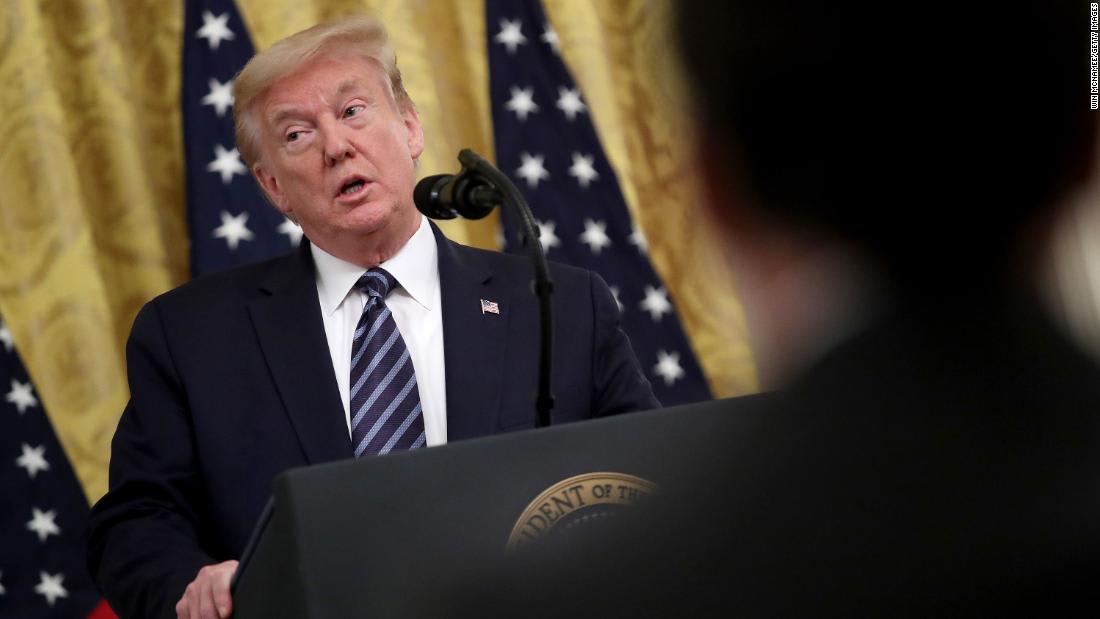 Two customers shot two McDonald's employees in Oklahoma City on Wednesday after they were told to leave the store's dining area due to coronavirus restrictions, police said.

The suspects got angry and took out a gun when they were asked to leave, Oklahoma City Police Lt. Michelle Henderson said.

Two workers were shot and a third was injured, Henderson said, during "the melee that ensued." Police told CNN affiliate KOCO that one of the victims was shot in the leg while the other was shot in the shoulder. Both injuries are considered non life-threatening, the affiliate reported.

Police at the scene also said a female employee sustained cuts to her head, KOCO reported.

The two suspects then fled and were apprehended nearby, Henderson added.

The incident is one of several protests from residents across the country responding to restrictions in place to combat the virus. In Michigan, a Family Dollar store security guard was shot after telling a customer to wear a face mask -- a mandate in place by the state for all retail stores.

Blood thinning drugs could help save some patients who are the most severely affected by the novel coronavirus, doctors reported Wednesday.

The findings from a team at Mount Sinai Hospital in New York could help with a troubling problem that has shocked and horrified doctors treating coronavirus patients around the world -- blood clots throughout the body that complicate an already hard-to-treat disease.

The team now says it is running experiments to see which anticoagulants may work best, and at which doses.

"The patients who received anticoagulants did better than those who didn't," said Dr. Valentin Fuster, director of Mount Sinai Heart and physician-in-chief of Mount Sinai Hospital.
"This has implications already. People, I believe, should treat these patients with antithrombotics," he added.

The findings are not clear enough yet to make solid recommendations. The team noted that patients who were already severely ill were more likely to be given the blood thinners. 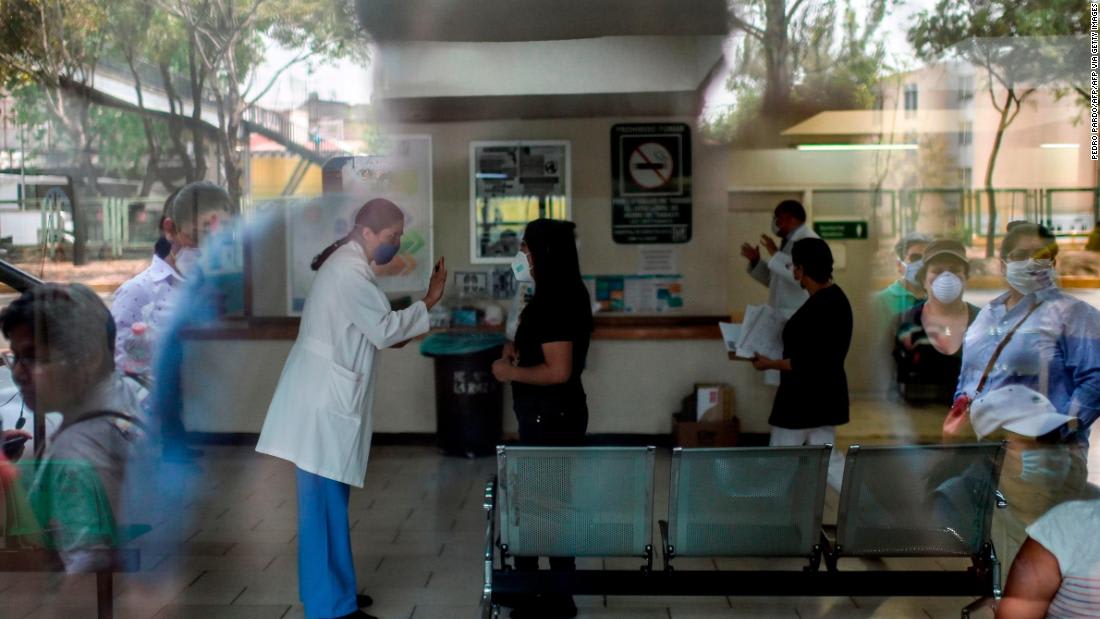 US Secretary of State Mike Pompeo said the United States does not have certainty about the origin of the coronavirus pandemic, despite claiming over the weekend there was "enormous evidence" the virus originated in a Chinese lab.

Although he conceded he couldn't be certain, Pompeo continued to push his lab claim, countering the leading theory among intelligence experts and international analysts that the virus came into human contact at a wet market.

Assessments circulated among US intelligence-sharing allies have posited that it is "highly unlikely" the virus originated in a lab. The US intelligence community has said it is looking into both possibilities.

In an interview on Fox Business later Wednesday evening, Pompeo doubled down on his claim that he had "seen evidence that this likely came from the Wuhan Institute of Virology," but added that he'd be "happy to see evidence that disproves that."

The top US diplomat has maintained an aggressive line of attack on China's handling of the virus as the Trump administration looks to deflect blame for its response to the disease that has now killed more than 73,000 Americans and stalled the economy in the crucial months before the presidential election.

Pompeo also insisted there was no contradiction between his position and comments by other senior US officials who have cast doubt on his theory.

"We don't have certainty," Pompeo said at a news conference at the State Department Wednesday. "And there is significant evidence that this came from the laboratory. Those statements can both be true. I've made them both. Administration officials have made them. They're all true," he said. 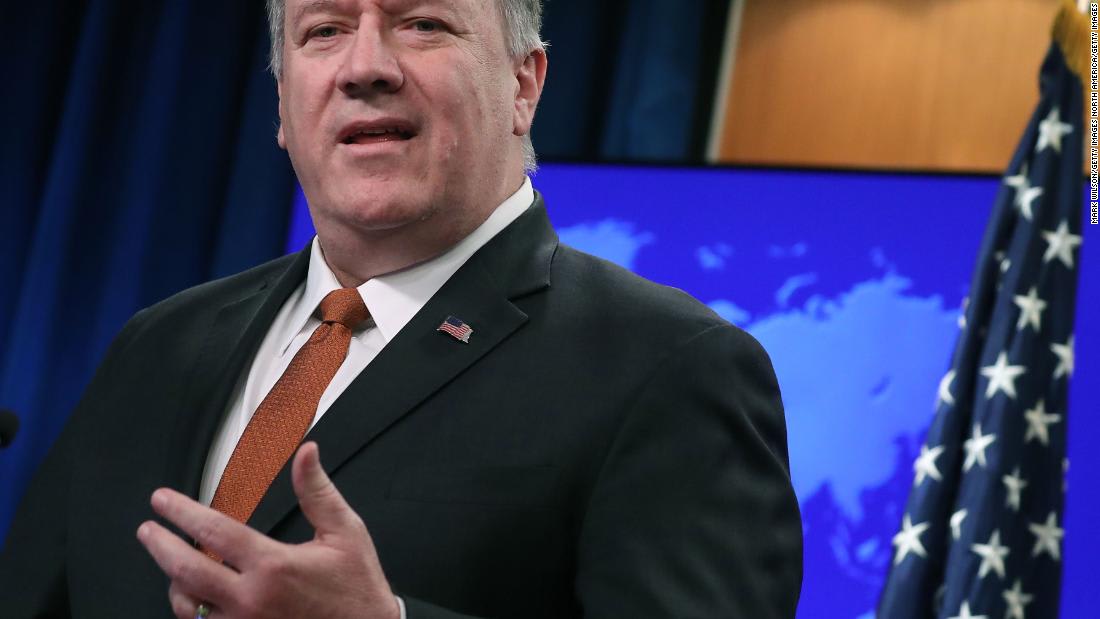 A total of 24,252 new coronavirus cases and 2,367 deaths were reported in the United States on Wednesday, according to Johns Hopkins University.