As many as 75,000 Americans could die because of drug or alcohol misuse and suicide as a result of the coronavirus pandemic, according to an analysis conducted by the national public health group Well Being Trust.

The growing unemployment crisis, economic downturns and stress caused by isolation and lack of a definitive end date for the pandemic could significantly increase so-called “deaths of despair” unless local, state and federal authorities take action, the group says in a new report released Friday.

“Unless we get comprehensive federal, state, and local resources behind improving access to high-quality mental health treatments and community supports, I worry we’re likely to see things get far worse when it comes to substance misuse and suicide,” Well Being Trust’s chief strategy officer Dr. Benjamin F. Miller said.

The Well Being trust released maps showing state and county level projections of these types of deaths, based on data from past years, due to Covid-19’s impact on unemployment, isolation and uncertainty.

The group is calling for a robust approach from local, state and federal officials and agencies to help those who lose their jobs because of the pandemic to find work.

What happened in 2008: Deaths from both suicide and drug overdoses rose along with unemployment during the 2008 recession. Unemployment went from 4.6% in 2007 to a peak of 10% in October 2009 and declined steadily, reaching 3.5% in early 2010, according to the group.

White House economic adviser Kevin Hassett said on Tuesday he expects the US unemployment rate was above 16% in April, “My guess right now is it’s going to be north of 16%, maybe as high as 20%,” he said.

Australian Prime Minister Scott Morrison today outlined a three-point plan to reopen the economy and society -- and hopes to have it completed by July.

Morrison held up a board detailing the plan, saying that states and territories would be allowed to adhere to it at their own pace.

The prime minister said the government will work to better define steps two and three when authorities get closer to implementing them. He said the plan would be reviewed every three weeks, according to CNN affiliate Nine News Australia.

Here are the steps Morrison outlined during his news conference:

"The next step beyond this will be to build confidence and momentum that will see our economy get back up and running and get Australians back up on their feet and moving ahead with confidence," Morrison said. 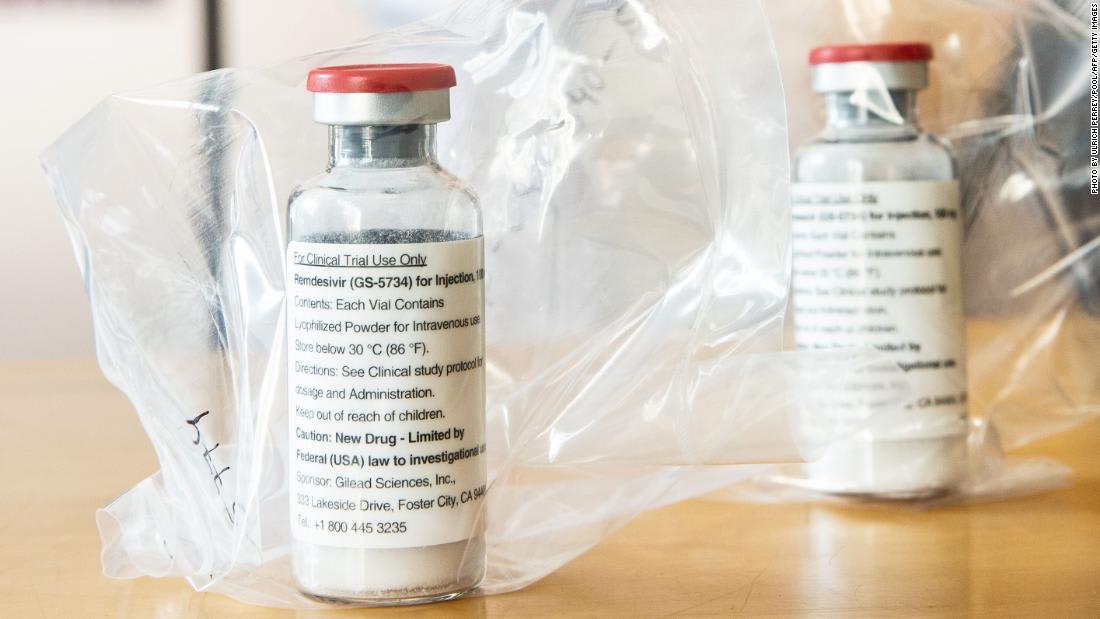 Top officials from the United States and China spoke over the phone Monday morning in Beijing to discuss the first phase of the trade deal the countries agreed to earlier this year.

Chinese Vice Premier Liu He spoke with US Trade Representative Robert Lighthizer, his counterpart during negotiations, and Secretary of the Treasury Steve Mnuchin.

The Chinese Commerce Ministry said in a statement the two sides agreed to "work together to create a beneficial environment for carrying out Phase 1 trade deal."

They also agreed to "strengthen cooperation" on issues of macroeconomics and public health.

When Flavio Ramos was wheeled into the hospital room, he was gasping for air and slipping in and out of consciousness. So it was his son, Arturo, who first noticed the bodies.

Two corpses laid unattended on the tile floor. By the next morning, the body count in the room rose to three. Flavio Ramos was dead.

More than a month later, his family still hasn't buried Flavio Ramos. They couldn't if they tried. Because soon after his death, Arturo Ramos says hospital authorities lost the body.

"We need a place to say, on Sunday let's go to put flowers on the tomb of my father," his heartbroken son said. "There is nothing, there is nothing you can do."

Flavio Ramos, 55, is yet another Covid-19 victim in Guayaquil, Ecuador, the site of one of the world's worst coronavirus outbreaks.

His death and disappearance illustrate how the healthcare system in Ecuador's second-largest city, roughly the size of Chicago, collapsed within a matter of weeks after the outbreak exploded in March. 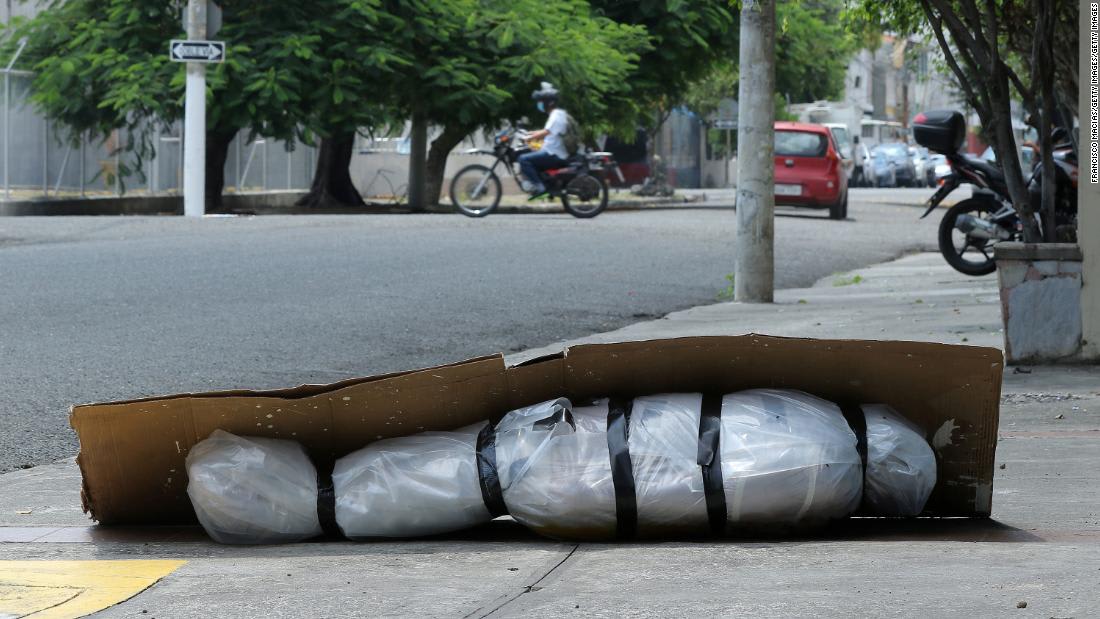 Where are the bodies? Missing remains mean no peace for grieving families in Ecuador

The coronavirus that causes Covid-19 can persist in men’s semen even after they have begun to recover, a finding that raises the possibility the virus could be sexually transmitted, Chinese researchers said Thursday.

A team at Shangqiu Municipal Hospital tested 38 male patients treated there at the height of the pandemic in China, in January and February.

“We found that SARS-CoV-2 can be present in the semen of patients with COVID-19, and SARS-CoV-2 may still be detected in the semen of recovering patients,” Diangeng Li of the Chinese People’s Liberation Army General Hospital in Beijing and colleagues wrote.
“Even if the virus cannot replicate in the male reproductive system, it may persist, possibly resulting from the privileged immunity of testes,” the team added. Privileged immunity means the immune system cannot fully reach the region to attack viral invaders.

Why this finding isn't terribly surprising: Many viruses can live in the male reproductive tract. Ebola and Zika virus were both found to spread in semen, sometimes months after a male patient had recovered.

But it’s not yet clear if coronavirus can spread this way. Finding evidence of virus does not necessarily mean it’s infectious.

“If it could be proved that SARS-CoV-2 can be transmitted sexually in future studies, sexual transmission might be a critical part of the prevention of transmission,” the team wrote.

“Abstinence or condom use might be considered as preventive means for these patients. In addition, it is worth noting that there is a need for studies monitoring fetal development. Therefore, to avoid contact with the patient’s saliva and blood may not be enough, since the survival of SARS-CoV-2 in a recovering patient’s semen maintains the likelihood to infect others.”

The Australian Border Force (ABF) seized more than 6,000 tablets of the anti-malarial drug hydroxychloroquine at the border, according to a statement from the agency.

Hydroxychloroquine is a prescription-only drug used in the treatment of malaria and certain auto-immune diseases, but the drug has come to light since the start of the Covid-19 pandemic as a possible treatment for the virus.

US President Donald Trump has famously touted the drug. However, it has yet to be proven as a successful treatment.

“ABF officers are on the lookout for consignments of this drug, along with all other prohibited imports and exports. Anyone considering further unauthorized imports will be wasting their money,” ABF Acting Commander Susan Drennan said in a statement.
“Whether its individuals wanting to self-prescribe, or criminals aiming to sell the drug on the black market, our officers have the technology, skills and innovative processes to detect and disrupt their illegal importations of pharmaceuticals such as this.”

China's National Health Commission on Friday reported only one new locally transmitted coronavirus cases and no additional deaths related to the virus.

The commission reported 16 new asymptomatic cases. No deaths have been reported in China since April 15.

Here's the breakdown of the latest numbers from Beijing: