White House economic adviser Kevin Hassett admitted that working in the West Wing can be risky for his health.

Hassett told CNN on Sunday he has been tested repeatedly with the last one happening Saturday and so far has tested negative for Covid-19.

He said he did not have close contact with Katie Miller, Vice President Mike Pence’s press secretary, who tested positive on Friday.

Several top medical officials of the administration are now self-quarantining because they had close contact with her last week.

“There was an emergency. They called me back in, and I built a giant data operation to help everybody track the ventilators and things like that. And I knew when I was going back in that I would be taking risks, that I would be safer sitting at home in my house than going into a West Wing that with even all the testing in the world and the best medical team on Earth, it's a relatively cramped place,” Hassett said.

Hassett, who had left a job in the White House for the private sector and became a CNN commentator, went back to work for the administration in March.

He told CNN that when he came back into the administration he was setting up a data operation in the basement of the White House “interacting constantly with people who were going to and from FEMA.”

He added some people “caught Covid at FEMA.”

“So we've all been exposing ourselves to risks, under the best guidance we could possibly have to keep us safe, but we're willing to take that chance because we love our country. There are things that have to happen in the West Wing even if the building is a little old and under-ventilated,” he said. “I absolutely have a mask in my pocket. I could wave it at you right now, and I practice social distancing, I wear a mask when I feel it's appropriate and so on."

White House Economic Adviser Kevin Hassett said a new emergency relief bill that would provide funding to state and local governments might not be passed right away.

He said the White House wants to learn more about what is going on in the economy as money from previous relief bills is still being distributed.

"I think that it's just premature, given that the $9 trillion of aid that passed in the last three phases, given that that is still out there and there's still a bunch of it that's going to be delivered over the next month, we think we have the luxury of a moment to learn about what's going on so the next step we take can be prudent," Hassett told CNN on Sunday.

But he said that while a phase four deal might be on the back burner for now, President Trump would sign the right package.

"Of course if we go to a phase four deal, I think President Trump has signaled that while he doesn't want to bail out the states, he's willing to help cover some of the unexpected Covid expenses that might have come their way," Hassett said.

Some context: Capitol Hill has passed nearly $3 trillion in funding across several packages in response to the coronavirus already, including $150 billion for state and local governments.

The problem is because there are specific guidelines on what this money has to be used for, local governments can't use it for things they need most, like basic operational costs, such as paying police and firefighters, for example.

Democrats such as House Speaker Nancy Pelosi of California have suggested that state and local governments could need as much as an additional $1 trillion in aid, but Republicans are wary about passing another huge relief bill.

Trump said on Friday that the White House is “in no rush” to pass additional stimulus funds in response to coronavirus.

Elderly people in Turkey were allowed out of their house on Sunday for the first time in 49 days.

The older Turkey citizens have been confined to their homes since March 21 when the government announced a lockdown for people over the age of 65 as a part of measures to combat the coronavirus pandemic.

They were allowed out for four hours between 11 a.m. and 3 p.m. local time today during a general weekend lockdown that prohibits all but essential workers from going out.

Turkey has opted for an age-specific lockdowns, banning people over the age 65 and below the age of 20 from leaving their homes.

People over 65 years of age were seen in parks, coastal roads and in outdoor exercise areas.

Some context: Turkey will slowly start lifting restrictions on Monday. Hairdressers and barbers will begin providing services with new measures as well as limited reopening of malls.

Police arrested 10 people, including two protest organizers, Sunday outside Melbourne's Parliament House during a planned protest against Australia's coronavirus response efforts, according to a statement obtained by CNN from Victoria Police.

The Victoria Police stated that protesters were in "direct contravention of the chief health officer’s current directives" regarding large gatherings and social distancing.

Three protesters were charged with assaulting a police officer, and one officer was taken to hospital for an apparent "rib injury."

The police will continue to investigate the incident to identify those in attendance with the intention of issuing additional fines, the statement added.

Secret Service agents who are part of the President’s protective detail were seen Saturday evening wearing masks in the Cabinet Room.

There are 11 Secret Service employees who currently have Covid-19, a congressional source confirmed to CNN.

Yahoo News, which first reported the figure basing it on a Department of Homeland Security document, also said 60 employees are self-quarantining. This is a small fraction of the 7,600 Secret Service employees who work for the agency in posts worldwide.

A Secret Service spokesperson refused to confirm how many currently have tested positive, would not say where those employees worked nor specify how many are agents.

Although states are starting to reopen, people still need to wear a mask and practice physical distancing to prevent a "backlash," Dr. Thomas File, the president of the Infectious Diseases Society of America, said.

"We still have to use the personal practices that have led us to the present state now where we're starting to at least, you know, flatten the curve," he told CNN on Sunday.

He said state leaders have to acknowledge the pandemic has had a "significant impact on both public health and the economy."

File said it is going to be important to take measures to reopen states safety to avoid making the economic situation worse.

In a statement, Moscow Mayor Sergey Sobyanin said the blaze occurred at City Clinical Hospital No. 50.

“The fire was quickly extinguished,” he said. “All patients are evacuated and will be transported to other hospitals. Unfortunately, there were some casualties. According to preliminary data, one of the patients died. I express condolences to their family and friends.”

Sobyanin said the causes of the fire would be investigated. Russian state news agency TASS, citing preliminary data, said the fire in an intensive care unit was caused by the malfunction of medical equipment. Five people were saved from the burning ward and 200 were evacuated elsewhere, TASS said.

TASS, citing emergency services, said the fire broke out in a unit with coronavirus patients on Saturday evening.

Pope Francis has called on European leaders to act in the spirit of “agreement and collaboration” in the face of the global coronavirus pandemic.

His made his comments during his weekly Sunday Angelus, in which he marked the 70th anniversary of the Schuman declaration, on which the initial framework for European Union was founded.

“To Europe, on the occasion of the 70th anniversary of the Schuman declaration ... it inspired the process of European integration which allowed for the reconciliation of the people of the continent after the Second World War, and the long period of stability and peace from which we benefit today,” the Pope said.

“The spirit of Schuman’s declaration should not stop inspiring those who are responsible in the European Union, who are called on to face, in the spirit of agreement and collaboration, the economic and social consequences created by the pandemic."

European officials were widely criticized for lacking a unified response in the initial months of the outbreak in the region. 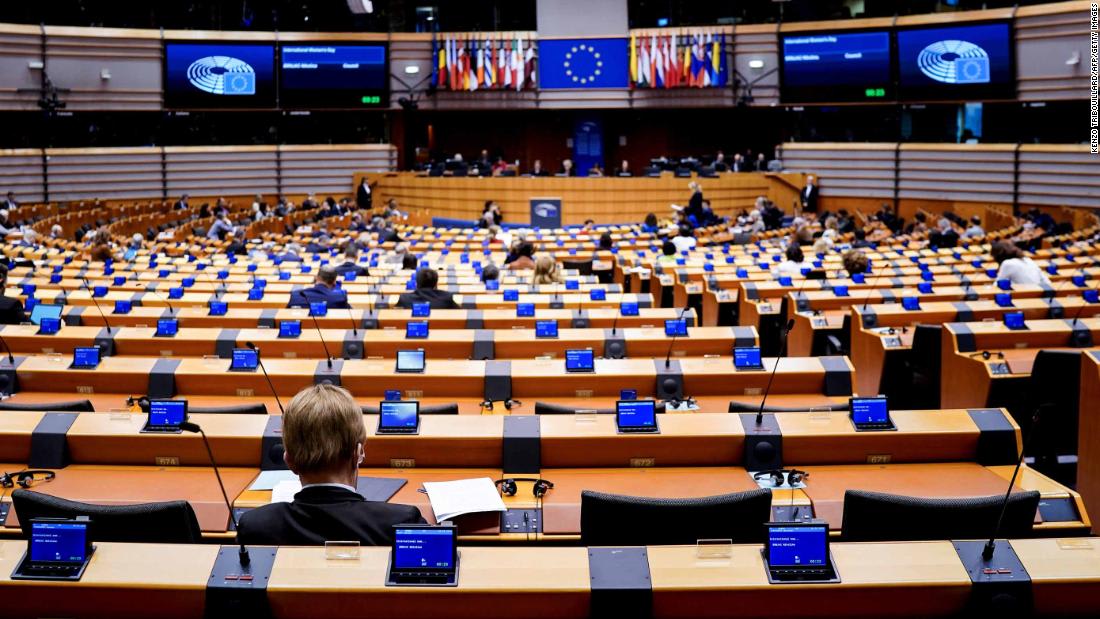 Alec Baldwin being stuck at home didn't stop him from playing President Donald Trump one last time this season.

The season finale of NBC's "Saturday Night Live," which took place remotely, opened with Baldwin's Trump acting as the keynote speaker for this year's graduating class of seniors.

"Hello, everyone, I'm Principal O'Grady. Welcome to the St. Mary Magdalene By The Expressway class of 2020 virtual graduation," Kate McKinnon said to a zoom conference of the entire class playing students. "I know this isn't how you expected your high school career to come to an end, but we're all making sacrifices. I have had to share my child's Adderall with him."

McKinnon's principal told the class that she tried to get the class's preferred speakers of former President Barack Obama and former first lady Michelle Obama, but they said no as did the next five choices.

"So I moved on to your eighth choice, receiving one vote, President Donald Trump," she said.