A 28-year-old sumo wrestler died of complications from coronavirus on Wednesday, according to Japan’s Sumo Association.

Shobushi -- real name Kiyotaka Suetake -- died from multiple organ failures caused by pneumonia, and was the first person in the sport to succumb to the virus.

The wrestler belonged to the Takadagawa stable and competed in sumo's seventh division. There are eleven divisions in all.

Shobushi was admitted to hospital on April 8 after he developed a fever on April 4. He had been in intensive care since April 19, but his condition deteriorated.

"He fought tenaciously against the disease, enduring the pain and suffering for more than a month like a sumo wrestler. We hope he will rest in peace now. We are very grateful to everyone in the medical institutes who treated him with utmost care," said Japan's Sumo Association in a statement on Wednesday.

Last month, Takadagawa's stable master also tested positive for coronavirus. So far, six members of the sumo association have been diagnosed with the virus.

The Sumo Association held its annual March tournament without spectators after the Japanese government requested the cancellation of large sports events.

Earlier this month, the sumo association canceled the Summer Grand Sumo Tournament and changed the venue of its July 2020 tournament. It will now take place at Tokyo’s Ryogoku Kokugikan behind closed doors.

The border between Austria and Germany will start to gradually reopen from Friday, the Austrian tourism ministry said today.

A spokesman for the ministry said the chancellors of the two countries agreed to reopen the border for day-trippers and commuters in a first step towards full normalization.

The second step would see a full reopening on June 15, taking into account coronavirus numbers at the time, the spokesman said.

US Secretary of State Mike Pompeo posted pictures of himself wearing a red, white and blue face mask after touching down at Ben Gurion Airport in Tel Aviv on Wednesday.

"Glad to be in Israel to coordinate with (Israeli leaders) on countering two critical threats: Covid-19 and Iran," Pompeo said on his official Twitter page.

A memo went out to White House staffers on Monday saying it is now required for all staffers entering the West Wing to wear a face covering, a source familiar told CNN. Several Trump administration staff have tested positive for coronavirus in recent days.

School is out for an early summer for most US kids -- and discouraging signs about the spread of coronavirus are starting to cloud hopes of a return to class in the fall.

Despite pressure from US President Donald Trump for a swift resumption of lessons, forecasts of higher than expected death tolls and a stubborn plateau of infections are already threatening the 2020-21 academic year in the worst affected regions.

Since the return of kids to school will be one of the most tangible signs that the country is getting back to normal -- and will begin to make significant steps towards economic recovery -- the issue has a strong emotional as well as societal dimension.

While many states have expressed a firm desire to get going in August, the California State University system announced Tuesday that almost all of its classes would be conducted remotely in the fall semester. And the University of California said it was likely none of its campuses would fully reopen in the fall either. The moves highlight how schools with thousands of students are potential Covid-19 hotspots and also face concerns that students may struggle to travel to campus.

One of Trump's top coronavirus task force advisers, Dr. Anthony Fauci, told a Senate committee it would be a "bridge too far" for colleges to expect a vaccine or widely available treatment to be ready by the time students return to campuses. 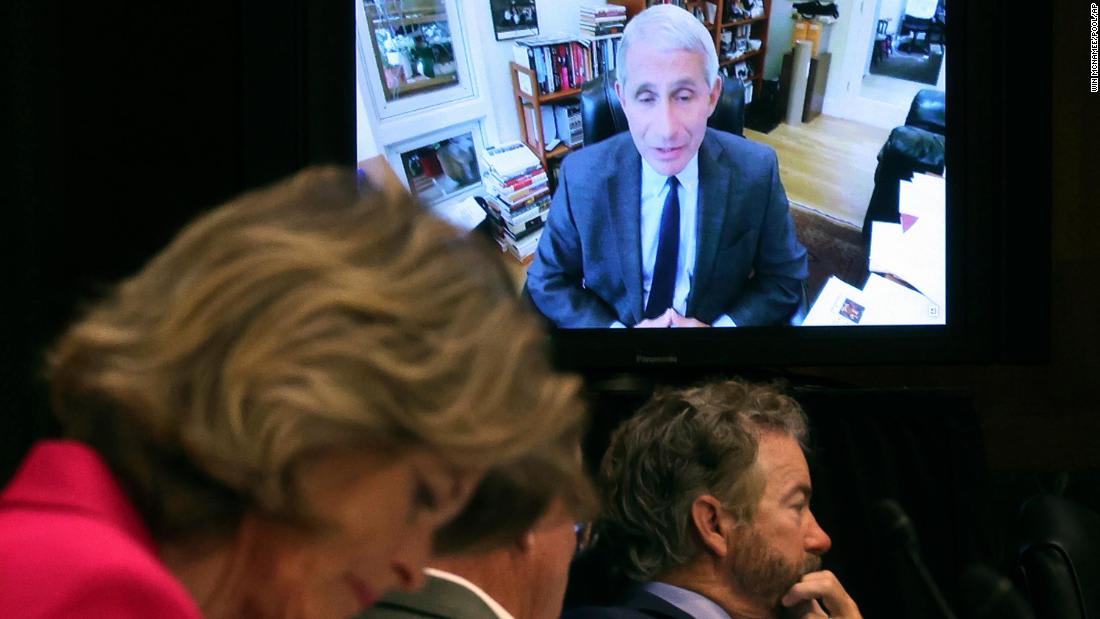 Britain's economy contracted by 2% in the first quarter of 2020, compared to the fourth quarter of 2019, according to GDP data released on Wednesday by the UK’s Office for National Statistics.

“This release captures the first direct effects of the coronavirus (COVID-19) pandemic and the government measures taken to reduce the transmission of the virus,” the ONS said.

The UK’s GDP contracted by 5.8% in March alone, the biggest monthly fall since the data series began in 1997, the ONS said.

The Calgary Zoo in Canada is sending two giant pandas back to China due to a shortage of bamboo.

The zoo said in a statement that it usually flies in bamboo from China to feed the animals, but the Covid-19 pandemic had disrupted flights and caused delays in supplies.

The duo, named Er Shun and Da Mao, were supposed to stay in Canada until 2023 as part of a 10-year agreement with China, but the zoo decided to send them back early out of concern that delays could worsen if there's a second wave of coronavirus cases.

A panda's diet consists almost entirely of fresh bamboo, the Calgary Zoo said, and the animals typically eat about 40 kilograms (88 pounds) of it each day.

Much of the bamboo Er Shun and Da Mao ate before the pandemic was flown in directly to Calgary from China, but those flights have been canceled.

The zoo said it tried to find new bamboo suppliers to keep the pandas fed, but encountered several logistical issues. They also worry that these new supply lines could be disrupted at a moment's notice, leaving the pandas completely without food.

"We believe the best and safest place for Er Shun and Da Mao to be during these challenging and unprecedented times is where bamboo is abundant and easy to access," the president and CEO of the Calgary Zoo, Dr. Clément Lanthier, said in a statement.
"This was an incredibly difficult decision to make but the health and well-being of the animals we love and care for always comes first."

Pakistan reported another highest daily rise in coronavirus cases with 2,255 new infections recorded in the past 24 hours, according to the country's health ministry.

The country instituted a phased reopening from lockdown on Saturday.

The total number of cases in Pakistan now stands at 34,336, with 737 deaths recorded as a result of the virus.

Germany's reproduction rate for the novel coronavirus has dipped back below the key threshold of 1, the country's center for disease control said today.

The so-called R0 had been above 1 for three consecutive days -- a sign the disease may have been expanding rather than being pushed back.

"The decline in new infections which we have seen in the past weeks is flattening and may be reaching a plateau,” the Robert Koch Institute wrote in its daily data brief.

Germany continues to deal with several larger scale outbreaks in meat processing plants and retirement homes as the country eases restrictions to combat the pandemic.

In January this year, Kerala became the first Indian state to report a coronavirus case. Now, four months later, it claims it has flattened the curve.

Although India has been under a strict nationwide lockdown since late March, cases have continued to rise -- the country of 1.3 billion has reported more than 74,000 cases, including over 2,400 deaths.

But Kerala, a thin strip on the country's southern coast, has appeared to buck that trend.

Although Kerala has a population of around 36 million -- almost as big as Canada -- it has reported just 519 cases and four deaths. As of Saturday, it had only 16 active cases, according to the state's finance minister, Thomas Isaac.

For comparison, Maharashtra, the worst-affected state in India, has reported more than 23,000 cases, including at least 860 deaths.

Experts say part of Kerala's success is thanks to swift action and learning from past disease outbreaks. But Kerala also shows how disparate India is -- and how much a person's chances against the virus depend on where in the country they live. 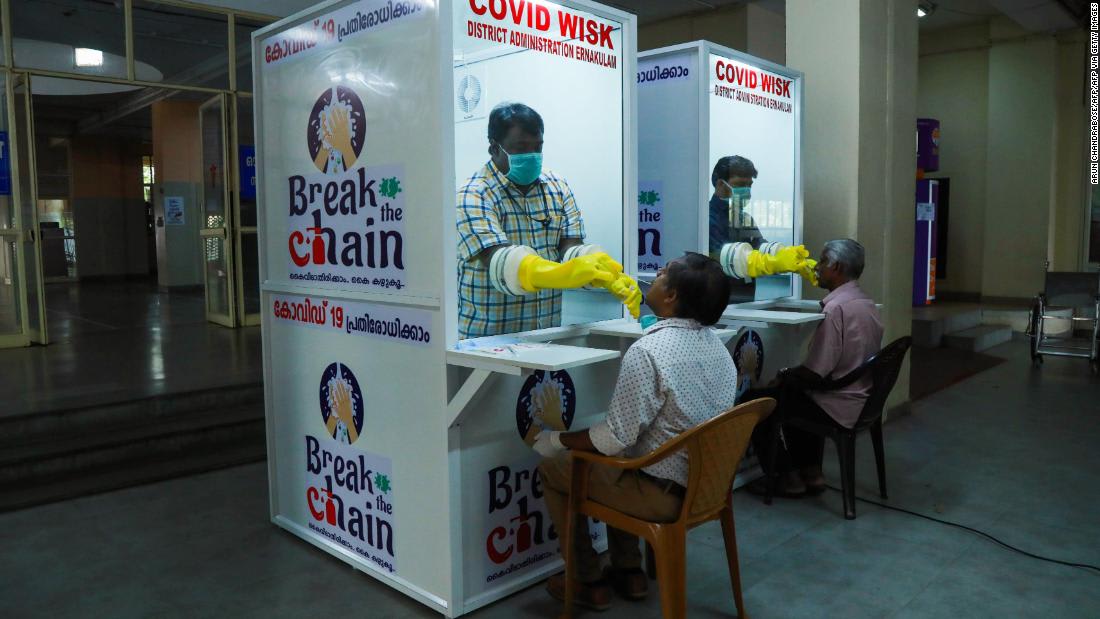