The patient had been relatively fine for the first 10 days he was down with Covid-19.

Just 38, he didn't fit the description of people at high risk of complications from the novel coronavirus.

"He had mild pulmonary symptoms that he was just sitting at home with," said Dr. Sean Wengerter, a vascular surgeon in Pomona, New York. "He had been diagnosed at an urgent care clinic and it was going fine at home. He just had a little cough."

Until one of Covid-19's surprising effects kicked in.

"Then he just woke up with both his legs numb and cold and so weak he couldn't walk," said Wengerter, who is division chief of vascular surgery at Westchester Medical Center Health's Good Samaritan Hospital.

Some of the other bizarre and worrying effects of the virus include: 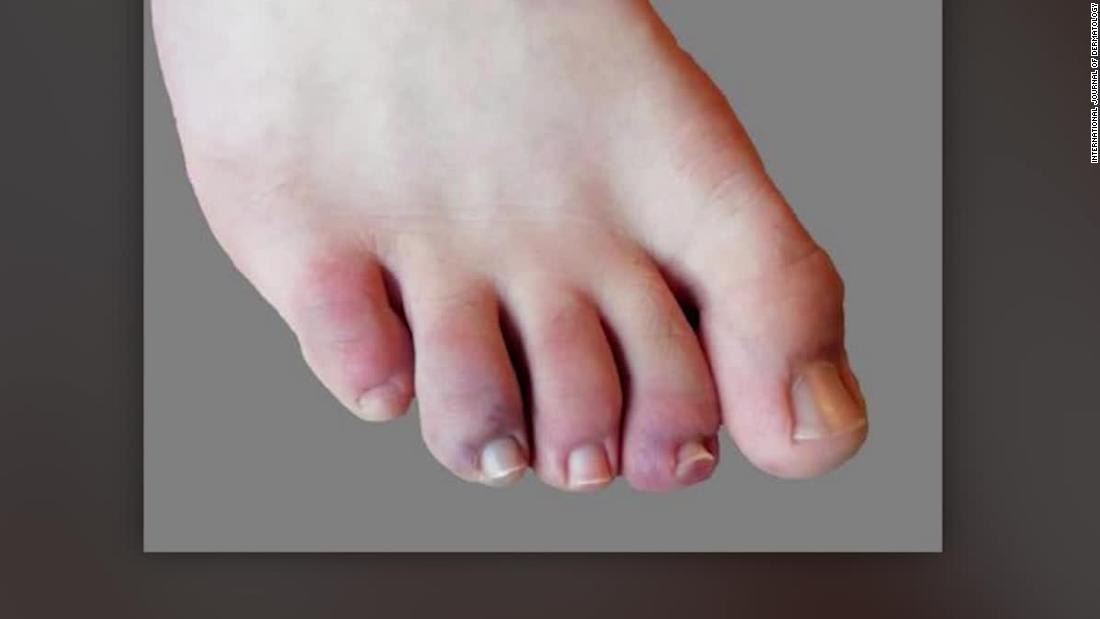 Colleges and universities in the US are right to think and “fret” about classes in the fall semester, in light of forecasts that there will be a substantial surge of novel coronavirus cases later this year, an infectious diseases expert said Tuesday.

Dr. William Schaffner told CNN’s Chris Cuomo that it is hard to predict whether cases will affect school openings.

“As with all of these things, I say there is not a right decision nor wrong decision, only tough decisions.”

Much will rely on local conditions and circumstances, Schaffner said. “It’s an awful choice, because on the other side is all the financial depredation that’s been going on, the cultural and social disruption, so it’s an exceedingly difficult balancing act.”

The California State University system announced Tuesday it was canceling nearly all in-person classes for the fall semester. The system has more than 500,000 students and 55,000 employees, according to its chancellor, who said he is concerned about the threat posed by the coronavirus coupled with the influenza season in the fall.

“If you have 500,000 plus people in close proximity on a daily basis, interacting with one another, that’s not conducive to mitigating the spread of the disease,” Timothy White told Cuomo.
“We can’t change the biology of Covid-19, but what we can do is change our behaviors individually and collectively as a university to minimize the current spread and morbidity and mortality of that.”

Prices are tumbling in America as the coronavirus lockdown drags on and people spend less.

US consumer prices declined for the second-straight month in April, the Bureau of Labor Statistics (BLS) reported on Tuesday. Prices fell by 0.8% on a seasonally adjusted basis in April, marking the largest drop since December 2008.

That's an alarming drop, dragged down primarily by falling gasoline and energy prices. But excluding volatile food and energy, prices still fell by 0.4%. That's the largest monthly decline in the so-called core consumer price index since the BLS began tracking the data in 1957.

Falling prices might sound like a good thing, but economists agree that deflation -- the opposite of inflation -- would be very bad news.

When prices fall because people aren't buying things, manufacturers sometimes can't charge enough to make the product they're trying to sell. That means they'll stop making those products and lay off workers. That can start a vicious circle in which demand continues to fall as more people lose their jobs. 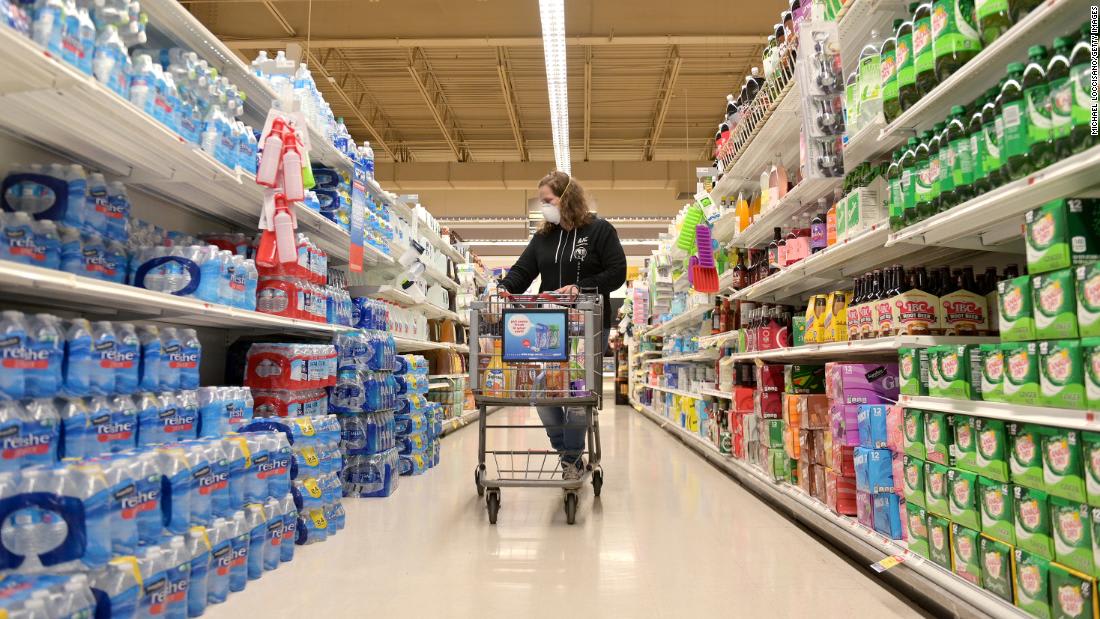 Prices are tumbling at an alarming rate

London’s transport operator is in a “critical” financial situation and needs to reach an agreement with the government in the next 48 hours, London’s Deputy Mayor for Transport Heidi Alexander said Tuesday.

Alexander told a Transport For London (TFL) finance committee that the local government body may be forced to issue a Section 114 notice, which is the equivalent of a public body going bust, if an agreement is not reached.

“It’s clear the situation is now critical ... and that there is just no sustainable way forward without direct government support,” Alexander said.

Across London, tube travel has been reduced by 95% and bus travel by 85% during the coronavirus outbreak, TFL said in a statement on Monday. On April 24, the organization announced it had furloughed 7,000 staff -- around 25% of its workforce -- under the government’s coronavirus job retention scheme. It said this would save it an estimated £15.8 million ($19.3 million) every four weeks.

However, a TFL document submitted to Tuesday’s committee says its loss from the "steep decline" in revenue for the full year is anticipated to be over £4 billion ($4.9 billion) and the remaining gap to balance its proposed Emergency Budget for 2020/21 is around £3.2 billion. It says TFL is in ongoing discussions around how this should be funded with the Department for Transport and HM Treasury.

“We have done everything possible to help reduce the spread of coronavirus by working with the Government to rapidly reduce ridership to low levels not seen for 100 years while keeping transport available for essential journeys, such as NHS or supermarket staff heading to work. This was the right thing to do and has saved lives. But given that 80 per cent of our income is from fares, it has had a highly significant impact on our finances and will do for the coming months,” a TFL spokesperson told CNN on Tuesday.
“This is why our finance committee will discuss a proposed Emergency Budget that prioritises what is essential for maintenance of basic services to support coronavirus government planning. This is an interim measure until we can propose a revised budget later in the year. But it is clear that the long term impact of the coronavirus will mean that we need financial support now and into the future so that we can support the recovery of London and the UK. We are in constructive discussions with the Government over the necessary financial support, and a successful conclusion to these is now extremely urgent,” the statement continued.

CNN has contacted the Department for Transport for comment.

Immune treatments and blood thinners can help children affected by an inflammatory syndrome that might be linked with coronavirus infection, pediatricians say.

“To date, most children affected have done well. Treatments have included anticoagulation, IV immunoglobulin, IL-1 or IL-6 blockade, and corticosteroids. Some children have only needed supportive care,” Boston Children’s Hospital said on its website.

The syndrome is marked by persistent fever, inflammation, poor function in one or more organs, and other symptoms similar to shock.

Kawasaki disease involves inflammation in the walls of medium-sized arteries and can damage the heart.

Smokers and former smokers, including e-cigarette users, have a significantly greater risk of developing severe cases of Covid-19 and dying from the illness than their non-smoking counterparts, according to a new study from the University of California, San Francisco.

“Smoking is associated with substantially higher risk of COVID-19 progression,” Stanton Glantz, a professor of medicine at the UCSF Center for Tobacco Control Research and Education, said in a statement.

The meta-analysis, or study of studies, looked at 19 peer-reviewed papers from China, South Korea and the United States. It found 30% of smokers developed more severe forms of Covid-19 compared to 17.6% of non-smokers.

“The meta-analysis showed an association between smoking and COVID-19 progression,” Glantz and colleagues wrote in the journal Nicotine & Tobacco Research.

“Smoking and e-cigarette use increase the risk and severity of pulmonary infections because of damage to upper airways and a decrease in pulmonary immune function in general, although these effects have not yet been studied for SARS-COV-2, the virus that causes COVID-19,” they wrote. “Smokers have a known higher risk of infection and mortality from MERS-COV, a viral respiratory illness caused by a different coronavirus.”

The analysis likely underestimated how smoking affects the risk of contracting the coronavirus in the general population, the authors said, because the studies the analysis is based on were only focused on those who had already developed Covid-19.

But the authors urged health officials to add smoking cessation for both tobacco and e-cigarette products to the list of steps needed to curb the pandemic, and are advocating for more data collection on smokers and e-cigarette users to see if they’re at greater risk of contracting the disease.

Workplace communication tool Slack is back online after being down for a short period of time this morning.

The outage was tough timing for the platform as workers have increasingly come to depend on the service for telework during the coronavirus pandemic.

Slack said Tuesday evening that it was investigating connectivity issues with the productivity app, following reports of outages on the service.

The company acknowledged that users were experiencing failures in sending messages, in a status update on its website.

Slack has more than 12 million daily active users, according to the company's website.

A key coronavirus model often cited by the White House has again raised its coronavirus death projection, now predicting 147,000 deaths in the US by August 4.

That’s an increase of about 10,000 deaths compared to the model’s estimate from this weekend, which was already higher than earlier projections.

On Sunday, Dr. Christopher Murray, director of the Institute for Health Metrics and Evaluation at the University of Washington, tied the earlier increase to “explosive increases in mobility in a number of states.”

Some states saw decreases in projected deaths, however, including Georgia, which is now expected to see 1,500 fewer deaths. The model’s projection for Indiana has also gone down by 1,600 deaths.

On its website, IHME said exact reasons for the changes vary by state. But the institute pointed to “epidemiological indicators and key drivers of viral transmission,” like changes in testing and mobility.